Ganesha Games says: "It's the theme song from the new Studio Ghibli feature anime. I never thought Japanese sung with a French accent would be so sweet."

I'll look forward to the movie (which title is it?), Studio Ghibli films are usually very good.
I love My Neighbour Totoro and Kiki's Delivery Service. For some reason Spirited Away didn't really do it for me. Princess Mononoke was great visually, but it didn't really stick with me. Whisper of the Heart and Howl's Moving Castle were good.
Posted by Eolake Stobblehouse at Saturday, July 24, 2010 7 comments:

Ganesha Games says: "It's the theme song from the new Studio Ghibli feature anime. I never thought Japanese sung with a French accent would be so sweet."

I'll look forward to the movie, they are usually very good.
(It's been years, I wonder if I've missed one?)
Posted by Eolake Stobblehouse at Saturday, July 24, 2010 No comments:

The Web Means the End of Forgetting

The Web Means the End of Forgetting, article.
Examples are proliferating daily: there was the 16-year-old British girl who was fired from her office job for complaining on Facebook, “I’m so totally bored!!”; there was the 66-year-old Canadian psychotherapist who tried to enter the United States but was turned away at the border — and barred permanently from visiting the country — after a border guard’s Internet search found that the therapist had written an article in a philosophy journal describing his experiments 30 years ago with L.S.D.
-
Posted by Eolake Stobblehouse at Saturday, July 24, 2010 7 comments:

India's iPad rival to cost $35, article.
It's too early to say whether this specific device will go places, but there's no doubt that more of them will come, and that the pad will get competition, perhaps serious competition, from below.

If it was me, I would focus on a few features it would do well, like text and networking, and then forget about the 10,000 features you can't do well in a super-cheap device.
Posted by Eolake Stobblehouse at Friday, July 23, 2010 3 comments:

"Urh, I think think you're cute and funny and all, but I think we have to consider the differeces in... our backgrounds... Please stop that while I'm trying to talk to you..." 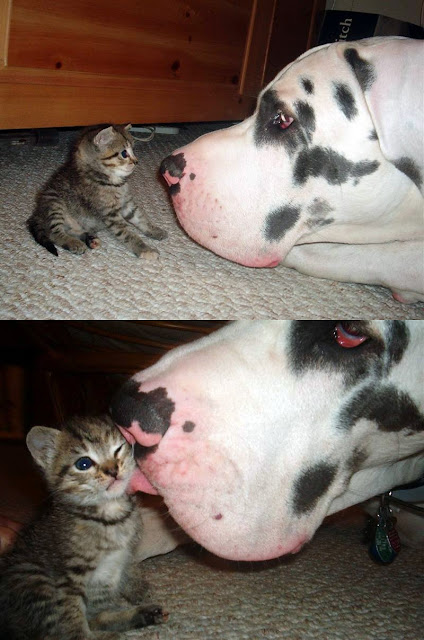 EepyBird's Sticky Note experiment, video. Rather prettier than the diet coke "experiments".
I wonder if you can buy sticky notes configured like this? Surely they don't shift every second note 90 degrees by hand!
Posted by Eolake Stobblehouse at Friday, July 23, 2010 5 comments:

Irina Vinnik drawings.
Weally cool. I really want the patience to do that. 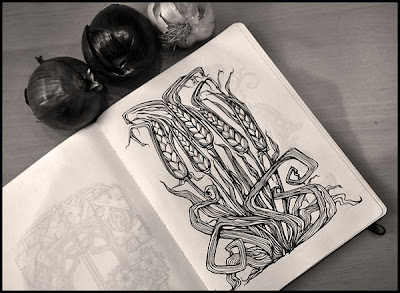 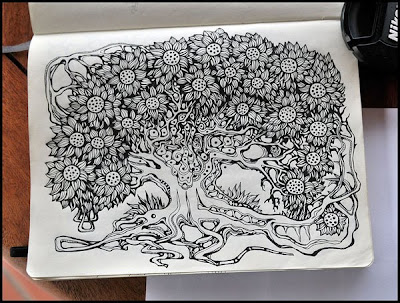 There are rumors now for both of the two giants, Nikon and Canon, that they finally will both make a play to counter the successful Micro Four Thirds cameras, which have exchangeable lenses but no mirror, and are more compact than DSLRs.
The rumors say that the Nikon will be mirrorless, but the Canon not. In any case, I'll look on with interest.
Posted by Eolake Stobblehouse at Wednesday, July 21, 2010 No comments: 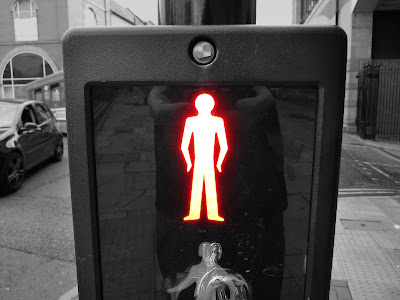 Love this guy's art. It it CGI, but it really looks like actual sculptures. 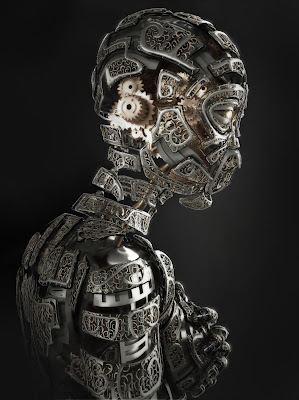 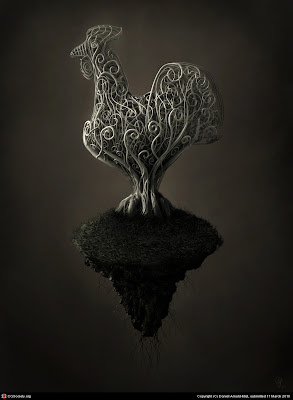 I don't know how long it's been, but I just noticed that now you can put a background page for Google. I uploaded one of the wallpaper photos I found recently. Look how handsome: 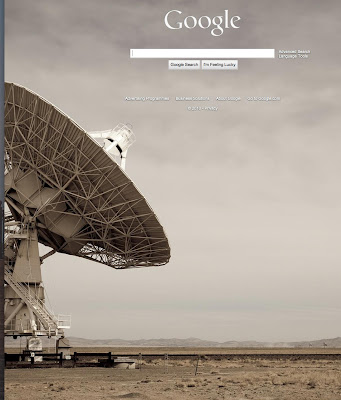 (To do it, click on the link in the lower left of the page.) 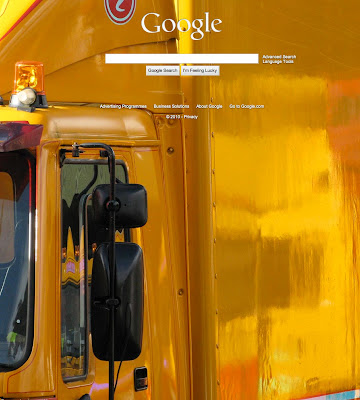 A video about only a sleeping girl to keep you company... How lonely can you get? 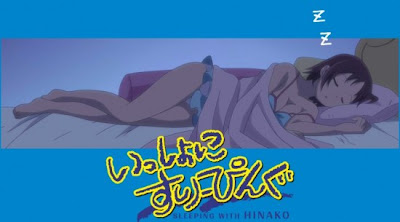 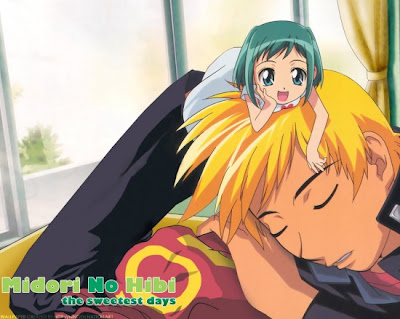 And an anime about a guy whose hand is somehow replaced with the top half of a girl. Urhm, how lonely can you get?

I've been looking at various note-taking apps for the iPad, and a new one seems way superior in flexibility and in user-friendliness (two things which are not easy to do well at the same time): WhiteNote (App Store link).

Unlike Apple's own braindead "Notes" app, it lets you change font and size, and that's just the beginning. It has search tools, live spell-checking, drawing tools, you can start typing anywhere on a page, etc etc. This is one well-though-out app. I almost never take notes, but this app makes me want to do it.

It's not free, but I think $3 is very reasonable for a good app.
Posted by Eolake Stobblehouse at Tuesday, July 20, 2010 1 comment:

The Odds Are Increasing That Microsoft's Business Will Collapse

The Odds Are Increasing That Microsoft's Business Will Collapse, article.

I don't expect a "collapse" as such, but if I had MS stock, I would be selling about now. Like the article points out, the vast majority of MS's income comes from Windows and Office. Windows is being undermined by small portable devices in the long trend, it would seem, and Office by more and more free competitors, not the least the online Google Apps, which is already successful, even though it's far from as fast or flexible as Office. You can dump prices, but it's hard to compete with Free.
Posted by Eolake Stobblehouse at Tuesday, July 20, 2010 5 comments:

He who every morning plans the transaction of the day and follows out that plan, carries a thread that will guide him through the maze of the most busy life. But where no plan is laid, where the disposal of time is surrendered merely to the chance of incidence, chaos will soon reign.
-- Victor Hugo

I have heard this said, and even emphasized, by other philosophers. It's funny, it never worked for me (except for a few necessary bits back when I was an employee). It works much better for me to go with The Flow, minute by minute.
I am wondering: those who need a tight plan for their every day, is it because they have many things they must do but don't really want to do? So that they don't get them done if they are not written visibly on a schedule?
Posted by Eolake Stobblehouse at Tuesday, July 20, 2010 8 comments:

It’s Not The Device Or The File, It’s The Internet, Stupid!

It’s Not The Device Or The File, It’s The Internet, Stupid!, article.
(I'm don't think this article is very clear, but it touches on central issues.)

I've been discussing this with Adam Engst recently: the "thing-ness" of things we sell. A paper book has much thing-ness. An ebook has less, but some. A web article has almost none.
Us middle-aged guys tend to be stuck in the value of a thing being a thing. But is that changing? And fast?

Update: Bron sez:
Whew, maybe I should go read the article, though I think you are treading on strange ground ... the thingness of a thing.

It's not that strange. It's the degree to which something feels like a collected, complete object, one which you can own and transport around, and easily define.

If I collected all the newsletters on my site as an ebook, it would have more "thing-ness" than they have just sitting on a web site. If I made them into a paperbook, they would have even more.

Some of us feel that more thing-ness makes things feel more valuable, and thus should help sales. But strangely it does not seem to be the case. My big success has always been selling memberships, not collections or CDs or tee-shirts or whatever.

But I still have an emotional attachment to a Thing. I still want to 'write a Book', rather than 500 blog posts.
Posted by Eolake Stobblehouse at Monday, July 19, 2010 14 comments: 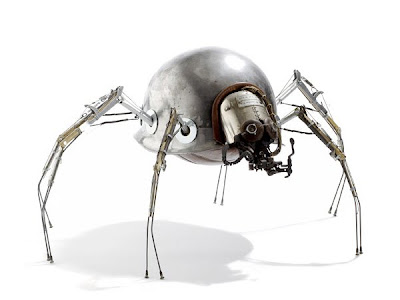 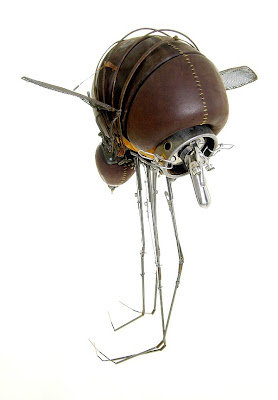 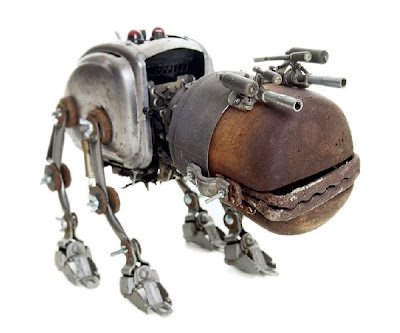 [Thanks to Tommy]
Posted by Eolake Stobblehouse at Monday, July 19, 2010 No comments:

This is partly to say thanks to Jaromir for my new iPhone wallpaper, and partly to point out what many surely will not have realized: that with iOS 4, you can now have an empty front page, and yet access to your favorite apps from there, via one or more folders in the dock (or whatever it's called in iOS).

This is my new primary screen on my  iPhone 4: 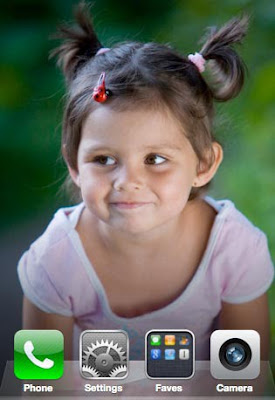 By the way, I can understand Apple being a bit strict regarding icon spacing and size on the small iPhone screen, but on the iPad, I really hope it will become more flexible when iOS 4 is released for it in the fall. You ought to be able to place a few more icons in the dock, change icon size and spacing to your liking, and so on. Resolution-wise, the iPad's screen is at least as big as most PC screens were in the nineties, and the OS should reflect this, methinks.
Posted by Eolake Stobblehouse at Sunday, July 18, 2010 2 comments: 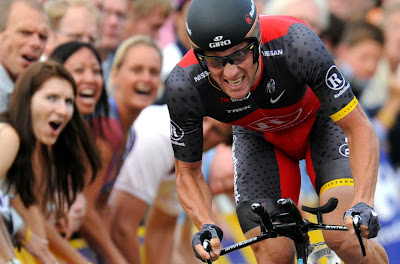 (Sports heroes get the girls.) 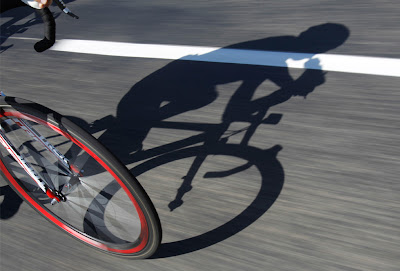 If you are interested in professional cameras like the new Pentax 645D, or if you enjoy a good French accent in spoken English, watch this video.

Here is a related (though computer-translated) article.  One of the points given is that this medium-format camera is barely larger than most full-frame 35mm-sized cameras like the Canon 1Ds. But the sensor is significantly bigger.
So far as I know, the 645D is the only medium-format camera with multi-point autofocus. Not a trivial point for many.
Posted by Eolake Stobblehouse at Sunday, July 18, 2010 No comments: