If the Ariel Atom seems crap to you because it does not have things like doors and a wind screen, you may consider the Bugatti Veyron. On the downside, it does cost sixty times as much as the Atom. On the upside it's a bit faster on the long stretches. (OK, it's faster than a formula one car.) And more importantly (for me) it is one dang gorgeous object. Maybe I can get one for half price if I don't need the engine? 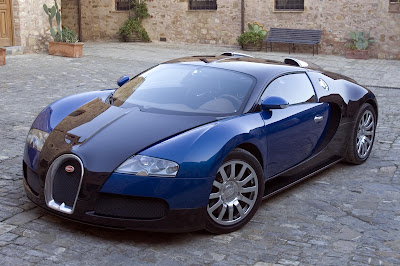 (Don't worry, this won't become a car or technology blog, I've no doubt there are plenty of those. I just have a fondness for extraordinary products of any kind.)
Posted by Eolake Stobblehouse at Friday, March 02, 2007 12 comments:

Funny enough I once met a man who said exactly that, and he was actually a stammerer!

---
Update: I suddenly see why a commentator thought this post was "harsh". Well, obviously I don't mean it's funny that somebody is a stammerer. But it is funny that he was living this joke, and just like the man in the joke he was completely overlooking the very likely evidence right in his face that his statement was dead wrong. It seems quite likely that the terror of living with violent parents could turn somebody into a stammerer.
Posted by Eolake Stobblehouse at Thursday, March 01, 2007 27 comments:

Talking about typing, Pogue just posted this article about controlling the PC and Speech recognition in Windows Vista. It sounds very cool. Perhaps I should get Parallels and install Vista on my big Mac. Even when you're a good typist, it still takes a lot of concentration and corrections. At least it does for me. And Pogue and others say Dragon NaturallySpeaking 9 is "eerily accurate", and that Vista is very close even without it.

OK, I would not imagine it would be good for programming, but somebody had to try. This is funny. (The funniest thing is that the guy starts out making a demo of how easy it is, and at the end, after a million silly problems along the way, apparently still thinks it's a good demo of that!)
Posted by Eolake Stobblehouse at Thursday, March 01, 2007 12 comments: 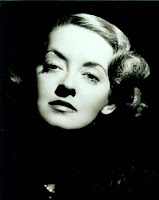 I don't take the movies seriously, and anyone who does is in for a headache.

Old age is no place for sissies.

People often become actresses because of something they dislike about themselves: They pretend they are someone else.

Psychoanalysis. Almost went three times - almost. Then I decided what was peculiar about me was probably what made me successful. I've seen some very talented actors go into analysis and really lose it.

This has always been a motto of mine: Attempt the impossible in order to improve your work.
Posted by Eolake Stobblehouse at Thursday, March 01, 2007 5 comments: 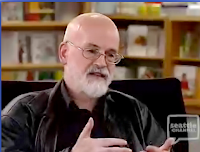 Here is an excellent interview (video) with Terry Pratchett. I like his insights into how literature and different genres work.
O, and it's funny too, which won't surprise you if you know his books.

Update: Here is another video. (Thanks to Through The Lens for pointing out that there are many on YouTube. Amazingly that hadn't occurred to me, just a day after I pointed out that you "can find anything on YouTube"...)
At the beginning of this video, you see Terry typing. He is using a tiny laptop. I hope that when he is home he is using a proper full sized keyboard (I love my TactilePro). But worse, he is typing with two fingers! One of the best decisions I made when I was young was to learn ten-finger typing (touch typing I think it's called in the English speaking world), and to keep it up. This makes the typing of, for instance, a blog entry a ten-minute job rather than the half-hour labor it could have been. It takes a while to get really good, but it is very much worth it.
Posted by Eolake Stobblehouse at Wednesday, February 28, 2007 12 comments:

The Ariel Atom. Built by a seven-person company in UK.
I can't believe it's a road car.
It costs no more than a family car, and it has the same engine as a Honda Civic, but it accelerates like a high-end sports car! This is due to its only weighing 500 kilos.

Update: there is even an electric version which can also beat a Porche in acceleration! (This is not your dad's electric motor.)

(I'm getting hooked on YouTube, you can find anything there.)
Posted by Eolake Stobblehouse at Tuesday, February 27, 2007 11 comments:

Read this interview with my pal Ian Webster, industrial designer extraordinaire.
I've written before about the speakers of his I have myself.
Posted by Eolake Stobblehouse at Tuesday, February 27, 2007 1 comment: 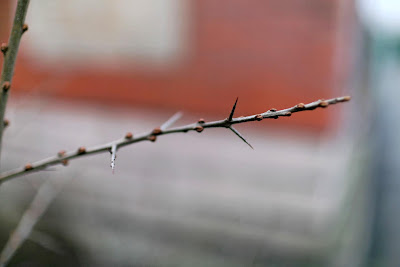 I found Joe Mama while researching lenses for portrait photography (with soft backgrounds). He rocks. Such quiet style and sense for composition. 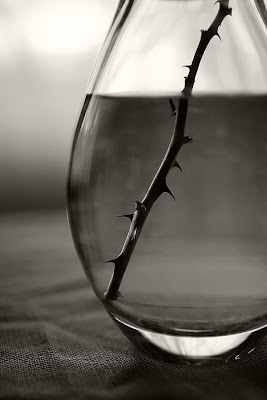 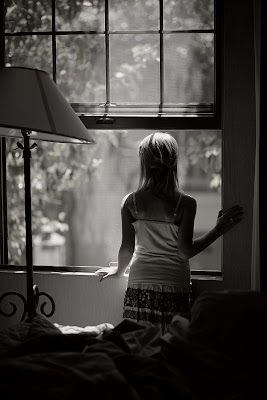 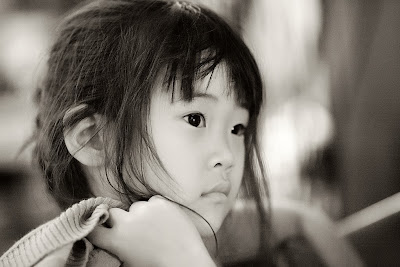 I've decided I don't know what I'm trying to do with photography, or if I'm succeeding.

I no longer think it can be intellectualized.
So I'll just let my Higher Self guide me, and hope.

Update: From the first comment to this I now realize the above sounds like it's a bad thing. But I don't mean I'm stuck or something, on the contrary, it's probably better than ever. I just mean that while it's going great, I can't say where it's going, but that's fine with me.

---
Funny, for many weeks now, I have so often been dreaming at night about photographing. I don't know why, I didn't used to, despite having done it on and off for over thirty years.
Nothing terribly important or emotional about it, a camera and photographing just is part of the dream, like riding a bicycle might be. And very varied cameras and situations too. For instance the night before yesterday I was using a tiny cardboard camera which was also a digicam. At one point I took a snap of myself watching a film featuring Iggy Pop...
I don't know what it all signifies.
Posted by Eolake Stobblehouse at Monday, February 26, 2007 12 comments:

Wow, and how about this one?
Photo by Ferenc Beleznay, as found on Imaging-Resource.com. 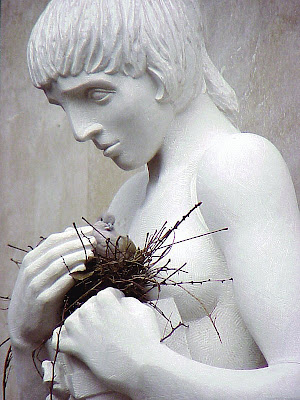 Just look at this photo from Antarctica by Michael Reichman. Awesome.
I recommend his site Luminous Landscape. Though more for the articles about photography than for the photos. 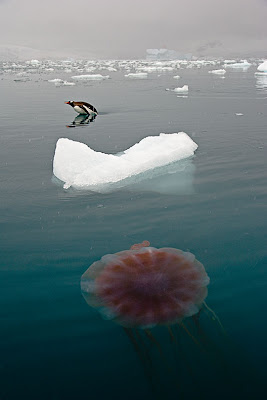 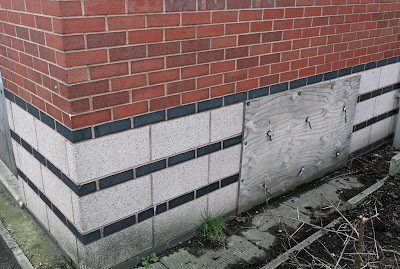 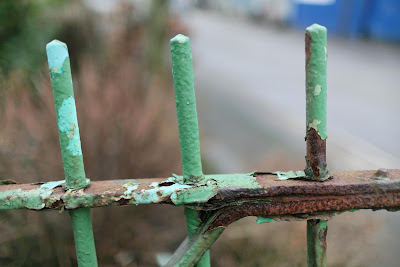 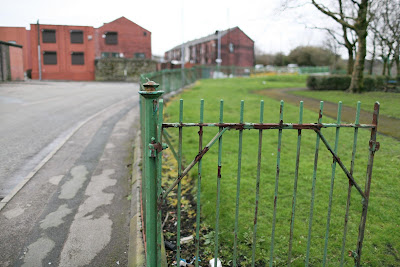 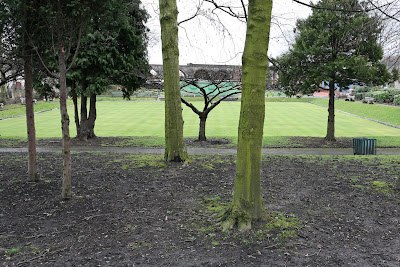 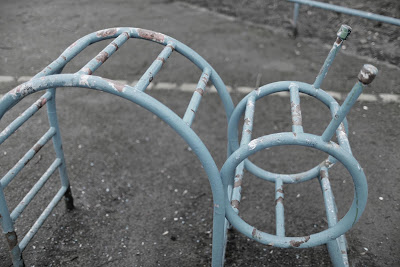 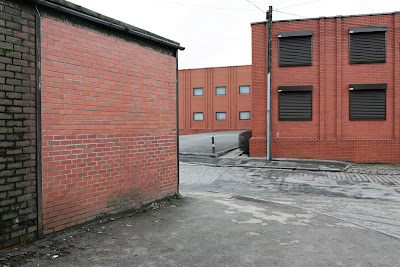 A Different Approach to Fasting...

I didn't write this, it was found circulating, though in a slightly different form. I just thought it's good advice. - E

A Different Approach to Fasting...
Fasts have a tendency to be oriented toward things like giving up food or television. But there are many other creative ways we can welcome a healing touch. Here are suggestions you may want to consider.

1. Fast from anger and hatred. Give everybody an extra dose of love each day.

2. Fast from judging others. Get inspired by the best people you know.

3. Fast from discouragement. Trust in a higher plan for your life.

4. Fast from complaining. Recall the many good things in life.

5. Fast from resentment or bitterness! Work on forgiving those who may have hurt you.

6. Fast from spending too much money. Try to reduce your spending by ten percent and save up for a rainy day or a constructive project.

There's the rub. It's not so easy. But it can be done. It just takes a little knowledge, and time and training. I am making great headway with "A Course In Miracles". Now that's not an easy study, but there is help in the audio works of Ken Wapnick, and in a book named "The Disappearance of The Universe." Warmly recommended.