No details? No problem. 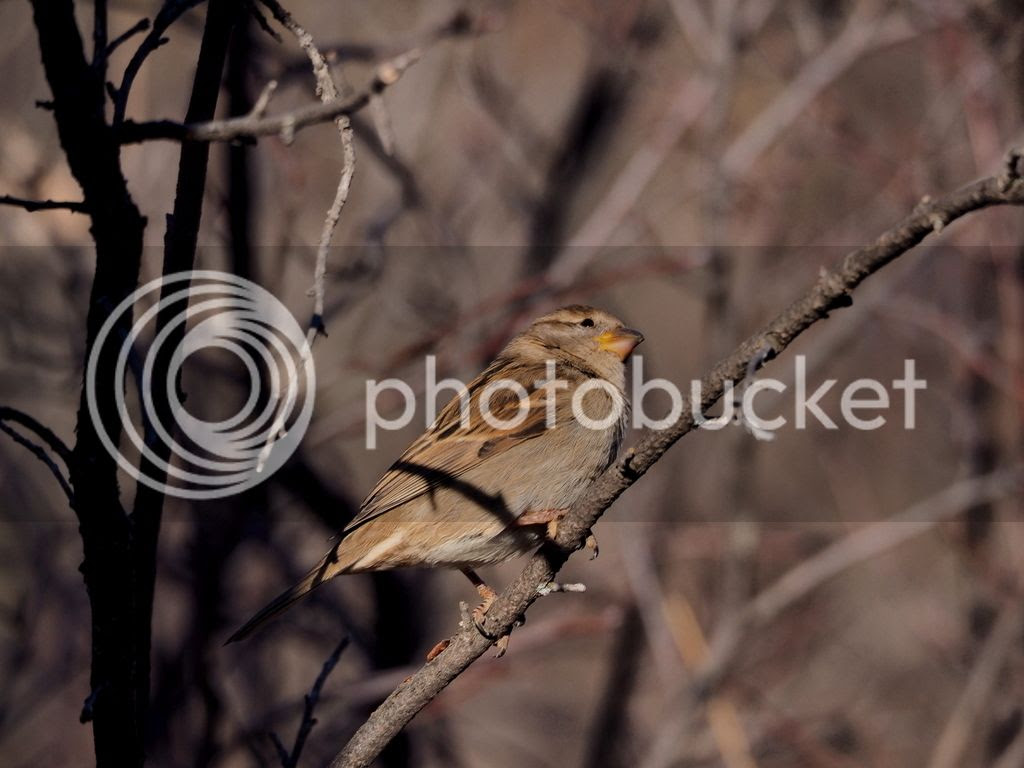 Fred S posted this picture on a M4/3 forum. He was worried about the black shadows without details and asked for help.

I said:
The picture is beautiful as it is. In fact, to my tast, the black branches add drama and tension to the image.
I spendt years as a teen, with books and photoclubs, being taught that all photos must have detail in all parts. (Ansel Adams' Zone System ect.)

Why?? It's just an arbitrary idea. Did God step down and proclaim that it had to be so? Do people ask painters "why are there no details in that area or in that area?"

It took me years to unlearn it. I now have found out that artistically, actually some of my pictures have much stronger and better effect if I sink the shadows into blackness on purpose. One datum I learned too late: The Zone System was a TEACHING AID for students, it was never meant to be a tool for an educated photographer! It was meant to teach the student CONTROL over the tones, it was not meant to teach him that "all photos must have details in all areas".

---
Addendum: Obviously, in photos, like certain architectural ones, where there are important details in ALL of the parts of the photo, of course you would want to show them all. But I think ultimately that's a minority.
Posted by Eolake Stobblehouse at Saturday, March 19, 2016 No comments:

So, I tried out a Canon full-frame camera. Wow, it had ISO settings up to 25.000! Keeeewl.
So I shot some hand-held test shot with a fast 85mm lens. Most around 1/50th second.
And what do you know? They were shaken! Shaken just enough to not be useable.

My Olympus ILC (Interchangeable Lens Camera) has "IBIS", meaning in-body-image-stabilization. So whatever lens you put on it, you get really solid help with holding the camera still, when hand-held. And I've gotten used to that with most lenses, I can get sharp pictures at 1/8 to 1/15th second, sometimes even longer.  It was a small shock to be suddenly cast back to the Bad Old Days without IBIS.

So in a nutshell: Though the big and heavy full frame camera had ISO up to 25k (though rather grainy), which gained me about three stops of use in low light, the lack of any stabilization in either lens or body cost me three stops of the same. So net effect: zero.

Sony now has full-frame cameras (the A7 series) with IBIS, and the newest Panasonic Micro Four Thirds camera also has, finally. This is great. Well done those makers.

Left behind are the Big Boys, "CaNikon", Canon and Nikon. For whatever conservative reason of their own they have chosen only have stabilization in the lens, in a minority of lenses. And in many situations this costs your three stops of light. When we think of how much we have to pay (in money and weight/size) to get a lens of a given focal length which is one or two steps faster (a lot), this is just... a ridiculous waste.

----
By the by, related subject: I've seen it claimed that the heavy cameras make it easier to shoot long shutter times without shake. My experience is quite opposite. I think because the heavier the camera, the more the muscles strain, and there for shake. With my first M4/3 camera, I found to my delight that even without any stabilization, but with a more relaxed position, camera at waist height, screen tilted, with less weight, a softer shutter, and no big Mirror Smash (mirrorless cameras, remember?), with a 40mm-e lens I could actually take dead-sharp pictures at 1/15 second a lot of the time.
Posted by Eolake Stobblehouse at Thursday, March 17, 2016 5 comments:

If you can navigate your way between the hurrican of ads* that some sites now insist on, you can find a video here of a very kool new kind of air vehicle; basically it's like one of those small camera drones, blown up to two-man size.
Unlike a helicopter, which is very difficult to fly, this is not, it's basically self-flying. And it makes for less emissions, and I think, much less noise.

*I looked now for adblockers for iPad, and found I already had one, NeverAds, but it was turned off, possibly after last OS update. So I turned it on, and what a difference; that confusing and ugly web site is now simple and beautiful.
What a refreshing experience to see the content without having to make several decisions about what text, pictures, and especially links, is content and which is advertising. (They're disguising it now in many subtle way, like making it hard to see immediately which is a "next page" link and which is a link to promotions.)

Short video selection of Anthony Howe's astounding kinetic art. I wish the resolution was higher, but still it's hypnotic. And amazing to think anybody building this.
Posted by Eolake Stobblehouse at Wednesday, March 16, 2016 6 comments:

Interview with a designer

Charlie Rose interviews Jony Ive, Apple head designer for 20 years. If you like insight into how sharp minds work, don't miss this.
Posted by Eolake Stobblehouse at Wednesday, March 16, 2016 2 comments: