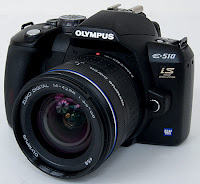 Olympus EVOLT E-510 review.
Sounds to me like a good camera. I like that it's compact, economical, and that it has image stabilization built into the body so it's available for all lenses. (Though some claim it's more effective when built into the lens.)

Alex inserted:
"CCD's are smaller than a 35mm negative, on most bodies I've looked at, Nikon, Pentax, and I think Cannon, there is a scale factor to apply, can't remember exactly, but its almost like a 1.2* magnification."

Indeed. More than that, actually, most cameras have around a 1.5 factor, which makes wide angle an issue with old lenses. (This is what they call the "APS sized sensor".)

Canon 5D is currently the only camera in a reasonable price range with a full frame sensor. Which means that it utilizes the frame fully, but also that it's a bigger issue if a lens has poor corner performance.
Posted by Eolake Stobblehouse at Thursday, July 26, 2007 36 comments: 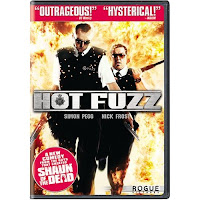 Hot Fuzz.
Starts as a character study.
Develops as a murder mystery.
Continues as a tight parody of most film genres you care to think of. (Oddly, no romance though.)
Ends in the most wonderfully absurd slam-bang shoot-out and action fest you have seen since Blues Brothers. I'm not kidding, it gets bigger and bigger, both the action and the comedy. It's amazing. Warmly recommended.

... Actually, there sort of is a romance, between the two main, male characters. Completely platonic, though. But it seems the film makers were not blind to it, for in a couple of outtakes, the two actors mock-made-out after scenes.

They actually put in as many movie cliches as they could, even using Roger Eberts book about them for inspiration.

It seems the film is a who-is-who of great British actors. I didn't know any of them, sorry to say. I didn't even recognize Timothy Dalton, who has a major role.
Posted by Eolake Stobblehouse at Thursday, July 26, 2007 1 comment: 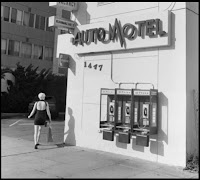 Thanks to Mike Johnston for pointing to this video about Henry Wessel's photography.

For some reason I was not aware of Wessel's work, but it's really wonderful. Exemplary "street photography".

The video itself is also impressive. It shows the difference between the typical U-toobe video and a professionally produced one. Even in the sheer image quality: you can view it at 200% and it's still sharp and no artefacts.

I would debate this, though:
Henry Wessel: "In the still photograph you basically have two variables—where you stand and when you press the shutter. That's all you have."

Well, you also have:
* Choice of B/W or color.
* Direction in which you shoot.
* Contrast.
* View angle of the lens.
* Aperture.
* Shutter speed.
* Focus.
* Exposure.
* Framing. (Though this is a result of a few of the above.)
* Camera format (influences sharpness etc).

Notable also that Henry uses the kind of camera that we are still waiting for in digital photography: compact, high quality build and high image quality, light weight, very responsive, fast, simple to use.
Posted by Eolake Stobblehouse at Wednesday, July 25, 2007 5 comments:

Fast laptop roaming.
Sounds cool.
Man, I'm so happy I don't have to get in any planes or even cars in my work, though. A ten-meter commute is all right with me.
Posted by Eolake Stobblehouse at Wednesday, July 25, 2007 22 comments:

[Thanks to Norm.]
A few years ago someone discovered this photo, taken in Brussels in 1886 by photographer Victor Morin, who took a number of photos of local clergymen.
There's no note on it about who's the subject, but it was taken when Vincent van Gogh would have been 33.
I think it's him. The skull shape and the hair lines are exactly the same. 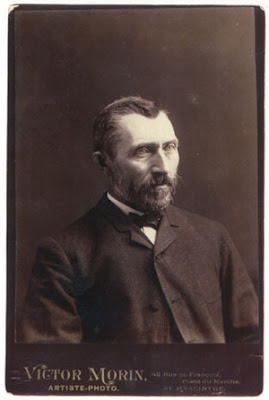 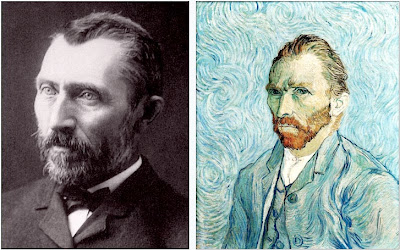 -----
Michael Burton comments:
The man in the photo seems older than 33, but it's certainly an intriguing resemblance.

I almost wrote about that. People in the eighteen hundreds lived several decades shorter lives than we do now, and Vincent was a troubled soul. I think it very likely that he would look fortyish at thirty-three.
Posted by Eolake Stobblehouse at Wednesday, July 25, 2007 5 comments:

I'm not normally one for posting "funny baby pictures", but I do think these really are funny, and more so, very well done. It is really not easy to make clothes that fit and so on, in the computer. Or to make a baby look like Michael Moore!

I would have made it a link if I could find the originals. However when I visit the site written on the pictures, all I get is some stupid commercial portal page. Funny enough, it contains this: 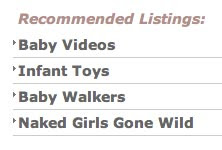 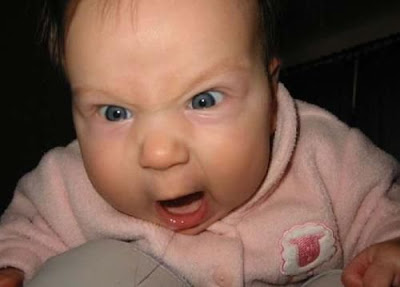 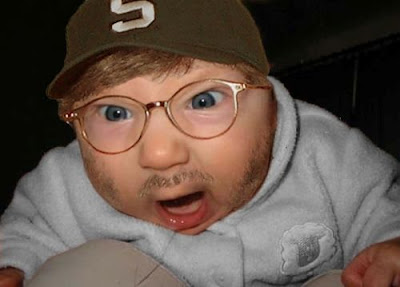 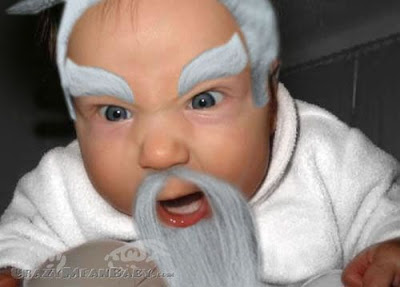 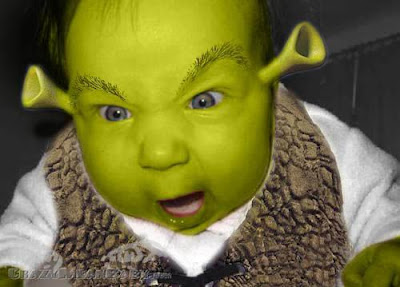 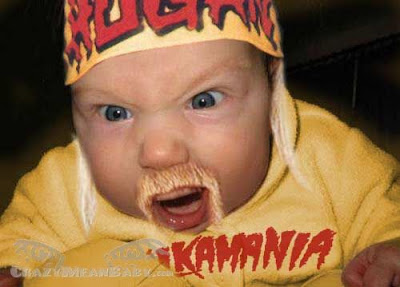 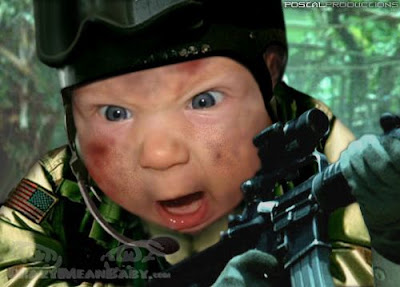 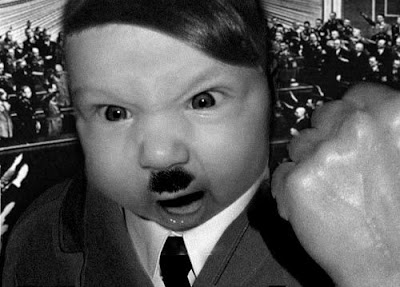 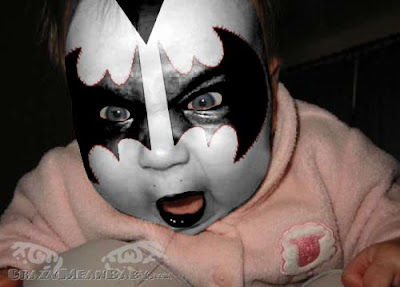 Mr Woo's Robots.
Makes you wonder why good robots are so rare yet. This man builds them from junk!

I guess it depends on you definition of robot. I've seen some pretty awsome robots working production lines, but then a robotic arm looks a little less like a robot, and how much "intelligence" does it have? A lot of these robots are blind, but have a sense of touch.

The more impressive robots are like those bipeds put out by Honda a couple of years ago. To see a bipedal, humanoid robot walk up stairs is quite impressive.

It turns out that they are introducing autonomous cars now. There is a trial turnpike in Southern Cal where they are embedding transponders in the road for course guidence and the vehicles are also equipped with adaptive cruise control (forward looking range finder, typically radar to govern headway).

More impressive robot cars are the ones raced in Nevada every year. These things have binocular vision to navigate the terrain. They are raced across the desert, and not on a track.

Home robotics is becoming more accessible. Lego Mindstorms have adopted a more powerful processor, and now have tools from National (ViewLab) which is a WYSIWYG editor, and 3rd party add on's include accelerometers and colour sensors. The older sets could have a video camera, but then became tethered to a PC. I only know two or three people who have scratch built home robots. We'd BS about how they'd do certain things, things that seem so simple like "how can I get it to plug into it's charging station in a way that is cat friendly."

Oh, there are hacks for Roombas out there too, you can mod them to do things other than the random clean patterns. I've heard tell of them being used to play Frogger - which strays into the realm of more money than sense, or urban legend.

One of the most interesting pieces I've read about robots was a chapter in Bradburys "The Silver Locusts" (Martian Chronicles), though Asimov certainly has much to say.

From the video it looked like Mr Woo had a combination of automata, and some seem to be controlled machines. I've seen many automata, be they clockwork or air logic or sequenced motorized critters. Woos automata have an interesting gait, more complex than an old 1950's tin robot with it's interlocking feet.

Ah, to have the time and resources to build something more that a simple trundle that can follow a line.

Robotics is very advanced now, the field I find fascinating are nano-bots.

So, my top fave robots of fiction:-
Maria from Metropolis - best styling.
Huey, Dewey & Louis from "Silent Running" most human non-humanoid robots.
Gort from "The Day the Earth Stood Still" (aka Gnut from "Farewell to the master")
Marvin - the most wretched of souls from the Hitch Hikers Guide.
Data - the Android from Star Trek Next Generation.
Posted by Eolake Stobblehouse at Tuesday, July 24, 2007 12 comments:

I think The Onion is a bit hit-or-miss, but the best is good. For example: 70 percent of all praise is sarcastic.
Posted by Eolake Stobblehouse at Sunday, July 22, 2007 13 comments:

Don't be afraid of taking matter into your own hands.
[Thanks to Anurag.]
Posted by Eolake Stobblehouse at Sunday, July 22, 2007 14 comments: