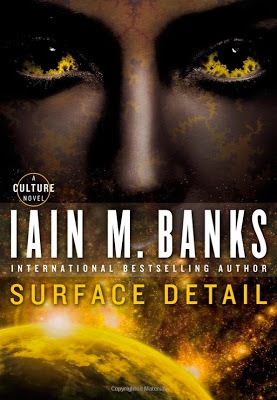 For future reference if nothing else. 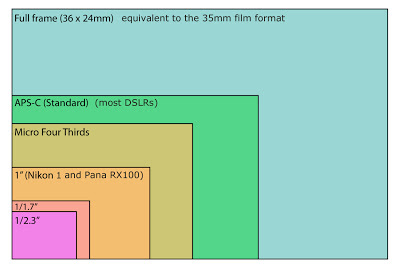 This graphic is larger than life. (Micro Four Thirds is 13.5x18mm, and Full Frame is like the old negative size 24x36mm.)
Which shows how much sharper sensors can be made than film normally was. (Many phone cameras have even smaller sensors than the smallest here.) The smallest successful film format was the Instamatic 110 casettes (the small, flat cameras). The negative was 13x17 mm, which made for very poor image quality if you tried to go above the 4x5-inch standard prints. Attempts at even smaller formats (Kodak Disc!) were too horrible even for casual snapshooters, and failed. And yet the "1/2.3" size (I swear they use these terms just to hide facts) is only 5x6mm and can give great results! (If the light and lens is good.)

Here's a 2013 article about what sensor size matter.
Posted by Eolake Stobblehouse at Saturday, July 06, 2013 No comments:

How to Photograph Fireworks Displays

How to Photograph Fireworks Displays, article.

Posted by Eolake Stobblehouse at Thursday, July 04, 2013 No comments: 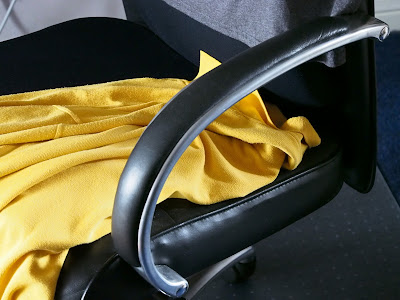 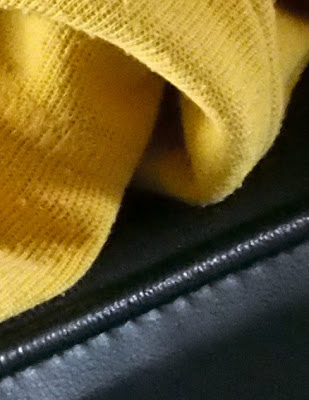 A note: the E-PL5 (and a couple similar cameras) is a dream camera for street photographers. After waiting impatiently all through the "noughties", we finally got our digital street camera: compact, rapid response and focusing, and image quality good enough for gallery pictures. And this specific one has a tiltable screen, which I feel is very useful for a more flexible viewpoint and for not spooking the natives.
(If you want a pocketable camera with zoom and outstanding image quality, look at Sony RX100, which has just been announced in a M2 version with tiltable screen.)
Posted by Eolake Stobblehouse at Thursday, July 04, 2013 2 comments:

Leica has come out with a brand new model, the X Vario, which is "economical" compared to most Leica cameras at US$ 2,850.
It's an APSC sensor, meaning pretty big, and it has a fixed zoom lens. Which means this zoom has to be either real damn big and expensive, or it has to be slow and limited in range. Leica chose the latter. It is 3.5 to 6.3.

Worse, in my opinion, is the zoom range: equivalent of 28mm to 70mm. I have had a few cameras and zooms with this range, and I consider it rather useless. 70mm is not even telephoto, it is just long-normal.
In contrast, I've also had, and still use, cameras with a 28mm-120mm range, and I consider these highly useful, going from taking in a landscape or a room, over normal, to covering all normal portrait ranges, to short telephoto.

For me it's a deal breaker. I almost think you may as well make it a prime lens then. This would make it faster, and more compact. And you could crop with limited quality loss. In any case, it doesn't appeal to me. Every time I use a camera with only a 2.5X zoom range, I think 'what is this good for'?

Okay, it should be said, the image quality of the X Vario is outstanding by all reports. That's good. If it wasn't, what would be the raîson d'etre of it? I'd rather get, for example, one of the new Fuji X-mount cameras, which also have great quality. And exchangeable lenses for much great flexibility.

I think that if Leica had stepped one more step down in sensor size, to Micro-Four-Thirds size, they may have had a much more interesting camera. It could be almost the same image quality, be rather more compact, and have a greater zoom range.
Posted by Eolake Stobblehouse at Monday, July 01, 2013 No comments:

Irv Thomas passed on peacefully recently, in his eighties. He was a friend and example to many, and one of the most active and famous hitch-hikers in the world. 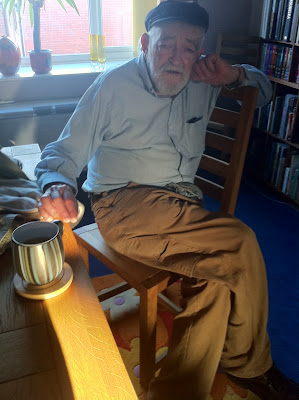 (Photo by me, when he visited me a couple of years ago.)
Posted by Eolake Stobblehouse at Sunday, June 30, 2013 5 comments:

Aaralyn and Izzy. The singer is six. It's original growl thrash heavy music by her and her brother, nine. I think she is better, and scarier, than most adult male growlers I've heard.

(Notice the look she gives her brother at 1:20 when whazface says he can't wait to hear their "sweet music".) 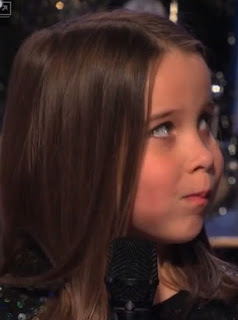 Posted by Eolake Stobblehouse at Sunday, June 30, 2013 No comments: