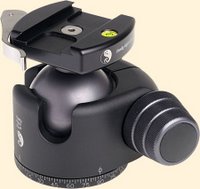 Great post on my friend Mike Johnston's excellent photography blog, about the bold new world of quality products from small producers.
Posted by Eolake Stobblehouse at Saturday, August 12, 2006 No comments:

Reseach Note #1
[I have decided to occasionally put up "research notes" on this blog. It is doubtful if they really belong here, since they are not really intended for a big audience. But I put them up 1: so there is an "engraving" in the universe of them for the future. 2: so others have a chance of finding them, for example if they have similar findings. Anyway, this is far out metaphysical stuff, so take it or leave it, but don't take it too seriously. Love, Eolake]

I've found a fierce energy blowing like the wind over the landscape.
I noticed that I didn't want to go out, taking a walk to a favorite restaurant. Especially crossing a high point in the landscape.
(Note: for handling "subtle energy", a lot of info is on emotrance.com. It is all just energy, and it needs to flow, not be blocked.)
I researched (looked at) this energy. (In the beginning this gave me a headache.) It seems that in this area (Lancashire, UK), it always come from the North-West. Unusually for subtle energy, it does not go through matter like it isn't there, but is partially hindered by physical objects. So it is stronger in high points in the landscape and open spaces.
It seems to be there all over the planet. And it goes to the core and beyond the orbit of the moon, but it is strongest just over the surface. I've no clue what generates it, probably it is geological somehow. It does not seem to have or relate to any conciousness.
At least for me it seemed a bit fierce at first. But that is always just a consideration which can be changed, and I've got a good handle on it now. And the good news is that like any such thing, when handled well it is just another source of free energy if one wants.

Post Scriptum: taken out of context it might appear as if I consider this energy to be very important. But it probably isn't, no more than any number of natural phenomena one might find in the world. It just aroused my curiosity because it was so distinct and I had not heard of such a thing before.
Since the late eighties I, and many others, have seen and worked with the Subtle Energies that generate things, worked with them much more directly than previously in human history. These things as a whole are monumentally important. Emotrance has given me a tool to better understand them, and accelerated my progress in research and in life tremendously.
Humankind is now starting to see the inner workings if the universe where before we mostly just saw the mere surface. I think by the end of this century this world will be so much different that previous change will seem like pocket change. (Ha ha.)
Posted by Eolake Stobblehouse at Saturday, August 12, 2006 8 comments:

There's been several indications that my spirit animal is a wolf. (My crainosacral therapist did not know that, yet she saw it today.)
And today I had a vision of a wolf running through the forest.
He is going somewhere, but he is not rushing, and he does not have a target or goal. He is completely present.

Thinking about it later, I realized the difference be goal-oriented living and goal-free living...
Goals make complete sense... when you know exactly where you're going... and you know every feature of the landscape ahead!

Which is why goal-free living is becoming more popular and much more sensible in the past decade or two: We are clearly "not in Kansas any more" on this planet. And those of us who have noticed the landscape change on us every minute have slowed a bit, and we are going along on intuition day by day, for it is the only thing that works.
Posted by Eolake Stobblehouse at Friday, August 11, 2006 13 comments: 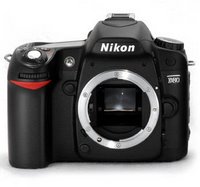 If you have postponed getting a digital SLR (exchangable lenses) until the price/quality ratio was right, perhaps the time has come.

"Shooting with the Nikon D80 was a blast [...] Though I only had a short time, I was pleasantly surprised by the Nikon D80's easy nature. "Easy" doesn't really do justice considering the depths you can explore with the D80 if you want to, but I'm referring more to its ability to reach out and get the picture you want in the way that you want it. [...] Nikon has hit on the right combination of camera capabilities and zoom range, such that I'd call the Nikon D80 a near-ideal camera. I'm not sure the competition could have seen this one coming, especially the groundbreaking inclusion of a very good quality 7.5x zoom. Add a bigger viewfinder, more integrated access to the Nikon Creative Lighting System, a 10.2 megapixel sensor, very fast performance, and some of the best enhancements from the Coolpix line, and Nikon has another potential runaway best seller on its hands."

This is from the article linked above, a very experienced reviewer. I'd call it very promising indeed. :)
Posted by Eolake Stobblehouse at Thursday, August 10, 2006 21 comments: 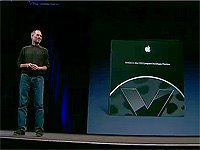 If you are at all interested in Macintosh computers, you will love the Steve Jobs keynote speech in streaming video.
Highlights: New professional machines. Making fun of Microsoft who are stealing even more blatantly than ever before (seriously, it is getting ridiculous). And preview of the next OS, which includes some features which interest me quite a bit more than I had expected, to be frank. Lovely stuff.
Posted by Eolake Stobblehouse at Wednesday, August 09, 2006 4 comments: 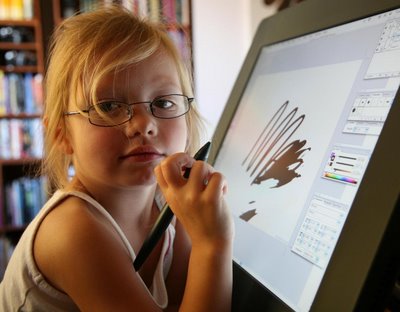 Here is my new webmaster, Jade, hard at work at the Wacom.
She is having a little tough time with the graphical user interface, since she is used to Pascal. (The programming language, not the frequent commentator at this blog.)

Update: it seems my joke here was a little subtle. Actually Jade is not entering the work market for probably another decade. She is five years old.
Posted by Eolake Stobblehouse at Tuesday, August 08, 2006 9 comments:

The Photograph Which Gave Courage

Last night I dreamed this. I was amazed, it seems so real, yet it is not, and I have never made something like this up while awake. I saw the photo and everything.
Eolake

The photograph which gave courage

In May 1942 a simple photograph made the rounds of all the large newspapers in the western world. It inspired and gave courage in those hard times.

It was a portrait, taken candidly, of a serious young man, perhaps sixteen years old, reading the holy bible.

It was a close-up of his face, locked in concentration upon the small bible in his hands, held closer to the camera and slightly out of focus.

The young man had small round glasses, and he seemed so devote and intent, and yet so serene, that Christian viewers all over the world felt their own courage swell as a result.

The photographer was given as Niels Juel, Karrebæksminde, Denmark. The camera a prewar Leica, probably a 90mm lens.

But two years later it was revealed: Niels Juel was not the photographer... and the young man in the picture was... Heinrich Himmler, later to become second in command to Hitler in the German Nazi regime!

Of course many people became bitter upon this revelation, there were even a few suicide attempts reported.

But perhaps the moral of the story is: if you can draw great courage and inspiration from something which was not what you thought it was, can't you draw the same from simply your own thoughts and decisions?
Posted by Eolake Stobblehouse at Tuesday, August 08, 2006 2 comments:

I wonder if this a blogger record?
Do you have an afternoon to kill? Then read the debate following my suicide post. More funny and interesting than you might think. And 34,000 words so far!
Posted by Eolake Stobblehouse at Tuesday, August 08, 2006 2 comments:

Thanks to Rockin', Shockin', Bloggin' David Pogue for the tip of the amazing free "Ted Talks" lectures.

Oh, and I agree with David: the Jeff Han talk/demo is amazing. I hope an interface like that comes to my computer very soon.

Another one, very important, is Ken Robinson:

"My contention is that creativity is as important in education as literacy, and we should treat it with the same status."
- Sir Ken Robinson

"If you're not prepared to be wrong, you'll never come up with anything original."
- Sir Ken Robinson
Posted by Eolake Stobblehouse at Monday, August 07, 2006 4 comments: 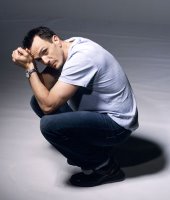 Some TV shows:
Huff
The L Word
Six Feet Under
The OC
... have many things in common: Excellent cinematography, good stories, great actors, a good sense of humor.
And those particular ones have one more thing in common, what I call the-late-season-one-weepy-face-syndrome.
I am not sure what happens, but it might be that the writers/editors feel that they have to Up The Interest so as to make it to a second season of the show. I don't know, but the fact is that those shows late in Season One just seemed to lose their sense of fun, and the comedy which lifted the shows so nicely. Things got weepy and serious, and the characters f***ed up their lives way beyond what was in character, or necessary, they just started making oodles of bad choices.
As a result the shows got boring. What a pity. 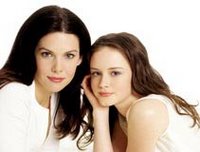 Especially since some shows demonstrate it this not necessary. Of course all the great comedy shows. And also The West Wing, Gilmore Girls, and The Sopranos.
The Sopranos, actually, I had a realization about (after watching five seasons!): that it is a comedy! A sometimes dark and certainly subtle comedy, sure, but a comedy none the less. Just one more thing that goes to show that we are not in Kansas anymore, as it were, and that this is the golden age of TV.
Posted by Eolake Stobblehouse at Sunday, August 06, 2006 4 comments:

"Where The Hell Is Matt?" 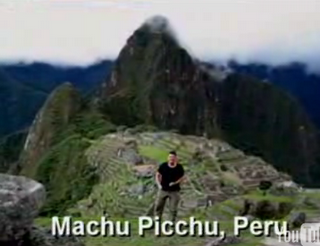 It is just a guy doing his little jig ALL OVER the globe, but somehow... somehow it is really cool and funny and touching.
Posted by Eolake Stobblehouse at Sunday, August 06, 2006 2 comments: