Limit search to one site

Here's a really useful Google trick which many people still don't know about, how to limit a Google search to one site.
Today I got an email:

I am looking for some of my favorite stories from many years ago, but am not finding them. One was of a group skinny dipping in moonlight when one lost a watch or something. The author had a flashlight, which he shined near, but not on, the girls who were looking. Do you remember the story, or know which newsletter it is in?


The way I found it was, I put into google:
site:domai.com flashlight
(No space after the colon.)
This limits the search to the given domain.


---
There is another good trick: say somebody sends you a good article in email, but there's no clue where to find it on the web. Then you take a phrase from the article, and put in into google, in quotes (which tells Google to keep the phrase whole), for example:
"Then Daniel remembered about the flashlight"
... which finds the same old newsletter, and no other page.

The story and look is a bit more traditional Disney than it is Pixar. Which immediately is not the greatest impression I could get. But some details seem promising, for example lookit the screenshot. I like that the her hair looks more hand-drawn than it looks rendered. It adds a bit of the abstraction I'm missing in the trailer otherwise.
Ah yes, lack of abstraction, that's what felt weak to me. And of course, I'm not crazy about pre-industrial stories or fantasy in general, paradoxically most of it seems to lack the very imagination which the genre by definition allows so much of. 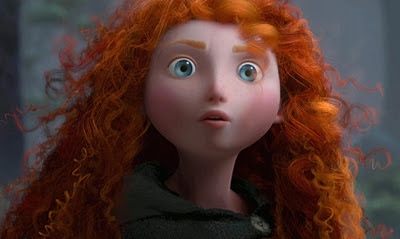 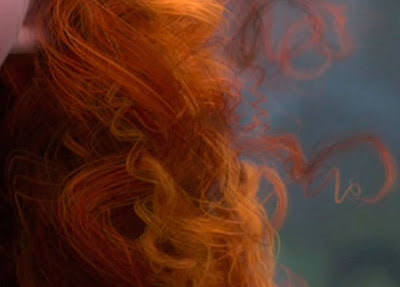 And there's rumors that the next-next Pixar movie will be quite abstract, taking place in a girl's mind with personified emotions, sounds interesting.

I have read that when Pixar was little and unproven, they had to resist a lot of pressure from Disney to make Toy Story a musical. For one, I'm happy they did!

Not that I dislike Disney, I usually enjoy their films. For example Hercules and The Emperor's New Grove are very funny (and lovably abstract, especially the latter), good, and seminal.

Update:
Alex mentioned ParaNorman. That looks like fun. And the light in it is beautiful, see for example the short clips neat the beginning of the trailer, of the sunrise-lit street and the hero seen through a window. It seems to be a stop-motion movie, I wonder how they make such beautiful lighting.
Posted by Eolake Stobblehouse at Thursday, January 19, 2012 6 comments:

I just noticed there's a 90210 show on TV. I could'na believe it, my sister was a fan of that show over 20 years ago!
But apparently it is the forth series in the "franchise".

Now like then, the actors seem too old to be in high school. And now, man, how thin are some of those girls!? (One of them shown on the right.) Damn, they're barely even attractive. It seems like the bigger the obesity percentage grows, the more people over-compensate in the fashion- and now the entertainment-business.
While I'm being gratuitously critical, none of the actors are exactly overflowing with personality either. But maybe it goes with the bubble-gum tween-twit TV show genre. The characters they portray are the rich and popular kids, and if one of them were to be burdened by a personality, he would be out in the cold faster than you can say "fake tan".

I have seen one show in the genre which I liked though, I wish I could remember the title, but it had ironic distance and was funny, because it was a parody of the culture and intrigue which goes on behind the scenes of a TV show like it.
Update: it was Grosse Point.
Posted by Eolake Stobblehouse at Thursday, January 19, 2012 29 comments:

Recommended books about the computer revolution:

Fire in the Valley

Bought this postcard recently, I think it's very funny.
You certainly can't accuse Jayne of not knowing what to do with what she had! That may be the most daring dress I've seen. And anything which can make Sophia Loren cast jealous glances askance is something else. 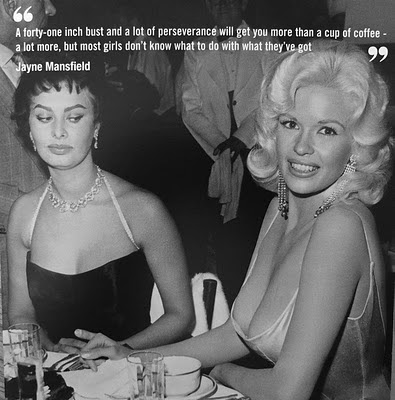 Mmm, I actually recall very little I've seen with either of the ladies. Any recommendations?
Posted by Eolake Stobblehouse at Wednesday, January 18, 2012 16 comments:

I Dream About You - Yuka Honda

Posted by Eolake Stobblehouse at Wednesday, January 18, 2012 No comments:

It is surely in its infancy yet, since somebody has to code in an object before the app will do anything with it. But it seems quite promising if the tech catches on.
Posted by Eolake Stobblehouse at Wednesday, January 18, 2012 1 comment:

Lady Gaga is creative director for Polaroid? This world is so dang weird. How about David Beckham becoming CEO of IBM?

I posted this about next generation cameras on my tech/tablet blog.
Posted by Eolake Stobblehouse at Tuesday, January 17, 2012 No comments: 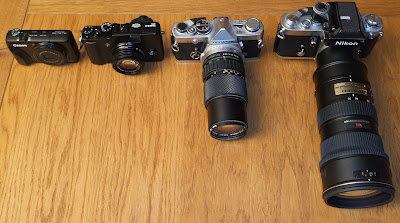 Posted by Eolake Stobblehouse at Monday, January 16, 2012 No comments:

I tried a pub for lunch today where I haven't been in a while. They have new owners and they do food all day, which is great.
Also it turned out that the burger I got was really excellent, a nice surprise, I have been wanting more choice for lunch. Heck, even the corner sofa seat I got was the most comfortable I've sat in for a while. Good lunch time.
There was this great low January sunlight, so I took these pics. (Canon S90, "you don't need to know you got it with you".) 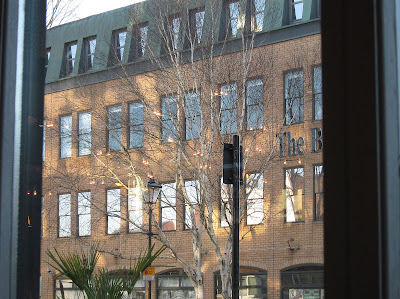 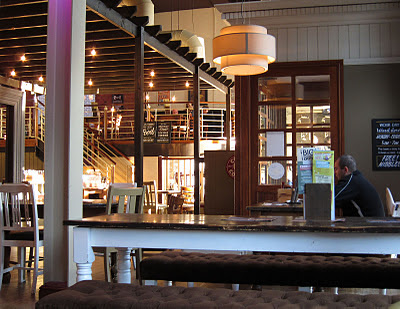 While walking and eating I listened to David Pogue's recent novel. I used an iPod Nano in a Lunatik Lynk wrist chain. It's a pretty geeky item one might think, but it looks nice, and it works well both as a watch and an iPod. 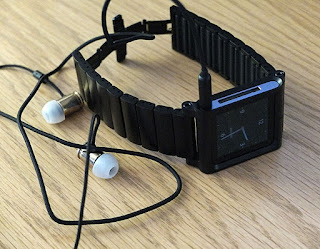 On the way home I walked past a watch shop. Most men's watches seemed to be around 5,000 pounds sterling ($8,000). And I guess that now everybody has the time on their "moby", we can no longer pretend that pricey watches are not, well, jewelry. I wonder how such a shop survives in a working class town.
Posted by Eolake Stobblehouse at Monday, January 16, 2012 5 comments:

You never know what you have

I just found out I can watch Lovefilm films over my bluray box. Kewl. I watched Gran Torino last week over that service on my iPad, lovely movie. (It's a limited range of movies, of course.)

Imagine it, I've had that box for well over a year, but I never tried the Internet services on it before today! I only tried it now because I wanted to check a thing (X-Pro1) on youtoobs, but it was also dinner time, so it would be handy if it could be seen in the living room.
Posted by Eolake Stobblehouse at Sunday, January 15, 2012 No comments:

Posted by Eolake Stobblehouse at Sunday, January 15, 2012 No comments:

Our friend EmptySpaces took this lovely photo. Unlike me he likes working with film, this was taken on Fuji Neopan 400. And on a "Black Slim Devil", though I confess ignorance as to what that is. Aha, here we go. Surprisingly not a nickname. Looks kool, and I like the rubber grip and the super-wide lens, that's rare in affordable cameras, probably because they are tough to make with good corner-quality. Which you can't say the BSD has, but I like the look. It's out of stock, but seems to have been reincarnated as the Blue Ribbon.

I just came across these couple of pics, I don't believe I've ever posted them before. They were taken in 1998 or 1999 with my first digital camera, a Nikon Coolpix 600, where I lived in Lyngby, Denmark, near Copenhagen.
Believe it or not, the linked files at 768x1024 pixels are the full camera resolution... How times have changed. I bough the camera for about $600, just marked down from over a thousand. But even at such basic quality, the immediacy of a digital camera was exciting. 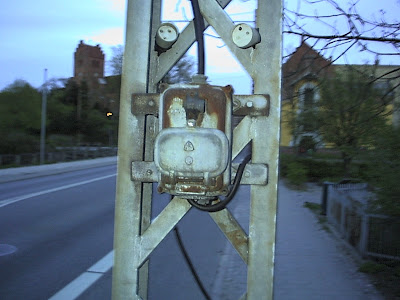 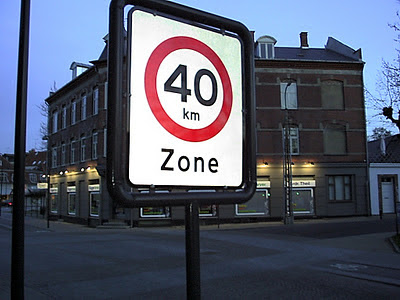 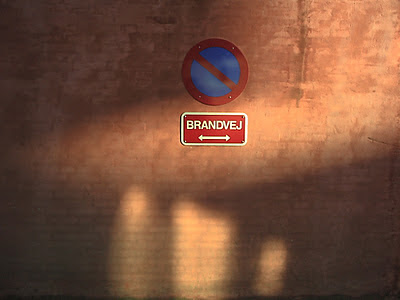