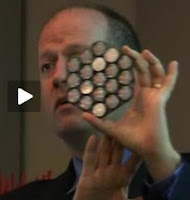 Adobe's prototype super-3D. (French text, English video.)
I don't know if it'll ever be practical (that lens is awfully big), but it's kewl.
Posted by Eolake Stobblehouse at Saturday, October 06, 2007 1 comment:

How did he die? He crashed his microlight!
That's how I'd like to go at 85.
Especially if it was shot down by a jealous husband.
---
RonC comments:
Roger McGough, the Liverpool poet, offers some other suggestions in his poem 'Let Me Die a Young Man's Death' -

Let me die a young man's death
not a free from sin tiptoe in
candle wax and waning death
not a curtains drawn by angels borne
'what a nice way to go' death.

One of the few 'laugh out loud - and then notice that you are thinking harder about what was said' poets, perhaps ?

But for a photographer like Eolake, maybe a poem taken from the Barkers' pix 'n poems collection 'Portraits of Poets', where Roger McGough's photograph is accompanied by his poem The Survivor:

Everday
I think about dying.
About disease, starvation,
violence, terrorism, war,
the end of the world.

It helps
keep my mind off things.
Posted by Eolake Stobblehouse at Friday, October 05, 2007 20 comments:

One Laptop Per Child

The XO Laptop is finally out.
It's so cool. I want one.
(I realize I have to donate one also and have an American friend buy it for me. That's all right.)

There's so many excellent things about it. Like: it runs on 2 watts? Wow.
And the nice usability of the screen without backlight is great. I wasted my money buying an AlphaSmart Dana a couple of years ago. The keyboard was great, but the contrast of the screen was so low that it was pretty much unusable. Very disappointing. (OK, sadly for my cafe-writing ambitions, the XO does not have a good keyboard. Still waiting for the superior portable writing machine.) (Don't say pen and paper, I need to be able to read it too.)
Posted by Eolake Stobblehouse at Friday, October 05, 2007 17 comments:

I've noticed that much of the genius of the muppets are the myriad little ways the puppeteers make the puppets come alive. One example I just noticed was that when one muppet accidentally came too close to another one in an otherwise dialogue-driven scene, the other muppet flinched. It did not add anything to the plot or the comedy, but it did help the character seem alive. A puppeteer has to be really invested in a character to make stuff like that happen in real time.*

Another example is how the slinky dancers in the clip below look down just by the puppeteer turning the tubes a little.

Apparently there's a sizable subset of the population, particularly here in the UK, who are strongly antipathetic towards "ginger" people, meaning those with red hair, light skin, and freckles.

I've seen hints in TV shows before, and today I looked it up after viewing the South Park episode about it (in season nine). And it's real. I talked to the local shop clerk, and he says his daughter is like that. Where she works she will let another employee take the till if a ginger customer comes in. If too many ginger people are on TV, she will change the channel.

Even one of the South Park creators admits to being freaked out by them.

Isn't it bizarre? It's just a color, like blue eyes. And for me, I find real red hair to be just gorgeous, particularly on girls.

I have to say it again: isn't it bizarre? Isn't there a limit to how irrational you'll allow yourself to be?

scuba steve adds:
I've heard about it, and it's bizarre. It doesn't seem to really exist outside of the UK, though. A red haired kid in the U.S. might get teased a bit, simply because it's rare, but that's about it.
The kind of prejudice that appears to exist in the UK is definitely very weird.
I, too, find red-haired women very attractive.
BBC article
2nd BBC article

Of course, one problem is that you can't suppress things like that. The more attention you put on it, the worse it's likely to get. 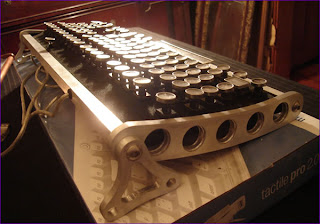 The keyboard in these pictures is mine, I'll get it next week.
I'm speaking literally, this specific one is mine, it's the first Mac keyboard he has made.

Ray said...
Those keys look like ones on an old 1948 Underwood manual typewriter that I had reconditioned once, and recently donated to a pair of nice gals who run a shop where they hold monthly writing group meetings, using old typewriters. I also gave them an old Remington from the fifties, and
the girls assure me they have a good home and are much appreciated. 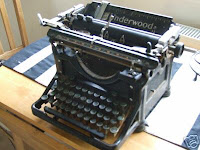 Yes, those old typewriters are beautiful.

(And clearly these keys are designed to be reminiscent of them.)

I have a fondness for mechanical objects from the early 20th.

I am considering buying a typewriter like that for decoration. I don't need to restore it, but I'd like it to look nice, so the question is: how do you clean a thing like that? 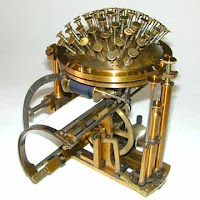 ... The web is amazing. A decade ago, if I had suddenly developed a (no doubt temporary) interest in vintage typewriters, I would have had to go to the library and see if they had any books about them, and they probably wouldn't have. Today I can google it in ten seconds and find wonderfully informative sites like typewriter.be. (I love its simple and handsome design too.)
Posted by Eolake Stobblehouse at Wednesday, October 03, 2007 19 comments:

A different kind of talent.

I found her on South Park. I didn't imagine she was real and has a real career.

She even sings AC/DC! Don't miss this.
I've actually bought her rendition of Highway To Hell on iTunes. Heavy metal doesn't come better than this.
Posted by Eolake Stobblehouse at Wednesday, October 03, 2007 3 comments: 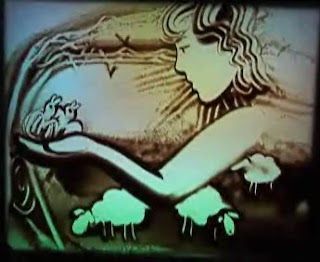 Last year, a friend of mine who lives in Denmark, had visited London and like the anglofile he is, bought the Times, and found in it a lottery ticket, which indicated that he had won something. He was quite excited, but the ticket indicated that the prices were only available to UK residents, so he asked me to help.

It was all quite complicated, there were many different prizes one might have won, and to find out which, one had to call a number and go through a lengthy phone menu. The number was a pay-per minute number, but surely it was worth it. At the end was a number I had to write down, they had not warned about this, so I had to call twice... Altogether I think it cost me $15 (£8). Plus my time.

On and on, mail in coupons, blah blah blah. I don't remember all the complexities, but in the end, no prize has ever materialized for my friend, only quite a few junk mail "opportunities" for me, since I had put his name on my address. (I sent them back and they stopped coming.)

Say they get 50,000 people to call that phone line at one pound per minute. That's good "business".
Posted by Eolake Stobblehouse at Tuesday, October 02, 2007 5 comments:

I cracked, and got one of the new iPod Nanos. It really is a big step up in design, it is gorgeous. Best hardware anywhere. And the high-rez screen is amazing.

Aesthetically, one small flaw, in my taste: the white scroll wheel does not match the subtle blue of the case. Even grey or black would have been better. 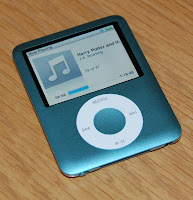 More seriously: I had looked forward to the high-rez screen, so I can read the full title of an audiobook without having to sit and wait for several seconds like a chump, waiting for the text to scroll by at its snail's pace. (I often use this, because audiobooks are divided into several parts, and the number of the part only come after the title, which often is long.) And what did they do? They put the book cover filling half the screen so the text has to scroll anyway...

But wait: didn't I see an option in iTunes to turn off the art on the screen? Oh yes I did. Plug in the pod, and turn this off. Testing, testing. Now, instead of the album art (which was too small to be useful anyway) is... a generic iTunes musical note icon, even less useful, and still using the space which could have been given to the text.

[Update: I just updated the software on the iPod, and it deleted all my careful selections of the main menu items. Oh, come on. Apple, you can do better, you do so all the time.]
Posted by Eolake Stobblehouse at Monday, October 01, 2007 3 comments:

I must admit to historical and geographic ignorance, but I've just heard something which seems very interesting:
Which two countries had the greatest economic expansions after WWII?
Japan and Germany.
Which two countries were not allowed to use any resources on military power after WWII?
You think those free-up resources had anything to do with that economic expansion?
Posted by Eolake Stobblehouse at Monday, October 01, 2007 15 comments:

I am just watching the "Leonard Cohen - I'm Your Man" movie. One of the best bits is Martha Wainwright singing "Traitor":

I think "I'm Your Man" is one of the best songs of the 20th century. I can't find a good version on YouTube though. Here is one with the man himself. But like everybody else, live, he messes up the delightful "macro rhythms" the studio version has. By which I mean that slow, heavier beat about every three seconds. What's that called?

Update: OK, I found the studio version playing over the title sequence, here it is: