Here are videos about making liquids and grains move and make shapes according to sound played at it.
They have made a music video, but to my taste, the music is boring and monotone, and the Making Of videos are much more interesting.
Posted by Eolake Stobblehouse at Friday, November 21, 2014 No comments:

Here is an interesting 50-minute documentary about the "Ulfberth" viking sword, which is mysterious because it was far superior to most other swords of the time, it had much stronger and purer steel, and must have been made with methods which apparently the vikings didn't have. The docu also shows the making of an Ulfberth sword for the first time in 800 years.
Posted by Eolake Stobblehouse at Thursday, November 20, 2014 7 comments:

Believe it or not, these sculptures, created by a new kind of 3D printing, can't even be seen with a microscope, it takes an *electron-microscope* to see them! 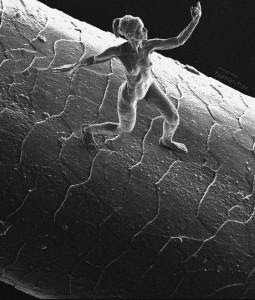 I've been waiting for animated superhero films for adults. Well, it has started.
And it started with the best material possible: Frank Miller's The Dark Knight Returns (which oddly is the original, not the sequel.) and his Batman: Year One. (Dark Knight is in two parts, wisely.) The latter not drawn by Miller, but making the name of David Machucelli. (Who I don't think has done much since, except his Daredevil collaboration with Miller, which was also stunning.)

Both real dang good,  and surprisingly, astoundingly true to the source material. (Especially Dark Knight, I've never seen an animated version being so close to the original art. Fortunately, because this was Miller's masterpiece. It has at least four distinctly different drawing styles in it, and yet it works beautifully as a whole.) (Admittedly the movie plays down the differences in those styles, understandably.)
And both available for free if you are an Amazon Prime member. (I am, they keep piling new freebies on that deal.) (Update: it appears that this is not "free" in the US, a pity.) 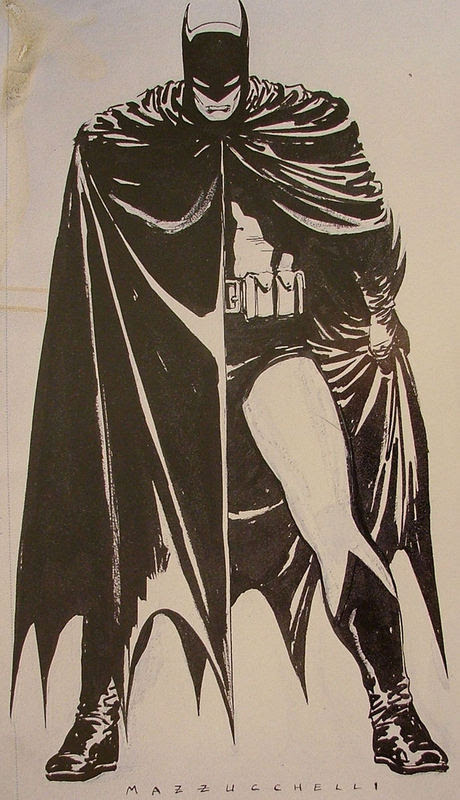