Is a mobile phone bill still typically $70 in the US?
Here in the UK things are sometimes crazy. A friend of mine got a new phone with a 12-month contract, and get this: it's a Samsung 19300 Galaxy S III. It has HD screen and everything. And she gets free UK calls, unlimited texts, and 100MB of data... all for about $25 a month!
That's just crazy! Why the heck did I spend $700 when I bought a Galaxy Note SIM-free? 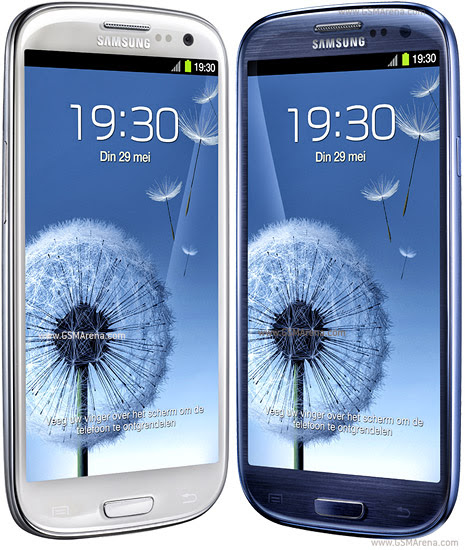 High-rez, 5-inch screen. Good camera. Etc. Apart from my slight dislike for Android, this is a beautiful phone.
I love the new phones with 5-inch screens for reading (and web surfing, video, etc). Apple is shooting themselves in the foot by not making one.

Mobile bills in the US are still that high or higher.
I got my S3 last April and love it. Its a GSM and I took it to Eastern Europe with me, switched out the SIM and was up and running. 4G was everywhere, so I had good internet the whole time.
I used it as an e-reader and took lots of photos of the grandkids.
It seemed to do everything I needed and saved me having to carry three other devices, an e-reader, a camera, and a pad/tablet for e-mail. In today's restricted carry on environment, that was a big help. Security ignored phones, but gave laptops and pads close looks.

Just so!
I always want reading material with me. Which means an iPad Mini at least, which means I need to bring a bag, and keep an eye on that continually. A 5.2-inch phone would need that the majority of the time I would not need that.

--
I'm trying to update the software in my G Note 1. But it refuses to do so without a SIM. So I'm trying to put in my SIM card, but it seems that the sim-to-micro-sim adapter is stuck in the slot inside the Note! Durnit.

You know who you are... if you have been downloading Game Of Thrones illegally, this is what will come after you! (Well, it can cover 600 miles of land with a good run-up.)

The article calls it "pirate catcher". But I doubt the US gov would use serious money mainly to handle the pirate problem. But I admit it's a stimulating thought. I dislike problem handling with force, but I have have an even worse dislike for pirates. A friend of mine, a young Chinese woman, came to Denmark as a child. At one point, she and her mother was a long time on a refugee boat. They were hit by pirates. After they had stolen all they could, they - get this - the pirates poured gasoline on all the food. Man, that's nice people.

I just got my first Christmas catalogues... in September! Arrgh.
I remember when people used to complain when xmas started in November.
Posted by Eolake Stobblehouse at Thursday, September 19, 2013 1 comment:

This is a commercial Canon video, but it is beautifully made (especially if you click on the youtube logo and select a large size), and it tells a lot of things about how lenses work that few people know. Of course it's not educational in nature, it just flies over the basics.

... BTW, it seems to me that the "ideal lens" would only have one element. But this would require some amazing technology which we surely don't have yet. I wonder when, if ever, we will get that? Perhaps nanotechnology will be involved.

Ol' Ben said...
But Eolake, I doubt you would want to shoot all your pictures in "ideal" light! Since electromagnetic waves of different frequencies follow slightly different paths through the lens, a single lens will ALWAYS show some chromatic aberration (rainbow rings) ... unless you are using a fully monochromatic filter or lighting setup. Black-and-white film/sensors won't fix the problem, since the image is already messed up by the time it gets to the focal plane. You have to have a series of lenses, each one offsetting the aberrations from the others.

Seems some flourites have almost no Chromatic abberation.
We may one day make a synthetic material which is entirely free of any abberation at all.
Or gather the light with a magnetic field, or what do I know?

Or the "lens" is a 9-molecule thick film consisting of translucent nanobots which working together can make a super fast super-zoom weighing next to nothing. Perhaps it can even enhance the light almost noiselessly, so the entrance pupil can be very small.
That ain't gonna happen this week though!

What do we want? A simple camera! When do...

I've talked about this in the past. But the 500-pound gorilla of photo blogging is now also proselytizing for it, so maybe it'll happen. A simple camera.

With a thousand cameras on the market, why isn't there one which does not overwhelm one with more choices than the cockpit of a jet? It's nuts. 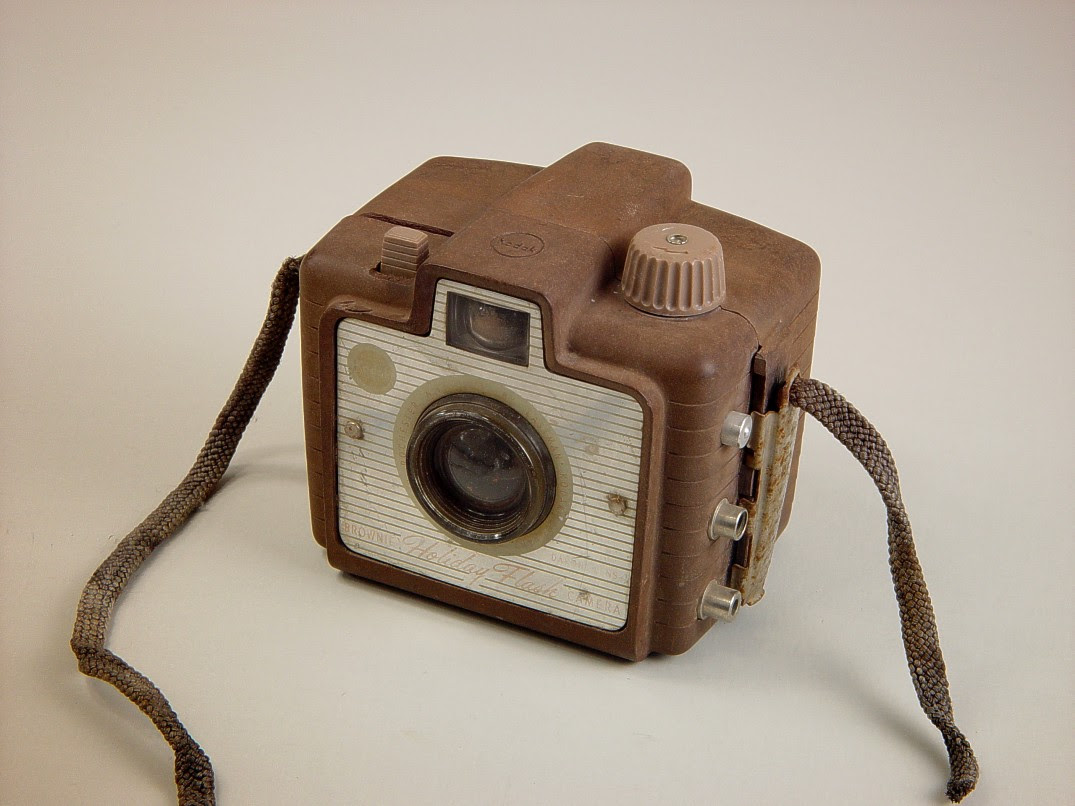 It's a strange world. As an example, I can't get away from "Lady Gaga", she is friggin' everywhere. But now I suddenly hear of Katie Melua. Apparently she's been at top of the sales charts in UK and Europe in the past decade, and I swear I never heard of her!
OK, sure, I don't listen to radio or watch pop music shows, but like I said, it has not prevented an over-abundance of Gaga to permeate.

If you're an old comics fan who's been waiting for something interesting to happen again, it may be your lucky day.
Granted, I'm not even half way through the first issue of the newly super-evolved Jae Lee's Batman/Superman series, but I've never seen anything like it. And even the writing by Greg Pak (who I didn't know) is so edgy it cuts.
And it's even, as far as I've seen so far, fresh, which is the hardest thing after 70 years of both series, and hundreds of creators.

Posted by Eolake Stobblehouse at Tuesday, September 17, 2013 No comments:

Hehe. I have long thought that trailers for thrillers are tiresome and silly. Every little detail is over-dramatized until the knob falls off.

Posted by Eolake Stobblehouse at Tuesday, September 17, 2013 No comments:


Sorry, I briefly by mistake posted this article here instead of on my tablet/ereader blog.
Posted by Eolake Stobblehouse at Monday, September 16, 2013 2 comments:

Phineas and Ferb - "I'm Me" By Vanessa Doofenshmirtz

I'll second that.
Posted by Eolake Stobblehouse at Sunday, September 15, 2013 No comments:

The Russians are crazy. And tough.
Posted by Eolake Stobblehouse at Sunday, September 15, 2013 2 comments:

Start with the world and the present, not yourself and the past

"The question is, 'what are the premium resources that the publishing industry can provide that someone can't get on their own'.
The publishing industry until now, as all media industries have, has been approaching the question from the opposite direction, which is 'how do we slowly evolve what we currently are, and what ways to step into these new areas.
And I think that's the human condition in general, we think of what is now based on what was a moment ago. [...] If I was to write a book called 'The End Of The Book', I would still publish it as a book, I suppose, and that says a lot."
- Sam Ford, interviewed on The Kindle Chronicles.

In other words, forget about yourself and what you are/have been doing, and look at the world and what is needed.

It should be said that this is easier said than done! "Forgetting yourself" goes against the very grain of the character of the human creature.

-----
Sam also talks about the shift between a world where information was scarce, to a world where information is in abundance, to put it mildly.
I think personally that the best solution to get heard is also in many ways the most difficult: it is to create something that simply is better and more unique, something that others can't do, or at least haven't done yet (the latter is more time limited, because others will try to emulate it and steal market share). Harry Potter became the best selling book in the world not because of smart marketing, but because Rowling had created something that others couldn't make and which people really loved.
Posted by Eolake Stobblehouse at Sunday, September 15, 2013 No comments:

Sometimes I buy from Dominos, despite the outrageous prices they somehow have managed to get UK citizens to pay*. And I pay sometimes with Paypal. Last time they told me that the charge would only get taken once I had gotten the pizza. OK, that sounds like a good thing, if unnecessary, since there has never been a problem.

But: until now I've gotten at least four email messages, following that damn little payment as it moves along towards completion. And it smells like I haven't even seen the last of it yet.

I think beurocrazy (as it should be spelled) is based on fear and the inability to face things and take responsibility for them. And it breeds.

---
*I'm told in the US they are cheap. But in this town, a normal pizza is about 4-5 dollars more expensive than other local alternatives. (But they must have a special recipe, maybe for the bread, because sometimes you just find yourself wanting one from Dominos.)