I never really before noticed how beautiful the singer is, in an oddly fragile way.
(And I still would have put some yellow in the video, like flashes of famous old paintings.)

I really like the song, and the concept reminds me of the main direction and goal of my life, an abstract warmth, as yellow, which I guess is my perception of the Universal love many movements talk about. I realized many years ago that it was represented by beautiful things and people, but it was not *in* those things and people, it's something behind it all.

Posted by Eolake Stobblehouse at Saturday, December 08, 2012 No comments:


This was one of the albums I had as a kid. Almost too sweet for my normal taste, but too good.
I love what they did with the female vocal in the last third.

I think, as an artist, it's a little bit of a pity: the album cover and the title suggest something epic, something timeless. (Avalon is the island from the King Arthur legends.) And the music really lives up to that, grand, bigger than life. But then when you listen to the lyrics, they're about a party and dancing. 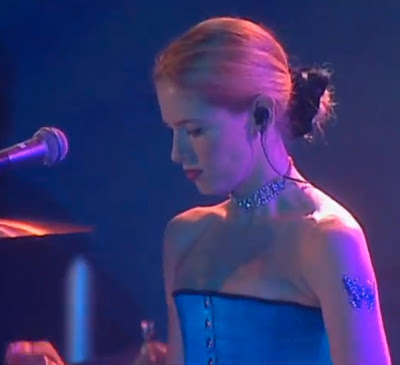 Regarding the biggest (literally) nudie pay sites, a friend of mine wrote to me:

"What I've never quite figured out with some of these sites is how their customers actually consume the photos and videos. I mean, there  are only so many hours in a day, and the volume that these sites put out would seem to overwhelm whatever free time anyone could have."

I have thought so myself. How can anybody consume five sets of girlie pictures a day (often at over a gigabyte per set)?

If you have insight into this, do chime in.
Posted by Eolake Stobblehouse at Friday, December 07, 2012 8 comments:

I post it not because it has a lot of info you couldn't have guessed from the basic info of the gadget (decent camera, but if you don't need the apps, just get a regular compact camera, and so on). But because of the very poetic, almost Dadaistic language it has. (They may have used machine translation.) Lo:

There is simply one downside to this stuff included practicality-electric cell existence. At the point that utilized immaculately as a zoom lens, the apparatus can shoot around 170 representations and a couple motion picture cuts before using up electric storage device charge. Be that as it may provided that you put a 3G SIM into it, the electric cell existence takes a gigantic dip. The apparatuses can shoot around 100 to 120 visualizations when utilized with 3G. Samsung is savvy to the downtrodden electric storage device essence of Galaxy Camera and is pushing the unit an extra electric cell in India.
... Cons: No RAW uphold, absences basic access to settings for manual control, more gigantic and ample contrasted with normal focus-and-shoot camera, downtrodden electric cell essence. 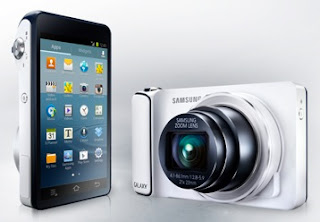 Olivia and John T together again

I did not see this one coming. But good for them, cute tune, and I hope their xmas album is a success, they deserve that.

Thanks TCG for the link to a making-of article.

Anyway, I think it's just a typical pop song, no worse or better than most.
And the video was an afterthought made in a rush, the idea came from the still photographer who also made it. The most amazing thing about that is actually that JT and ONJ did not get that idea themselves, it's pretty obvious that anything with those two together would be a hit. I mean, I am about the furthest from a musical fan, I usually avoid them, but I was a teen when Grease came out, and I liked it, still like it, it has great catchy pop songs like The One That I Want (which also has some nice spray-on pants, practically).
Posted by Eolake Stobblehouse at Thursday, December 06, 2012 11 comments:

'The Hobbit: An Unexpected Journey': How Is 48 Frames Per Second?, article.

Peter Jackson, 'The Hobbit' Director, On The 48 FPS Debate: 'If You Hate It, You Hate It', interview.

Technology keeps surprising me. I had the impression that 24 frames per second was pretty much what our eyes could distinguish. And here, a century after the invention of motion pictures, they suddenly come and tell us that 48 frames per second can be done, and lo, it's a radically different experience! So different that some people actually hate it, and the experience is taking the debate away from talk of the actual content of the movie shown. Wow.

Jackson:
my experience with 48 frames ‑‑ and I've seen hours and hours and hours of it, obviously ‑‑ is that it's something that becomes a real joy to watch, but it takes you a while... it's like watching a movie where the flicker and the strobing and the motion blur what we've been used to seeing all of our lives -- I mean, all our lives in the cinema -- suddenly that just disappears. It goes. And you've got this incredibly vivid, realistic looking image. And you've got sharpness because there's no motion blur, so everything is much sharper. And plus we're shooting with cameras that are 5K cameras, so they're super sharp. [...]

But the disappointing thing with CinemaCon is that no one talked about the footage. The first time we ever screened "The Hobbit," all the stories were the 48 frames stories. And then the negative guys, the guys that say this doesn't look like film -- the guys who are in love with the technology of 1927 -- are sort of sitting there saying, "But it doesn't look like cinema. This is not what we're used to seeing in the films."

A commenter who has not yet seen the film says that "real life has motion blur". This is a dumb thing to say. It does not. Motion blur is an artefact created by slow shutter speeds in cameras (the shutter smearing one fiftieth of a second worth of motion into one frame), it does not exist in life.

I'll be interested to see such movies in the future. Actually, watching blu-ray movies recently, I have noticed that even with the sharpest picture, as soon as the camera starts panning (either in live action or animation), it breaks up, it gets bad to watch. I would bet that doubling the frame rate will have a very positive influence on this.
Posted by Eolake Stobblehouse at Thursday, December 06, 2012 4 comments:

Just drag the green line to the date and time you wish to match, in the time zone you've been given the date in.
Posted by Eolake Stobblehouse at Wednesday, December 05, 2012 No comments:

Why 'The Daily' Failed, 2 updates

Why 'The Daily' Failed, article by John Gruber

What he said.
What's odd in this world is that many people have success confused with size. If your company is not huge, or at least growing very quickly, then it's not successful, or not worth consideration. That's completely wrongheaded. Many, many of the most successful people and companies in the world, measured both by job-satisfaction and finance, are small and have no desire to grow.

Update:
Check out Marco's (programmer of the Instapaper) new super-lean magazine "The Magazine".
I've subscribed. So far the writing is good, though maybe not compelling. We'll see how it goes. But I surely like his angle to it. No unnecessary costs for flash (or Flash). It takes much less to make a profit this way.

Update:
As time goes, and people begin to think of e-publishing as The way to publish, and as they start seeing the potential there, and the economy of starting small, then we'll see all kinds of great specialist publications which might never have been possible on paper. On paper you have that big upfront expense, and how are you going to find your audience? Because the Net is non-geographical, a small audience does not need to be in one place to be found.  Plus of course the shipping expense and work there used to be with paper publishing.

It is still the Wild Frontier right now, and Everything is Free, because everybody is fighting for mindshare. But things will settle down, and I think over the next decade or two people will begin to be able and willing to pay a little for subscriptions (also easier to take than it used to be), to get what they want instead of sorting through lots of junk. I know I'd be more than willing.
Posted by Eolake Stobblehouse at Wednesday, December 05, 2012 4 comments:

I seem to count five different kinds of USB plugs.
This is woefully inadequate, we need 80-100 different ones. At the *very* least. Today I almost plugged in a cable right at the first try, that simply won't do.
Posted by Eolake Stobblehouse at Tuesday, December 04, 2012 5 comments:

Sorry to be kvetching again, some things I just have to air. It's O2 again, my mobile phone provider. If I wrote the whole sorry story of the hour of my life wasted, it'd be as long a post as the last one about them. Instead suffice it to say that I get a text that my credit card has expired. The number in the text was out of date! I got their main number. Which had lots of menus, but no way to change the card details, and no way to get to talk to a human!!


I tried the web site. Impregnable. Many, many, many pages and links and menus, but 17 years of WWW experience did not help me find a place to change my payment details. Do they want to get their money? (In the middle of it, my login did not work, so I had get that changed to what I'm sure it was already.)

I got an chat advisor. After several minutes of trying to understand what I wanted (!) he gave me a short number to call if I'm to change my payment details.
... I called that number. And again got their main menu, with no way of reaching a human or give my details. I just gave up for today, I can't handle it, they've defeated me.

These days my temper has evened out, I don't often get mad at people. But messed computer software and bureaucrazies (hehe) can still give me the Donald Duck thundercloud above my head.

update: After more searching and clicking around, I finally found some info which hints that I'm using Google Wallet to pay them, lord knows why. And since I updated my info there yesterday, I'll assume all is OK.
Posted by Eolake Stobblehouse at Tuesday, December 04, 2012 5 comments:

See the videos here, there are some pretty amazing computer graphics advances.
Posted by Eolake Stobblehouse at Tuesday, December 04, 2012 No comments:

Sadly I couldn't find in full length my fave of hers, "Heavy Scene". (Well, I did find it, but only shortened and pasted over a scene from the soft-porn gay TV show Queer As Folk. And with dialogue intruding in the music, so that's a no-go.) A pity, it has a unique and cool sound.
These are quasi-satisfactory substitutes.

Posted by Eolake Stobblehouse at Sunday, December 02, 2012 No comments: