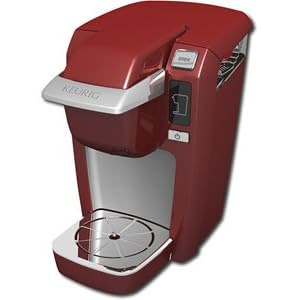 I'm looking at the "The Keurig Mini Plus Personal Brewer". It looks promising, although it seems the system is harder to find in Europe than the US.

I'm mainly hoping for a system with a minimum of fuss and cleaning unlike my cappuccino machine, although it admittedly makes the best coffee.

Update: After reading some reviews, I've decided that it's probably not possible to find pre-ground coffee which tastes as good as freshly ground coffee. And it was indeed a clear step up in the quality of my cappuccino when I got a home-grinder, so...


Due to a similarity of names, Amazon also came up with the book you see here, I think it's Dutch. Love and swine... ? Really!?...? Too funny.
Posted by Eolake Stobblehouse at Saturday, March 05, 2011 1 comment:

Memo to Newspapers: Incremental Change is Not Helping 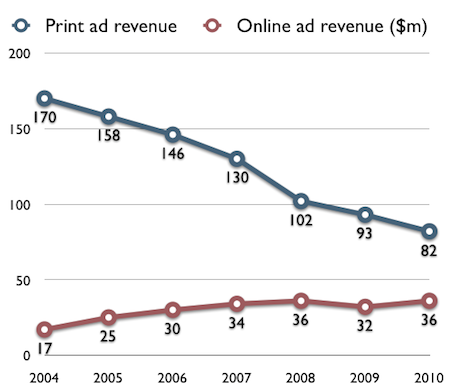 Memo to Newspapers: Incremental Change is Not Helping, article.
...print may still be producing a large proportion of revenues for newspapers, but it is also the source of a large proportion of the costs at any traditional media company, and that spells doom if you are competing with digital-only publishing outlets such as AOL and Yahoo.
... Above all, Paton says, media outlets need to become digital-first, because the print side is only dragging down their businesses and preventing them from being as competitive as they should be. So far, that’s a message too few traditional newspaper publishers have heard.

There's a Danish saying: "let fall what won't stand". And if the income of print editions can no longer support the Manhattan skyscraper offices and huge print/distribution systems they used to...
Online content can be produced at much, much lower cost, so there's no reason it should not be at least as profitable. Well, OK, maybe one reason: there is much more competition, you will no longer have a virtual monopoly when you have the one newspaper in a town. So I guess they'll have to do a good job too...      :-)
Posted by Eolake Stobblehouse at Saturday, March 05, 2011 3 comments:

The paradox: Apple is *not* actually competing

Daring Fireball: The Chair, article.
... But there are other things any competitor could copy, easily, but they seemingly don’t even understand that they should, because such things aren’t technical. Take that chair. The on-stage demos of the iPad aren’t conducted at a table or a lectern. They’re conducted sitting in an armchair. That conveys something about the feel of the iPad before its screen is even turned on. Comfortable, emotional, simple, elegant. How it feels is the entirety of the iPad’s appeal.
The competitors don't understand why they are having their butts kicked by Apple. They are baffled and pissed off and desperate.

They don't understand that Apple is not competing. Jobs has always said:  for us it's not about beating the market, it's about making the best machines we can.

A competitive mind can only think in things that can be measured. And when a device wins the market on things which can't be measured, they are stymied and flummoxed.
Posted by Eolake Stobblehouse at Saturday, March 05, 2011 No comments: 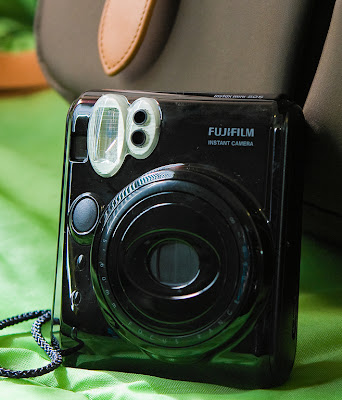 Me on TechFan podcast (updated) 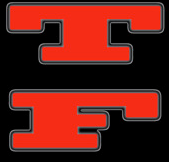 I've just been a guest on the podcast TechFan, no. 22. The show will be live in an hour or two, and in the meantime you can listen to no. 21, where I was talked about, which provided the impetus to getting me around to talk this week.
Update: the show is downloadable now!


Update: if you don't have iTunes, you can download the MP3 of the show here.

Amongst other things, things, we talked about the new MacBook Air models...
Tim: "Eolake, have you been playing with an eleven-inch thing?"
Eolake: "since I was sixteen."

It was fun to get back in the voice interview biz, I've done a lot of radio interviews back in the day, I really enjoy it.
Posted by Eolake Stobblehouse at Friday, March 04, 2011 4 comments:

iPad II event is rolling out

iPad II event is rolling out right now. It seems there's nothing earth-shattering like a retina display this time around. But it is faster, lighter, and slimmer, all very welcome changes. And of course it now has cameras.
Apple will probably put up a video stream of the event tomorrow.
Update: yep, here it is.
And here is an intro video to the iPad 2.

In short I'd say that if one really wants the video chat cameras or the speed bump, the iPad 2 is nice. But on the other hand, iPad 1 is now an even better deal at only $399...

So now the question is if the third generation with a high-rez display is coming in fall like some rumors say, or only in a year? I hope for the fall. While the present iPad display is very good, the iPhone 4 Retina display with over 300 pixels per inch is simple awesome, especially for reading, text just leaps out at ya.

---
Another thing: this seems to be true of hand-held devices in general, though I have no idea why: they seem to download big files much slower and with much less certainty than desktop computers. It's very odd. I tried to download the Apple Keynote (850MB) to my iPad... after nearly an hour it failed, having downloaded and then lost 2/3rds of the file. I've now downloaded it to iTunes on my desktop machine (for transfer to my iPad), and it took less than five minutes, hitch-less.
It's weird: I can understand why the smaller processors can have trouble using big files (playing large videos, running big apps), but why should they have trouble downloading the bigger files? (Update, it seems to have to do with the writing speed of flash memory, see comments.)


Who misses the eighties?!

Babba was a man who lived in the fictitious village where I grew up. He was always unkempt, but always had a new motorcycle which he managed to wreck within a year and then got a new one. Nobody ever saw him working, and his parents did not appear to have any money. He was always kind to us children, and gave us candy without any return favors expected. 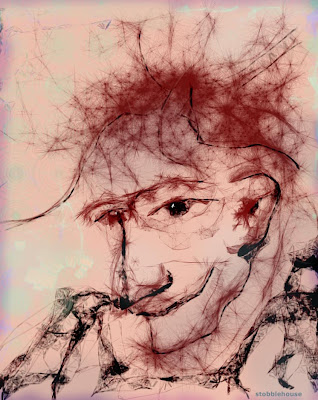 Auto Execs Fly Corporate Jets to D.C., Tin Cups in Hand, article.
Just heard about this on 30Rock, it's too funny.
Posted by Eolake Stobblehouse at Wednesday, March 02, 2011 2 comments:

Cynical quote of the day, or "old friends"

I was talking to my friend Judy today, and FaceBook came up, and Judy said: "well, old friends are old friends for a reason".
I just loved that. Funny.

I love old friends, some of my best friends are old friends. But then some of them, while I still love them, these days we just don't have enough in common to keep the fire in an active ongoing friendship. Some people who have found me online after many years, it has turned out that we mailed happily back and forth for a couple of days, and then... I guess we didn't really had anymore to say, and it faded out.

If you no longer have at least a school or workplace throwing you together regularly, then you need a strong common interest to stimulate frequent communication, otherwise it just won't work.

Don't get me wrong, I love hearing from an old friend, and I sometimes wonder "what happened to...". Only I've stopped expecting that it will blossom into a lively, active friendship again, because that takes some kind of fuel.

Oh, and by the way (and perhaps "on the other hand"), some of my best friends are actually people I don't communicate with every day, or even every week. There are quite a few people with whom I feel I have such a strong bond and common reality that very frequent communication is not necessary at all. This includes people I knew before the web as well as people I met first time online.
Posted by Eolake Stobblehouse at Wednesday, March 02, 2011 2 comments:

Ah, it's good to have fun

A helpful reader found this kool video. Watch the end, and watch for the dancing gramma, she rocks.

Update:
Well, I found a page and and a trailer:

Posted by Eolake Stobblehouse at Monday, February 28, 2011 No comments:

"You have to have something you can offer. Each one of you have to develop a skill, or service or knowledge, or control of a product... So often people want to make money, but they don't have anything. If you don't have that, you're finished, you haven't got a chance."
(More in this series.)
(Wilde's book The Trick To Money Is Having Some. Edition Kindle.)
Posted by Eolake Stobblehouse at Sunday, February 27, 2011 3 comments:

I had a realization: pretty eyes are open eyes.
Not just that they are not closed... but if you notice, most people's eyelids cover a lot of the iris. With eyes that we consider beautiful, that's usually not the case, almost all of the iris is visible. It creates an impression of awareness, and a more aesthetic shape of the eye, I think.
This of course is very different from eyes which are more open than their relaxed state, such as in fear, I'm talking about the relaxed, natural state. 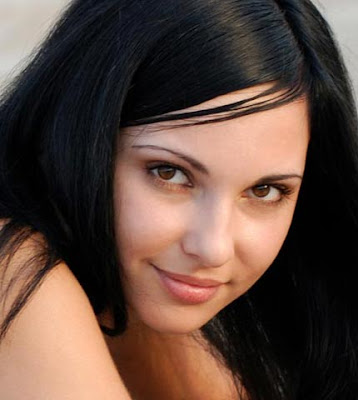