I am teaching myself to stop judging, but I will allow myself to rub a pet peeve: when people will use a phrase wrongly, and not notice that it does not make any sense.

Example: "I could care less."
What they mean is "I couldn't care less". Which has meaning, unlike the first one.

Example: "The proof is in the pudding."
What, the murder weapon is hidden in the dessert? The phrase is "the proof of the pudding is in the eating", which makes sense.

PS: A good place for language on the web is the e-mag Word Detective.
Posted by Eolake Stobblehouse at Friday, March 16, 2007 27 comments:

I've made a full gallery of the birch photos, including several not shown here.
Posted by Eolake Stobblehouse at Friday, March 16, 2007 10 comments:

Take a look at the out-of-focus areas in these pictures. I like how the lens I used makes them look sort of like a watercolor painting. 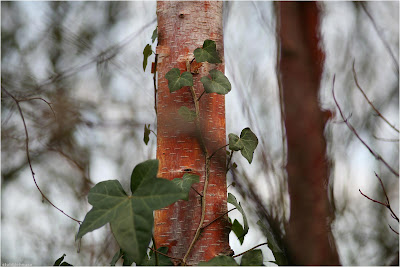 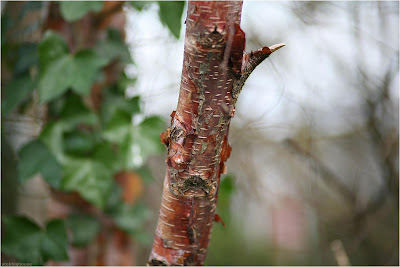 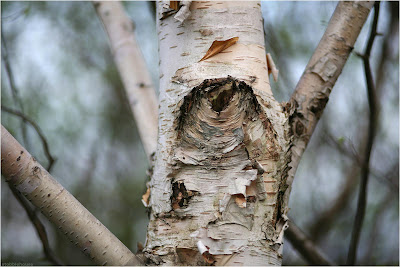 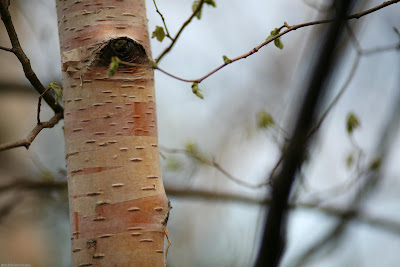 I've been asked by more than one person if these softness effects are done in Photoshop. No, it is just a good camera with a good lens with a big aperture. Almost nothing is done about them in the computer.
(Canon 5D, 100mm F:2.0)
Posted by Eolake Stobblehouse at Thursday, March 15, 2007 3 comments:

Beauty is truth is beauty

Nearly twenty years ago I wrote the maxim "Beauty is truth is beauty". I was very proud of it. Then much later I found out that John Keats had said it first: "Beauty is truth, truth beauty — that is all ye know on earth, and all ye need to know."
Posted by Eolake Stobblehouse at Wednesday, March 14, 2007 23 comments: 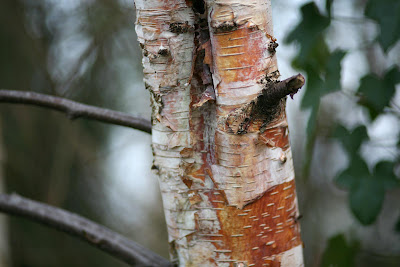 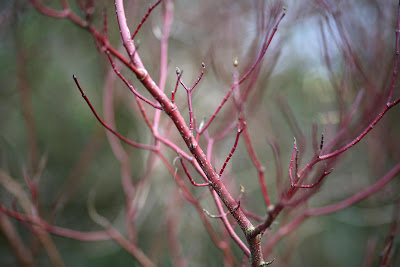 Continuing my venture into sharp-vs-blur effects...
I am very pleased with this one, what do you think?

Funny thing is in real life the colors of this looked so dull I almost didn't approach it. But in the photo (click on it), they are bright. And I did not boost them in the computer. Only thing I can see as explantion is that the subject was pretty dark relative to the surroundings, so the colors looked more dull to my eyes. 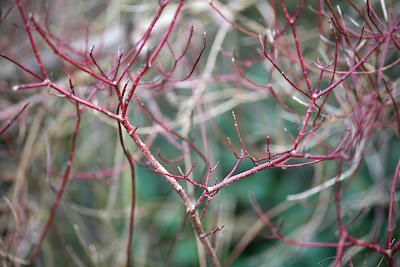 ttl said...
I am sorry to say but I don't find these sharp-vs-blur foliage images very interesting. They look quite pleasent, all right, but not interesting enough, I think.

Chuck Scott said...
Look Again - Gross Mode vs Subtle Mode
TTL's post reminds me of of how many people seemingly overlook the glory of nature...

Sure, when roses are in full bloom (gross mode) voila - we are impressed with color, fragrance and buy them by the dozen for loved ones ...

But, what about when that rose bush is planting roots (subtle mode) - go ahead, trying taking pictures of those tiny membranes that are reaching out into dark earth - they extend, get nutrients, and grow till they become obvious ...

I once heard that the role of the artist is to unveil that which is but was not obvious before said unveiling ...

And TTL's comment hits a social button with me - not a creative agree or disagree thing - but a sentiment thing about current affairs and artists who remind us of the subtle happenings ...

TTL ends the post with "i think" ... okay respected, appreciated and thanks for sharing, but here's my point - forget how you think, "how did you feel" ... when seeing the red birch from a different angle (sharpen/blured/f-stop2.0), do you have a sensation of the divinity at work as a Red Birch ..??.. i mean, go try and be a tree (or a bush) and stand erect for x-period of time given gravitational pull - heck i, can't even hold my arm parallel to the ground for more than a minute or two before it starts to shake ... okay, maybe my arm is not a good example but my point is that nature is subtle and those artists that capture the nuances are to be applauded ... event better, celebrated with coin so they can invest in gear and art and repeat loop of imagery for the rest of us laggards who don't always quite get it but want to :>) cs
Posted by Eolake Stobblehouse at Wednesday, March 14, 2007 8 comments: 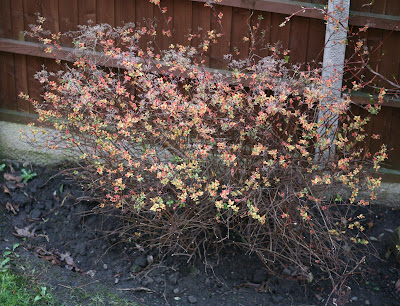 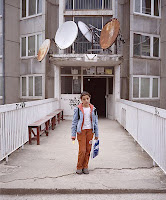 Photos by Blerim Racaj. (The server, like many in the Eastern block, is rather slow.)

To the untrained eye, they may appear straight-up-and-down photos, some with a person in front, but they are actually very carefully composed pictures which combine an environment in a fluid whole, sometimes with a person. I think the best of his photos are just beautiful, by virtue of composition, sensibility, tension, lines, colors... And taken in places where no normal person would think to even bring a camera.

This also has an example of what I've talked about before: portrait number nine, of a young girl in front of a broken wall and trees, appears a little messy as seen on his site. I saw it in a magazine in a large size where you could see that the trees in the background are actually out of focus, which changes the entire picture, and it is very beautiful. 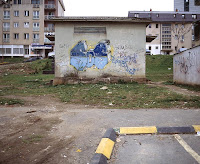 And so, like Mike Johnston once pointed out, you have seen a small version of something, and you think you have seen it, but really you haven't.
Posted by Eolake Stobblehouse at Tuesday, March 13, 2007 3 comments:

"Whenever somebody says to me, 'what is my purpose', my answer is always the same: 'find a way to be of service'."

"Whenever you judge another human being, you do not define them with your judgement, you define yourself as someone who needs to judge."

Posted by Eolake Stobblehouse at Tuesday, March 13, 2007 No comments: 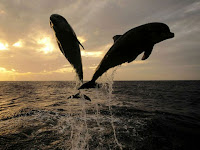 TTL sez:"Some people, me included, consider dolphins to be not just intelligent but spiritually superior to humans. I have had one physical encounter with a dolphin that I will never forget. As there's not so much to tell about the encounter (it's a subjective thing), I'll point you to Roedy Green's fascinating essay on the same subject."

Quoting from the essay:
"Imagine my beagle/greyhound cross Sheldon (now deceased) trying to judge my intelligence. He would note that I had no ability to remember where bones were buried. He would note I was totally incapable of even detecting when a human or canine female was in heat, even when I was in the same room. I could not jump anywhere near as high as he, or run as fast. He would have no understanding of or appreciation for the long hours I put in front of the computer. He would consider me a pretty pathetic excuse for a creature, were it not for my uncanny ability to beg dog food from the supermarket lady."

(The point obviously being that applying your own measures of intelligence to a different species won't work.)

Featured comment by Pascal:
Late french comedian Coluche (real name : Michel Colucci) was nicknamed "l'enfoiré", the silly bugger, for his very provocative and irreverent style. He started a national NGO, "les Restos du Coeur" (Restaurants of the Heart), to feed the homeless for free. He didn't know it then, but he was about to die in a motorcycle accident, at quite a young age (30-something). And probably to go straight to Heaven, in spite of all his verbal vulgarity. :-)))
Decades later, his movement is still as dynamic as ever, and the "companions" nickname themselves "les enfoirés". It is a very fond term. French language has forever lost an insult.

So yes, undisciplined, playful sex maniacs allergic to violence is only negative in the mind of a military. Peace and love, yo! Make Kama-Sutra , not Kaboom-to-war. Let's sing! "We are the world, we are the children..."

Back to the original topic, I like a fighter that's so slow, the combat is over by the time he/it is ready to participate. :-D
And yet, dolphins are anything but sissies (even the occasional gay couple). Faced with their sworn enemy the big shark, they strike mercilessly at the sensitive gills until they drive it away half-unconscious. Many bear the scars to prove their bravery. Hey, they're just defending their families from the ogre of the sea.
Sharks are not vicious by nature either. Just voracious, opportunistic, and terribly efficient. There's a place for all in the chain of Life. Sharks are being gravely endangered by human activities and our merciless hunting. Should they become extinct, the oceans would lose a very necessary scavenger.

Hey, I know!!! If the Pentagon sold shark-shaped scuba-gear to its enemy countries, maybe dolphins would finally react?
Or not. Their sonar is amazingly discerning. Guess they'd only attack trained vietnamese sharks or iranian hammerheads... Perhaps lawyers, too.

Our cetacean cousins have incredible capabilities. Friendly animals are very efficient in helping autistic children come out of their shell and open up to the world. And dolphins are perhaps the most efficient in this. (I hear horses are quite promising too. You can ride them, but this teaches you another way of communicating; great for autists and mentally challenged kids.)

Oh yeah, not all effort is directed toward warmonging. :-)))
I love this world. "Life is good." And beautiful.

"The most important decision we make is whether we believe we live in a friendly or hostile universe."
- Albert Einstein

(Note: obviously, by "universe" I include life, people, intelligence. Not just stars and rocks.)
Posted by Eolake Stobblehouse at Monday, March 12, 2007 30 comments:

Here's a central part of my philosophy.

Imagine the world as a picture on a big screen.
The picture is made by ourselves.
But the Source of the light is behind the screen.
What philosophy and art do (and what technology helps) is polish the screen a little, so we catch a glimpse of the light behind it.
I imagine one day the screen will be worn down.
Posted by Eolake Stobblehouse at Sunday, March 11, 2007 3 comments:

Sin is lack of love

"Darkness is lack of light as sin is lack of love. It has no unique properties of its own. It is an example of the 'scarcity' belief, from which only error can proceed. Truth is always abundant. Those who perceive and acknowledge that they have everything have no needs of any kind." -- A Course In Miracles
Posted by Eolake Stobblehouse at Sunday, March 11, 2007 2 comments: 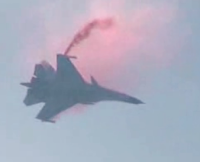 You have seen a fighter plane fly fast, but have you seen one fly slow? And up, down, and sideways?

The guys who arranged this demo of the Russian Sukhoi SU-30MK plane had the bright idea of putting smoke generators on the wings, so you can clearly see in which direction and how fast or slow it is moving.

Pretty damn amazing. Russians built this?? They don't even have the funding to keep their old nuclear missiles from falling apart, when and how did they fund this?

Featured comment by anon:
The aircraft was funded and built by the USSR in the last years of the Cold War, so it's essentially a 20yr old design. Like the FA18 Hornet or the French Rafaele or even the new Eurofighter (designed in the late 1980s)
So they funded it then.

Wow!
Imagine if all that money and intelligence went into building things that weren't just for killing people.
Posted by Eolake Stobblehouse at Sunday, March 11, 2007 11 comments: