I know! I accidentally misspell "face" as "f*ck" all the time!

Hmm, I think I will sue Apple for not warning me that Mac rumors sites are addictive and that not everything on the Internet is true.

Update: TidBITS write:
Nashville-based attorney Chris Sevier has filed suit against Apple in federal court for enabling his pornography addiction. Sevier wants Apple to enable an Internet filter in iOS devices by default, and allow it to be circumvented only upon sending a signed form to Apple. While iOS parental controls could use some work, Sevier’s request is rather over the top, to say the least, and we don’t anticipate needing to explain a judge’s decision in the case. Sevier was arrested earlier this year for stalking country star John Rich, and the Tennessee Supreme Court has placed Sevier on disability inactive status for mental illness.
-
Posted by Eolake Stobblehouse at Saturday, July 13, 2013 7 comments:

Kiki's Delivery Service has finally hit the impatient palms of fans in blu-ray format.
It richly deserves it, it is so beautifully drawn, with full watercolor paintings for backgrounds, by wonderful artists. And of course the story is as funny and delightful as always.

Kiki and Totoro (and now Ponyo) are my favorite films from Studio Gibli. Funny enough they are also the ones which are made with pre-digital techniques, despite Ponyo being from 2006. These all have such wonderful joie de vivre, more than anything I can think of readily.


I photographed these for you, nice for wallpaper. All clickable. 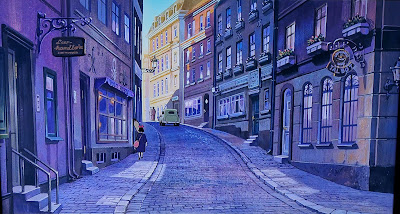 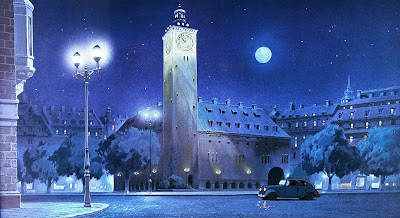 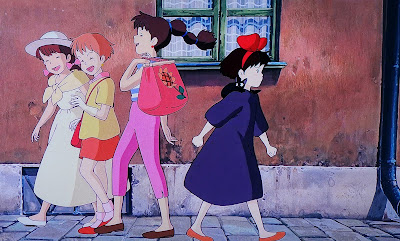 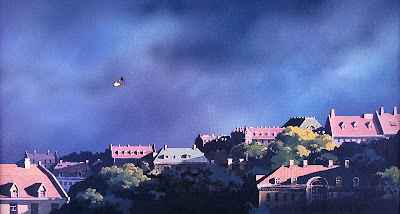 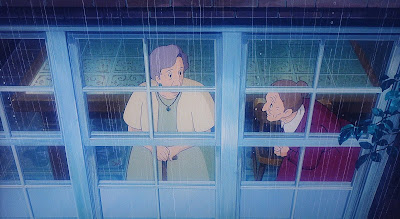 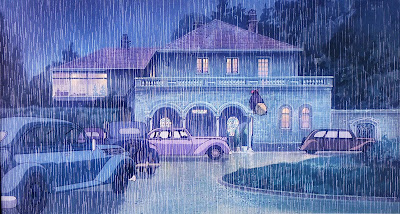 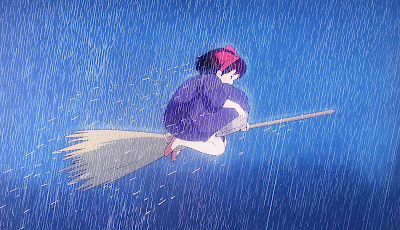 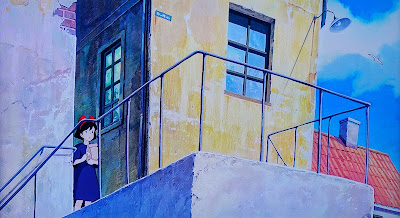 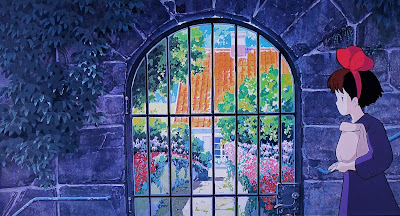 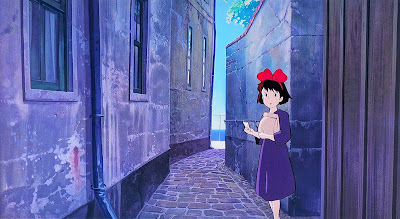 I don't know why there's no US (Region One) version out, I could only find the International version linked at the top. It should work in the US.
Anyway, here is the UK version I have.
Posted by Eolake Stobblehouse at Friday, July 12, 2013 4 comments:

I am amazed at how high in the water it lies when lying still. Not much above the bottom of the tires. I wonder if the bottom goes down when it goes into water or what.

Finally a real defence against one of the major kinks of Japanese middle-aged men.


Apparently, jokey as it seems, this is a real product, costing as much as a luxury car, for sale soon.  I dunno, it seems rather fragile and imprecise to me.
Posted by Eolake Stobblehouse at Wednesday, July 10, 2013 No comments:

The real villain in the ebooks case isn’t Apple or Amazon — it’s publishers’ addiction to DRM, article.
The publishers (all of whom settled with the government before the trial) have tried to argue in the past that they were forced to cut a deal with Apple because of Amazon’s monopoly — but when it gets right down to it, the real culprit is the DRM lock-in that the publishers themselves pushed for. In effect, they forged the chains that bound them to Amazon in the first place.
-
Posted by Eolake Stobblehouse at Wednesday, July 10, 2013 No comments:

A very interesting point.
Amazingly how emotionally intense this was for him.

I think most of us are guilty of this. Perhaps mostly men. But maybe women have the same thing, but only with a slightly broader set of characteristics which makes, or doesn't make, a man viable candidate for a mate. 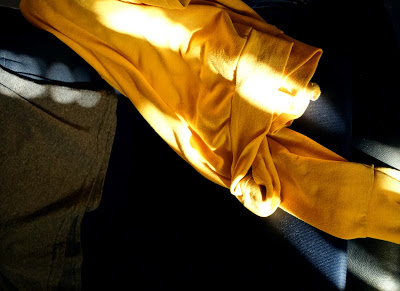 
Posted by Eolake Stobblehouse at Wednesday, July 10, 2013 No comments:

I've always been pretty sure that, like in Denmark, "the first floor" in some English-speaking areas means the floor *above* the ground floor.
Wikipedia shoots me down, it says it's the ground floor.
But the dictionary justifies the wonderful confusion:

Does somebody have any experience or rules as to where or when to use which?

Update:
Ken pointed to a wiki entry:
Floor numbering is the numbering scheme used for a building's floors. There are two major schemes in use across the world. In one system, used in the majority of Europe, the ground floor is the floor on the ground and often has no number or is assigned the number zero. Therefore the next floor up is assigned the number 1 and is the first floor. The other system, used primarily in the United States, counts the bottom floor as number 1 or first floor. The next floor up then becomes the second floor and so on.

Small wonder we get confused. Since there are no numbers in this apartment building, I think I'll continue to give directions with "one floor up", instead of "first floor".
Posted by Eolake Stobblehouse at Tuesday, July 09, 2013 8 comments: 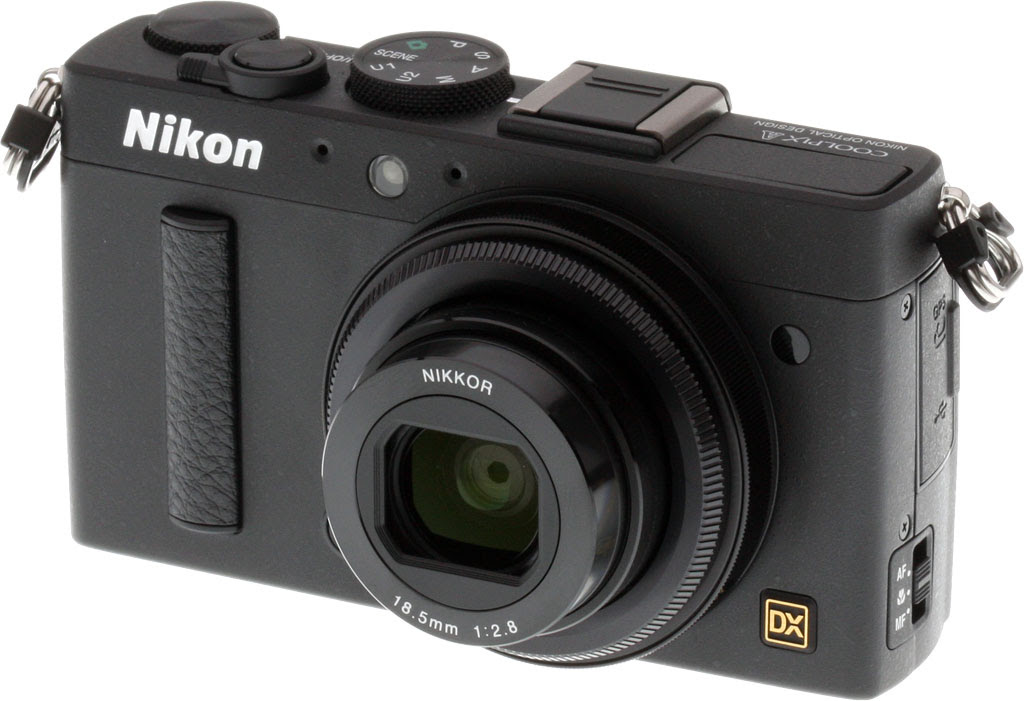 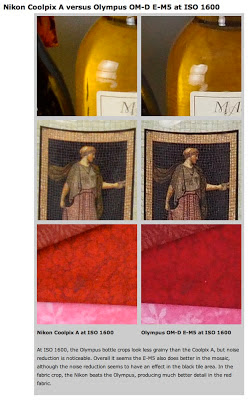 A Few Notes on the Culture

Iain Banks wrote this cool article about some basic aspects on his semi-galactic civilization, The Culture. Like Banks himself, I'd love to live there. Like he said, the idea was to make a Utopia which was about as good as he could imagine it within realistic standards for a human society. And he also said it was the driving engine for the whole series of books, which I find really interesting and cool. Most writers, moi included, sadly find it much easier to be driven by darker ideas.
Of course this is countered by the fact that to get narrative tension, most of the stories take place on the edges, where the peaceful culture meet less placid alien cultures.

I would love if the Culture would be added to Kindle Worlds, where fan fiction authors can get their stories selected, and monies earned are split between the author and the owner of the original world. It's a great idea. (Though so far, sadly, limited to US citizens. Payments and taxes issues, for sure.)

Of course in the case of the Culture, this might be a bit redundant. It has no recurring characters, and the stories tend to take place widely spaced out in time and space, and within the Culture and the book series, it has such fantastic variety of... well, anything, that one might as well make it all up oneself, simply inspired by Banks.
Posted by Eolake Stobblehouse at Monday, July 08, 2013 8 comments:

“Why did you shoot me? I was reading a book”: The new warrior cop is out of control

“Why did you shoot me? I was reading a book”: The new warrior cop is out of control, article.
Sal Culosi is dead because he bet on a football game — but it wasn’t a bookie or a loan shark who killed him. His local government killed him, ostensibly to protect him from his gambling habit. [...] Another example is the use of these tactics on people suspected of downloading child pornography.

Because people suspected of such crimes are generally considered among the lowest of the low, there’s generally little objection to using maximum force to apprehend them. But when police use force to demonstrate disgust for the crimes the target is suspected of committing, there’s always a risk of letting disgust trump good judgment. In one recent case in West Virginia, police violently stormed a house after a Walmart employee reported seeing an image of a man’s genitals near a child’s cheek in a set of photos a customer had left at the store to be developed. After terrorizing the customer’s family (he was out of town), the police learned that the cheek in the photo wasn’t a child’s but that of a thirty-five-year-old Filipino woman.

---
By the way, an odd thing: I am stopped from posting a link to this article on Twitter. Even when using URL-shortening, it does't work. I wonder if this is some kind of censorship-like filtering?
Posted by Eolake Stobblehouse at Monday, July 08, 2013 No comments:

"I want to be extr'ordinary, not just extra ordinary..."

I love how HD has given cartoonists a bigger canvas.
And they have some good artists sometimes. The drawings below are all shots from a short sequence of one episode (Big Balls of Water) of Phineas And Ferb. Notice the difference in style between the first two pictures, for example, or in the third one that the foreground is darkened, giving much more depth to the picture.
And they are just good drawings, I am particularly fond of the first one. See, to the corporate masters it's "just a kids' show", nobody is going to fire them if they phone in the backgrounds. But they have too much fun making good stuff. 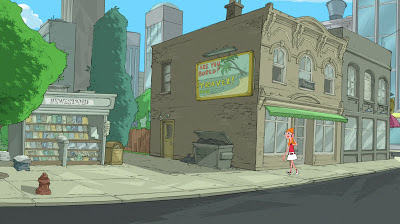 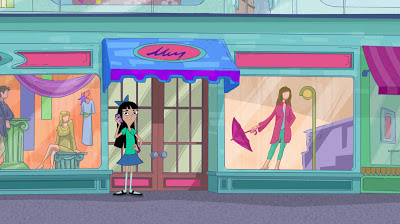 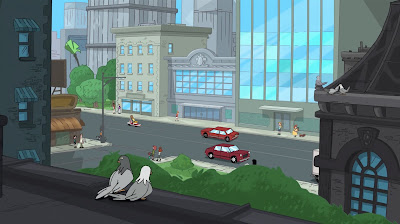 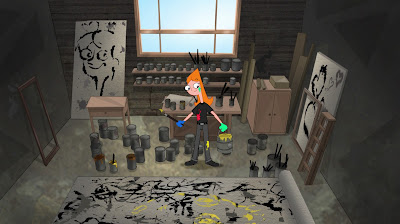 Posted by Eolake Stobblehouse at Sunday, July 07, 2013 No comments: