A man and his path 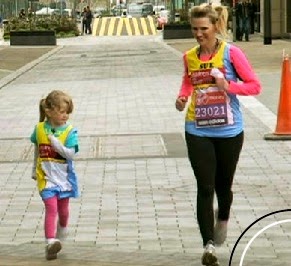 
Posted by Eolake Stobblehouse at Monday, April 14, 2014 No comments:

Often considered almost at opposite ends of the market, Sigma and Zeiss have both come out with a high-quality normal lens at F:1.4.
Both lenses are really, really top-shelf, with many elements and exotic glass types, and both of them are among the sharpest lenses ever made for general consumption.

OK, great, so Sigma can make really high-end stuff too*, that's interesting. But here is what makes it really interesting: The Sigma lens is one-quarter the price of the Zeiss! USD one thousand as opposed to four thousand! If I were an exec at Zeiss, I would be kicking the furniture now.
That price is very aggressive indeed. I think this is one of the lowest prices I have ever heard of for a lens of this class. They surely can hardly make any profit on this, they must be gunning for the market share.

Review Zeiss Otus 55mm 1.4
Review Sigma 50mm 1.4 Art
The build quality was exceptional, but what really got our attention was Sigma's off-handed remark that they weren't looking to surpass Nikon and Canon, but rather the $4,000 Zeiss Otus 55mm ƒ/1.4 monster.
The Sigma 50mm ƒ/1.4 Art is quite large and bulky with a total of 13 elements in 8 groups, including 1 aspherical and 3 super low dispersion elements.

They are full-frame lenses of course, and the Sigma's supported AF Mounts are: Canon EF, Nikon F, Sigma SA, Sony A.
I hope Sigma will start making such lenses for Micro Four Thirds. Although for my sake they can skip the normal lens, I don't really know why anybody would want one these days.

They are both very big lenses, and both really well made, and both beautiful. The Zeiss perhaps mostly so, but 300% premium's worth? Doubtful.

This shakes things up quite a bit... not the least: why are we paying Leica and Zeiss 4 to 6 thousand dollars for a lens, if Sigma can make it in the same quality and sell it for 75% less?
Also, what impact will this have on prices for quality lenses of the future? On the one hand this seems a devastating hit, but on the other hand, traditionally, the prices of luxury products ("Veblen goods") have proved magically durable. Most people who would buy a $4k lens buys it as much for the prestige as for the product. And a Zeiss lens will impress his friends and colleagues much more than a Sigma lens. And many of them will surely be able to convince themselves that there has to be some difference in quality that's worth it, otherwise why would it cost so much more?


*By the way, Sigma's weakest point has been their quality testing, too often their exemplars showed greatly varying quality. But reportedly they have made great efforts to change this.
Posted by Eolake Stobblehouse at Sunday, April 13, 2014 10 comments: