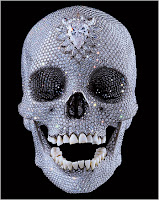 TTL points out Damien Hirst's Diamond skull. If Warhol's Marilyns provoced debate, what about this? Is it art? is it jewelry? Is is kitch? Is it provocation? Is it criminal waste? Is it beautiful? To my wonderment, I find that I really don't care. I am just amazed that Hirst financed it himself. I had no idea any artist was that rich.
Posted by Eolake Stobblehouse at Friday, June 01, 2007 6 comments:

A fun interview with one of my favorite authors, Tim Powers.

I met Tim nigh twenty years ago at the Writers Of The Future workshop which he taught. I finally found a way to reach him, and got a mail back today, and he remembers not only me but the story which had helped me get to the workshop. I'm very flattered.
Posted by Eolake Stobblehouse at Friday, June 01, 2007 4 comments:

Women in art, a video morphing many women's portraits from art history. Spectacular.

It is really well-executed morphing, and more importantly, I found it made me appreciate women even more than I do (who knew it was possible), and also it made me want to look at fine art more. The selected art works are wonderful.
Posted by Eolake Stobblehouse at Thursday, May 31, 2007 4 comments:

Jeff is very close to animals. He tells:
"As a small child, once I thought I was left in the woods, and I walked for hours. With me was a parade of animals, deer, bear, raccoon, and lots of squirrels. Throughout the wind in the trees was the constant symphony of birds singing telling me I was not alone.
One time I was alone in a small row boat when a freak storm came up, and a harbor seal came up beside the boat until I safely reached a dock.
There also was a time when a bear walked between me and a campfire with my dog lying right beside me. And then I stepped into a forest meadow and found myself standing between a mother bear and her two cubs. I made like a dandelion seed and traced my steps backwards. Both of those could have been disastrous. I've petted wild deer and if I can not get a wild bird to eat of my hand I consider myself a failure." 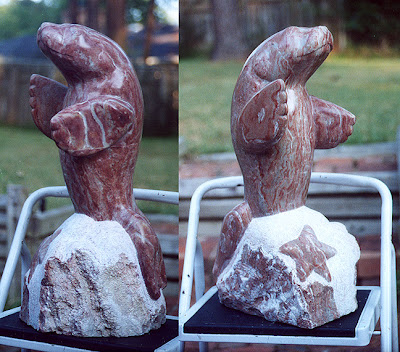 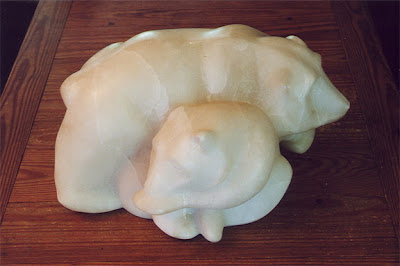 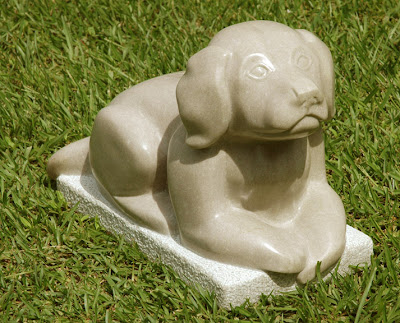 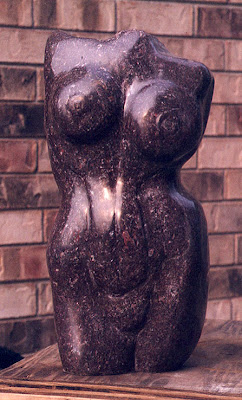 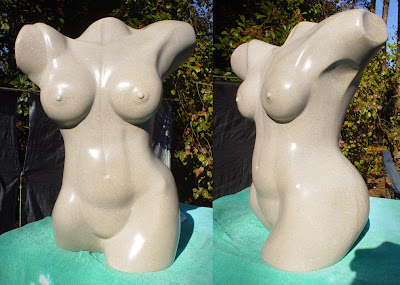 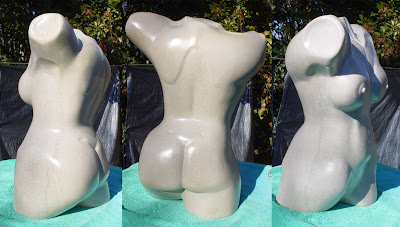 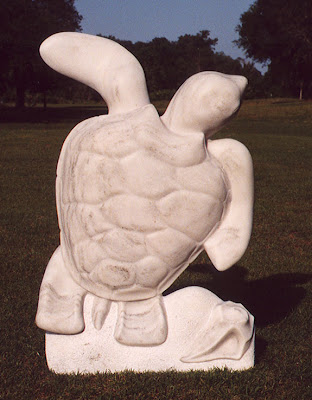 Posted by Eolake Stobblehouse at Thursday, May 31, 2007 4 comments:

I'm watching all seven segments instead of the "highlights" one. In the second segment, Jobs talks wisely about the nature of competition.
I think that competition is healthy, but if one has a war-like attitude about it, if the goal is to destroy the "enemy", then the whole game is much less spiritually constructive for all parties. If one on the other hand has an outgoing attitude to it, if one thinks about baking more pies rather than fighting over just one pie, then everybody wins.

It was wonderful to see, in segment seven, Bill and Steve both being able to honestly answer the question about what they could have learned from each other's company, and give a real compliment which even also actually could teach us something. Both of them admitted something that people with big egos would not easily have done. Steve admitted that for the longest time, MS was much better at working with other companies than Apple was. And Bill admitted that Steve has much better intuitive "taste" than he.
----
Talking about Apple, man, they have the fastest server network I know of. I just downloaded the upgrade to iTunes... 30 megabytes in about 30 seconds!
Posted by Eolake Stobblehouse at Thursday, May 31, 2007 3 comments:

You can never have too much good karma, or spread too much love.
Posted by Eolake Stobblehouse at Wednesday, May 30, 2007 5 comments:

Somebody recently asked me to expand the topics I cover, she was getting bored! :)
So how about this lateral move... into hygiene?! Bet you didn't expect that.

Here's a good tip I discovered myself, although others may have found it out too, it's not exactly quantum physics. (They used to say "rocket science", but I think these days many subjects are more complex than that.)
If you need to be deodorized for a whole warm day, add some deo spray to the inside of your (tee) shirt under the arms. It at least doubles the length of the effectiveness, pretty amazing.

Of course the problem is that many deodorants will stain or bleach your clothes. This fact makes for a nice seque into the next part, a product recommendation:

PitRok. It's natural, it's effective. I even like the scented version, which is unusual for me. The spray version is not as economic in use as the original "rock" (or the stick), but it can be used anywhere on the body.
They have an online shop for UK and one for USA.

Anonymous offered:
my pa takes a bath bout once a month. ain't enuff for me. dont have the balls to tell him he reecs. what cann i do?
Posted by Eolake Stobblehouse at Wednesday, May 30, 2007 12 comments:

"Surface Computing" by MS. Pretty kewl. Thanks to Through The Lens.

Ooh, here's a gem: on the official site, in the third video you can hear that "turning friends onto new music will one day happen with the greatest of ease"... Aha, so maybe Microsoft has decided that maybe bulk loading digital rights management features into operating systems is a bad idea?
Posted by Eolake Stobblehouse at Wednesday, May 30, 2007 No comments:

"Do not worry so much about what you put in your mouth; worry more about what comes out of it." - Jesus of Nazareth
Posted by Eolake Stobblehouse at Wednesday, May 30, 2007 6 comments:

I have not been to Oxford Town

"I have not been to Oxford Town" is one of my favorite Bowie songs from the nineties, and they made this excellent cover of it in the film Starship Troupers. It was used in a ballroom scene if I recall correctly from this otherwise unremarkable film.

The song is from the album "Outside", which is often considered one of his less accessible ones, which it is, but it also contains a couple of real gems.
I found this fun live version of it. The sound is pretty decent considering it was filmed on a handheld amateur video cam. I would have thunk that the tiny microphone on such a camera would be totally overwhelmed by the sound pressure you get at a rock concert, n'est pas?
It is a pity that Bowie (like Beatles) has not spent more time on just rocking good rock music, for he does it so well.
Posted by Eolake Stobblehouse at Tuesday, May 29, 2007 2 comments:

Adam Engst has commentary.
Posted by Eolake Stobblehouse at Tuesday, May 29, 2007 1 comment:

Beware of the photographer

Beware of the photographer.
That's just too funny.

I've discovered that I'm a mystic.
Whaddayaknow. You live and you learn.

"Mysticism is usually understood in a religious context, but as William James and Ken Wilber point out, transcendent experiences may happen to anyone, regardless of religious training or inclinations. Such experiences can occur unbidden and without preparation at any time, and might not be understood as religious experiences at all. A reality shift by an ordinary individual, a momentary unity experience by the artist or athlete perceived as an interconnection with existence or a loss of self accompanied by feelings of euphoria, by the scientist as a spontaneous ecstatic inspiration, by a prophet as an open channel of knowledge or even dismissed as psychological disturbances in modern times. But, the authentic mystic's ultimate goal is a sustained stable state of full consciousness, wholeness/holiness through self-knowledge."

Final Identity ventured:
There's a test at Beliefnet called the Belief-o-matic. You answer about 20 questions, not only giving each a response but also giving each an importance from high to low. Then it tells you whether you're a Sikh or a Liberation Theologian or a Mormon or what. Gives you percentages even.

Yes, it's a fun little thing. Apparently I'm a Hindu. (Though that is actually a big collection of religions.)
Mysticism as such, though, is not a religion. It's more of an attitude or a path.

I've been looking a bit at Little Richard lately, because he's such a huge influence on rock, including such names as The Beatles and David Bowie.
I was never a huge fan of him, perhaps because I was born after his heyday. Also, while the music is good, something about his forced voice rubs me the wrong way.

This clip is from an old film, from the title it seems like it was meant to be a defence and promotion for rock music, not easy to do in the fifties. It is bizarre to see those well-dressed people sitting down, smiling, swinging, and clapping their hands to this noisy, rebellious, outrageous music. Anything to sugar-coat the rebellion.
Posted by Eolake Stobblehouse at Sunday, May 27, 2007 2 comments: