I have been bitching (mostly on eReaderJoy.com) about how poor the tools and processes are for making ebooks. It is just weird and wrong that it's much easier for me to make a wonderfully formatted PDF file, which does not display well in small ebook readers, than to make a .mobi or .epub file, which does work well in ereaders, and should be simpler to make because it's just based on HTML and has simpler formatting.
Or to put it another way: it is just way too difficult to make an ebook, people either need a lot of study, or help from a pro. I think it should be a very simple process, once you have a correctly formatted script.

I don't know whether The People's E-book will provide the best solution, but they have the right aspirations.

Posted by Eolake Stobblehouse at Friday, February 08, 2013 No comments:

'Thirty Six' app makes you a thoughtful photographer again, article.
It allows the user to take black-and-white pics on their iPhone, iPod touch and iPad. However, the brilliance behind the app is that it works like a film camera. The app operates on a system of film rolls of 36 exposures each.

It is really weird how too much freedom is often bad for the artist. It can be paralyzing, like standing in a bare desert, which way to go? If there's a road, it's easier.

In Zen And The Art Of Motorcycle Maintenance, he talks about how one of his Creative Writing students had writers block. Which persisted until he told her to write about their town. The main street. The low numbers end. Starting with the first brick on the first building. Then her dam burst. 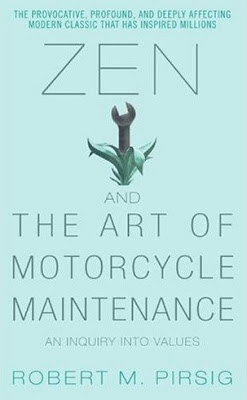 (Dang, it's nigh 30 years since I read that, maybe I should do it again. Though I objected to the whole book being about how to define quality, and then he ended just saying that it can't be defined. Of course it can, it's how good something is, how well it works according to purpose, or its innate characteristics.)
Posted by Eolake Stobblehouse at Wednesday, February 06, 2013 6 comments:

I've just seen that here in UK, you can get 2-10 years in prison for carrying a gun visibly, even if it is just a replica or realistic toy gun!
Isn't that rather... draconian? You get two years minimum in prison, basically for scaring people? I could understand a £500 ticket or something, but...

I don't know how much of this is the same for most of Europe, but I've also seen that you apparently can't even buy pepper spray legally here. It seems to be very strict about anything weapon-like. Which is particularly odd, since anybody can go into a kitchen store and buy an 8-inch butcher knife (or an axe in a building market) which will kill a man in one second flat. Pepper spray won't do that.
Posted by Eolake Stobblehouse at Wednesday, February 06, 2013 21 comments:

I wondered if it was trick video, we've seen so much of that, but it just goes on too long. This kid is just a natural.

Posted by Eolake Stobblehouse at Wednesday, February 06, 2013 No comments:

I'm not sure why we are becoming obsessed with trying to express ourselves in tiny amounts.
You cannot have a meaningful conversation with another human being on Twitter. You cannot produce photographic art of any value within the limitations of a service like Instagram, and you sure as hell cannot produce film as art with Vine [Vine has a six-second limit on videos shared - ed].
-

40 Of the most beautiful typeface designs released this January

40 Of the most beautiful typeface designs released this January, article, showcase.
It's a very good selection, mostly at good prices, I found not one, but two new fonts I think will become favorites of mine.

Reader Bert wrote to me that his favorite is Insolente. Me too, it's so understatedly gorgeous and real looking, I'd been searching for a thing like that for years.
Posted by Eolake Stobblehouse at Sunday, February 03, 2013 6 comments: