I like these a lot. Don't know if I really have the space or use for them though.
They're ceramic. And surprisingly premium: $35 for one small, or $175 for a three-set! Not Ikea stuff this. 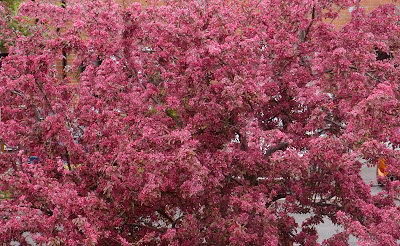 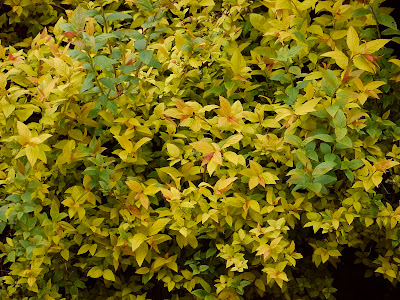 Here's a cool household tip.  CalgaryMark reminded me of this post, he and wife got their Contigo travel mugs and are happy with them. (I upgraded from a Thermos foam-insulated mug, and it was a great improvement in insulation and spill-proofness.)


A small downside to the model I have is that the top is hard to clean inside due to the opening mechanism which goes across. But I guess it's well worth it, for the mechanism works great and makes it a lot safer than most mugs.

I asked Contigo about the cleaning issue. They wrote:

"Thank you for contacting Contigo® and we apologize for the difficulty you experienced with your product. We are working on a lid that comes apart for better cleaning.
I have included a tip that may be helpful. Sprinkle some baking soda in the upside down lid and then add an ounce of lemon juice. The chemical reaction sweetens the whole inside of the lid. Rinse the lid with hot water and let dry, the hot water will clear out anything the baking soda and lemon didn't reach."

By the way it foams, it looks like it's a pretty powerful cleaning process.

By the way, doesn't Blogger seem unreliable recently? I keep getting "service unavailable" error messages when loading a page.
Posted by Eolake Stobblehouse at Friday, May 04, 2012 No comments:

Apropos pattern photos, TCGirl took this nice photo of patterns that blades of grass have drawn in the moist sand.
Very cool. I wonder how many times the leaf has to pass to make such a stroke, and it's interesting how they can hit exactly the same groove. 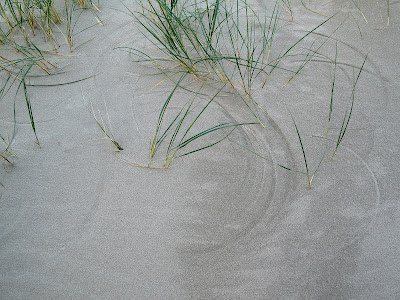 (Clickable.)
Nice for the desktop.
Posted by Eolake Stobblehouse at Thursday, May 03, 2012 15 comments:

It already is starting to look like the Olympus OM-D is going to be a very impactful camera. Here is an article about using it, including some gorgeous China photos. 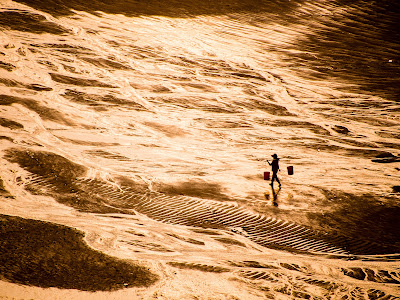 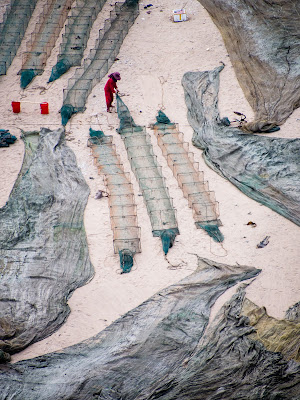 Talking about the OM-D, look at this dynamic range. (Bottom of page.)
Posted by Eolake Stobblehouse at Thursday, May 03, 2012 No comments:

Amanda Palmer is putting out a new album, the first in four years. She's funding it via Kickstarter.
Some really remarkable things:
1) the minimum pledge is only one dollar for the whole album! That's gutsy.
2) In a couple of days she has already made half a million dollars!
Self-funding and crowd-funding via the Internet is an astoundingly "disruptive" phenomenon/technology. There are many awesome success stories.

She's doing the very, very smart thing which people are discovering is very powerful business-wise, and much easier over the Net: selling several different levels of pledges, so you can decide how much you want to pay her, depending on how big a fan you are. One dollar for the whole album is super-cheap. I am sure this already makes many so grateful that they throw in a few extra dollars. And the special-edition CD and vinyl versions are perfect for hardcore fans, and the prices are well chosen, I think.
Posted by Eolake Stobblehouse at Thursday, May 03, 2012 2 comments:

Hot spots not so hot

I was looking at options for a little vacation by the beach in the "ol' country", and one holiday center/town I knew as a pleasant place had reasonable prices I thought, and it had free Internet included.
But elsewhere on the page it was less clear what this meant, so I contacted them, and they told me that at the moment the huts do not have wireless internet, there is only "a PC in the reception for checking email".
Really lame. This is 2012, and Denmark regards itself as one of the most technologically forward nations in the world. And in some ways it is, even school children had their own mobile phones in the 1990s. Of course this was helped by it being a small and flat country, easy to cover wirelessly. 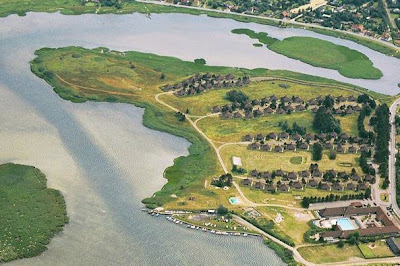 But maybe it is really just a small minority who *don't* have stuff covered for a couple of week just with a cell phone and occasional email check on a public peecee.
Posted by Eolake Stobblehouse at Wednesday, May 02, 2012 5 comments:

[Thanks to Kirk]
Posted by Eolake Stobblehouse at Wednesday, May 02, 2012 No comments:

Rumor has it he had to buy a new camera for every one photo, until he figured out to wrap the camera in plastic. (Just kidding.)
Posted by Eolake Stobblehouse at Tuesday, May 01, 2012 No comments:

Posted by Eolake Stobblehouse at Tuesday, May 01, 2012 No comments:

I, and many others, have said that the camera in the iPhone is excellent. And it's true. It's excellent for a phone camera.
But, just being one marble's worth of space in a phone, it has weaknesses. For example: low light.
Take the photo below, which I took while just playing around with the iPhone camera after a meal. The light was pretty low, but still with a dedicated camera I'd have gotten a sharp photo (though admittedly hardly an interesting one!) With a good camera I've taken very sharp pictures down to 1/15th second without stabilization, and down to 1/8th second with stabilization. But with 1/20th second (F:2.4, ISO 200) and a bit of bad luck (it always varies from pic to pic), I got a very unsharp picture here with the iPhone.

Another factor is that you can't set anything yourself on the iPhone, no control over aperture, shutter speed, or ISO. Most of the time, not a problem though.

Also, even with a good pocket camera made in the last couple of years, I'd probably get decent image quality at ISO 800, which would have made for F:2.4 and 1/80th second, much easier to hand-hold. 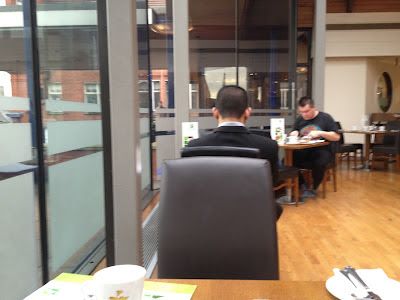 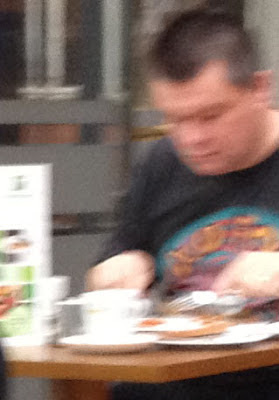 It occurred to me that practically all commercially successful writers I can think of, have a quite limited range. When you pick up one of their books, you can be pretty sure of the style, the kinds of characters, the kinds of situations and problems occurring, and so on.

One of the few exceptions which occur to me is Iain Banks. Even just the fact that he's successful both as an science fiction (and fantasy?) writer and a "mainstream" writer is very rare. But also within those, he writes very different types of books.

Can you think of some examples of writers with wide range? I'm particularly interested in such writers as were successful early enough to benefit themselves, since it is obvious that the market asserts great pressure. The great bulk of readers have quite limited taste, and if a writer were to suddenly change his style or area radically, he might lose the bulk of the followers he has accumulated over the years. (Which is surely the reason why Iain Banks write as "Iain M. Banks" when writing SF.)

But don't shy back from mentioning less bankable writers, if their books are interesting.

Oh, another versatile writer occurs to me: Tim Powers. Though he only writes a book every three-five years or so, so he's probably not exactly raking it in. (Albeit he told me he earned a neat sum on the rights for On Stranger Tides for use in the fourth Pirates movie, and they didn't use a line from the book.)
Posted by Eolake Stobblehouse at Monday, April 30, 2012 9 comments: 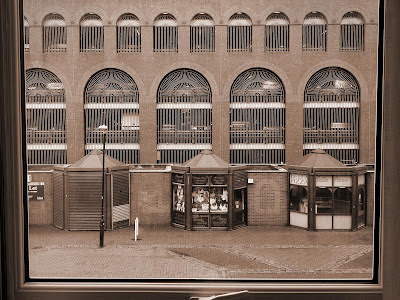 DPreview looks at the OM-D

The new Olympus OM-D continues to get praise. Bert found DPreview's review of it.

The E-M5 sets a new benchmark for Micro Four Thirds images, thanks to a modern sensor and Olympus' excellent JPEG engine. It continues to produce good results in lower light than was previously practical and produces attractive output in all but the most challenging of situations. The combination of its small body and the small lenses available for it (specifically the Panasonic 20mm F1.7 and Olympus 45mm F1.8) mean it's a camera we found ourselves taking everywhere, without any concerns that we were having to make undue compromises on image quality.
[...] If you're absolutely unwilling to compromise on image quality then spending twice the money and moving up to the bulk of a full-frame is the only way of gaining a significant step up from the E-M5.

Well done for the tiltable screen. And it's a touch-screen, with the ability to let you touch the subject on the screen, and in a split second the camera focuses and shoots. Probably the fastest and most intuitive focusing system invented. (I've tried it on the Panasonic GH2.)


I wonder why the kit lens is so huge? It seem incongruous. OK, it is weather-sealed like the camera, but still. So far, it seems that if one really wants to optimize the camera's compactness, prime lenses are the way to go.
Like Bert also said to me, something like: there are already amazing lenses for the M4/3 platform, and with this new distinctly semi-pro camera having arrived, we can probably look forward to much more of those.
Posted by Eolake Stobblehouse at Monday, April 30, 2012 No comments: 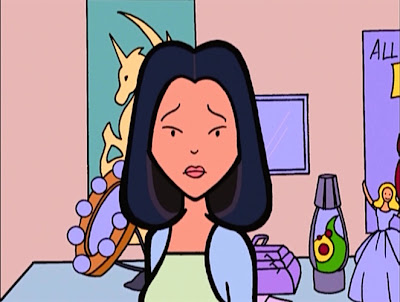 Hey, golddurn, it turns out she exists in real life too! 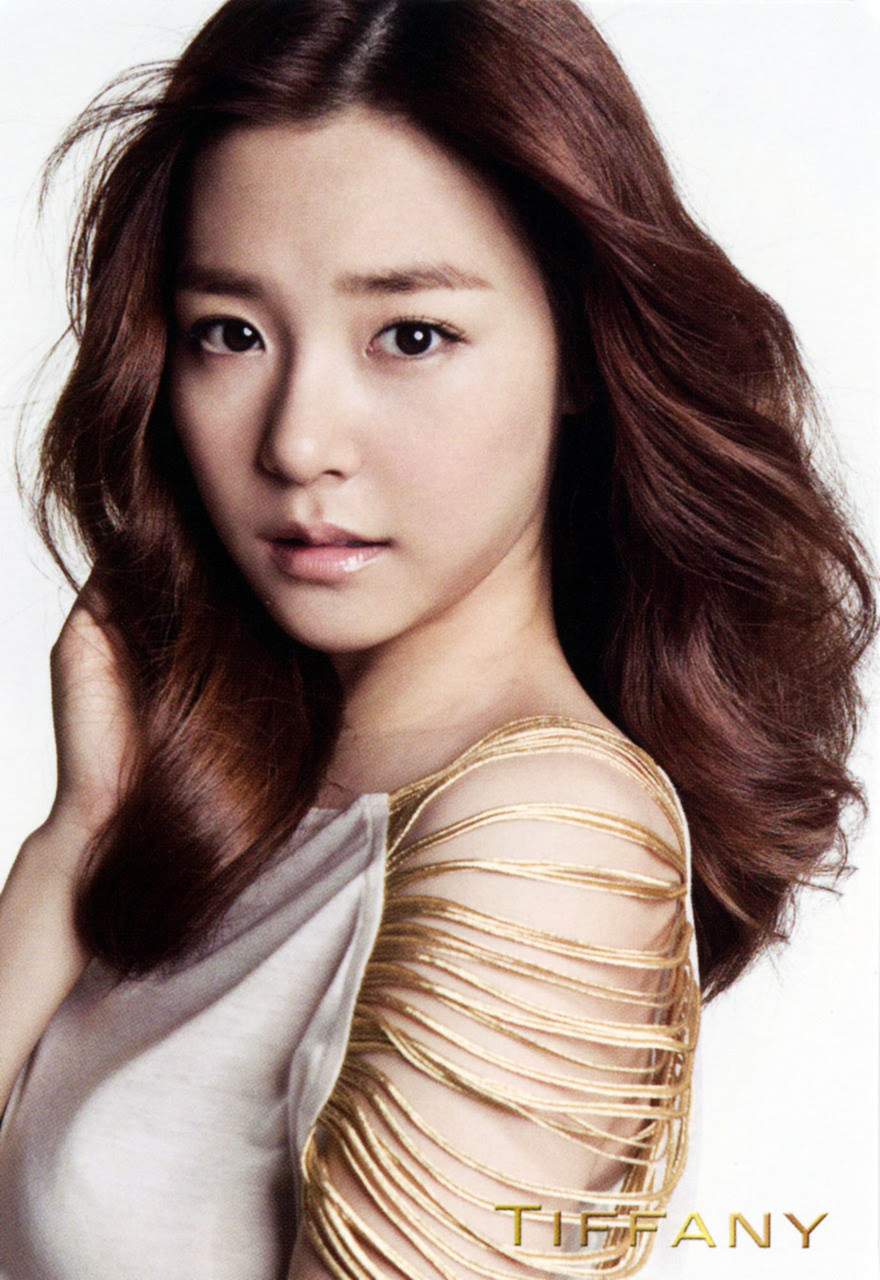 Posted by Eolake Stobblehouse at Monday, April 30, 2012 No comments:

I don't know, really. But there's something to it. I forget who it was that wrote about a young woman she met, college-aged, this girl was tapping away, texting or tweeting while talking to her. And she admitted that she was unable to *not* do it! And this was not a "sick" girl, she was honor roll student and everything.

It seems this guy, though he has a point, is a bit loose in his thinking, for example he says that The Singularity is when we embed tech into our bodies.