No kidding. I guess it started when Nikon had the Nikon F in the fifties. Some genius at Canon decided to call their supercamera the "F1".
But then Nikon replaced it with the Nikon F2! Argh, what to do? If they called their next model the F2 also, they would look like a me-too. So probably the same genius called it the F1 mark II. And both companies, sticking to the guns they know, have been following the same pattern since, with the big models. They did the same with the big electronic cameras on the nineties which still used film. Those very rounded ones. Weren't they called D1 or 1D or something like that also? Maybe just "1" and "3".

Of course come digital, Nikon calls their cameras D.... , while Canon calls theirs ....D. It's insanity. And spare me the "EOS" and "Coolpix" and "Powershot" just before the name... Who the heck knows  or cares which Canon is a Powershot or not, or why?

Camera companies and many others too would do well to hire somebody with a drop of sense and imagination to name their products. 40 years ago I read of a Canon experimental camera called the Canon Frog. See, *that* name I can remember, decades later. 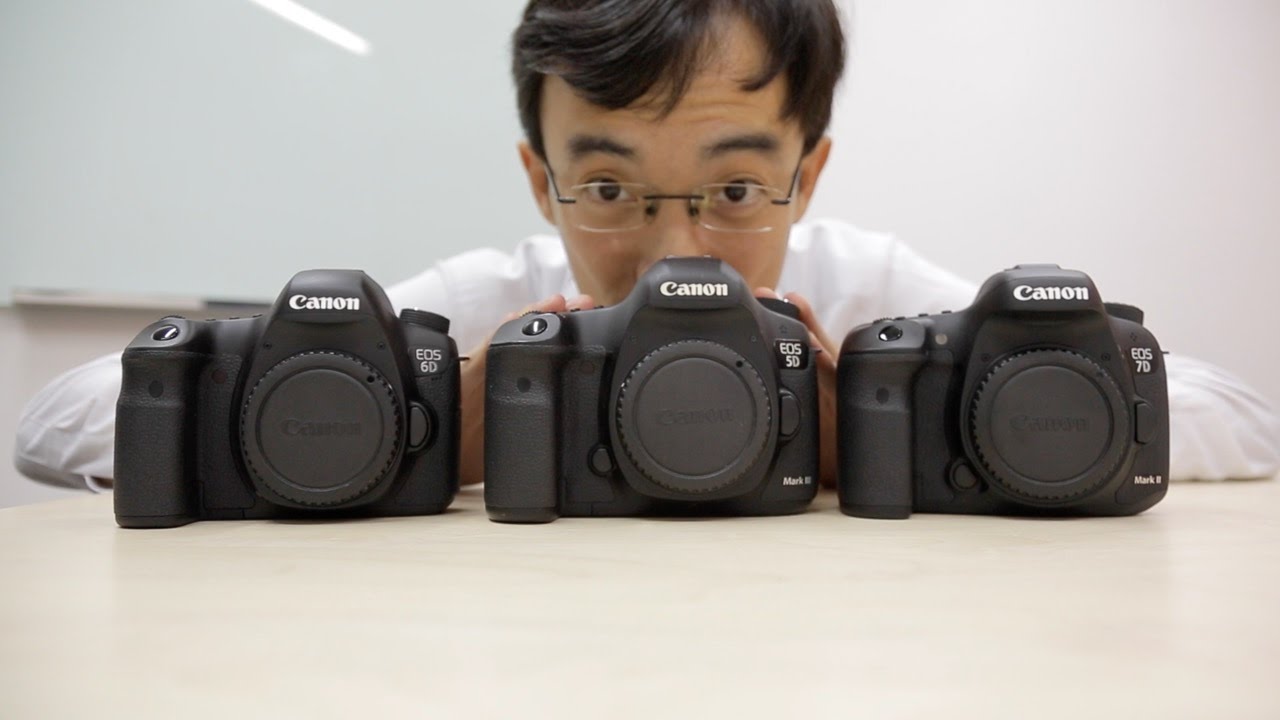 Despite them being near triplets, the 7D is not full-frame, while the other two are. And quick, tell me: the successor to the 5D mark II, is that the 6D or the 5D mark III? (Both exist, but oddly the 5D mark III is much more advanced and expensive than mark II, while the 6D seems very much like a successor...)

This is what Mike Johnston calls the "bar of soap" school of design. You take a big wet bar of soap and press it until it's nice and rounded and fit in your hand. Ergonomically not a bad idea, but it gets really boring when all models look near-identical.
Posted by Eolake Stobblehouse at Friday, February 19, 2016 2 comments:

Amazon has for a couple of years now had their own delivery network here in the UK. And it's buuuuuusy! I got a parcel once later than 10pm!
But they have problems with people taking/receiving parcels which they did not buy.
For a little while they asked the name of the recipient first. This should work. But maybe the typically young and inexperienced drivers forgot to ask before they handed over the parcel, where the receiver can read the name anyway.

Today I saw they have a new gadget. Like a fat smartphone. With touch screen which you sign on.

I asked if it was new, and he said it was. And over his shoulder on his way out, he also said: "It also takes your finger print."

Woa. I don't know how they will handle it in case of misdelivered packages. Will they really go out there again and ask for a person's fingerprints??
And can it really do something with a print of just the tip of a finger?

I do know there's a big chance of some people getting very upset indeed about this development.

Update:
David E says:
"I have signed for Amazon deliveries using these gadgets. I don't see how they could reliably take a fingerprint. I think it's a myth."

That does seem probable.
Posted by Eolake Stobblehouse at Tuesday, February 16, 2016 5 comments:

Here's a new photo I call "Picasso loves his iPad". 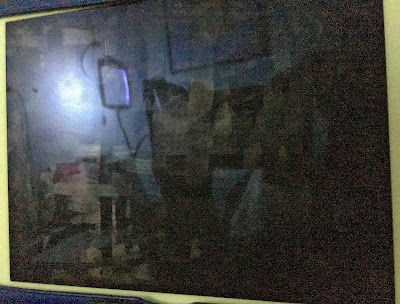 (Click to see texture.)
Posted by Eolake Stobblehouse at Monday, February 15, 2016 No comments: