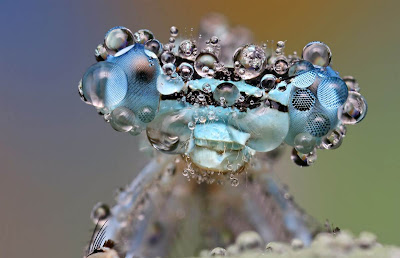 These are really amazing, visually. They get great abstraction from the close-up-ness, and even more from the raindrops. 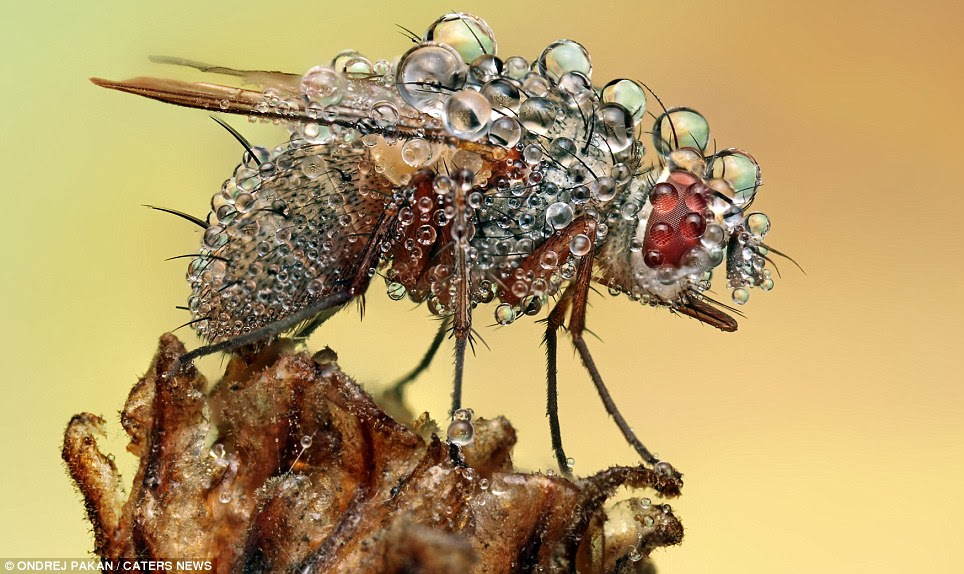 I would love to know what is the "special lens" that he uses. The lower one seems to have unusually deep depth of field, with normal lenses you can only get part of the insect sharp.

Update:
Andreas pointed at Helicon Remote, software which will automatically run the camera and make focus braketing, ready to be combined with Helicon Focus software. And indeed, some of their samples are macros of insects.
Posted by Eolake Stobblehouse at Saturday, March 10, 2012 11 comments:

Can you get mail notifications?

On a different Blogger blog it seems there is no longer any option to select getting an email notification when somebody puts in a comment on a specific post. Can you guys still get that from my blog?
Posted by Eolake Stobblehouse at Saturday, March 10, 2012 2 comments:

Soon to grow up

So I'm 49 today. Which means in a year I'll be 50, and it will be time to figure out what to do with my life. So I have just one year left of being young and rapscallious*, better make the most of it.


*According to the dictionary, that's not a word. Hard to believe, it's a pretty obvious one, methinks.
Posted by Eolake Stobblehouse at Friday, March 09, 2012 22 comments:

Shell Game: An Art Show About the Financial Meltdown 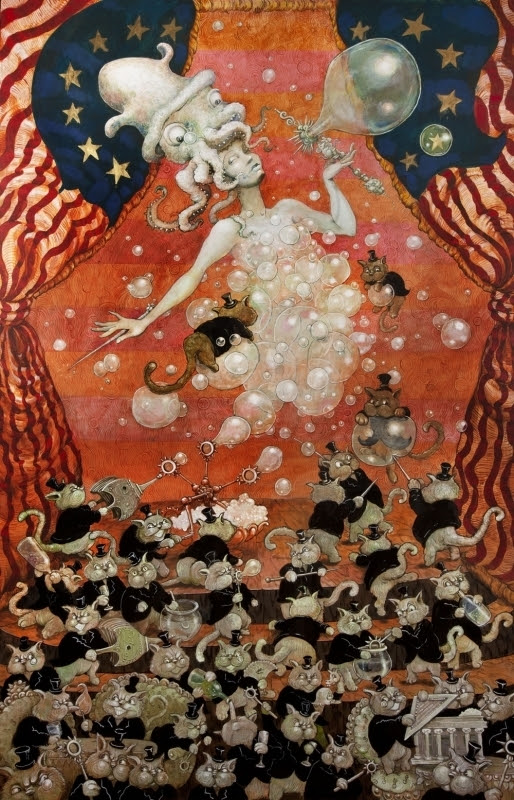 (Meanwhile, Sandra Bullock sounds to my non-German ear like she really speaks it well.)
Posted by Eolake Stobblehouse at Thursday, March 08, 2012 2 comments:

The song of Ransom 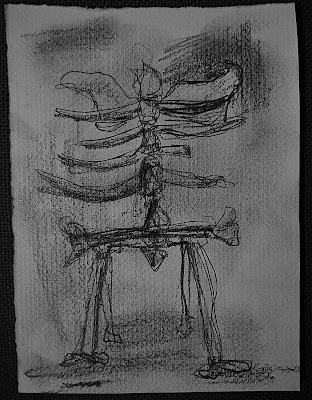 Drawing is ballpoint and pencil on watercolor paper, with a little Photoshop processing.


Thanks to Iain M. Banks for inspiration towards this limerick and drawing, found in one of his wonderful Culture novels, Use Of Weapons.
Posted by Eolake Stobblehouse at Thursday, March 08, 2012 4 comments: 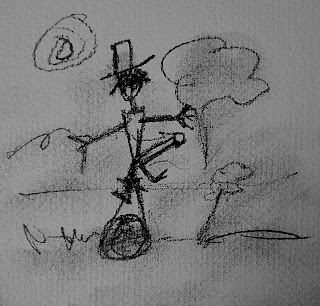 The third generation iPad, announced today, is covered on my device blog.
Posted by Eolake Stobblehouse at Wednesday, March 07, 2012 No comments:

The site looks nice, but "Google Play Store"?? What, "Toys R Us Too" was taken?

I'll have to check out the video store though. I've been wanting to buy video on Android, but there's not really been anything I knew of, and on the Kindle Fire, video and music is only available for USA so far.
Hmmm... seems only 48-hour rental is available here in the UK though, on Google Play. I don't know why they don't simply make it two months these days, it's not like they have to get a video casette back before they can rent it out again.

---
BTW, I just watched RED. Cor blimey, as the Brits say, that was a fun movie. And funny. I'm a pacifist, but seeing Helen Mirren in a stylish party dress shooting a machine cannon almost the size of a small car was just fun, gotta admit it.
Posted by Eolake Stobblehouse at Wednesday, March 07, 2012 3 comments:

People often ask me which camera I recommend. I've often said "the cheapest Canon with optical stabilization will do most people very well". I've expanded a little, last week I wrote to Paul who had asked:

I would appreciate your comments/recommendation with regard to what Compact Digital Camera do you recommend me to buy?  I will use it for trips and probably end up having it inside my car to be used for those "moments".

If it’s not too big or expensive, my current favorite compact-ish camera is the Fuji X10.
Smaller, but very capable, is the Canon S100.
If you want cheaper, get any Canon compact, only make sure it has optical stabilization.

After a little back and forth, he wrote today:


I just got the Canon S100.  I'm impressed: size, weight, overall quality and so far the photos are first rate.  I know nowadays is hard to be amazed by technology but WOW! ... how is it possible to manufacture and deliver this camera for less than $400?!
I had the intention of buying also the Fuji X10 because of their similar characteristics, but after using the Canon S100, I concluded that for the time being this is the perfect camera for me, and I can't imagine a better Price-Size-Weight-Quality relationship.
Thanks for recommending this camera.

I agree, it’s an amazing camera. It pretty much has it all, in a tiny quality package. (It really is only cigarette-pack sized.) (If I remember right. It's been many years since I held a pack of cigarettes.)
And it feels good in the hand too, even better than the S90 (for which I bought a grip).


If you have this, you don’t need the Fuji X10, except if you do a lot of low-light work, or the small size of the Canon is fiddly to you.

This is a testimonial not only to Canon's prowess, but to how far the camera industry has come, for today I would say that today it's actually hard to buy a camera which you won't be happy with, if only you've given a little thought to what size and capabilities you wanted.


Posted by Eolake Stobblehouse at Tuesday, March 06, 2012 No comments:

"The Rage Of Hell Boils In My Heart"

Rachele Gilmore’s 100 MPH Fastball, an article about opera of all things, and high performance in the arts.

Again, perhaps, we are in this area of "is it art or sport?" Does it make it better art if hardly anybody else can replicate it?

Funny enough, I found this just after having come across this snippet of a wonderful rendition of The Queen Of The Night Aria (You need QuickTime to hear this). This also obviously is very hard to sing indeed, and I even really like it as music too, wonderful melody.
iTunes had many different rendition of The Magic Flute and this song, but I didn't find one I like equally. The singers all seemed like they were stressed by the difficulty of the piece, usually doing it too fast (I guess running out of breath is a real issue).
Based on the radio show, this recording must be from before 1999. If you happen to know which one it is... ?

----
"Der Hölle Rache kocht in meinem Herzen" ("Hell's vengeance [rage] boils in my heart") is the actual title of the song. Mozart had balls, and humor. Other song titles in the Magic Flute include "Hm, hm, hm, hm" and "pa pa pa". Wie wunderbar.
Posted by Eolake Stobblehouse at Monday, March 05, 2012 5 comments:

Our reader Alex finally gone done deciding on a new camera, he got the upscale compact Panasonic Lumix LX5. Congrats, I hear it's a good one.

In a review of it, I read:
The LX5 is the fourth in the LX series, following on from the LX3, which was released in 2008. That may seem odd, but Panasonic, like other Japanese manufacturers, does not use the number 4 in its designations. This is because the number is considered unlucky in Japan, due to it being pronounced the same way as the word for ‘death’.

Woa! And nobody told Nikon! The new flagship D4 must be dead in the water. Ooooh. 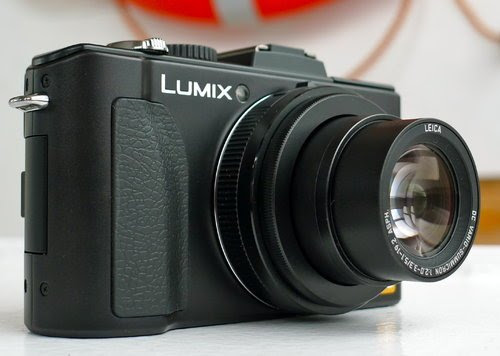 10 Reasons to Date a Geek

10 Reasons to Date a Geek, article.

A few days ago my wife turned to me, while I was brainstorming uber-geeky topics and ideas, and told me “You should write the top 10 reasons why someone should date a geek!”.
I paused for a second and with a puzzled look told her “Well, you tell me what they are…”. I’ve been with my wife for more than 10 years now and I’ve always wondered, why the *blip* did she choose me?
-

Too much of a good thing

They say that Sheyla Hershey went to brazil to get her breast even bigger (reportedly she's had eight enhancements already, oh boy), but was foiled by a Brazilian law setting limits to size of breast implants!

I can't believe that her body is handling it, both the many operations and the sheer size and weight.

Given the great number of fakies, many even more fake-looking than these (though not larger), it seems that there are many who do like them, or don't care, or can't tell the difference. It is weird indeed. Anybody heard of any surveys or whatever which sheds light on this? 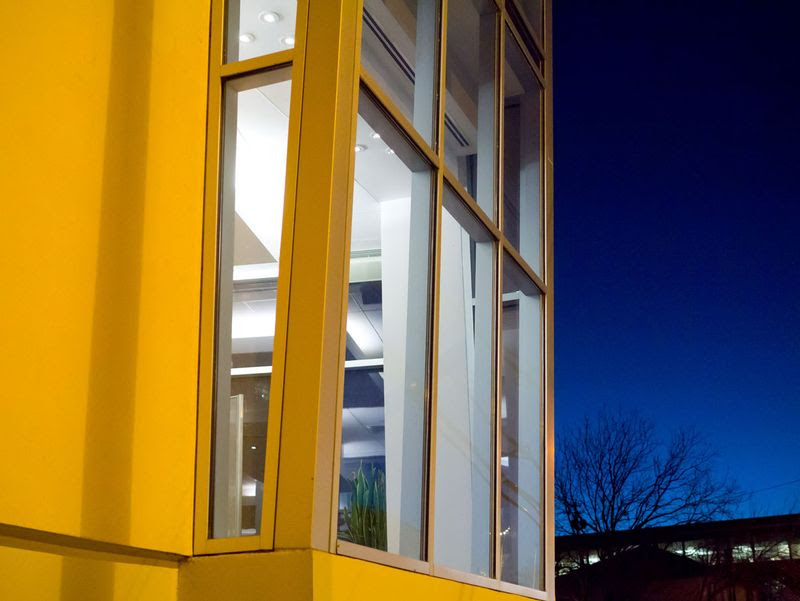 It is stupid that names for digital camera formats are all based on such outdated terminology, instead of just saying the actual size in millimeters. Some theorize that it's to hide how small some sensors are, I dunno.
Posted by Eolake Stobblehouse at Sunday, March 04, 2012 No comments: