Restoring a Photograph from the 1870s I must admit I didn't have high hopes for Olympus introducing anything exciting in the Micro-Four-Thirds arena, since they've been so... middle-of-the-road for so long now. But these new releases really peak my interest. A few highlights:


... all things I have been verbal about the want of, in these pages.

Maybe I'll finally get to take advantage of one of the purported advantages of the 4/3 (and Micro Four Thirds) system: cross-vendor compatibility. Olympus lenses should work on my Panasonic cameras. Well, except sadly without image stabilization since Olympus has it in the body and Pana has it in the lenses (when they do). Ah well, there are many combination possibilities.
Posted by Eolake Stobblehouse at Saturday, July 02, 2011 2 comments:

It's funny how The Simpsons manages to stay on air and yet be sometimes distinctly not for children. For example school handy man, redheaded scotsman Willy is leaving in a huff, and saying to Principal Skinner: "now you won't have your Willy to slap around anymore".
And Skinner has been effectively imprisoned by rebellious school kids, they have put him into the sack which normally holds the dodge balls, only his head sticking out. Skinner tries to escape by telling the lab hamster: "chew through my ball sack". Oddly, the hamster sees nothing appealing about it and scurries away.
Posted by Eolake Stobblehouse at Saturday, July 02, 2011 7 comments:

Gotta say it, I don't think it's pretty.
And while I can almost get the idea of an investment in a luxury watch, doing it with a smartphone... well, what about it two years when it's outdated? You'll buy a new one for another six thousand bucks?
Posted by Eolake Stobblehouse at Friday, July 01, 2011 1 comment:

Did you know that the Internet Archive has a big movies section? Lotsa free movies, much of it not crap at all. Man, can they really pay for all that work and bandwidth just with donations?
Posted by Eolake Stobblehouse at Friday, July 01, 2011 1 comment:

Inside Google+ — How the Search Giant Plans to Go Social

Inside Google+ — How the Search Giant Plans to Go Social, article. "Google+" is a new social net working site Google is starting, and it's a huge betting, "orders of magnitude more investment, in terms of people, than any previous project".

It almost beggars belief that the king of the search — the most successful internet business ever, with $30 billion in yearly revenue — would be running scared by the social networking trend led by Facebook, a company that barely rakes in a few billion. Nonetheless, people at Google feel that retooling to integrate the social element isn’t a luxury. It’s a necessity. As early as last August, I asked Gundotra whether he felt Emerald Sea was a bet-the-company project.
“I think so,” he replied. “I don’t know how you can look at it any other way.”

Personally, I think it's a mistake, a typical fear-driven mistake.
Say you make shoes. And there's a big fad for jackets. And you say: "oh no! We have to change the company to make jackets, or we're doomed!"
People will always need shoes, and if you keep making good shoes that people like, you'll continue doing fine. You may have to up- and down-scale a bit along the way as the waves go, but if you just run things by sound and conservative economic sense, you're a winner in the long run for sure.
Posted by Eolake Stobblehouse at Friday, July 01, 2011 16 comments:

1967, two years before Bowie's first real hit, this came out. It's not well known, and I think Bowie is not unhappy about that, but I think it's a fun little thing. 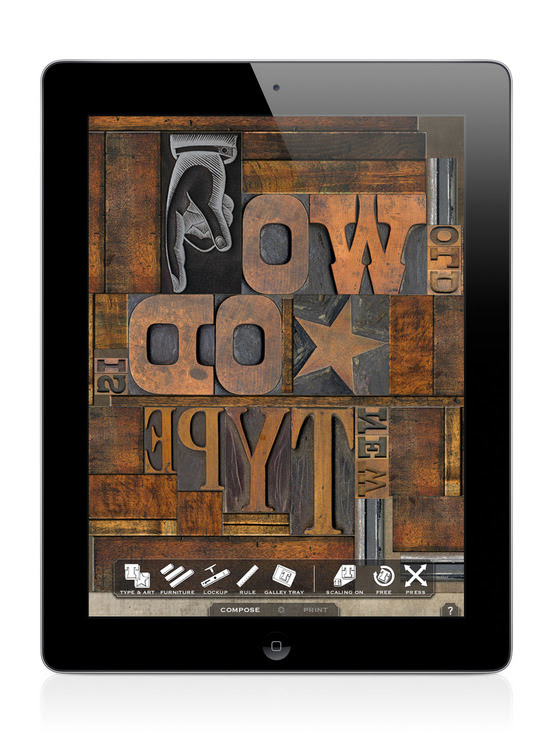 It would be even kewler though to play around with a real, big wood-letter press, make big art posters.

There must be a way of making art digitally, then getting it etched into wood or other material to make print shapes like these letters...

... But then I'm thinking, can you really make anything with screen printing that you can't make directly with digital print? Results-wise I mean, I'm sure the physical process is inspiring to many.
Posted by Eolake Stobblehouse at Friday, July 01, 2011 4 comments: (Yipee, via the "Secrets" plugin, I could now set screenshots to be JPEG instead of PNG, which are often ten times larger and waste bandwidth.)
Posted by Eolake Stobblehouse at Thursday, June 30, 2011 No comments: 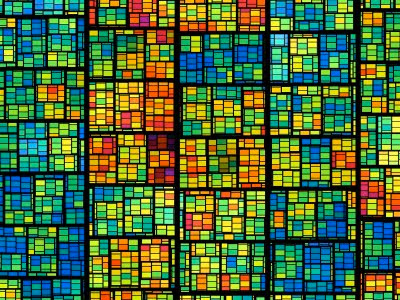 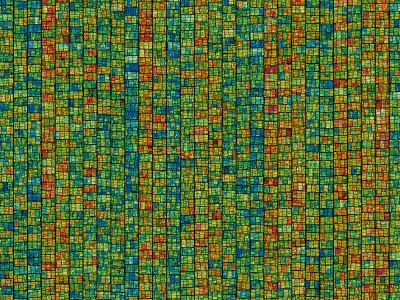 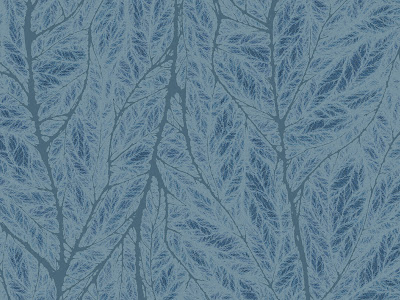 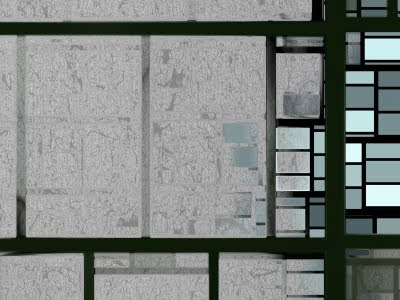 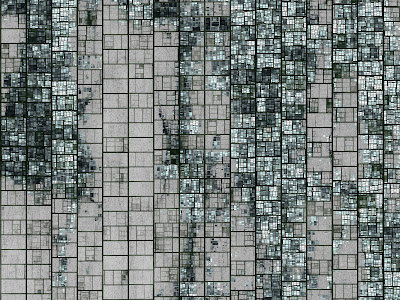 (1600x2650px high-distance version)
The second one reminds me of a big, lively, alien apartment complex. And the last one of a map or arial photo, obviously. I quite like the last version, linked-to (since Blogger has a max rez of 1600x1200). But it's my creed that there's no need to interpret art, and no interpretation is the "right" one. Then it wouldn't be art, but journalism.
Posted by Eolake Stobblehouse at Thursday, June 30, 2011 14 comments:

Once in a bar moon

A guy recommended a bar to his friends: "it's amazing, you go in, and somebody buys you a drink. This happens several times. And then you leave with an attractive partner, and have free sex all night".

His friend came back and reported that nothing like that happened to him. "I don't get it," he said, "my sister does it all the time!"
Posted by Eolake Stobblehouse at Wednesday, June 29, 2011 1 comment: 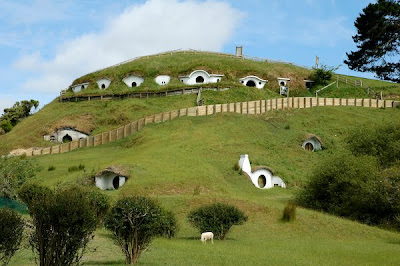 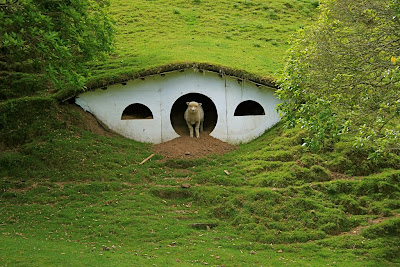 Funny by the way how Lord Of The Rings is not just popular, it's so big, mental-impact-wise, that virtually all fantasy since it have been caught in its gravity field, creatively. I personally really don't get the attraction. But there must be something about it, I personally have two friends for whom LOTR is the one book they can and will read and read and read again.
Granted, I'm more of a SF guy than a fantasy guy. But maybe that's because almost all fantasy is "high fantasy" (a nicer word for LOTR rip-off). I like fantasy if the author steps out of the cookie cutter, for example Tim Powers, his books Anubis Gates and Last Call are amongst my favorites, they are fantasy, and they have all-original ideas throughout, not a tall hat with stars on it in sight.
Update: I have just found out that four of Tim's books are on Audible/iTunes! Zippidy. I may start with On Stranger Tides (review), which is one I haven't re-read since back then. (Note, if you're not in the US, you need an American credit card to get the audible version, typical silly territorial issues.) Oh, and they are narrated by Bronson Pinchot... remember the genius who played Serge in Beverly Hills Cop? The faux-French, faux-gay, faux-everything hilarious art gallery clerk. I wonder what happened to him, film-career wise, he was outstanding.
Posted by Eolake Stobblehouse at Wednesday, June 29, 2011 8 comments:

The poster child for Internet stupidity?

OK, I'm the first guy to say that people are over-sensitive these days, and that the law system is messed up. Still, that's a f***ing dumb thing to write on your facebook page.
And yet... years of battle with the legal system for one sentence on a web page? That's not just dumb, that's organized stupidity, so I guess that's worse.       :-)
Posted by Eolake Stobblehouse at Tuesday, June 28, 2011 6 comments:

It's funny, until maybe five years ago, they were always promoting clock speed in processors. That was progress, that's how you promoted it. But then at some point they said, in the words of Steve Jobs, "the whole industry has hit a wall" *. Some technical problems were prohibiting them from making the circuit pathways thinner, and thus making the chips faster. Progress in clock speed since then slowed dramatically. I suppose it killed Moore's law. But heck, that lasted over half a century, amazing for any tech prediction.

So then they started to add more cores to devices to make them faster. Parallel processing. Software has to be written for it to be an advantage though. But you never hear any talk of processor speeds these days, it's only number of cores.

----
*A year prior he was releasing a new generation Power Macs, and promising that in another year they would come up to so-and-so clock speed. I thought: "don't say that, you idiot. For one thing, it'll make some people refrain from buying the current version, for another thing you can't promise anything like that". Lo and behold, a year later he stood with his hat in his hand, humbly. Well, as humble as Steve ever gets, nothing dramatic... The weird thing is, Steve never talks about future products normally. The one time he elects to do this... bad timing!

Blame marketing for the confusion.


For example, did you know that the Core 2 label on Intel processors had nothing to do with dual cores? Seriously! It refers to version 2 of the Core processor architecture. Really. And to be sure that nobody could possibly follow their "logic", they adopted that name just as they were getting ready to release their first mainstream dual core processors, hence the Core 2 Duo, etc. 'nuff said, otherwise I won't be able to remain polite.

Looking at Intel toys, the point where the use of clock frequency as a performance indicator broke down was precisely when the Netburst architecture was abandoned in favor of the Core architecture.

If we make the former a lawnmower mounted under a racing car, then the latter is a harvester. There is no point in comparing the top speed of the two, the racing car will always be faster. But it is the harvester that will get the most work done, especially as it gets wider and wider!

As for Moore's "law", one should refrain to apply it to any one parameter. If you consider only the actual throughput of current processors, it's not dead yet, there's still lots of progress to be made.

Progress follows the path of least resistance, like pretty much anything in nature. All that one can infer from recent developments is that it has become easier lately to improve on internal architecture than continuing the race for faster clock speeds. And once they run out of ideas in that department, there will be some other area to improve.

One can rest assured that we haven't seen the end of the scale in terms of clock speeds either. Be it through new silicon geometries or some other development, the race will resume when the conditions are right.
-
Posted by Eolake Stobblehouse at Tuesday, June 28, 2011 13 comments:

Anna found this fun song/video. Warning, has lots of naughtiness and near-nudity.
Posted by Eolake Stobblehouse at Monday, June 27, 2011 No comments:

Mini cameras. (Non-functional I'm sure, but it does have exchangeable lenses!)
I've shopped at Photojojo, they have decent products and good service.

Posted by Eolake Stobblehouse at Sunday, June 26, 2011 No comments:

[Thanks to Kirk.]
Cat directs human. Don't have hands? Use your human's.

How to chop wood without messing around. (Clever and skillful.)

A short experiment with perspective.

Kitten vs. A Scary Thing.