In the woods, near sunset 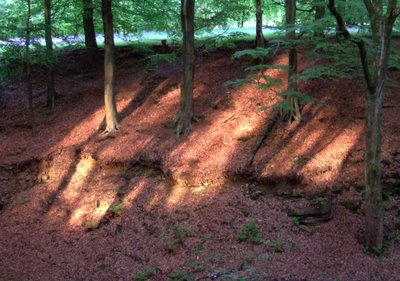 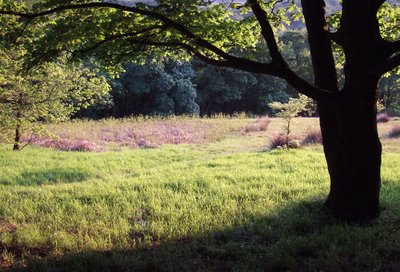 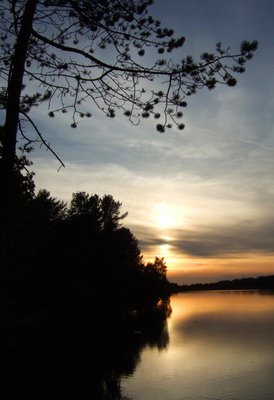 I went for a very nice walk today with my friend James, in the woods near here, between 8 and 9 evening. Gorgeous light. Great landscape.
Sadly I'd forgotten how little light is in a wood, and my pocket camera was not really up to it. But a few pictures were not shaken. 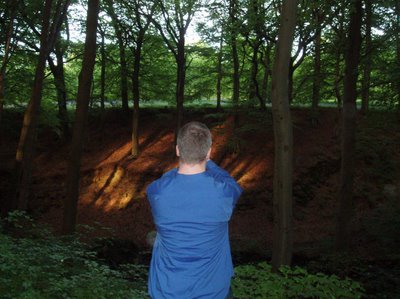 Me at work, photo by James Ryan.
Posted by Eolake Stobblehouse at Saturday, June 03, 2006 4 comments: 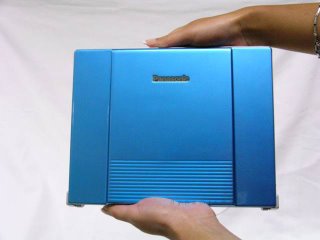 Gosh-darn it, I always wanted a one-kilo notebook. For one thing, I like writing in cafes, but a three-kilo machine you don't bring along unless you're really sure you need it.
Apple just cancelled their smallest and lightest notebook. I really hope they plan to introduce a new one soon, even smaller and lighter, otherwise I will have to buy a Windoze machine, ouch. Like this Panasonic R5. Just one kilo! And it comes in eleven different colors! 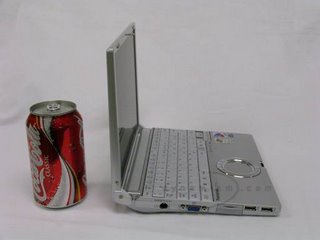 Most web browsers have as their default font (type face) "Times". This is not the most readable one, since it was designed for the high resolution of print, not the low resolution of screens.
You will find that if you use the font "Verdana", you will have better readability. Go to the settings in your browser and change the default font.
If you don't like sans-serif fonts (without the little lines at the end of the vertical lines), then try the font "Georgia", which was also designed for screen use.)
Also most sites have too small text. I recommend a minimum size of 14 points. I use 18 points, but then I use a very big screen.
Posted by Eolake Stobblehouse at Saturday, June 03, 2006 4 comments:

My friend John Farr writes about spiritual experiences in New Mexico. Farr out.
Posted by Eolake Stobblehouse at Friday, June 02, 2006 No comments:

Writers Of The Future

Here is an excellent essay about writing, SF, and the Writers of the Future Contest.
I was a finalist in that contest some years ago, went to the workshop and event, and my story is in volume V of the accompanying SF anthology. I warmly recommend everything about it. It is the biggest and most prestigious contest for beginning writers, and very inspiring indeed.
The contest is judged by some of the biggest names in science fiction, and the anthologies have great stories and essays about writing.
Posted by Eolake Stobblehouse at Thursday, June 01, 2006 No comments: 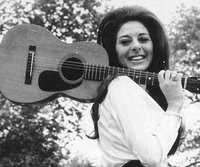 Remember the speakers I got recently? Here's how good they are: I have just gained a significant understanding of a song I've listened to maybe 200 times.

The song is Ode To Billy Joe. Many fine artists have done versions of it, including Danish avant-garde rock band Sort Sol. Their version is astounding, especially the last half.

But today I was listening to Sinead O'Connor's version. And suddenly, way in the background of the sound-picture, I heard the faint cry of a baby. I muted my Mac/speakers and listened for perhaps a visiting infant at the neighbors. Nothing. I replayed a bit of the song. There it was again! ... And the baby's wail came right after the line in the song: "... And she and Billy Joe was throwing something off the Tallahatchie Bridge..."

A chill ran down my back! I suddenly understood the story.

I do say though that the lyrics themselves, In Bobbie Gentry's original version and without this hint, really don't tell the story on their own. At least I don't see how I could have gotten it, and I guess most people don't. Rather on the subtle side.

But then Bobbie Gentry has stated that she did not know why the characters did what they did, so clearly this is just one interpretation. I very much respect her position on this. One of my most successful drawings is the Swan And The Swine, made for a poster for a concert. And people have asked me "is it a tree or a mushroom cloud". And I have to say "I don't know". I just know it has the shape that it has. (Oh, the original poster had no color.)

One of the cool and interesting things about art is that it goes beyond what we readily grasp with logic, often even in the creator's mind.

Update: Hm, the more I think about it, the more I lean towards the baby thing being just one interpretation. I mean, how would a country teenage girl hide a pregnancy from everybody? Maybe the story is more complex. Maybe it does not matter what they threw off the bridge.
Posted by Eolake Stobblehouse at Monday, May 29, 2006 7 comments:

The Miracle of Mindfulness

- "The Miracle of Mindfulness" by the Vietnamese Buddhist Thich Nhat Hanh.

If you do something merely to get to the result, you will not be really present while you're doing it, and you won't be enjoying life at that time.

(Thanks to Chris for recommending this wonderful little book.)
Posted by Eolake Stobblehouse at Monday, May 29, 2006 No comments:

Beauty is the joy of something you made yourself.

Art is co-creation. (So is a universe, but on a less deliberate level.)

Art is beautiful to a viewer when he is pleased to co-create.

Ugliness is a reaction to unwillingness to co-create.
Posted by Eolake Stobblehouse at Sunday, May 28, 2006 No comments: