Olympus is on a hot streak for sure. Re the new "entry-level" (hah) OM-D E-M10, DPreview writes:

The E-M10 very much feels more like a third generation OM-D model than a step-down from its two brothers. It borrows many qualities we liked from both of them and presents them in a slightly smaller, lighter package. [...] In fact, the only crucial difference between the two is the E-M10's lack of weather-proofing, and that's not likely to be a significant drawback for a lot of potential owners. It also doesn't hurt the cause that the E-M10 is cheaper at introduction than both OM-D models that came before it.
- 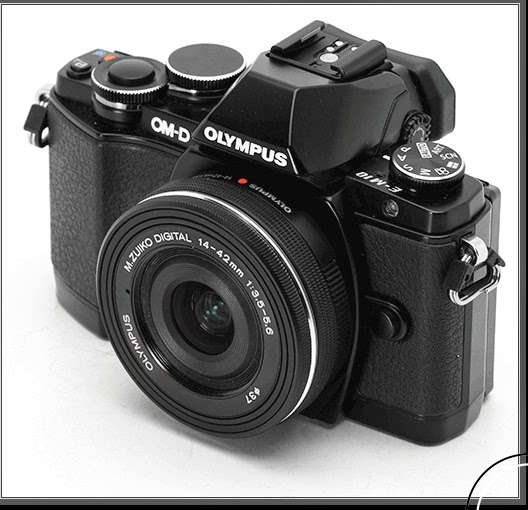 Posted by Eolake Stobblehouse at Friday, March 28, 2014 No comments:

A piece of string tried to go nightclubbing. "Sorry, no string allowed here," said the bouncer.
A bit later, a strangely thin person with a big knarly head and a wild hairdo turned up.

"Hey, I'm sure that you're that piece of string I turned away before," said the bouncer.

I am a fan of Neil Campbell Ross.

Here is some of his art which led to the wonderful CGI film Hotel Transylvania. 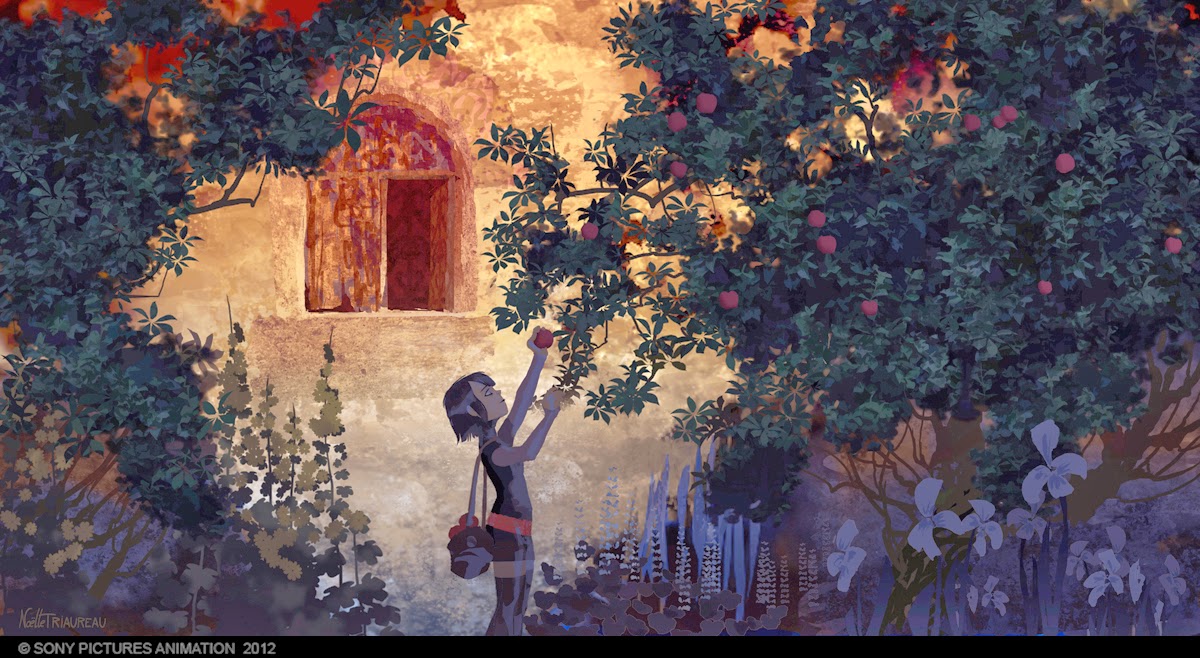 I have long had a strong affinity for art with flat fields, and Neil does it better than anybody I can immediately think of. (Bill Sienkiewicz sometimes went in that direction, but not fully.)
I wish I had these in really big size, like 3MP+. 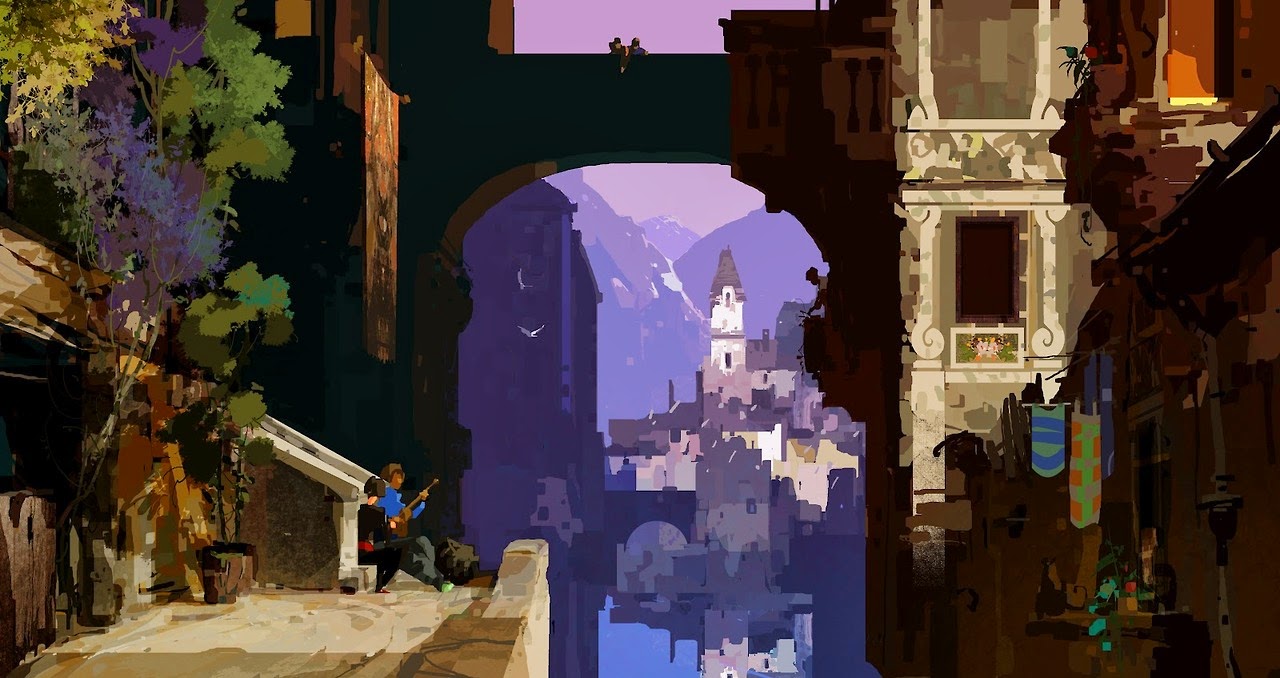 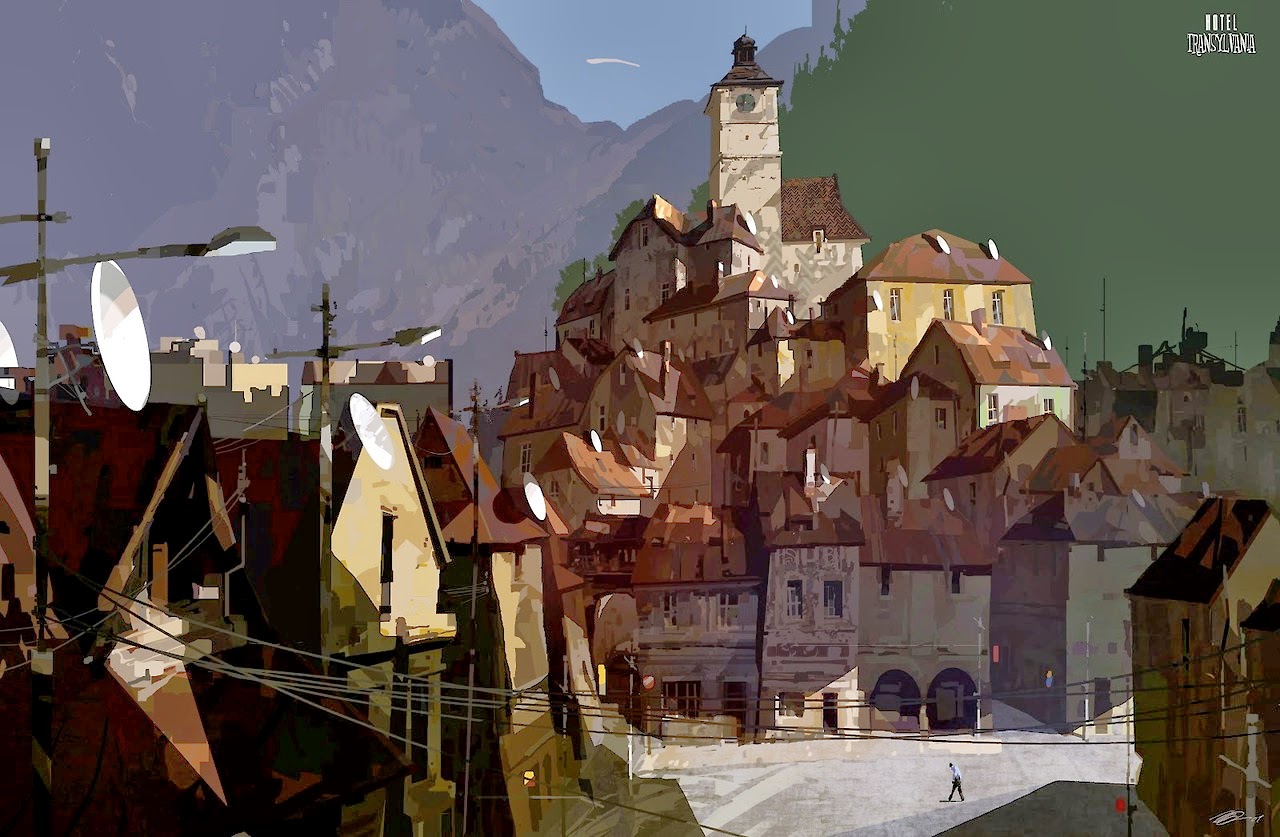 Update: I just got the first issue of Leaving Megapolis. It seems fresh and promising. Superheroes gone balls-out homicidal psychotic. I only remember Alan Moore doing something like it, in a MiracleMan story.
But warning: I've been reading comix for 45 years, and this is the most graphically violent one I've ever seen. It makes Frank Miller's Hard Boiled look like a Disney comic.

Like I guess I've said, I can't really figure out... until some years ago, I bought comix every week. Loved the stuff. So now and then, now digitally, I try again. I log in with Comixology app, I buy a couple things that seem interesting, and I read around a bit... and it just doesn't hold my interest. Odd.

It's not that I haven't given it the good ol' college try (whatever that is), I just looked at my purchased list, and I've bought 69 series just by fishing a bit like that. That's not 69 issues, that is sixty-nine series! (Often only a couple issues per series, okay.)
How things add up when you don't have a growing physical stack of unread comic books to remind you. Like I used to have on my bedstand for a long while. Then I realized I wasn't reading them, and moved them to the top drawer. Later I realized I still wasn't reading them, and moved them to the closet.
Maybe it's cause the good for-adults authors are not there anymore, like Neil Gaiman and Alan Moore? That would seem like a good bet, but I don't get very far re-reading my old favorites either. Guess I've changed.