Film review: The Goblet of Fire 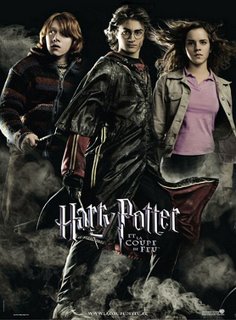 Okay, I just watched Harry Potter: The Goblet of Fire.

Like I have said about a great many films by now:
wonderful visuals, but...

I am afraid I just found it unrealistic. While I have no trouble believing in dragons and transformation spells, several things just rubbed me the wrong way. The main one is the big contest itself. Apparently we are to believe that the leaders of a great school, supposedly responsible and good people, will host a contest, a glorified sports event, where teenage students are in imminent mortal danger, and do in fact die?

Not only that, but they will kidnap innocent kids at fourteen, who have NOT signed up for it, and bind them with chains deep under a lake, only to survive if the "champions" are skillful and lucky enough? (Two of them actually only survived because Harry was willing to give his own life if needed.)

And not only that, but after a student finally dies, not one student, not one parent, stands up and says: "enough, you have maliciously or recklessly killed this boy. This is not the kind of school I signed up for, we are leaving. Expect our last cheque to bounce."

Not only that, the school board knows that Harry did not sign himself up for the contest, and yet they force him to go through with it, even though he is not ready or old enough by a long stretch, and is highly likely to die.

I say pooh. Either the filmmakers botched it up bad and left out some sorely needed explanations, or Rowling wrote a pretty bad book there.
Posted by Eolake Stobblehouse at Saturday, June 10, 2006 36 comments: 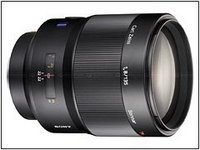 Carl Zeiss lenses have a well-deserved reputation for being some of the very, very best lenses in the world.

So when I saw that the highly interesting new digital SLR from Sony has several lenses from Zeiss, I got a bit excited. I am a sucker for quality.

Then came the disappointment: I am informed that for years, many lenses branded Zeiss are in fact not made by Zeiss. In fact they are not even designed by Zeiss. They just licenced the name.

Many people will doubtless inform me that this kind of thing goes on all the time, and has been always. And I have probably been aware that it does, in some areas I have not cared about.

But in my mind, this is simply a swindle. If Zeiss did not design the lens, did not build it, does not supervise it, how in the world can it be sold as a "Zeiss lens"? Seriously.

People see it, they think Carl Zeiss in Germany built it, this gives them confidence to buy the lens. But the Zeiss factory and engineers in Germany have never seen the lens. This is a swindle. I don't care how common it is, it is not honest.

Update:
This practice has been going on in the photo industry for decades, even with these high-end names. Do you remember the compact rangefinder put out in the late 70s by "Leica?" It was actually manufactured by Minolta. As I recall from a test report at the time, it had typical Japanese-quality workmanship for the time, using plastic parts where genuine Leicas had metal, and a black "professional" finish that easily rubbed off.

I'm reminded of an anecdote about Abrahan Lincoln who asked the question of someone, "If you call a tail a leg, how many legs does a dog have?" When given the abswer, "Five," he replied , "No, the dog still has only four legs; calling a tail a leg doesn't make it one."

Anyway, that's just a bit of fun. I believe that perfection is way overrated. What matters is the presence of qualities, not the absence of flaws.
Posted by Eolake Stobblehouse at Tuesday, June 06, 2006 4 comments: 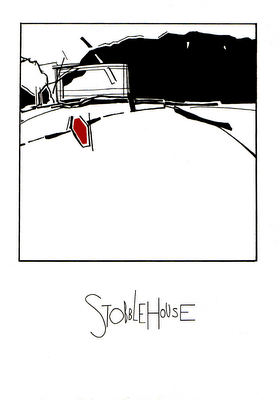 I just found a copy of the first pamphlet I made for myself as a painter, almost twenty years ago. This was the cover, which I am still very happy with.
Posted by Eolake Stobblehouse at Tuesday, June 06, 2006 3 comments:

I have long been a proponent of a laid-back attitude to copyright. I think to tight-fisted an approach to it stops the healthy flow of culture, and worse, it does not even do much for the finances of the owner.

So I am pleased to see that the excellent tech/Mac writer Adam Engst of TidBITS has written a nice article about a very interesting book on the subject: Darknet.
Posted by Eolake Stobblehouse at Tuesday, June 06, 2006 No comments: 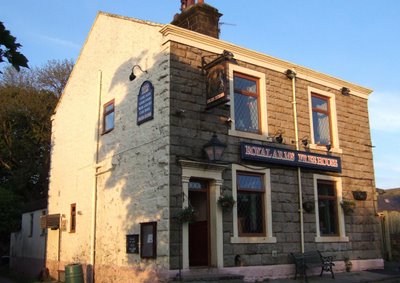 This is the pub conveniently located right at the end (both ends) of the track we walked in the woods.
Posted by Eolake Stobblehouse at Monday, June 05, 2006 No comments: 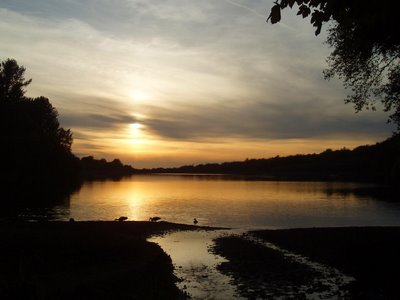 Ducks and Sunset by James Ryan. 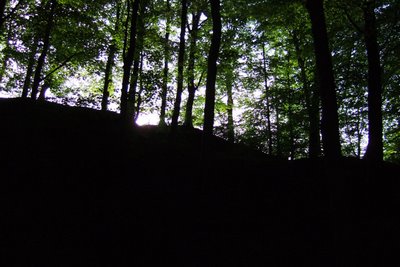 Green Silhouette by yours truly.

I am ashamed I overlooked the ducks, but on the other hand I am really pleased with the Green Silhouette picture. I like the composition.
Posted by Eolake Stobblehouse at Sunday, June 04, 2006 1 comment: