I can't believe they have suddenly solved the problems of mobile video chat. But I do believe that a woman this cute could sell me pretty much anything. It's a sad fact. 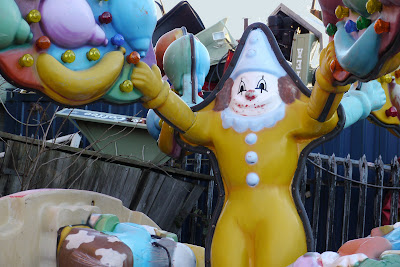 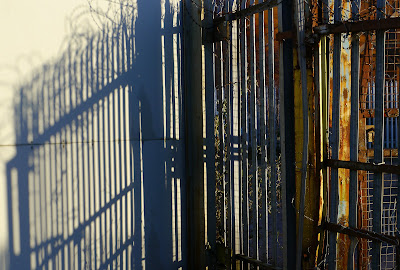 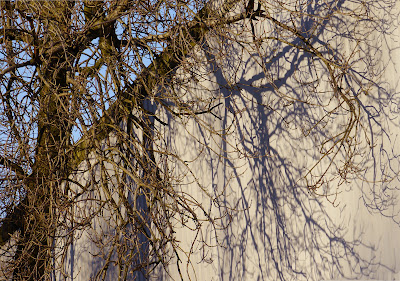 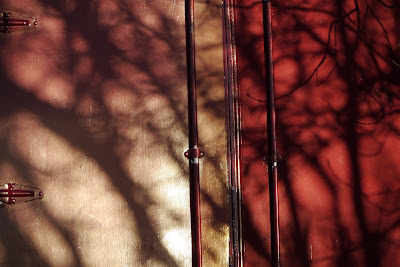 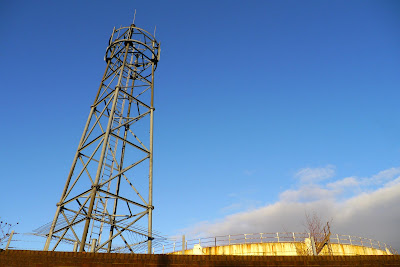 Seems Ghibli has adapted The Borrowers. I read the book last year (on audio), and I quite liked it. It's quite inventive and has a quirky, understated sense of humor.  I'm not sure I'm keen on the movie (though I'm a huge Ghibli fan), because it seems to have a much more serious and "scary" tone than the books seemed to have.

Posted by Eolake Stobblehouse at Saturday, January 08, 2011 No comments:

---
As a photographer she was clearly exceptional. Top notch street photography.
[Update: Kent found a blog about Vivian.]

As a nanny, some likened her to Mary Poppins, delightful etc.
(But... as a sidebar, to me Mary Poppins in the movie never seemed like a delightful person. She seemed cold and domineering. Is it just me?)
Posted by Eolake Stobblehouse at Saturday, January 08, 2011 12 comments:

"Bell, book, and candle" refers to a method of excommunication (ex: out) which the catholic used to do for an extraordinary sin.
Imagine how harsh this must have been! If you were a devout catholic for an, to be told with such overbearing gravity that you now are separated, thrown out, not just from your church and probably all your friends and family, but also from God's grace and redemption. Wow.

This ceremony involved a bishop, with 12 priests, reciting an oath on the altar:
We separate him, together with his accomplices and abettors, from the precious body and blood of the Lord and from the society of all Christians; we exclude him from our Holy Mother, the Church in Heaven, and on earth; we declare him excommunicate and anathema; we judge him damned, with the Devil and his angels and all the reprobate, to eternal fire until he shall recover himself from the toils of the devil and return to amendment and to penitence.
After reciting this the priests would respond "So be it!" The bishop would ring a bell to evoke a death toll, close a holy book to symbolize the excommunicant's separation from the church, and snuff out a candle or candles, knocking them to the floor to represent the target's soul being extinguished and removed from the light of God.


It does allow for a way back in, but I'll bet anything that this was not an easy thing to do.
Posted by Eolake Stobblehouse at Saturday, January 08, 2011 3 comments: I am re-watching Monsters Vs Aliens. Blu-ray of course. These CG movies have much more clarity than any live action film I've seen, and the detail is astounding.

I like the story a lot, it's really funny, and once again like I've said, I'm taken aback by the amount of talent, computing, and sheer man-hours which go into making these CG movies*.
Just the SF bridge sequence alone is impressive. The detail and reality of this huge bridge collapsing amongst various "monsters" and a huge alien robot is striking.

It must be stressful to put so much heart, work, and money into a film four years in the making, having no clue if anybody will watch it when it's done.

Success is unpredictable at least. Oprah was in that film "Beloved". Many authors have had hit books come from being mentioned on the Oprah show, so you'd think it was a sure thing. But Beloved was not, it was a flop. And of course heartbreaking to Oprah, it was such an important story to her.

I'm beginning to suspect that in any business you can do everything right, and still have a flop, or most things wrong, and still get a hit. Maybe there's a "Big Mind" which controls these things for whatever good reasons.

I'm reminded of punk rock magazines in the late seventies. Some of those guys became millionaires even though they had no experience and no clue about publishing. It was just timed extraordinarily right. And they couldn't follow it up with any success in any other area, wich puzzled them greatly for of course they must have believed they were god-given geniuses.

---
*One of the ones I liked best visually was Over the Hedge. I can't believe it's not on Blu-ray yet.
Posted by Eolake Stobblehouse at Friday, January 07, 2011 1 comment:

Very often it seems that transatlantic mail is weeks on end about arriving, either way. It is silly, when UPs can do it in one day.

Twenty years ago I wrote a letter to the Danish postmaster general. He agreed that transatlantic mail takes way too long, and said they are trying to work with the US postal service to improve it. Apparently it's a long project, or maybe they have only improved it with Denmark, not here in the UK.       :-)

We need anything politically important rationed out like Pez: small, sweet, and coming out of a funny, plastic head.
-- Dennis Miller

Anger is the feeling that makes your mouth work faster than your mind.
-- Evan Esar


The first one reminded me of Reagan and the Doonesbury caricature of him, Ron Headroom, who was only on a TV screen like a character I never saw called Max Headroom.
Posted by Eolake Stobblehouse at Thursday, January 06, 2011 2 comments:

Aren't these Inka sculptures depicted in this painting? Indian? Anyway I think it's a purty kewl painting. 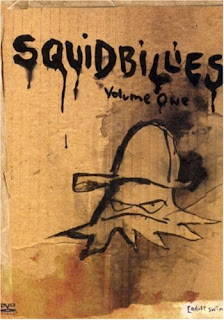 It's very funny, but it may be the most bizarre show I have seen. I'm just sitting there and I can't believe what I'm watching.

It's also one of those shows which has a strange mix of very broad humor mixed with very subtle humor.

It's also true of the art. It really is exceedingly crude, but then there will be subtleties, for example a character takes off his shirt, and you can subtly see that he has tan-lines.

What’s the Problem with Nudity?

[Thanks to Anthony]
What’s the Problem with Nudity?, interesting hour-long BBC documentary.
(If there are problems with the video, try it on YouTube.)
Posted by Eolake Stobblehouse at Wednesday, January 05, 2011 3 comments:

Recently I've gotten auto-emails of comments to the blog, but then they never appear on the blog itself. And other people have told me that comments they write are disappearing.

This is inconvenient and odd. Any other bloggers with Blogger who have noticed this in the past couple of weeks?
Posted by Eolake Stobblehouse at Wednesday, January 05, 2011 6 comments:

You may remember the founder of Ganesha Games who has commented on this blog some times. He runs a business making role playing games and such. And he just released an iPhone app with all the rule books and more. It's free. [Update: it's an iPad app and not all the books are free. Sorry for my imprecision.]

Update: Ganesha Games informs:
It's actually an iPad only app, not iphone. It won't work on iphones (well technically the app could work but the screen is too small to read)
You can use the app as a free pdf reader even if not interested in my rulebooks - you can import the PDFs from iTunes.
As a further clarification: the ebooks are NOT free, of course (well, some are, and there is a free preview of each book). If you know someone who has an iPad and plays tabletop wargames (battles with toy soldiers, fantasy or historicals) please recommend this app, they'll like it. Thanks!


Dave commented:
That makes more sense. The way Eolake put it, I wondered what kind of way that was to run a business.

That's an interesting point. Yet, most of Google's services are free, and still  it's one of the most successful companies on Earth. They sell ads of course, once they have the traffic. But you could sell other stuff too when you have the traffic.
Somebody said to me once: "you don't give away what you are trying to sell." But I have heard that some of the most successful authors of ebooks are giving away the first book for free, and earning lots of sales of their other books. (I'm sure it works best if it's a series.)

One of the earliest huge success stories of software, I think it was McAfee actually: they gave away the first version totally free, and only charged for further updates. This was astoundingly successful and paved the way for the Shareware concept.

People need a reason to come visiting, after all it is using their time. And people will not often talk about you and link to your site "just because you rock", but if you have some freebies they will, much more often.

Now, obviously if you give away everything for free, you won't make a dime. But if people have never tried a sample of your wares or don't have much of an idea of what you're selling, then you won't sell it either. I think the trick is finding the balance of what you give for free and what you charge for.
Posted by Eolake Stobblehouse at Tuesday, January 04, 2011 5 comments:

Tap to focus and shoot (updated 2)

The new Panasonic GF2 has a feature which on reflection I think is probably real dang useful and which I hope gets picked up by makers of other cameras with touch-screens:
You can set the camera to, when you tap the screen, not only focus on what you tap on, but also shoot at the same time, so you don't have to move your hands around to shoot after focusing.

Of course one must be careful about jagging the camera too much, but I think that's possible. Perhaps it helps if it has the feature the iPhone has: you hold on the subject, and the camera only fires when you lift you finger.

But I'm realising that normally it really takes some time to find the point you want to focus on, then move the focus point to it, then re-compose the camera, and then shoot. I haven't used the GF1 yet, but it seems to me this new way could be quite fast and simple. (Also the camera is rumored to be quite fast.)

Update: I have now had my hands on the GH2 which has the same function, and while you can't do the lift-finger thing, what you can do it just touch the screen and not let go and it will fire. I think this makes it easier to not jag the camera.
At the very least, I think this is a very new way of photographing, and quite interesting. Like having the web on an iPad in your hands, perhaps it puts you more in touch with the subject or summin'.

And by the way, the earlier Panasonic cameras of this type were already at the very top regarding focusing speed. The new generation is even quicker. In fact, for contrast-detection autofocus, the speed is simply startling. Until now, only DSLRs (which use another kind of focusing) could focus in about 1/10th second as these do. No other camera with contrast-AF comes close to this, I believe. And I even tested it in indoor light and with a long telezoom, both of which are challenges to autofocus, but it's still virtually instant. Well done Panasonic.

By the way, as seen here, the camera can use a 3D lens. I wonder how the heck that works and how it's recorded. (Also the parallax is very small.)
Posted by Eolake Stobblehouse at Tuesday, January 04, 2011 5 comments:

"The world today has gone crazy! ... No wait, this is yesterday's paper." - Stan Smith (American Dad)
Posted by Eolake Stobblehouse at Monday, January 03, 2011 No comments:

[Thanks to Ihnatko]
Linus was always one of my favorite Peanuts characters.

[Thanks to Tommy]
I wouldn't have thought it possible.