Have you heard the rumor that Stieg Larsson's estate has allowed a third-party writer to write a sequel to 'The Girl Who Played with Fire' and 'The Girl Who Kicked the Hornets' Nest'?
The working title is 'The Girl Who Messed With Something Dangerous Again'.

====
Talking about hornets' nests, I would say one would have to be quite desperate to have sex with one. But he probably didn't predict that the act was actually suicidal! (Durn, it's even a Swedish man, one more brick in the seque.
... If you're like me and skip the links to other stories while reading one, it takes a while to discover that this story was actually a hoax. Dishonest journalism, I'd call that. Totally different from what I'm doing, for I actually didn't know it while writing the post.     :-)
Well, good to know nobody has yet been that stupid.
Posted by Eolake Stobblehouse at Friday, May 17, 2013 8 comments:

Amanda Palmer: The art of asking

I've been from the minority saying just this, since the nineties. But seldom has it been said so convincingly.


One should as a rule respect public opinion in so far as is necessary to avoid starvation and to keep out of prison, but anything that goes beyond this is voluntary submission to an unnecessary tyranny, and is likely to interfere with happiness in all kinds of ways.
-- Bertrand Russell
Posted by Eolake Stobblehouse at Wednesday, May 15, 2013 1 comment:

Congratulations to TCGirl for getting the Sony RX100!
This tiny camera continues to be one of my favorites. It's a real pocketcamera, breast-pocket-sized, but the speed and the quality, and the low-light results do not look like it. It's a dang good camera, not just a dang good compact-camera.
This is an indoor hand-held shot from it. What amazing quality.
If it would have been me, I'd have used auto-ISO or maybe ISO 800, but despite the low setting which gave a 1/10th second shutter speed, the anti-shake of the camera coped with it perfectly.
(Here's a full-sized file, direct from camera.) 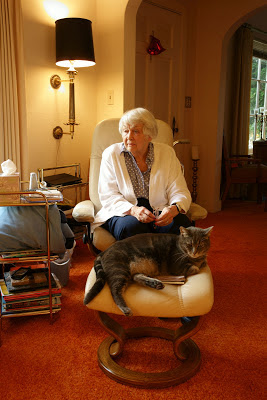 The camera is priced according to the quality, about $650... you can get a very good compact for half that. But I consider it worth it.
Two of the "secrets" to its performance are the fast lens, and the large sensor, the largest in a camera of that size. It's even larger than the sensor in the Fuji X10, which has a considerably larger body.

I live near a town named Ramsbottom. [Thanks to Aniko]
So many people have promised us Happiness, that one starts to ignore it, like promises of more hair or longer dicks. But this lecture has some very interesting points. Not the least the chart at the end.

Posted by Eolake Stobblehouse at Wednesday, May 15, 2013 2 comments:

Talking about the space station, here's a sunrise as seen from there. You don't often see the air space like that!
Full image.

Posted by Eolake Stobblehouse at Tuesday, May 14, 2013 No comments:

Cameron Russell: Looks aren't everything. Believe me, I'm a model


"Image is powerful. But image is superficial." — Cameron Russell

"Models have the thinnest thighs and the shiniest hair, and they are probably the most physically insecure people on the planet." — Cameron Russell, supermodel
Posted by Eolake Stobblehouse at Monday, May 13, 2013 5 comments:

I guess no comments needed.

Chris Hadfield, the Canadian who has been commander of the International Space Station for the past several month passed command to a Russian astronaut yesterday in preparation for his return to Earth today, after 146 days in space.

Aside from all the usual "astronauty" biz, he has undoubtedly been the best communicator ever in the space circle. By the way, he's that guy who was wringing a wet towel in the video I sent you earlier. 750 000 Twitter followers got some 4900 messages relating his odyssey. Maintained an equally popular mission blog, and built an audience of 236 000 Facebook admirers. Plus many videos of quirky experiments requested by his fans!

But this last bit takes the cake, you have got to watch this! As a final farewell message, he managed to record a cover of Bowie's Space Oddity, in the most appropriate environment possible for that music clip, nothing less than the ISS! And it's really not that bad.


Funny, for me the song is centrally about the oddity of the tasteless commodification of a great singer (guess who). Posters of black velvet! But the great melody and her delivery makes it very different indeed!

===
I'm just finishing up re-reading one of Terry Pratchett's best books, Soul Music, which is funny and inventive, and is about the terrible, amazing, seductive power of rock music, or "music with rocks in" as it's called in the book, because the drummer is a troll banging on rocks... And I can well understand why people get addicted to that fantastic connection with a crowd that a good concert can create.

If it were me, I'd have called the book Music With Rocks In, it's so funny. And the book is not about soul music. But I guess it's called that for a sort-of pun, based on the fact that Death plays a large part in it. (As does Susan, Death's grand-daughter, a great character.) 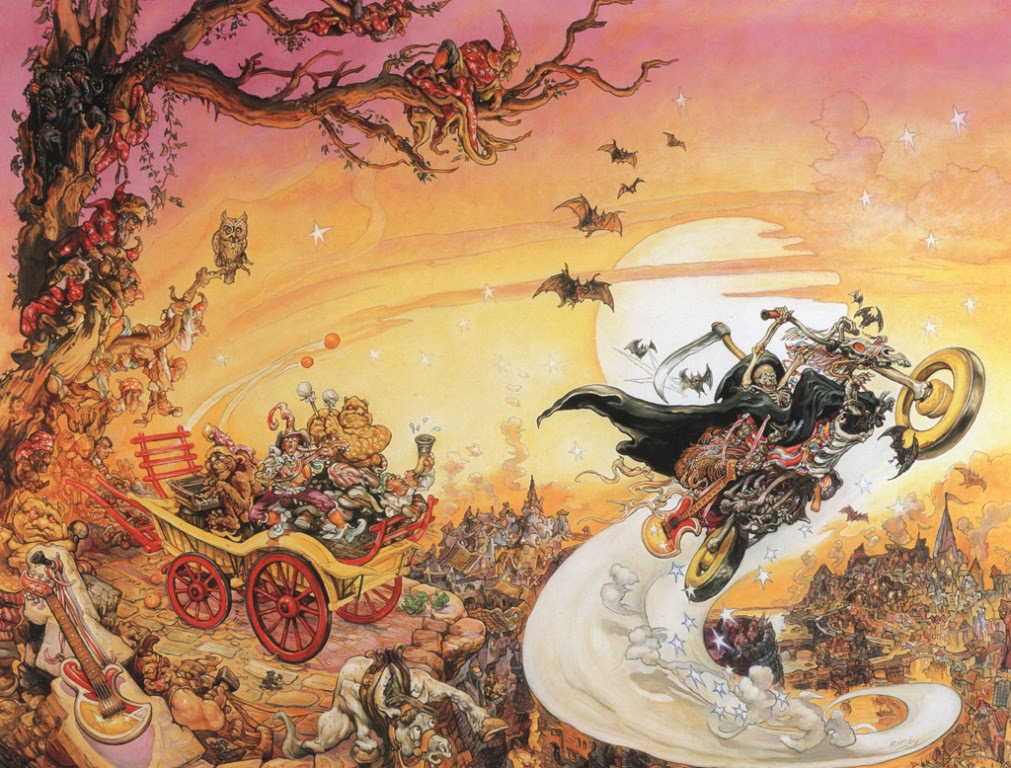 Posted by Eolake Stobblehouse at Monday, May 13, 2013 No comments: