Naked story-telling evenings prove a hit in the UK - that's one way to spice up Book Club!, article.

Except their ban on ereader devices. What difference would it make to the story whether it's read from paper or a Kindle? Hmm, maybe they need an open book to hide their boobs; I hope not.     :-) I just heard this statement in a video about Chinese web addicts:

"Our studies show that people who spend more than six hours a day, outside of work or study, on the web have bigger risk of becoming addicts."

Ya think?! That's like saying that people who regularly play ball on the highway have a bigger risk of being hit by a car, or that people who smoke more than two joints daily have a higher risk of becoming addicts.
Just for one thing, why would you spend six hours of your personal time on anything if it did not give you some emotional balm, the first thing needed for something to become an addiction.
Posted by Eolake Stobblehouse at Friday, January 24, 2014 2 comments:

Yes Sir, I can boogie

I find this ad wonderfully funny. And in such an understated way. There's nothing overtly wild or funny about either the actions or the actor, yet in a certain quiet way it's just dang funny.
Oh: just his seventies-beard. And the very slight smile and his eyes hint of great amusement. Big without being noisy, my favorite style.

(Ach, I hope this is not one of those that are limited to certain countries.)
Posted by Eolake Stobblehouse at Thursday, January 23, 2014 1 comment:

We ascribe beauty to that which is simple; which has no superfluous parts; which exactly answers its end; which stands related to all things; which is the mean of many extremes.

If you foolishly ignore beauty, you'll soon find ourself without it. Your life will be impoverished. But if you wisely invest in beauty, it will remain with you all the days of your life.

I find these great. Especially the last half of the Emerson one, I think those are about as profound as any human has uttered.
Posted by Eolake Stobblehouse at Thursday, January 23, 2014 2 comments:

From TidBITS's comments:
An Ohio network engineer wore his Google Glass (turned off) in a movie because he has prescription lenses in them. An hour into the movie, he was pulled from his seat by the FBI at the behest of the “Movie Association” (the MPAA, in all likelihood) and questioned for over three hours. Once the agents downloaded and viewed the contents of the Glass (as he had been asking them to do), they agreed he had done nothing wrong, after which the MPAA guy gave him a pat on the head and four free movie passes.
-
From the article (which is has the server buckling under the traffic):
What followed was over an hour of the “feds” telling me I am not under arrest, and that this is a “voluntary interview”, but if I choose not to cooperate bad things may happen to me (is it legal for authorities to threaten people like that?). I kept telling them that Glass has a USB port and not only did I allow them, I actually insist they connect to it and see that there was nothing but personal photos with my wife and my dog on it. I also insisted they look at my phone too and clear things out, but they wanted to talk first. They wanted to know who I am, where I live, where I work, how much I’m making, how many computers I have at home, why am I recording the movie, who am I going to give the recording to, why don’t I just give up the guy up the chain, ’cause they are not interested in me. Over and over and over again.
-
Posted by Eolake Stobblehouse at Tuesday, January 21, 2014 6 comments:

Here is a video with classical paintings, subtly animated. Note, though it is "only" paintings, there is quite liberal amounts of violence and especially nudity. You have been warned.
(This by the way, if anybody should still believe otherwise, proves that nudity and violence was not invented by television! Humans have always enjoyed a good spoonful of both in their cultural diet.) 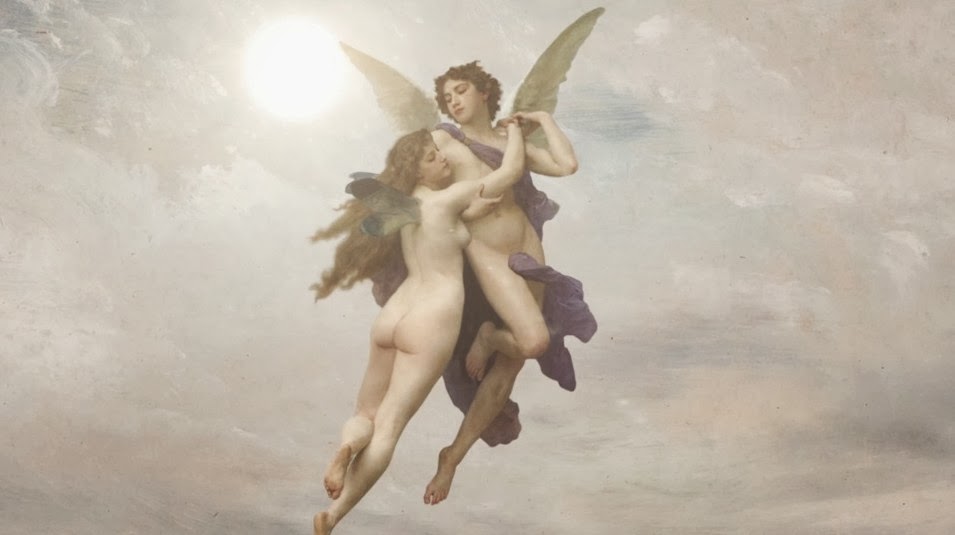