Does anybody know how to create a YouTube account without also signing in with a Google account? It just seems impossible.
Posted by Eolake Stobblehouse at Saturday, December 04, 2010 10 comments:

I've been asking for years why I can't have animated desktops for my Mac. Like slow-running videos going over a nice land- or city-scape, or whatever. It doesn't seem like it should be a tough problem.

And now I can, but typically it comes first to the dumb Android platform!
On my Samsung Galaxy Tab I have a s computer-animated snow background which is lovely, and where I can change a multitude of aspects of it, colors etc. It will even follow night and day!

That's what ah'm tahlkin' about. Sure, the Mac screen are much larger, but then the machines have like eight super-processor cores sitting about, most of them doing nothing most of the time.
Posted by Eolake Stobblehouse at Saturday, December 04, 2010 8 comments:

With the capabilities of the new wonder-cameras, one might forget the old remedies, like the humble tripod.
By funny coincidence, Ray has been testing this for his super-zoom camera at the same time as I did (and we both used Manfrotto tripods).
Conclusion: with a long zoom or telephoto, the average sharpness of your photos will really improve markedly. 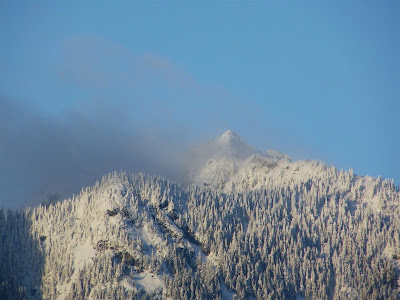 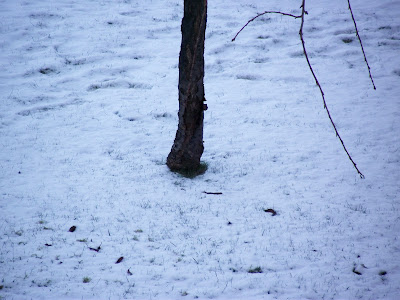 When I tested the remarkably economical 18x super-zoom camera Fujifilm S1800, I concluded that it's a fantastic camera for the price, only downside being that most pictures at longest zoom (like 500mm-e, traditionally considered un-hand-holdable) were not sharp, even with modern shake-reduction. I wondered also if it had focus issues.
But now I have tested it with a tripod, and suddenly all the image were sharp. No focus issues. So people getting a super-zoom camera should be given the caveat: don't use the longest zoom, or use a tripod.
Posted by Eolake Stobblehouse at Saturday, December 04, 2010 29 comments:

I would be very interested in hearing experiences from people who have replaced their laptop with a tablet. (iPad or Galaxy Tab or whatever, with external keyboard or not.) I think it can be done if one is keenly aware of the precise limitations one will encounter.
Posted by Eolake Stobblehouse at Thursday, December 02, 2010 1 comment:


(Get article and bigger videos here.)

Lee Morris just wanted to prove again (I myself need a lot of reminding of this) that it's not the camera which does it.
But he got lots of back-flash from it. I think he shot himself in the foot by using professional lights and retoucher. If he'd shot it in daylight and photoshopped it himself (like he always does), people would run out of excuses like "Oh, the pics are only good because of the expensive [...] he uses".

Notice by the way, that it was not even the iPhone 4 with its excellent 5-megapixel camera he used, it was only an iPhone 3Gs with its 3MP camera. And some of his fellow pros told him it was "his best pictures ever", before they heard how they had been made.

He even got flack for the Olympus thing, which clearly was a joke. (He got a letter from an Olympus representative too!)

Here is a good fun audio interview with him.
(And a later article responding to critics.)
Posted by Eolake Stobblehouse at Thursday, December 02, 2010 7 comments:

7 Towns Where Land is Free, article.
Posted by Eolake Stobblehouse at Thursday, December 02, 2010 No comments:

Ordinary candy is enhanced, apparently surprisingly variably, with vibrations. Imagine where this technology could go. As it were. 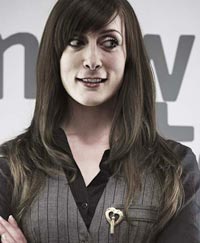 The britcom Phoneshop has been uneven, or perhaps just so off-beat that it's an acquired taste. But episode six is brilliant. I particularly loved Janine (Emma Fryer)'s dance at the start. I think it's the best word-less solo comedy I've seen since Niles' ironing scene in Frasier. (Janine has been made manager for a day, a position she clearly relishes.)

Amazingly, you can apparently watch the entire episode free. (Update: there are region restrictions, durn it. Anybody know a quick and simple workaround?)

Update:
Alex said:
So, how does this rate against imported britcoms like say Vicar of Dibley, Hyperdrive, Hamish Macbeth, or cult classics like "The Came Frome Somewhere Else", "Nightingales", "Comic Strip Presents".
Heck, I don't even know what a Chav is, so would I understand half the dialogue?

Heck if you, a native, is having issues with the dialogue, no wonder I am! I think the trick is to sort of "skate over it". And I think a lot of it is made up.

Compared to stuff like Vicar of Dibley (which I like a lot), this is much more edgy. Both in format and in content. It's not for kiddies for sure.
Posted by Eolake Stobblehouse at Wednesday, December 01, 2010 8 comments:

It's the Paris Hilton of phone cases.


"CAZE makes use of Swarovski crystals to enhance the beauty of a case by handcrafting each case with more than 500 genuine crystals; making each case truly a work of art."
Finally, a recipe for art: cover everything in crystals. That was easier than I thought.
Posted by Eolake Stobblehouse at Wednesday, December 01, 2010 2 comments:

From Smack the Pony.

[Thanks to Maurice]
PETA proposes that Ben & Jerry's use breast milk in its ice cream, article.
People for the Ethical Treatment of Animals is asking the ice cream maker to begin using breast milk in its products instead of cow's milk, saying it would reduce the suffering of cows and calves and give ice cream lovers a healthier product.

And it's not even April first.
Posted by Eolake Stobblehouse at Tuesday, November 30, 2010 2 comments:

I grabbed hold of you,

carried you away to

our bedroom, and zoom,

you made my heart quiver

when you undid your buttons,

kicked off your slippers,

and pulled down your zipper.

Then my clothes also went

flying in a flitter.
Posted by Eolake Stobblehouse at Tuesday, November 30, 2010 2 comments:

[Thanks to Steve W]
Linde Waidhofer now runs with the interesting approach of "tip jar": giving her photo ebooks away for free, and let anybody pay what they think they were worth. I hope it's successful. I very much liked her Mexico book (pdf link) and I paid a tenner. (I seem to be a little tired of landscapes now. I think it's very hard to put your personal touch on landscape photos.) 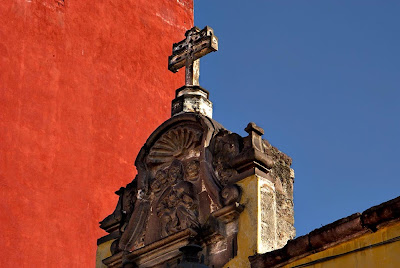 I wonder if a tip jar can work well? Certainly photo books are not known traditionally for being gold mines, so it might be possible to beat that record, not the least for the lack of print costs.
Posted by Eolake Stobblehouse at Tuesday, November 30, 2010 2 comments:

Eight bucks? One movie? Or all you can watch for a month?

"... we are now offering a new $7.99 a month plan which lets you instantly watch unlimited TV episodes and movies streamed to your computer or TV. This plan does not include any DVDs."
Eight dollars, that is what I paid two days ago here in UK to rent one single movie, Ironman 2 in HD online for 48 hours. What is wrong with this picture? How can things be that much askew?
I realize that Netflix' service here probably does not include HD and this years' hit movies, but still and all...
Posted by Eolake Stobblehouse at Tuesday, November 30, 2010 5 comments:

[Thanks to Grant]
Posted by Eolake Stobblehouse at Monday, November 29, 2010 5 comments:

OK, here is just one of these small rants I have to make occasionally about the universe in general, so I won't boil ever:

13,975 times in the time I've been using Mac now, I have intended to put a file in a folder and failed. You can drag it to the folder icon and you succeed, or you can drag it to the folder name and you succeed. But if you happen to drag it in the two-millimeter space between the two, the file just sort of ending up sort of sitting in the same space as the folder, and you have to separate them to try again.

Why the hell haven't they closed up this stupid little gap? What use is the gap? How many times have somebody somebody thought: I want this file to sit exactly between this other folder and that folders name, and nowhere else...
Come on, Apple. This is like the big-vertical images for wallpaper issue which it took you eight years to finally fix.
Posted by Eolake Stobblehouse at Sunday, November 28, 2010 4 comments:

I'm finally watching Iron Man 2. Via Apple TV rental. (I don't have the new box yet, but it's not very clear what, if anything, the new one can do that the old one couldnt.)
It's not so bad, so far.
I wonder, though, who decided that Scarlet Johansen is such a hot dish? To me she looks sort a neighbor's-wife-pretty, but not super-starlet pretty.

Oddly, first time I rented an HD movie over Apple TV, I could watch it in real time. This time it took five hours of download before I could watch it. Have they removed the capability of watching while it's still downloading? Or is it just that it was Saturday night and downloads were slow?

BTW, now I can play music and movies over my wireless network with no setup. Well, I made part of it work, maybe the rest of it depends on me getting the new box, which I'll get soon. But it's quite cool. Unfortunately it depends on the file being imported into iTunes and being a compatible format, which is muddy.
Posted by Eolake Stobblehouse at Sunday, November 28, 2010 2 comments: