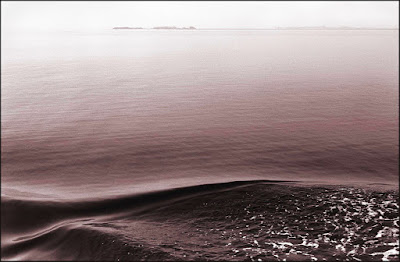 Quality and the Art of Purpose Maintenance
By Eolake Stobblehouse

In the book Zen and the Art of Motorcycle Maintenance, Robert Pirsig wrote a bestselling philosophical volume concerned in its basics with the nature of "what is quality?"

The book is very good, and has been very influential. However one thing bugged me about it: after following the author the whole way through his metaphorical trek to clear up this issue, what he finally concludes is that he can't define quality, except that he knows it when he sees it. Pretty weak ending to a strong book.

It is easier to criticize than to do though, so I attempted to define quality to my own satisfaction. What I came up with after working it over was:

Quality: how well something works according to its intended purpose.

This is remarkably simple, but I do think it is very workable. There are two tripping stones though:
1) Evaluating quality depends on perception of the purpose of the object.
2) Often, but not always, aesthetics and longevity enter the picture.

Taking the second one first, because it is the simplest: Many things are not meant to endure, like card tricks, birthday cakes, kisses, and so on. But many things are. If you buy a chair, no matter how well it works, if it breaks down after a week, you will probably not consider it good quality.

And regarding the first point: defining quality is tricky mainly because it depends, according to my definition, on the purpose of the object. You can't judge the quality of carrot cake by the standards you'd judge a protein drink, even though they are both food stuffs. And trying to judge carrot cake by the standards you'd use to judge a camera or a car or a song performance is clearly silly. There is just no relation. So quality can only be considered after you have defined the purpose of a thing.

Further complicating the matter is that different people may assign different purposes to the same object. For an elderly man, a pair of eye glasses are judged on how well they help him see. It does not matter if the glasses are big and ugly. But for some young women, they might wear a pair of glasses as a fashion accessory even though their eyesight is fine. In that case, aesthetics is the yard stick. This is a minor point though, since most things have well defined purposes.

So I think that once you have considered what is the purpose of a thing for you, then determining what makes it "quality" or not is not so hard. In the Zen book, Robert Pirsig is looking at some windows that a man has made, and thinking they were quality, but not knowing why. Well, I think that quality windows are some that keep out the wind and rain in a satisfactory manner. Further, that they will last long. And finally, that the fit and finish is aesthetically pleasing. The last point of course can get into personal taste, colors and so on. But generally people find that something produced with much attention to precision and detail is more pleasing than something sloppily produced.

The really difficult area is of course the Arts. And that is part of Pirsig's problem, because that is where he starts out, in the area of creative writing. In this area "purpose" is so flexible and so hard to nail down that defining quality is very tough. The purpose of a piece of writing can be to entertain. Or to educate. Or to philosophize. Or to make people laugh. Or, or, or.

Some educated people consider that pop music and pop TV shows are Bad Quality, just in one sweeping generality. Because those things don't make you think. But they forget two things: 1) Not everybody wants to be made to Think, all the time at least. 2) Different things make different people think. Somebody watching a soap opera may have a sudden realization that maybe it is not such a great idea to cheat on her husband all the time, for she might get caught. For somebody else, that might be an obvious conclusion, she might prefer to think about how to square the circle or other high philosophical or cerebral ideas.

In other words, not only does quality depend upon purpose, that purpose can also change from object to object and from person to person.

Still if we know these things, I don't think it is all that hard to determine. Which is why we "know it when we see it" after all. We know what we want, and with a bit of perception and enough data we also know how well a thing fulfills that want.

I think another part of Pirsig's problem was that he was really reaching not so much for quality itself, but its metaphysical or spiritual background or source, or its ultimate identity. I don't think the definition can be divorced from purpose and still hold much meaning. But here are my closest attempts:

Quality: a manifestation of the awareness level from which something was created.

Quality: a measure of the care and skill invested in something.

Quality: a measure of purity.

I’ve realised what people mean when they say stuff like “it’s all politics”. And what politics are about.
Politics are the attempt at managing conflicts between groups. If it’s just one man against a group, then it’s “justice”, and he is crushed. If a group is large enough that another group can’t handle them easily no matter how crazy they think the other group’s views are, then the dynamics are “politics”.
If one man goes around killing jews, he is a murderer and goes to prison. If a small group does it, they are terrorists and are hunted down. If a significant portion of a country does it, then it is “politics”. And of course, if the conflict heats up, it becomes war or civil war.
Politics are just group conflicts. It is not “the art of managing a country”, it is simply various groups fighting for their own interests.
That’s why politics are so interesting on a superficial level, and so enervating on deeper levels. Conflict is bread and butter to the ego, but utterly trivial to the spirit.

I think it’s a pity that there are almost no characters in literature or movies who are higher than humans. (Gods, angels, aliens, AIs...) As in way higher power, way higher awareness, way higher wisdom, way less ego... Instead they all act human. Jealous, petty, selfish, competitive... To me that’s just very limited imagination.

William Gibson and Iain M Banks have some of the rare exceptions, in both cases they are super-human AIs. (In Banks’ case, extremely super-human, more like gods. But benevolent.)
Posted by Eolake Stobblehouse at Friday, January 04, 2019 77 comments:

Good art is a balance between the familiar and the new.
The all-familiar is not interesting. The all-new is not attractive.
Posted by Eolake Stobblehouse at Friday, January 04, 2019 No comments: