I don't do this often, but some are too good.


Posted by Eolake Stobblehouse at Friday, May 13, 2016 No comments:

Magnets and Marbles in Motion

MacObserver.com shared this great and funny video of a kind of Rube Goldberg machine.

A Rube Goldberg machine is a long mechanical process with no great purpose except fun. In Danish this is called a "Storm P. Maskine", after the comic Storm P. who did the same thing in Denmark. The two men were actually born almost at the same time, 1882/1883, so I'm not sure who invented it.

Posted by Eolake Stobblehouse at Thursday, May 12, 2016 4 comments:

Not just a Bowie song from an underrated album, but I also now noticed that it is really is a strange combination of a grim title and dark lyrics with a very melodious song.  (Well, "melodious" for certain values of that word...)

This came out before Amazon took over my life, and I remember buying the CD ("Earthling") in a booth in the mall, and the sales girl said: "They said that this is Bowie back for real". I answered: "Heh, somebody says that for every album he comes out with."

I thought his previous album Outside also had some great stuff on it and was also underrated. Although pretty durn experimental, noisy and dark.

Posted by Eolake Stobblehouse at Thursday, May 12, 2016 No comments:

w0lws in the m0ss. Certainly an unusual video.
Though I guess my favorite Ugress song is still Decepticons -->


"Do not grieve. Soon I shall be one with the Matrix." - Optimus Prime
That is used to great effect in the song. Actually it is from the 1986 animated Transformers movie, which was just a kids movie I thought but had voices by such names as Orson Welles, Leonard Nimoy, and Eric Idle.
Posted by Eolake Stobblehouse at Wednesday, May 11, 2016 No comments:

Have you experienced anything weird or 'supernatural'?

Back when Edward Scissorhands came out, a friend told me that when he first saw the poster, he thought "Eolake is going to like that". And he was right, I'm attracted to weird in stories. It's refreshing.

But in life, I don't get it much, perhaps a good thing. Well, a small thing comes to mind: long ago I had sessions with a spiritual councellor, and the door in the room had a spring to close it but it tended to stick on the frame and not close. So one time I was through the door last and she said to me: "please push the door closed". I didn't think it necessary, so I just stared at the door, expecting it to close, and it did.

She said: "You did that, you know." I said: "I don't think so." So she said: "Try doing it while expecting it not to close." So I did that, and it didn't close.
Then she said: "now try to expect it to close again". So I opened it, and because the spring was kind of slow, I went and sat down, and as we looked at the door, it closed.

A friend of mine has a friend who more than once have demonstrated clear powers of telepathy and extra-sensory perception. 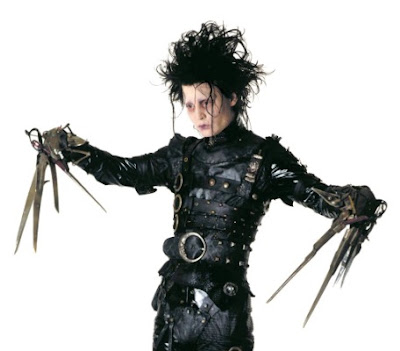 TV show shuffling in the UK

Apropos TV, I have this mystery that's driving me crazy. Here in the UK, whenever any channel is running an old comedy show like the Simpsons or Friends, they NEVER run them in sequence, it's shuffled to complete randomness. Heck, even new shows they show a lot, like Disney comedy Liv And Maddie, are also shuffled.
(I'm a comedy fan myself, I wouldn't know Downton Abbey from Uptown Girl.)

I would have thought that the simpler thing would to play them in sequence, and for a continued-story show like Friends, it's just... illogical and disrespectful to the show and the fans. So, does anybody know why it is like this?


Ah, it seems the Downton Abbey makers are not adverse to a solid dose of comedy for a good cause, respect for that.

Chris Pine, below, is to have a part in next year's Wonder Woman movie. When I saw this picture, it struck me how rare it is to see a bearded man in the movies, unless he's a villain or a comic foil.

I guess it really is true that the broad public (in many countries) on some level distrusts bearded men. This makes as little sense to me as the antagonism some people have towards redheads, meaning none at all, I love redheads and I look better with a beard. But it must have some truth to it, because I believe that our movies (in whatever country) reflect our broadest feelings, beliefs, desires. 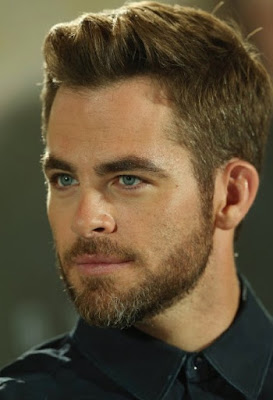