Ad:
You could also be happy making dough on the Internet without work!

I make $23.50 per week, spreading ads for useless or non-existent products. I only get blocked for spamming an average of 1.5 times per day, due to the extensive training Dough-Seminars gave me for only $19,995.

Leave the drudgery of honest work behind you. Who's to say what's a "real" product after all? The only thing that matters is the bottom line, and my 36 cents after taxes and expenses (most of them) tells the tale loud and clear.

Don't hesitate: give your money now to "I-make-money-for-Dough-Seminars-Inc".

All connections to any former posts are vigorously denied!

[Thanks to Martellaro]
F.lux changes your monitor according to whether it's in day or night light.
Posted by Eolake Stobblehouse at Saturday, June 18, 2011 4 comments:

Why you need math even if you "never need it"

An interesting and fun little interview (needs Flash) (or QuickTime for audio version) about why math and such is important for a nation and even an individual.

---
Man, many web sites are getting code-heavy. I doubt the page linked to above would ever load over a modem connection, much less play the video any time soon. Note to web designers: a little study of Jakob Nielsen won't hurt you. For instance he says: a load/reaction time of 1/10th of a second feels instant to the user. Under one second is good. Over ten seconds is not acceptable to most users.
Posted by Eolake Stobblehouse at Saturday, June 18, 2011 5 comments:

Princess of whales (updated): How a naked female scientist tries to tame belugas in the freezing Arctic

Princess of whales: How a naked female scientist tries to tame belugas in the freezing Arctic, article.

This Russian scientist has some kind of balls: these are arctic waters, and she swims underwater with the whales up to ten minutes! OMG.

the photographer has a very nice flickr page with many more underwater images.
btw, the story about the whales not liking swim suits is nonsense (see the flickr stream ..)

A Laptop, Its Head in the Cloud

A Laptop, Its Head in the Cloud, NYT article.

I tried valiantly to use the Samsung as my main machine, but by the end of a week, I was about ready to toss it like a Frisbee.


Pogue echoes what I've said myself here, and what Bert comment just below: the dream of cloud computing is a sweet one, but it does not fit in the current world where you can't trust the speed or even presence of an Internet connection, nor the servers. Maybe in twenty years that'll look very different, just maybe.
Posted by Eolake Stobblehouse at Saturday, June 18, 2011 No comments:

"Connect with your teens"

"Connect with your Teens" is an interesting blog, encouraging parents with big kids to connect to their world via pop culture and technology. I think it's a very healthy approach, rather than always berating your kids for not understanding you or being interested, turning the thing around.
Posted by Eolake Stobblehouse at Friday, June 17, 2011 2 comments:

What a clever scam!

Here is one of the most clever scams I've seen in a while.
However, it falls into the trap of promising too much itself. Making 10 to 15 grand per month while taking care of your young kids, on a turn-key business (unnamed) found ready-made on the Net? I don't think so! If they'd kept it to 2-3 grand, it would have been more believable. (Though still actually unlikely to be true.)

Of course, to me at least, at the moment when it linked to something called "Home Wealth Solutions", it was all blown to heck. From all I've seen and heard, the only people who make money on such concepts are the ones selling them! It's really amazing, all that talk about all the money one can make, without any mention of what one is supposed to be producing or selling! It's apparently magic money appearing out of thin air!

* Update: my friend wrote: "this has happened to my husband too, who works from a different computer and has an AOL account too. And all my contacts are on the AOL server not on my computer."

It is rather disturbing how many big companies have had their servers hacked recently, sometimes with millions of customers' personal data stolen. Sony, Gmail, AOL, etc etc. It really does not encourage a lot of trust.
Posted by Eolake Stobblehouse at Friday, June 17, 2011 4 comments:

This is one of my favorite drawings for home- or lock-screen on iPad. I think I got it from the app Pimp My Screen, though sadly I don't think there are many of the type.
I just think it's lovely. For one thing, it's cunningly made so it fits nicely on the iPad screen regardless of screen orientation. For another thing, it's a nice drawing and has great, warm colors, and the idea is just so dahlink. 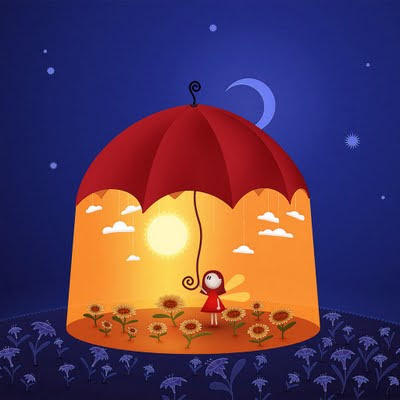 ----
BTW, tip from podcast iPad Today: to put a message on your lock-screen (like where to call if somebody finds it), just write text on a graphic! It can even be done as simply as writing on a note app and taking a screenshot (homebutton plus sleep button simultaneously). Then select it for lock-screen.
Posted by Eolake Stobblehouse at Friday, June 17, 2011 1 comment:

This might lure me aboard a plane more often, though I guess those tickets they somehow manage to sell for less than a pack of cigarettes won't be going to this kind of plane. Not this century anyhow. (Hmm, though looking back at the 20th, one tends to become careful in guessing how much can happen in 100 years!)

Posted by Eolake Stobblehouse at Thursday, June 16, 2011 No comments:

Modern Family is one of the best new comedies in years. What can I say, I love it. Not the least, of course, the women. And all of them as talented and funny as they are beautiful. 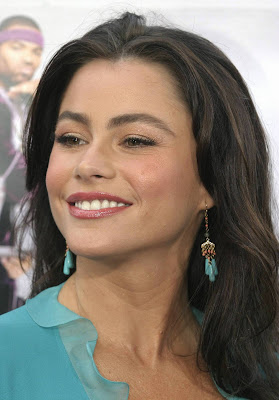 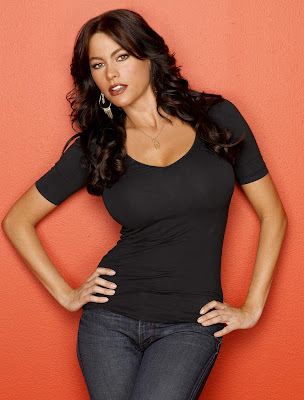 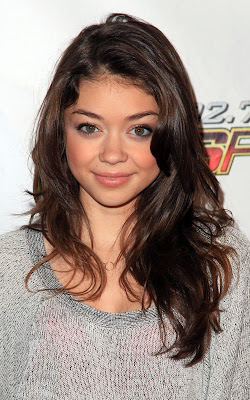 N-B-SEEEEE us, article.
I don't even know this Randy Johnson or his commercials, but this is a funny article.

He’d be partnered with a female detective with enormous hair whose main job in every episode is to get kidnapped or say things like
“He’s getting away, Randy! And he has all the money from the battle of the bands! That was the budget to save the teen anti-drug program!”


I'd certainly like to watch those shows. A healthy dose of self-irony can take the ridiculous to the sublime.
(And by the way, that's what makes so much TV programming so awful: a complete lack of self-irony. No distance, no perspective.)
Posted by Eolake Stobblehouse at Thursday, June 16, 2011 No comments:

A dog riding a dolphin? Cute. Didn't see that coming.
Posted by Eolake Stobblehouse at Wednesday, June 15, 2011 No comments:

Fiona Apple - "Across The Universe"

Great version of Lennon's song, from the recommended film Pleasantville.

Kewl video too. It must take quite a bit of concentration to sing with a serene face while big men are smashing a café with baseball bats all around you.
I also like the rotary gimmick she sat in, in the middle. It gave an unusual sense of abstract disconnectedness to the scene, even while she was actually in the middle of it. Which ties in with the lyrics too.

Another version. Has Dakota Fanning in it. It will be interesting to see what she will do now she's growing up. She was such an exceptional talent as a child actor.

Posted by Eolake Stobblehouse at Wednesday, June 15, 2011 No comments:

Terry Pratchett and the Choice

At 21.00 and 22.00 today on BBC 2 there are programs about writer Terry Pratchett. You man be aware that he has Alzheimer's, and apparently he is choosing assisted suicide. More power to him, but this kind of thing is very controversial, what with many religious people holding the position that only god should make such decisions.
Posted by Eolake Stobblehouse at Monday, June 13, 2011 18 comments: 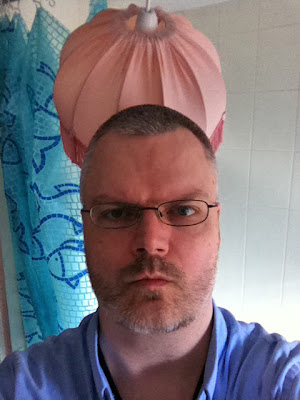 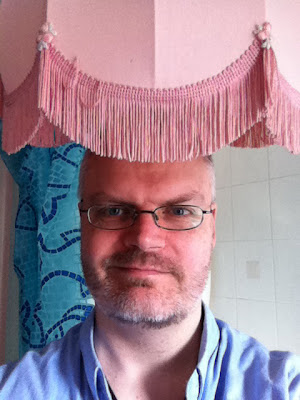