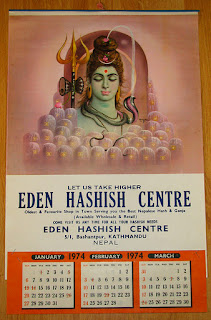 ... I see this and think "OMG!"
But then I realize I can't take a walk through my town without passing at least five establishments, "bars", peddling legally a substance at least as damaging as hashish. I wonder if alcohol will ever go the way of opium and hashish, and the way tobacco seems to be going?

Not that I'm preaching for or against anything. I take a little liqueur on my icecream, but if I take enough to get drunk, I get a headache, so that's as much the reason I don't drink as the lives it has ruined in my family.

Any addiction (and pretty much any activity can become an addiction) can be damaging if overdone. I don't think we have a good solution to addictions, because that would demand that we cure the psychological reasons people get them in the first place, and those go deep. But maybe the best one is general legalization and broad education.
Posted by Eolake Stobblehouse at Saturday, December 03, 2011 2 comments:

A pinhole photo in an egg

[Thanks to Phil]
A pinhole photo in an egg, article.
The egg shell is both the camera and the photo. What an excellent idea.
Now block the opening with a wrought-brass pin-holed plate, trying to restore the natural egg-ness of the shell. With the black tape seal the structure. You’ll notice that the shell is really transparent: to avoid any problem, wrap it with the black cloth, carefully leaving out the pinhole. During each stage of this process the egg could break. Usually it does.

I suspect this will become an art form like that thing with photographing the viewfinder of a medium format camera, only better and more timeless.
Posted by Eolake Stobblehouse at Friday, December 02, 2011 6 comments:

Much as games, not the least computer games, don't interest me much personally, I think there are aspects of them which are a modern art form, or support and include art forms, visually and otherwise.

Posted by Eolake Stobblehouse at Friday, December 02, 2011 No comments:

Q. What is the rule for including the place of printing with regard to an e-book, which is not actually printed on paper anywhere? If this information is necessary, where should it be inserted in the front matter? Many thanks for your response.

A. Conventionally the printing statement goes on the copyright page, along with the place of publication. It’s not clear under what circumstances it would be “necessary” to include a printing statement in an e-book, but if forced, write “This book was not printed
anywhere.”

From: University of Chicago Press
Posted by Eolake Stobblehouse at Friday, December 02, 2011 1 comment:

There's a great filmed conversation/co-interview between JK Rowling and Dan Radcliffe on the extras disk of the last H Potter film. One of the funny things Jo says is about Neville in the movies: "you cast this plain-looking kid, and then he grows up to become this sort of Rock God..." 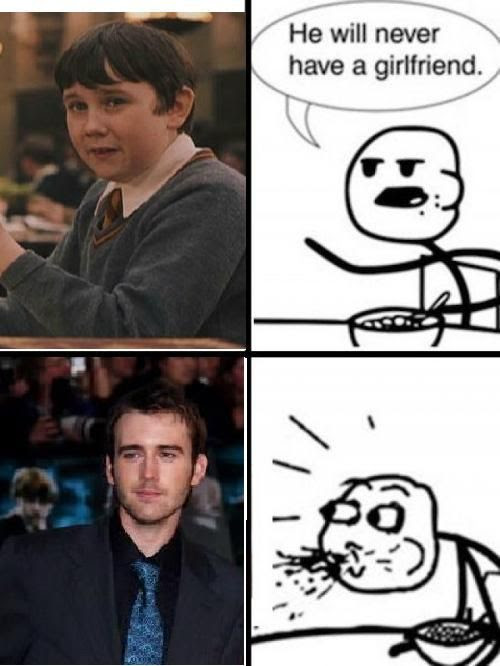 Somehow they managed in the movie to make him still look pretty much like Neville though. And admittedly he is one of those chameleonic people who look very different from picture to picture.

Anyway, how lucky were these people with the three main actors? To find three kids who not only are perfect for the roles, but keep being so, and all stay around and does great work through eight movies? Amazing. And does it through the great pressure of both adolescence and stardom. Huh.

Harry Potter really is an amazing phenomenon. Not only the sheer unprecedented size  of it, but also the character. It's really, I think, the only thing of the kind I really like (not that I'm a huge fan, but I like it). Take Narnia or that Compass thing for example, they just don't really interest me at all. There's something about Harry Potter which makes it more trans-gender in some way. Maybe it is a certain extra foundation in logic, which matters more to the traditionally left-brained men than to women, for better or worse. JK actually talks a little about that in the interview. Not to be accused of being sexist, I think that taking a lot of stock in logic is as much of a weakness as it is a strength, since it tends to block intuition to some degree (hence the concept of Female Intuition), and of course any person of any gender can lean any way on this matter.

Re the scale, I just saw that the HP movies are the highest grossing film franchise of all time. That's astonishing, considering Star Wars and everything. I'd not imagined that. Especially with Star Wars, which has so many hard core fans who have seen each movie dozens and dozens of times. 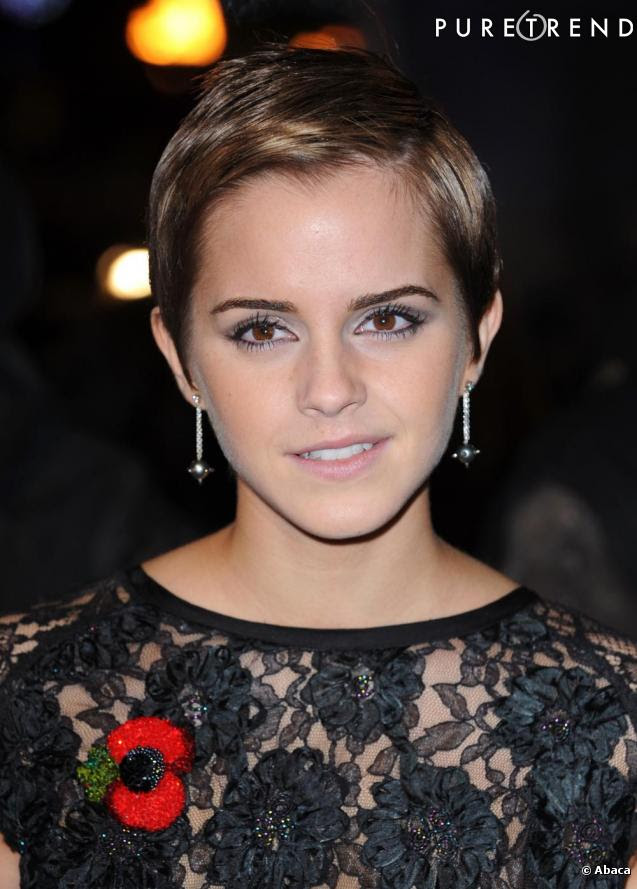 Thanks to MacObserver for pointing to this good deal for an xmas present, a compact zoom camera for, at the moment, $99 at Buy.com. Olympus is a very good brand, so this has to be an excellent deal.
Posted by Eolake Stobblehouse at Friday, December 02, 2011 No comments:

Intuition isn't the enemy, but the ally, of reason.
-- John Kord Lagemann

Posted by Eolake Stobblehouse at Thursday, December 01, 2011 No comments:

Here are some nice wallpapers from Easter Island.
There are many sets, for example also this set from NYC, Sep 2011.

They are from a venerable, free e-magazine called About This Particular Macintosh. I like that they have published continually for over 15 years, and for some reason I like that they make it like a "real" magazine, in PDF format (for easy offline reading, perhaps on other devices). Maybe it makes it feel like more of a package or something. A web site is such a dang nebulous thing.

Ooh, this one is nice:

Posted by Eolake Stobblehouse at Wednesday, November 30, 2011 No comments:

Secret Software on Millions of Phones Logging Everything

Secret Software on Millions of Phones Logging Everything, article/video on Wired.

From there, the data — including the content of  text messages — is sent to Carrier IQ’s servers, in secret.
By the way, it cannot be turned off without rooting the phone and replacing the operating system. And even if you stop paying for wireless service from your carrier and decide to just use Wi-Fi, your device still reports to Carrier IQ.

How the heck do you manage to get such software, which has to be illegal, onto millions of phones from different providers?

The Patriot Act
National security letters, perhaps the most invasive facet of the law, are written demands from the FBI that compel internet service providers, financial institutions and others to hand over confidential records about their customers, such as subscriber information, phone numbers and e-mail addresses, bank records and arguably websites you have visited.
The FBI need merely assert, in writing, that the information is “relevant” to an ongoing terrorism or national security investigation. Nearly everyone who gets a national security letter is prohibited from even disclosing that they’ve received one.

Within a couple of hours after the fall of the WTC towers on 9 Sep 2001, I knew that something like the Patriot Act would be proposed very soon. It just struck me out of that clear blue September sky: fuck, they are really gonna use this, ain't they?
I might have had a faint hope that sanity would prevail, but it was only a faint one I'm sure. "Never underestimate the power of human fear", to paraphrase Bob Heinlein. It seems 99% of everybody is always willing, nay, eager to give up basic liberties in exchange for a little sense of false security.

How COPPA Teaches Children to Lie

How COPPA Teaches Children to Lie, article.
Children are getting online at ever-younger ages these days, sometimes with sites like Facebook, and sometimes for school requirements. But did you know that many major online services, including those from Google, Apple, and Facebook, don’t allow children under 13 to join at all, thanks to the Children’s Online Privacy Protection Act? The end result is that parents are being forced to teach their children to lie online.

It's typical. We always go overboard, especially with "protecting the children".
Same with child labor laws. Because there once was a problem with exploitive child labor, now it's forbidden in most of the western world for children to work at all, which cripples children's sense of self-worth, and their chance of earning their own money for the things they want.

In an industrial society which confuses work and productivity, the necessity of producing has always been an enemy of the desire to create.
-- Raoul Vaneigem

A good observation.
For example, one of the most important criteria for the galleries to take on and support a new artist is whether he is continually producing (and in the same quality and style). But one thing I have noticed is that when somebody in a creative field gets into a situation where he has to produce more regularly than he would by himself, the quality always suffer. Sometimes dramatically.
It's a difficult conflict, because on the other hand the business side of things is indeed often hurt by long breaks between output.
Posted by Eolake Stobblehouse at Tuesday, November 29, 2011 1 comment: