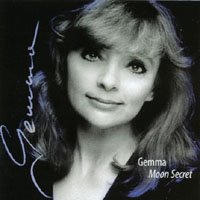 Gemma Gariel is a hugely talented painter and musician.
Se her collaboration with me here.
And go get her music.
Gemma has given me permission to post here, for free, my favorite song of hers: Serenade Me, My Little Blue Angel.
(Alternative: get it as a zip file.)
Email Gemma.
Posted by Eolake Stobblehouse at Saturday, May 27, 2006 4 comments:

Finally done with Gone With The Wind. These "human drama" stories try my patience.
This one was powerfully told, but hell, what a nasty story! It was like a Marquis de Sade story, only without the sex to lighten up the constant brutal punishment of the characters.
Posted by Eolake Stobblehouse at Saturday, May 27, 2006 No comments: 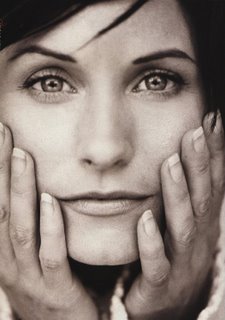 The Son of Ch-ch-changes, part II, the sequel, The Changeling Returns, This Time it's Personal!

(Goodness, she is just a year younger than me.)
---
OK, somebody just asked "how rich are you?" Well, I was pretty much using humorous exaggeration throughout this post. My answer:
I am rich compared to most people on this planet, but I just live in a 2 bedroom apartment in a small town, nothing remarkable. But these days I am able to get what I like and still live well within my means, which is a really nice change.

Also, by the way, I am finally losing the "thick" that I started gaining after I began working from home, thanks to Pure Trim.
---
Changes 1

Posted by Eolake Stobblehouse at Saturday, May 27, 2006 5 comments:

The fear of being seen as a coward has made many a man and king into a brave fool, and more fool than brave.
-- Eolake Stobblehouse

... I figure if I write some sentences which sound like adages, who knows, they might become so... :) 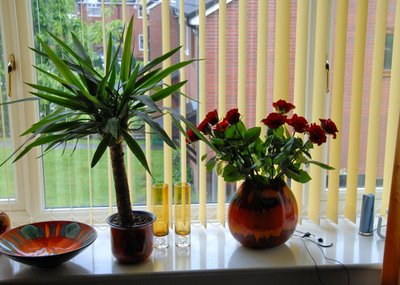 I got blinds to control the heat and light better, but to my surprise I found I actually like the way they make the windows look too.
Oh, and the roses, aren't they pretty.
Posted by Eolake Stobblehouse at Friday, May 26, 2006 2 comments:

As occasionally happens, I was stunned to find that I have been living in this town for four years now, and never noticed this facade before.
I am guessing "Uropa" was a club.
In any case I am always a sucker for visuals of sort of one color.
Posted by Eolake Stobblehouse at Wednesday, May 24, 2006 No comments:

I was just confronted with this:

To win without risk is to triumph without glory.
-- Pierre Corneille, 'The Cid,' 1636

What absolute bollox. The person who can achieve a victory with minimal or no risk is one I respect a lot more than anybody who does not consider the risk. Not to mention somebody who thinks something is not worth doing if there is no risk! He is just an idiot who is bored and who has lost sight of the fact that there are things which are worth doing in life, and bigger things to achieve than Not Be Bored.
Posted by Eolake Stobblehouse at Monday, May 22, 2006 7 comments: 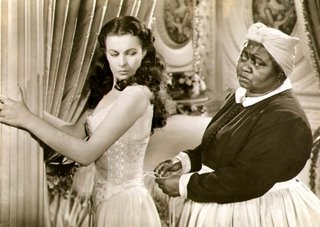 I have never watched Gone with the Wind before. Not this lifetime anyway. So I thought it was about time. Especially since I heard something indicating it was not the trivial romance I thought it was.

So, watching the scene just before the intermission, where Scarlett goes to the field and eats a radish. And just as she starts to get up, I say to myself: "As God is my witness, I'll never be hungry again!"
And by Pete, she gets up and says just that, word for word!
The only reference I recall for it is a strip from the comic Bloom County, which I read 20 years ago. It was a totally different (and male) character, and it was not indicated that the scene hailed from the film. And like I said, I never saw the movie before. Now, is that a scary mind or what?

Anyhoo, I am not a fan of old movies. Fred and Ginger can dance themselves raw for all I care. But I have to admit this is one friggin compelling movie. I have no interest in the era or the kind of characters, or war, and I don't like long films as a rule, and yet I dare say I will watch the whole thing.
Them thar varmints made one golddurn parhful story.
Posted by Eolake Stobblehouse at Monday, May 22, 2006 5 comments: 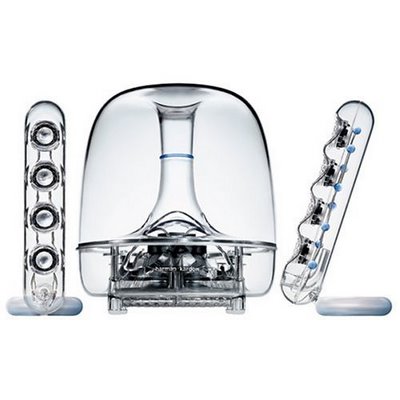 Harman Kardon Soundsticks II
I just got these for my computer. I already had some pretty good ones, but I wanted really good sound for my music for all the time I spend here. And these had top reviews. Turns out for good reason. They are fantastic value for the money. They are only about $160/£100 (which, remember, includes a built-in amp), and they sound like a high fidelity system to my ear. Honest. And they are just gorgeous.
I can't get over the value for money. Get these and an iPod nano, and you have a beautiful, super-compact, high fidelity system for less than three hundred bucks.
(Note, apparently in the UK they are called Harman Multimedia Soundsticks II.)

I actually tried buying the Soundsticks in the first incarnation six years ago. But that model had digital input, and only worked with certain Macs. I am glad I got these now. They work with any player with a miniplug: iPod, Mac, PC, Walkman, Discman, etc.
Posted by Eolake Stobblehouse at Sunday, May 21, 2006 2 comments:

When you drink the water, remember the spring.
-- Chinese Proverb

This is very wise. I am sure that most of almost never do.
We may do in some extraordinary circumstances. For instance, when reading a really excellent book, I feel thankful to the author. But I rarely consider all the tremendous work done by many other people: those who work in the book store. The truck driver who drove it around. The printer who made it look nice. Johannes Gutenberg. The publisher who financed it. The editor, who took a chance on it. The typesetter, who made it readable and aesthetic. All the people in the past who worked to make publishing a viable business. All the enthusiastic literature buffs and librarians who made the book business repected and loved.

Not to mention that this goes for every little thing around us: The wonderful huge Apple flat screen before me. The house I'm sitting in. The shirt I'm wearing. Ekcetera, ekcetera, ekcetera.

Perhaps it is more realistic on a more immediate level. Thank the waitress for her help, even when it is not above and beyond. Send thanks to the cook if you liked your meal. If you liked an article, send the author and the editor an email. Remember the spring.
Posted by Eolake Stobblehouse at Sunday, May 21, 2006 4 comments: