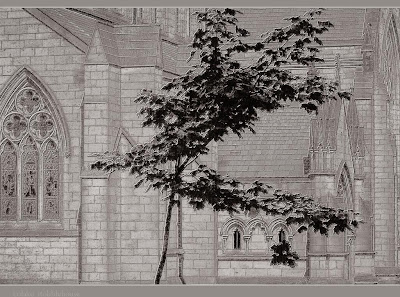 
See the young red beech in another photo here: 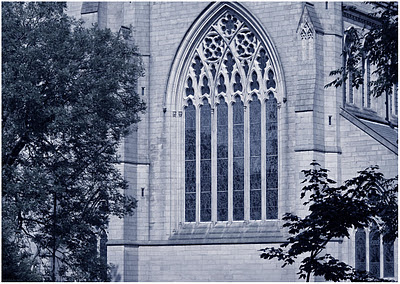 And a nearby scene: 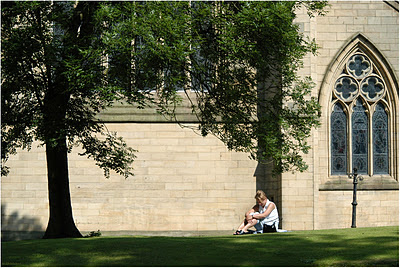 "Total Restoration", a short post on my spirit blog about living deliberately.
Posted by Eolake Stobblehouse at Saturday, November 12, 2011 No comments:

I have a weird fondness for "exploded" compositions, without an obvious focal point, and Lee Friedlander is one of the masters. A book which features this side of his work is Sticks And Stones. Another one is Factory Valleys. (The latter is much weaker and thinner, and out of print, thus over-priced, so I recommend the former. I couldn't find decent-sized pics from the former though. See some small samples here though.) 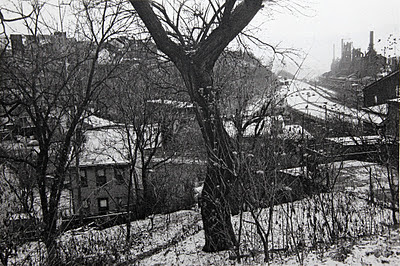 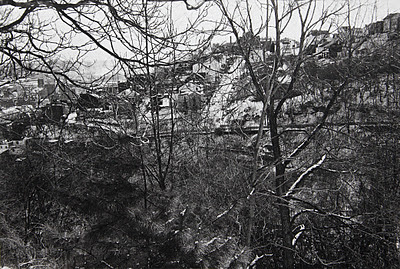 There had been many theories and conjectures about the meaning of the words "hokey pokey", and of their origin. Some scholars[who?] attributed the origin to the Shaker song Hinkum-Booby which had similar lyrics and was published in Edward Deming Andrews' A gift to be simple in 1960: (p. 42).


" A song rendered ("with appropriate gestures") by two Canterbury sisters while on a visit to Bridgewater, N.H. in 1857 starts thus:
I put my right hand in,
I put my right hand out,
In out, in out.
shake it all about.
As the song continues, the "left hand" is put in, then the "right foot," then the "left foot," then "my whole head."
...Newell gave it the title, "Right Elbow In", and said that it was danced " deliberately and decorously...with slow rhythmical motion."


"Decorously"... gotta love it. Those Victorians had a far-out sense of humor.

We did this song when I was a kid in Denmark. Funny enough in Danish it has an added chorus fitting nicely with the melody and the lyrics "ooh, boogie-woogie-woogie". Not great poetry, but I find that the song without it gets monotonous. I wonder if that chorus is a Danish invention.
Posted by Eolake Stobblehouse at Saturday, November 12, 2011 6 comments: 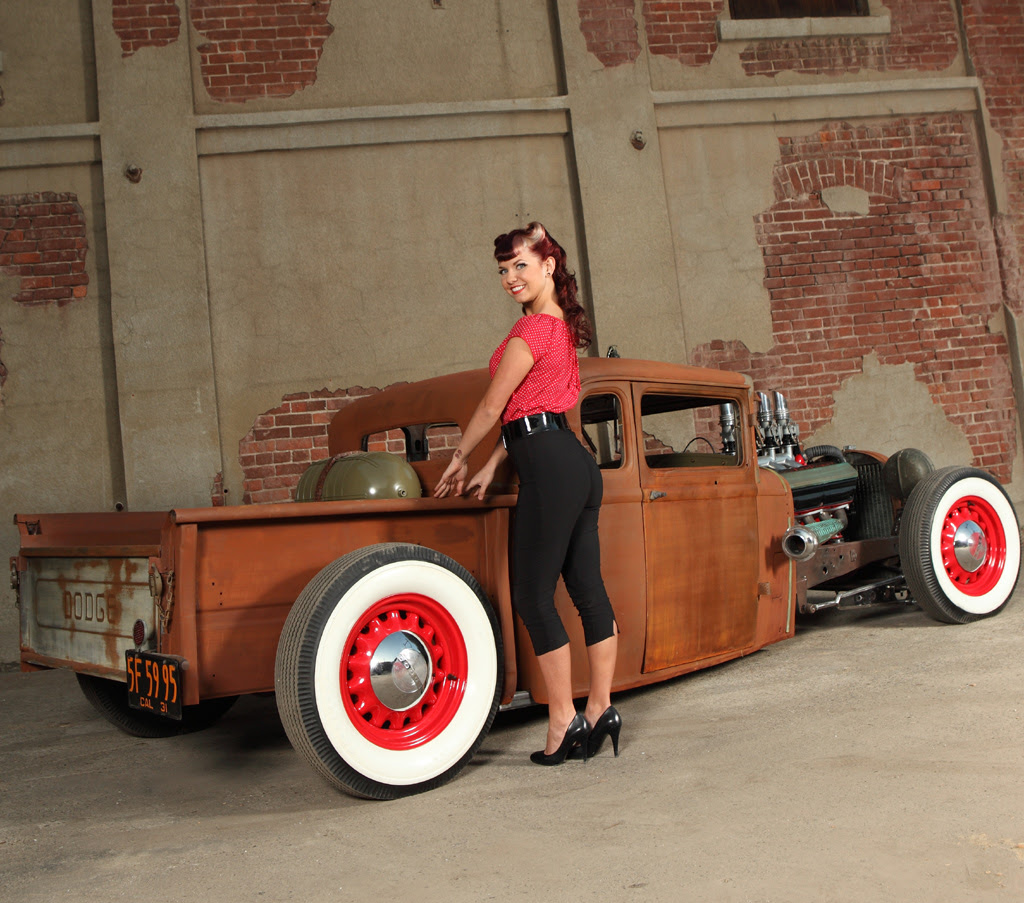 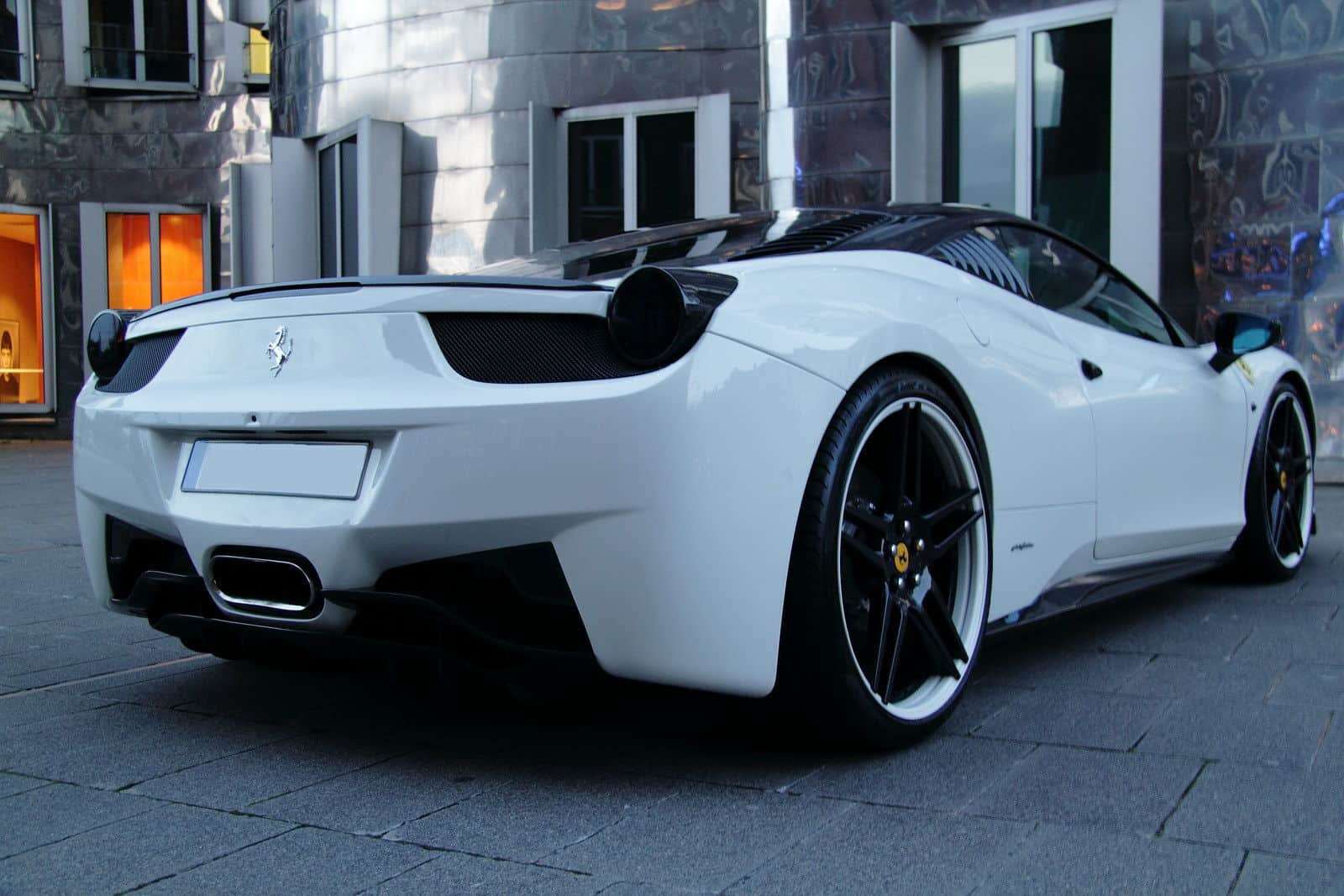 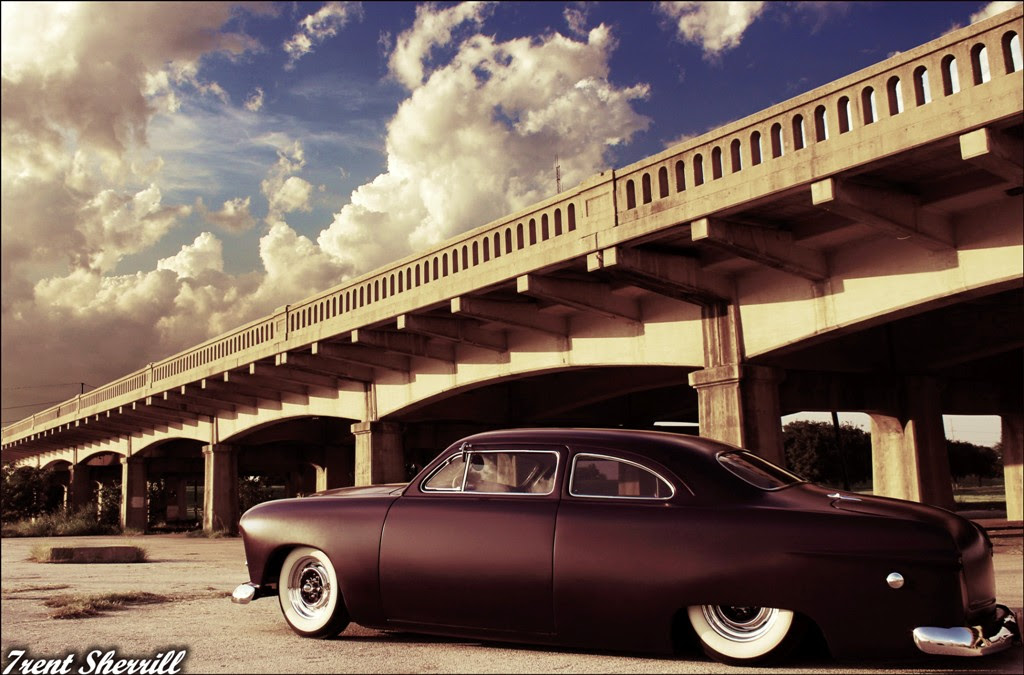 One of the brilliant things about Amazon is the customer reviews. For example, twice today I've been pointed towards Amazon.de (Germany) as a better alternative. Firstly I was looking into the new Samsung Galaxy Note big-screen phone, and it's not exactly a cheap thing. But then a few reviews down I saw a note which said that it was cheaper from Amazon.de. No kidding, like 120 Sterling less, not far from $200 cheaper!
Secondly, Kungfu Panda 2 is out in UK, but only on DVD, for lord knows what reason. A reviewer pointed out you can already get it from Germany on blu-ray. Boom, it's ordered.
And another great thing is that you don't have to create a new account for an Amazon store in a different country, you just log in, and you can buy with one-click and all. Kewl. I once bought People Like Us Series 2 from Amazon Australia, it was only released there. (Which I found out about from Wikipedia, another stellar modern blessing.)
Posted by Eolake Stobblehouse at Thursday, November 10, 2011 6 comments:

From the same site, the Camera Table Dolly.

Not sure how much it's worth for the videos, but it is sure very cute!

Ran into this again, big fan me.
More here.
What you don't see is that the show is actually very humorous. 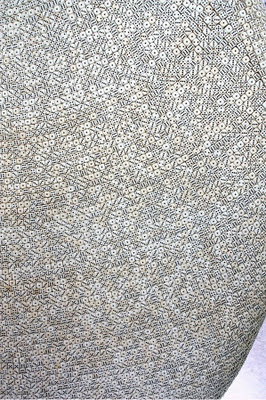 Posted by Eolake Stobblehouse at Wednesday, November 09, 2011 No comments:

This is written from from a business viewpoint, not a high-literary one. But it's good to sometimes get an impression of how simple, cheap, and fast something can be done if one wants. And for somebody with the right mind and experience, fast does not mean sloppy. (Dickens was an amazingly fast writer.)

By the way, it sounds to me like the article says that print-on-demand books cost at least $10 per copy, but I asked the author and he says he gets them for $2.50.

The article does not talk much about fulfilment, meaning taking payment and shipping books. This is far from trivial, so an alternative is to focus solely on ebooks, which is successful for many authors already.
Posted by Eolake Stobblehouse at Wednesday, November 09, 2011 14 comments:

This is such a place where post-modern writers like to take Batman and the Joker for the big showdown. 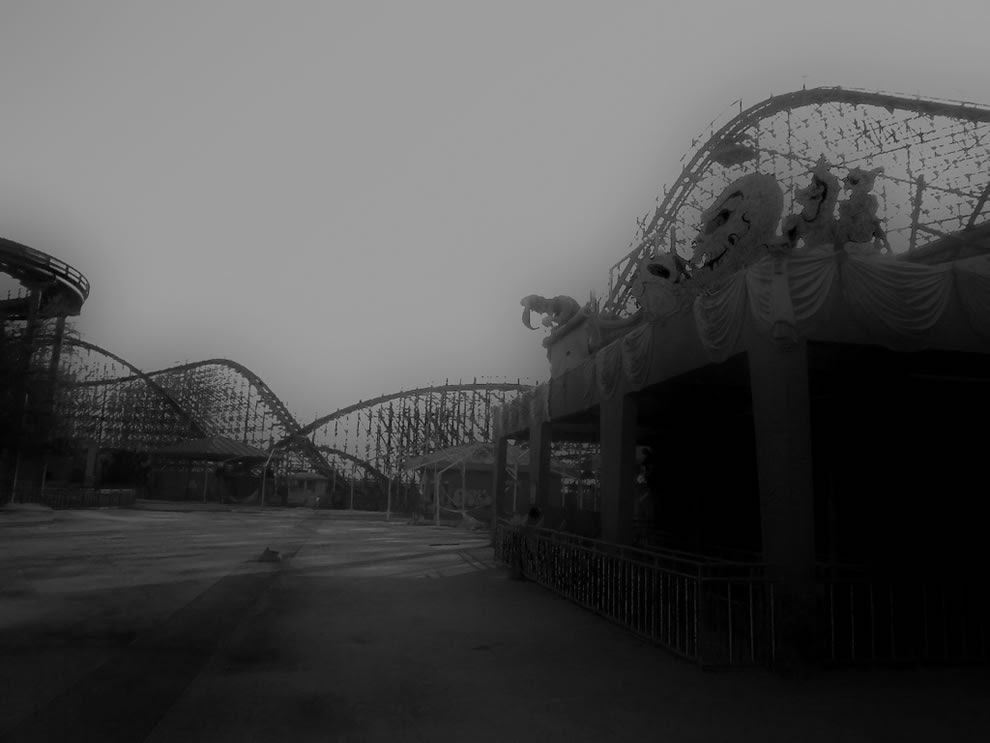 Six years after Hurricane Katrina. Apparently too expensive either to rebuild or tear down. Bet the Japanese would have a different approach to it. The land is not earning anything in this state, and you still have to pay land tax on it.
BTW, it must have been insured? Is it too expensive to insure against hurricanes? Or do the insurance companies go bust when this happens? (If so, that makes the contract worth little more than the toner on it, ya?) It's interesting how such places/pictures evokes mixed feelings. Sadness and desolation, mixed with Schadenfreude and smugness. 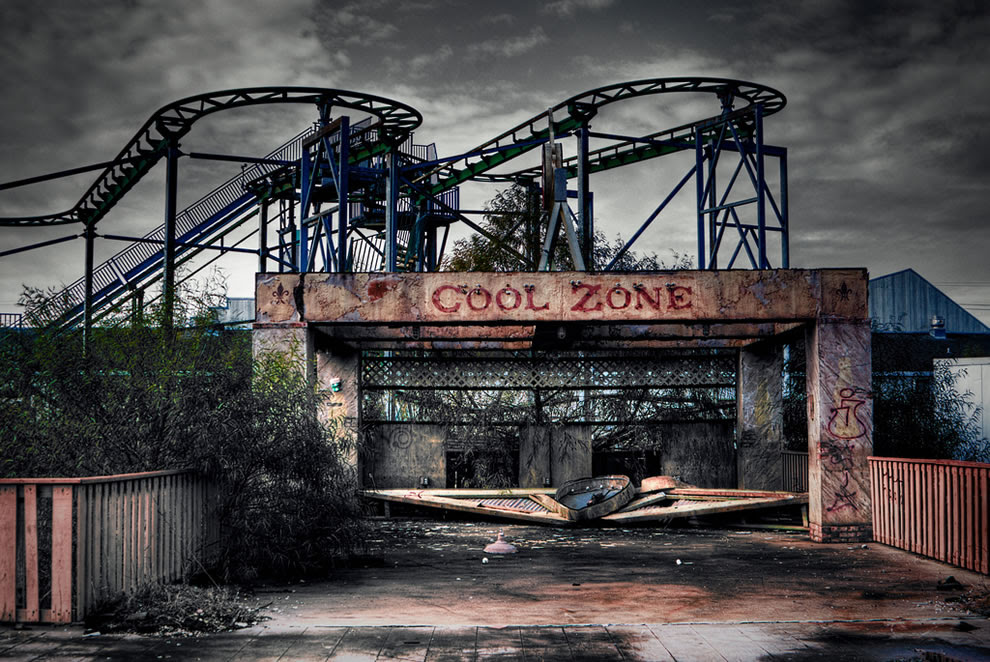 Posted by Eolake Stobblehouse at Tuesday, November 08, 2011 No comments:

"What?... Writing is the only thing which gives your alcoholism any credibility!"
- Stewie to Brian, Family Guy
Posted by Eolake Stobblehouse at Tuesday, November 08, 2011 4 comments:

This is the "please don't touch me" variant.

There is this wonderful comment on the YouTube page:
Earth to Kert- IT IS NOT A SEX ROBOT! It even STOPS you from touching her. I find it sad that people have warped it to seem that way. I think it's a wonderful & interesting invention, and the inventors are geniuses, but it was made﻿ for different reasons other than sex. Chill your damn boners, people! XD

I rewatched Lost in Translation recently, and it's a very eccentric movie, but sorta poignant, and often funny, for example in the scene where Bob Harris's Tokyo hosts have gifted him with a call girl and she is trying to get him started, and it seems her default mode is a rape scenario... "Oh no, misser Harris, no, please misser Harris!", throwing herself back from imaginary attacks. And he is sitting there trying to say no politely, hugely embarrassed by the whole thing, it's hilarious.
Posted by Eolake Stobblehouse at Tuesday, November 08, 2011 13 comments:

Posted by Eolake Stobblehouse at Tuesday, November 08, 2011 No comments:

Some of us suspected RED was falling by the wayside since they announced a lot more things than they actually delivered (for example their fabled DSLR-killer camera). But it seems they are kicking still, they have announced they are coming out with the Scarlet-X camera, a 5k (5,000 pixels horisontal resolution) film and still camera, highly modular like their other cameras.

This is well outside my expertise, but as I understand it, RED's aim is to make top-professional digital video cameras for real film making, but at prices well below what other Hollywood-class video systems cost. And from what I hear, they are largely succeeding, several A-movies have already been made with their cameras.
Posted by Eolake Stobblehouse at Monday, November 07, 2011 1 comment:

Full Blown Rose - Somebody Help me

(A repost for long-time readers, but I like it.)

Posted by Eolake Stobblehouse at Sunday, November 06, 2011 No comments: