Do you get stiff neck or back trouble from tilting your head to look down at your laptop?
The Roost Stand is by far the best solution I've seen to this problem. And it's a beautiful piece of engineering.
You can get one here.
(I'm sorry to sound like an ad, but I just love this gadget. And it's unique, so I want it to stay around. I have tried debilitating neck pain from wrong computer use!)


... Though I currently rarely use a laptop, I am getting a Roost Stand now, to make sure I have one when I have the need. - Eolake
Posted by Eolake Stobblehouse at Friday, May 29, 2015 2 comments:

You have hear me, and maybe others, sing the praises of Olympus' compact PRO zomm lenses. I am sure that many have thought: "Well, I'm sure they are very niiiiice, for the format. But it's only half the frame [and weight] linearly of Full Frame cameras. Surely to get real professional image quality, you need a 'real' professional camera and lens, like Nikon or Canon full-frame..."

This would be natural. In film days, image quality was directly tied to the size of the negative, because a film was a film, and you could not get them sharper than they could make films. But now it's years since the resolution of a milimeter of film was surpassed by a milimeter of digital sensor, so cameras and lenses can be made much smaller/lighter without downsides, excepting low-light performance (and if you need very shallow depth of field).

Well, the test linked to above was made with a current Canon full-frame camera and a Canon professional "L" type lens. And lo: not only did the Olympus lens compare well to it, it beat it handily.

So, if you need to make hand-held photos at night (I'm being literal), go for full frame. If that's not a pressing issue, pick a good camera in a size which is comfortable for you. 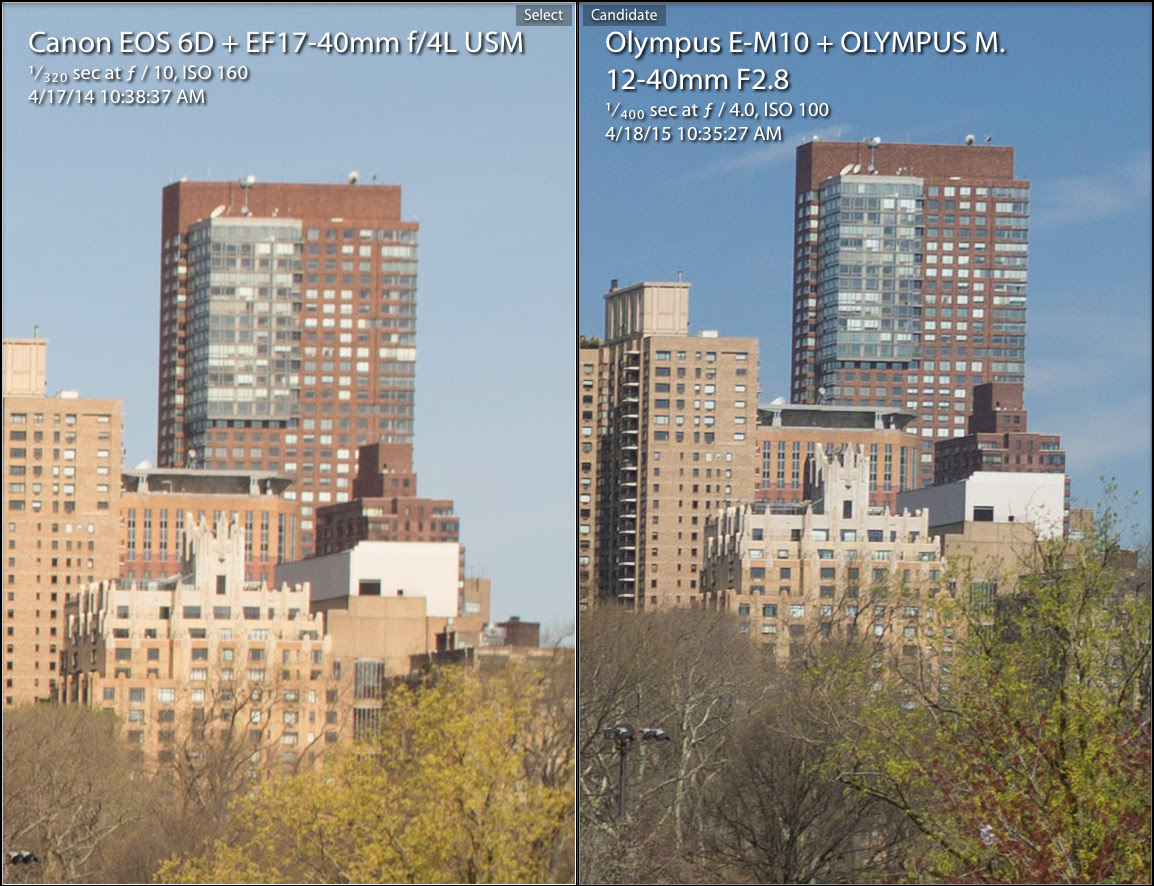 Posted by Eolake Stobblehouse at Thursday, May 28, 2015 No comments: 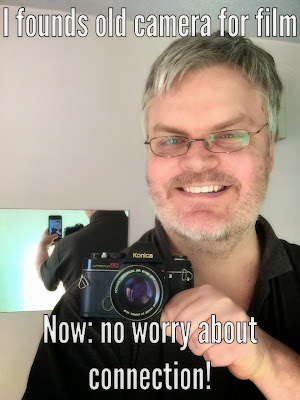 (Yes, it really is me, and my Konica, not (yet) a viral Net object. I added the catz meme just to class up the joint.)
Posted by Eolake Stobblehouse at Tuesday, May 26, 2015 8 comments: