April one, 2006: In a press conference today, President George W. Bush appeared to admit that the war in Iraq was a mistake.
"We were led to believe, that is, Dick Cheeney and myself, we heard from our allies... Various intelligence was passed onto ourselves, and we made certain decisions... Well, to make a long story short, we gone to war and maybe it wasn't strictly necessary. Well, of course it was necessary, don't get me wrong, why would we have done it? But strictly speaking maybe we did not do due diligence and maybe diplomatic options were not exhausted, I am now being adviced.
"I'd like to pass on my most sincere apologies to the families of all the American heroes who have died. I am sure that Mr. Hussein is also contrite and sends his apologies to all the civilian Iraqies who we have killed.
"Also I'd like to take this opportunity to make a solemn promise to the American people that this country will never again go to war unless there is a pressing reason. Or at least a few good excuses which will not evaporate by the following Wednesday."
After stepping from the podium, the president was overheard commenting to aides: "Thank god it is only on April first every year I'm required to do things like this. It is really not my bag."
Posted by Eolake Stobblehouse at Saturday, April 01, 2006 16 comments: 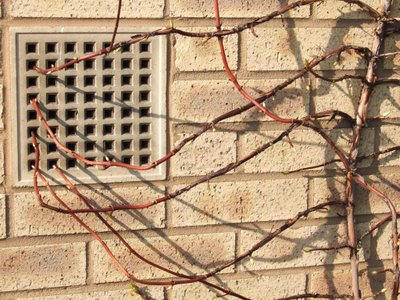 The UK, even more than the US, is currently in the throes of a hysterical, mindless fear of paedophiles. For instance, London is erecting signs telling people to be on the lookout for people photograhing children in public! Many, many photographers have been stopped by security guards or the police on groundless suspicion, and many more have stopped photographing in public for fear of this.

Perhaps the needle will swing the other way now this Big Fear has cost a life...
Two year old Abby Ray recently got lost and drowned in a pond.
Van driver Clive Peachey saw the toddler walking around alone, but did not dare stop and do something, out of fear of being seen as a child abductor...

[As a note, child abuse is a real problem, but it is overwhelmingly happening between family members. This fear of strangers is misdirected.]

Comment by Zeppelina:
"There is way too much mass hysteria going on around this subject.
It`s getting so that children are to be avoided at all costs.
There are many works of Art,painting, illustration and photography, which would not be possible today under the current hysteria.
I saw a young couple pleading with department store management 2 Xmas`s ago, because the store would not allow children to sit on Santas knee.
The store, quite rightly, was not prepared to run the risk of perhaps attracting unwanted media attention, or run the risk of possible accusation.
I heard also of an incident where parents were not allowed to photograph or film their children in the school play, because they would obviously be filming other parents children in the play too.
What bizarre nonsense.
A few years back, I saw some rather startling government statistics which said that most cases of harm, be it violent or sexual, actually occur in the home, or family, and not by strangers, as the media would have everyone believe.
Yes, there are evil and vicious people out there, but probably no more or no less than there ever were.
The media has just become more skilled in making people think that there are more, and that they are behind every lampost, or in every doorway."

(Back to myself)
... And have anybody considered the cost for the children? The lack of affection? What does it say to a child when everybody is afraid of giving him a hug?

Wonko commented:
"And television adverts, such as those on behalf of the NSPCC are not helping the hysteria. I do not for one moment wish to belittle or cast aspersions on the very important work such charities do for genuine cases of child abuse. However, their recent adverts are little more than panic mongering, and ultimately do themselves a disservice.
I have been involved with Scouting for most of my life. One of the most pressing problems facing the movement today is a huge shortfall in adults prepared to help run Groups, either as helpers or uniformed leaders. People are frightened that they will be branded perverts for wanting to be around "little boys" (not forgetting that Scouting in the UK has been co-educational for over fifteen years). The media do not help this attitude either. I've certainly had to correct this gross misconception with numerous friends and colleagues. Any adult helping or accompanying youngsters on a Scouting event or activity must submit themselves to a CRB check, before they take part in any event. This is one of the reasons Thomas Hamilton had a gruge against the Scout Association, because he tried and failed on at least three occasions to become a Scout Leader - having previously been thrown out of the movement for inappropriate behaviour - and was rejected each time because his CRB check and internal check results gave cause for concern. Scout Leaders and Adult helpers are now issued with a 'Child Protection' card when they join. It should more accurately be called 'Adult Protection' because the measures on it are designed to prevent an adult being put into circumstances where doubts could be raised over their conduct. For example; an adult should always stay within sight and if possible earshot of another adult when talking with a youngster on a one to one basis, and should never touch them no matter how innocent the intention. These are of course sensible precautions, but it is a sad reflection on our society that it has become necessary to implement them.
As usual, because some people misbehave the whole of society finds itself subject to intense scrutiny and suspicion, instead of dealing appropriately with the actual miscreants."

Zepplina later added:
"I remember there used to be a swing park where I grew up, and occasionaly old men or old women would sit on the benches and watch the children play.
They were always very kindly old souls, and didn`t bother anyone. My mum said that it was a good thing, as old people liked to watch children play, it reminded them of their own happy times in life, and that was only right.
They`d probably be reported now for just sitting watching.
There`s a sort of dark lynch mob mentality now which is more than a little scary, and the media, keen to maintain their ratings positions, will pour paraffin on the flames at any opportunity.
We seem to live in a world now where people are told to be afraid, of child molestors, of drugs, of muggers, illegal immigrants, terrorists, of eating eggs or bread, or whatever the latest fear craze is. Everything is about negativity and fear.
It`s as if they think that the population, the community, can only be united if we are all jointly scared together, united in one giant fear.
Just imagine if they could turn that around, and give us all something really positive to unite the community.
Life would be so much better." 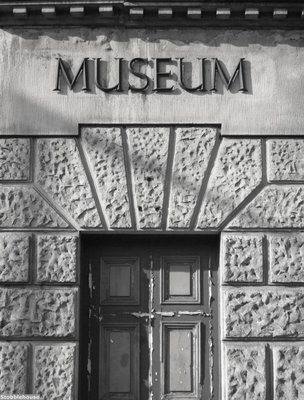 This is the funniest thing I've seen in a while.
Sometimes it hurts to be a fan.
Thanks to the wonderful Page 45 newsletter for the link.
Posted by Eolake Stobblehouse at Monday, March 27, 2006 5 comments:

Remember my monster talk? Well, I am not alone. From Moby's blog:
"oh, i've been watching 'lost'. i wish there were more monsters.
i have to say that i REALLY don't care about the interpersonal drama between the soap-opera stars(aka-characters in the show).
so, my suggestion to the writers/producers of 'lost' for future seasons: less people, more monsters. less normal banter, more crazy weirdness.
we can get soap opera drama anywhere, but crazy monsters are rare and should be given more time."
Couldn't agree more, Moby! (Oh, and I love your work! Your photos too.)
What will replace Buffy? (Angel is not it.)
Having said that, we really live in the Golden Age of excellent TV shows. I don't even have a TV connection, but I watch the best ones on DVD. And I am awed by shows like The Sopranos, Huff, Gilmore Girls. All highly intelligent, complex, sophisticated, and above all funny.
Posted by Eolake Stobblehouse at Sunday, March 26, 2006 2 comments: 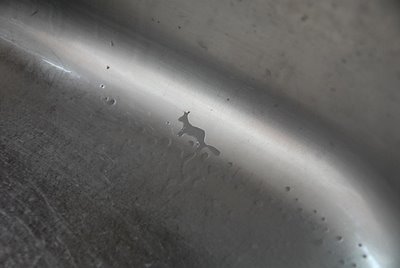 While on the phone with a friend I was washing some apples in the kitchen sink (you gotta love a wireless phone with an ear piece), and when I let the water out, I saw this amazing thing. "It's like a dog from soap," I told my friend and I rushed to get my camera, because obviously figures in soap suds don't last. And in fact I think the tail had fallen down a bit in just those thirty seconds it took to get the camera.

It was only a bit later I remembered that a couple of days ago I was asked what my spiritual guidance animal was, and to my surprise I had said "a wolf". 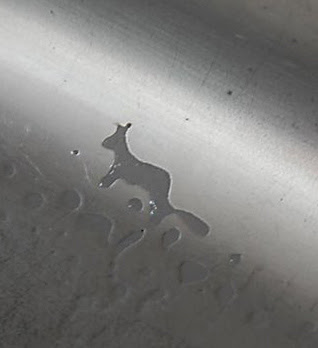