You may be aware of the "Diana" camera. It's an old plastic camera from Hong Kong, super-cheap, with a primitive plastic lens. It makes pictures like this, and some artists are using it for just those qualities: 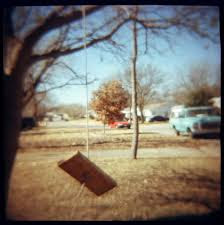 And now somebody has invented a lens which is supposed to mimick the Diana camera's images, only in the comfort of your own digital camera!


And they've done it a step better! To quote the site:
You’ve had a crush on Diana since you loaded your first roll of 120mm film. But, all that money spent on film developing and time spent with your DSLR has taken it’s toll on your Diana devotion.
It's time to rekindle the old spark with the Glass Diana DSLR Lens! It’s a glass Diana lens that’ll mount right onto your Nikon or Canon DSLR.
This Diana lens is all grown up. It’s comprised of three coated glass elements for higher contrast and sharper focus than the unpredictable plastic Diana lenses of yore.

Here are some results from this lens. Sharp as anybody could wish, practically. But toy-camera-like? I don't thiiiink so.

Although I do actually think that the tones and colors are quite beautiful. Really. I wonder how I could achieve that look, without dealing with a manual-focus lens? How can a lens make the colors more saturated?

(Actually I think a little under-exposure may be responsible too. I've sometimes seen a satisfying increase in saturation when I underexpose a stop, or even simulate it in the computer.) 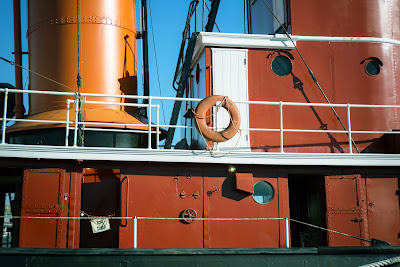 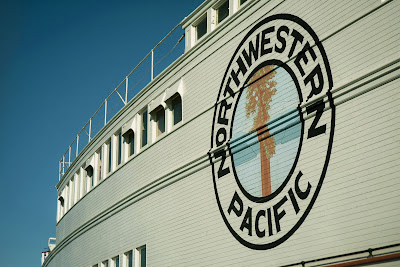 This is totally hil.

update: this video keeps being taken down. A pity.

(Vid was taken down. We try again:)

(I had to ask how the toy works. It has a small motor with wheels in the ball, which makes it run randomly.)

The look of it reminded me: when my niece was just six or so, I gave her a present in the form of one of those little fuzzy slinky animals with a thin "invisible" string, so you can make it seem to run over your hands and such. She was happily dragging it around the house, making it crawl over the carpet, and to make sure we were all fooled, she kept saying: “Look! I’m not even pulling the string!”
Posted by Eolake Stobblehouse at Thursday, December 05, 2013 4 comments:

[Thanks to Philippe]
I can't believe a control room on this scale is a century old!
Cool place too.

I don't get how he did the things like the skin texture... did he really zoom way in and finger-paint each tiny speck in the texture? That's nuts.

Posted by Eolake Stobblehouse at Thursday, December 05, 2013 No comments:

Amazon go-bots in the air (updated)

[Yes, just as expected, some already are loading their shotguns...]

[Amazon is already presenting this on their site.]

This will of course raise howls from luddites, but I'd love it, it's almost enough to make one move to an urban area.
Article.

I wonder though where they will drop the parcels, especially in the case of apartment buildings.

I've actually been thinking about how we could make delivery of physical items follow the development of digital delivery. I had not considered drones, but of course, it's perfect.
Posted by Eolake Stobblehouse at Monday, December 02, 2013 16 comments:

No mail for you today, you Net-addicted freak! (updated)

It seems that the computer gremlins really don't want me to do any emailing today.

First, just as I had settled down to handle all the over-nigh email, business and personal, crack-bzzzzzz-ummmmm.mmm... The power went. All over the neighborhood.
That took a couple of hours.

Then when the power was back, possibly because of the sudden interruption*, Apple Mail app was angry with me and said it would have nothing to do with my mail files. It would have to "import" ALL the mail again! Now, I am not sure what it means, because it already *has* all the mail, where does it have to "import" it from?

Well, that has already taken at while, meaning hours. I've used Mail for 3-4 years, and guess how many messages it has to reestablish? One million, three hundred and twenty-two, nine hundred and sixty-one emails! Holy mama funk. Ridikuwush. 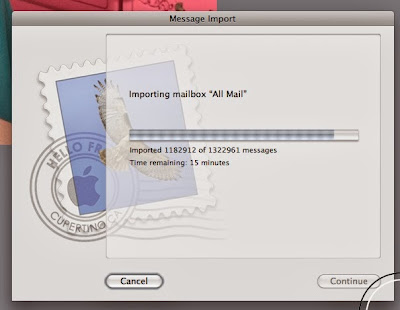 *After all these years, I've now finally decided to get an Uninterruptible Power Source, UPS.

Update:
OK, I got the UPS Battery Backup today. Man! That thing is only slightly bigger than a shoe box, but it weighs like a TV set! Solid fokker!
It seems pretty simple, and I've got it plugged in and working now.
I would say "I should have gotten one years ago", but actually Northern Europe has pretty stable electricity, and this is the only the third outtage I remember in 11 years (back in Denmark, I don't recall any... well, actually one, back in the early eighties, and maybe a couple when I was a kid), and the first which actually happened while I was on the computer. Still, it was a rather abrupt feeling, and it did seem to mess up Mail causing it to take hours to reestablish itself, so I feel good about having it.
Posted by Eolake Stobblehouse at Monday, December 02, 2013 7 comments:

The headline (and my new motto at the top) is from Despicable Me 2.

I could write a long review about all the things I find brilliant about that movie. But I'm sure there are already hundreds of good reviews doing that. So I'll just say: if you like computer-animated comedies, you'll love this. Get it. (If you can display 3D, even better, movies like this are made for it.)


By the way, I think they make a little mistake by featuring basically only the Minions on covers and such. I feared that the other characters, for example the girls, would take a secondary place to them. Fortunately this is not true, it has a full character gallery, all used well.

One of the best new characters is Lucy Wilde, agent of the Anti-Villain League. This adorable redhead is a mess of delightful contradictions: She is bubbly, inventive, tough and super-resourceful, a bit bashful, clumsy, slightly sadistic and yet loving, and a martial-arts master. 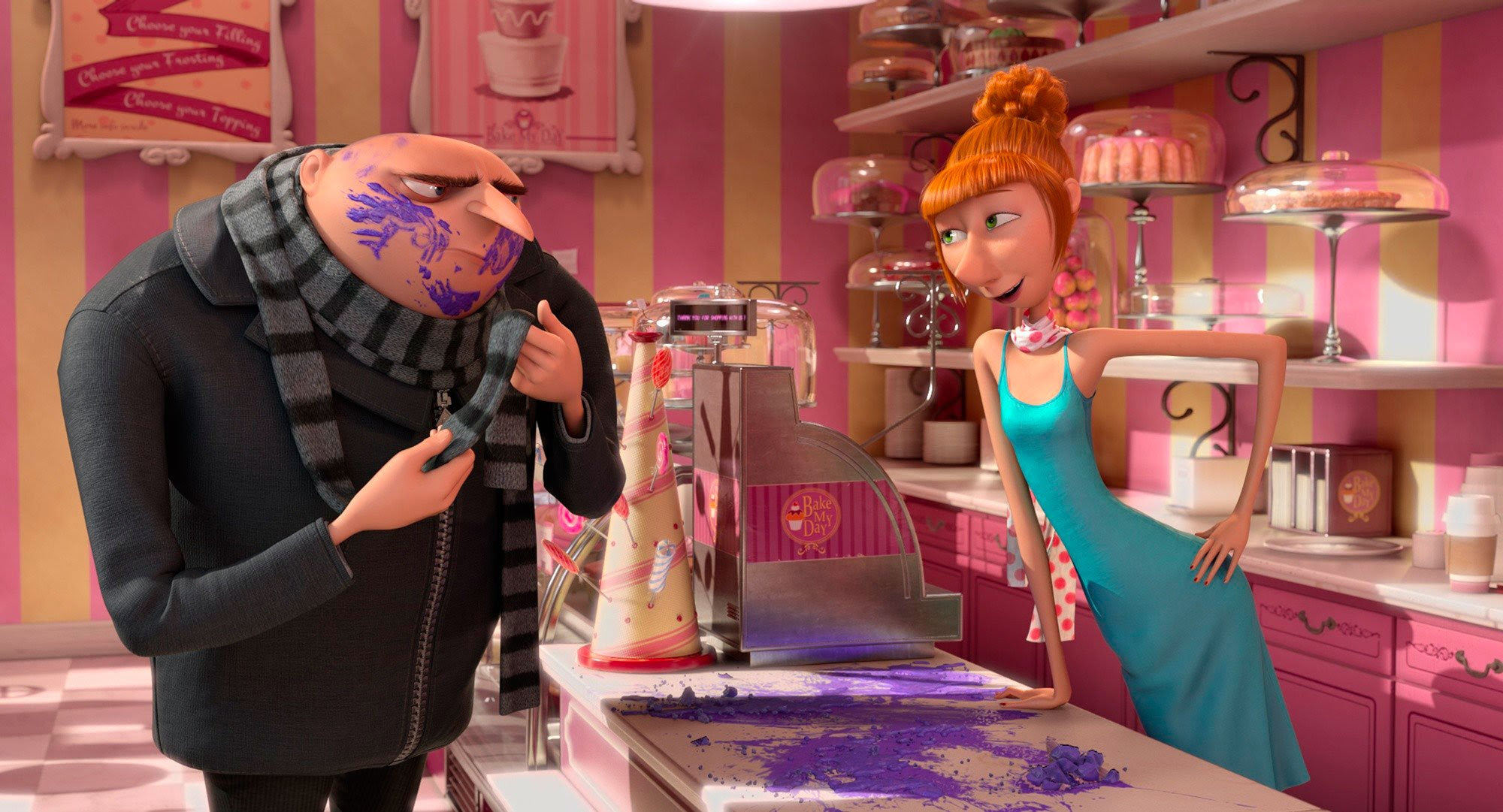