... Back in the excellent Photoclub (Naestved, Denmark) I attended as a teen, some were deeply into Ansel Adams’ “Zone System” of exposure. I was a complex system of making sure that your photo had tones all the way from black to white, but still had detail all over. As a major voice in the club said about it: “it can almost make you stop photographing altogether.” (Of course it was much harder to control contrast with film.)

And indeed I have found it important to remember that as Adams said, the Zone System is a teaching tool, not an artistic tool. Once one has learned to control tones, then one is free to make other choices. For example I have found that sometimes blocks of pure black without detail is much more expressive than the Technically Correct way.
(Granted, I didn’t have much choice in this case, but sometimes I’ve had.) 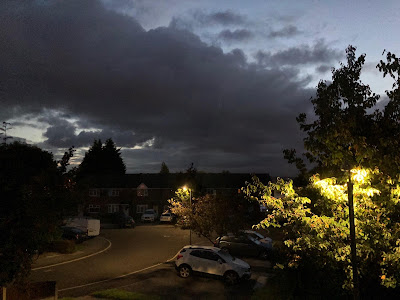 ... Aha, I found some of those pictures where I went Dark: 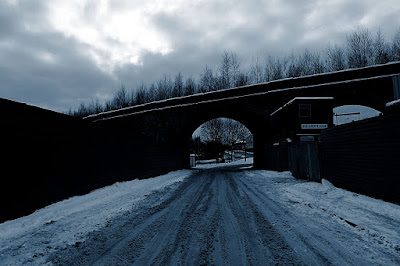 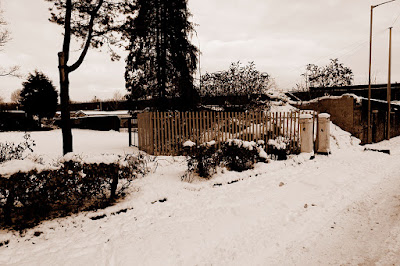 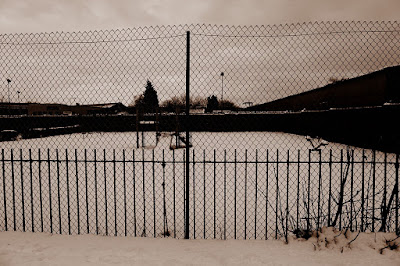 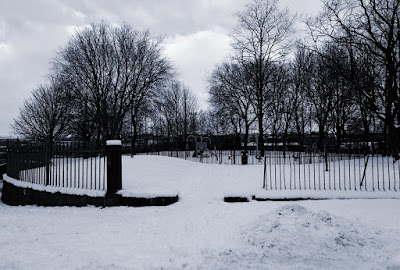 I didn't think Denmark got that much snow.

The Ansel Adam's Zone System had a lot to do with the fact that he was part of Group f/64.

From wikipedia:
f/64 was formed in opposition to the pictorialist photographic style that had dominated much of the early 20th century, but moreover, they wanted to promote a new modernist aesthetic that was based on precisely exposed images of natural forms and found objects.

For the pictorialist, a photograph, like a painting, drawing or engraving, was a way of projecting an emotional intent into the viewer's realm of imagination.
-------

I guessing that a pictorialist would care less about a sharp or precisely exposed image and care more about whether it conveyed the artistic intent.

Exactly.
And I’m caught sqarely between the two, uncomfortably!