I just recorded Legally Blonde. It's an excellent movie and comedy. Just the fact alone that her toy dog is named "Bruiser" is fall-down funny.

That is, rather unlike Legally Blonde 2, - Red, White And Blonde, which frankly speaking sucked three sheets of donkey stick through pristine plastic.
Really, it was the greatest drop of quality since Spin City season six. I can see I'm not alone in this opinion, it is substantially lower in average rating on Amazon, which is quite a rare achievement on a popular movie, since the big numbers of ratings tend to even things out.

Anyhoo, Reese, I could eat her Witherspoon. 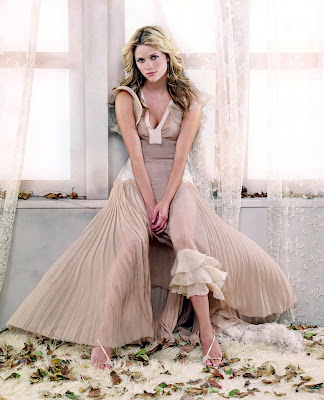 Just the fact alone that her toy dog is named "Bruiser" is fall-down funny.

To be honest that was one of the things I didn't like in this otherwise great and very funny movie. It's kind of standard for people to name their small dogs names like that. Another example is Waylon Smithers' Yorkshire Terrier "Hercules."

Although the sequel sucked, it wasn't as bad as you say. I've certainly seen far worse movies. Highlander 2 anyone?

Her first movie is "The Man in the Moon". Its very good.

Dave, OK, it's not a "Classically bad movie" like highlander 2, The Quickening. It was just surprisingly disappointing to me. I have tried twice to just finish it.

I did not know that toy dog names was often thus. Well, I had my laughs. Though I think Bruiser is much funnier than Hercules.

Though I think Bruiser is much funnier than Hercules.

It was just surprisingly disappointing to me.

It was. It could be added to the list of reasons why sequels are usually a bad idea. Unless it's something that already sucks, like Transformers, in which case a sequel couldn't possibly be any worse.