The cause of addiction? (holy macaroni!)

The Likely Cause of Addiction Has Been Discovered, and It Is Not What You Think, article.
If you get run over today and you break your hip, you will probably be given diamorphine, the medical name for heroin. In the hospital around you, there will be plenty of people also given heroin for long periods, for pain relief. The heroin you will get from the doctor will have a much higher purity and potency than the heroin being used by street-addicts, who have to buy from criminals who adulterate it. So if the old theory of addiction is right -- it's the drugs that cause it; they make your body need them -- then it's obvious what should happen. Loads of people should leave the hospital and try to score smack on the streets to meet their habit.

The funny thing is that this is right in front of our nose, and yet most of us still believe that addiction comes from the drug.

Nearly fifteen years ago, Portugal had one of the worst drug problems in Europe, with 1 percent of the population addicted to heroin. They had tried a drug war, and the problem just kept getting worse. So they decided to do something radically different. They resolved to decriminalize all drugs, and transfer all the money they used to spend on arresting and jailing drug addicts, and spend it instead on reconnecting them -- to their own feelings, and to the wider society. The most crucial step is to get them secure housing, and subsidized jobs so they have a purpose in life, and something to get out of bed for. I watched as they are helped, in warm and welcoming clinics, to learn how to reconnect with their feelings, after years of trauma and stunning them into silence with drugs.
[...] since total decriminalization, addiction has fallen, and injecting drug use is down by 50 percent.
-
Posted by Eolake Stobblehouse at Friday, January 23, 2015 6 comments: Links to this post

There seems to be some kind of universal "rule" that the expensive neighborhoods are north of a city, and the cheaper ones are South of it. (Anybody know any significant exceptions?)
Why should it be like that, that seems so weird to me, like 500 coin tosses all coming out heads. One should think that desirability of location would be by landscape features, not the Earth's magnetic field!
(Is it the same in the Southern hemisphere, or reversed?)
Posted by Eolake Stobblehouse at Friday, January 23, 2015 10 comments: Links to this post

Dances with powder.
(No, not that kind of white powder. At least I hope so, for his budget and for the dancer's health.) There is also a video.

Posted by Eolake Stobblehouse at Friday, January 23, 2015 2 comments: Links to this post

An older couple were lying in bed one night.
The husband was falling asleep but the wife was in a romantic mood and wanted to talk.
She said: "You used to hold my hand when we were courting."
Wearily he reached across, held her hand for a second and tried to get back to sleep.
A few moments later she said: "Then you used to kiss me."
Mildly irritated, he reached across, gave her a peck on the cheek and settled down to sleep.
Thirty seconds later she said: "Then you used to bite my Neck."
Angrily, he threw back the bed clothes and got out of bed.
"Where are you going?" she asked.
"To get my teeth!"
_____________________________________
DOWN AT THE RETIREMENT CENTER
80-year old Caroline bursts into the rec room at the retirement home.
She holds her clenched fist in the air and announces,
"Anyone who can guess what's in my hand can have sex with me tonight!"
An elderly gentleman in the rear shouts out, "An elephant?"
Caroline thinks a minute and says, "Close enough."
__________________________
OLD FRIENDS
Two elderly ladies had been friends for many decades.
Over the years, they had shared all kinds of activities and adventures.
Lately, their activities had been limited to meeting a few times a week to play cards.
One day, they were playing cards when one looked at the other and said,
"Now don't get mad at me...
I know we've been friends for a long time but I just can't think of your name.
I've thought and thought, but I can't remember it.
Please tell me what your name is."
Her friend glared at her.
For at least three minutes she just stared and glared at her.
Finally she said,
"How soon do you need to Know?"
_____________________________________
SENIOR DRIVING
As a senior citizen was driving down the highway,
his car phone rang. Answering,
he heard his wife's voice urgently warning him,
"Vernon,
I just heard on the news that there's a car going the wrong way on I85.
Please be careful!"
"Hell," said Vernon,


"It's not just one car. It's hundreds of them!"
Posted by Eolake Stobblehouse at Thursday, January 22, 2015 No comments: Links to this post


I tuk too from Ministri's "Ze Mine Iz A terrable Ting To Taist", 4 it's a rekord wich must be remembarred!! Takking bout Minstry, doen miss this!
Posted by Eolake Stobblehouse at Tuesday, January 20, 2015 No comments: Links to this post

What if Michael Bay Directed "UP"?


Michael Bay is the director who is happy and proud that his crew is terrified of him. How do I know? He said so himself on a commentary track! (Transformers 1) He mentioned gleefully how when he was coming to the set in a bad mood, somebody would run ahead and shout "Coming in hot!", like the young boys in The Wire who ran around shouting "Five-Oh!" when the police were coming.

The one below is very critical, but it has some good points.
And M Bay recently walking off a stage because he was unable to say a few words about his process when the teleprompter broke? Whu?

(There are many of these "Honest Trailers", but be warned: don't watch them if they're about movies  you liked.)
Posted by Eolake Stobblehouse at Tuesday, January 20, 2015 3 comments: Links to this post 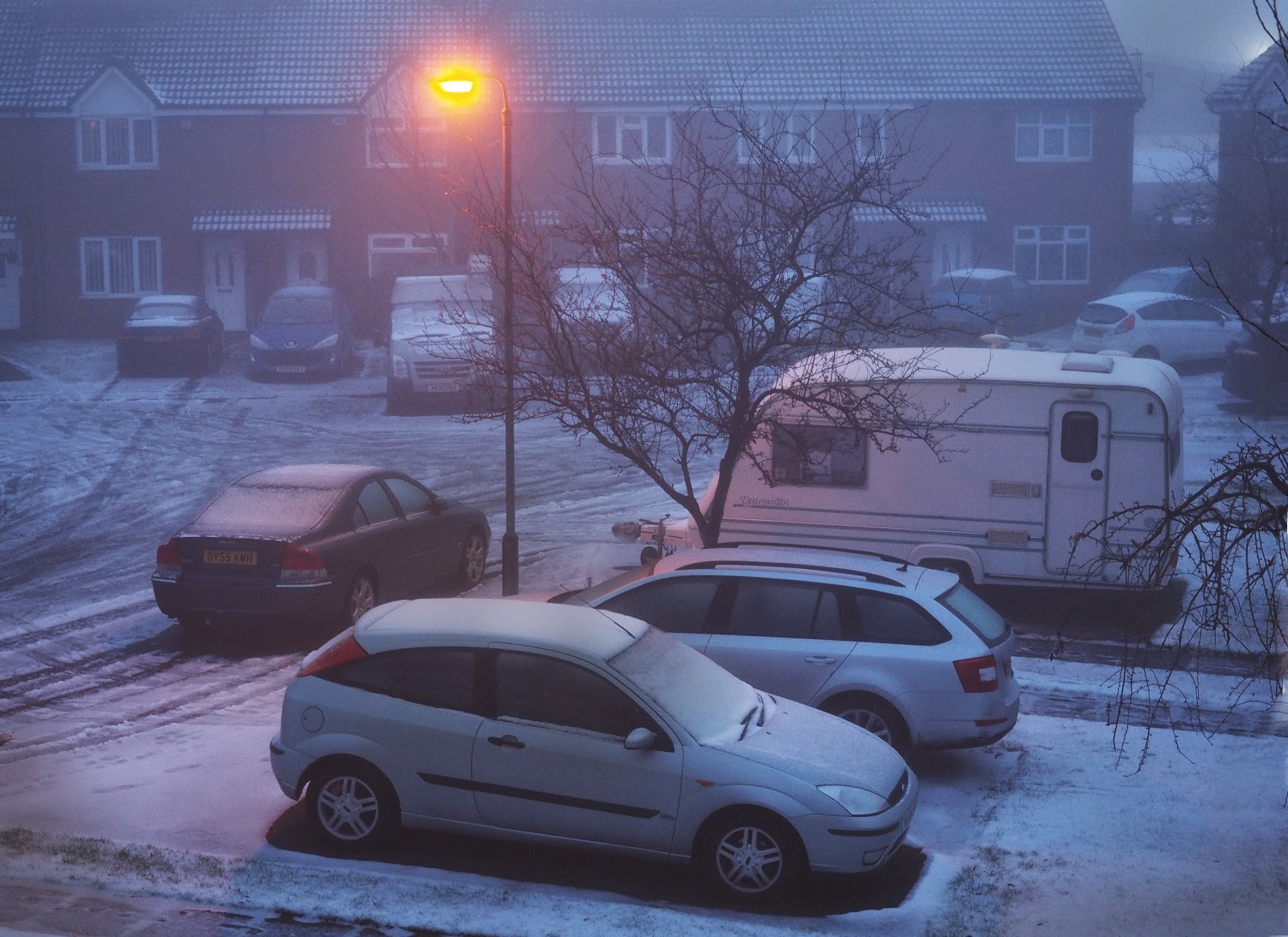 
Update:
Laurie Jeffery said: Excellent! What equipment did you use?

Thanks, friend.
Olympus OM-D E-M1, with the pro grade 12mm-40mm F:2.8. (It's the equivalent in view angle and image quality to the Canon and Nikon 24-70mm 2.8 zooms, but much more portable (and with a notch more reach).)
It's nice to have such a sharp and fast zoom. With a slower lens I'd had to use a tripod, and there was no time for that, light changes very fast with the sun close to the horizon, and indeed, on my last frame, the street lamp had been turned off!
And I still consider the E-M1 to be the best all-round camera there is right now.
Posted by Eolake Stobblehouse at Sunday, January 18, 2015 8 comments: Links to this post