Astonishingly real Audrey Hepburn shills chocolate in new commercial, article.
(The video may be viewable only in UK, but this article has more pictures.)

Well, I would never have guessed that this was a CGI human. They have done it. Virtual actors will come. I was wondering when it would happen. (Of course making a whole movie is another thing.) They did start with an actress, but in the end they had to make a fully digital Audrey. Impressive result.

I wonder if they had to pay her estate and get their agreement to use her likeness? I mean such legendary beauty is worth a *lot* of money! (Such beauty is like a force of nature.)

Another thing is that I would personally debate the ethics of using dead celebrities in advertising. They can't tell you if they would have agreed or not, and they don't get their slice of the cake. It is parasitical.

Posted by Eolake Stobblehouse at Friday, March 01, 2013 17 comments: Links to this post

Remodelling a Figure in Photoshop

I think that perhaps the devil in humans' minds is the very deep and ingrained desire to never see anything as it really is, if we possibly can help it.

My eye is so untrained that the finished product is no better than the original. Someone obviously wants it different, for some reason.

Yes, that is a very interesting point. All these multi-corrections which are now apparently de-rigeur in fashion, seem rather arbitrary to normal people (and apparently I'm normal enough too think so myself).
I use a much wider variety on Domai, I rarely retouch, and yet all the models are generally considered very attractive. And even those I reject, often others will say "what's wrong with her, I just see an attractive young lady".
And the reality of it makes it much more relevant. I look at an actress in FHM, and it looks like a plastic doll.

Posted by Eolake Stobblehouse at Friday, March 01, 2013 3 comments: Links to this post

Bert found this. Dang cool! Talk about a practical invention.


(The frame is treated, so all the colored water collects in the middle!)
Nanotechnology: the limits will not be reached anytime soon! Will be exciting to watch things which will come from it. Just for one thing, I believe that it will beat the heck out of traditional production methods one day when it comes to dramatically pushing back the limits for how strong, light-weight, and cheap we can produce things. Not to mention miniaturisation. 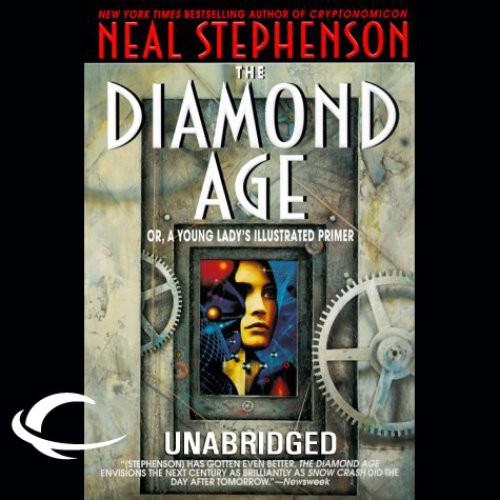 The Diamond Age: Or, a Young Lady's Illustrated Primer by Neal Stephenson (I still think it may be his best book) is a fabulous SF book which in the middle of all the drama explores the possibilities of advanced nanotech manufacturing. If you know of another good one, do speak up.
(Nonfiction too, by the way. I just bought "Physics of the Future", but the reviews are a little bit mixed.)
Posted by Eolake Stobblehouse at Friday, March 01, 2013 5 comments: Links to this post

I'm still enjoying the feast of extras on the ParaNorman discs... One of the brass says that the wonderful thing about the movie is that it has the message that you don't have to fit in, that sometimes your best qualities are your oddest qualities, maybe the same ones which make you a bit of an outsider. 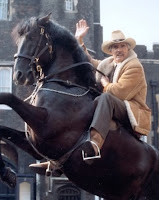 But I think he may be overlooking that so many books and movies do that! It may even be a majority. Just think back to such a simple character as policeman McCloud from the seventies. He was a cowboy in the big city, and he was a kind of rebel, he always got chewed out by his boss because he was never "playing by the rules". But he got his man. You know the thing, it's everywhere.

I think the really weird and wonderful thing is that in stories, we all celebrate the brave misfits. But in reality, we never do! What is this fantastic, universal double standard? This great blindness?

"...the message that you don't have to fit in, that sometimes your best qualities are your oddest qualities, maybe the same ones which make you a bit of an outsider."

That's not a very good lesson to be teaching kids, though. When you're young you have to fit in. As an adult you can be yourself. It sounds like it should be good advice to say "be yourself" but it's not - people who conform have happier - if less interesting - lives. As someone who definitely didn't fit in, but also someone whose quirks didn't lead to fame and fortune (although I woudln't have wanted the fame) I'd trade that for just having been normal.

I think this gets into a very deep area. Very difficult to put hard rules there.
I will do a little to fit in, I never had any weird haircuts for example. But beyond a certain point you just can't change yourself. Not without committing violence to yourself.

And while it's admittedly very difficult to learn, I do believe that it's healthy to work towards not caring too much what others think.

But sure, it's true that it makes for a smoother life if you whittle down a bit of the worst of the edges which poke others too much. If one doesn't try to get along, energy is wasted on conflict which could be used constructively.

Posted by Eolake Stobblehouse at Thursday, February 28, 2013 9 comments: Links to this post


If you were bigger and more stupid, you'd probably be a bully too. It's called 'survival of the thickest'. - ParaNorman

It is very interesting how, with this movie, they have merged CGI and computer production with stop-motion to hitherto undreamed-of levels. For example, with 3D printing making the faces, instead of perhaps 200 different facial expressions possible with usual face-exchange stop-motion, they can now have 200,000 different ones! (Don't ask me how they keep track of 200,000 slightly different puppet faces!)

Also with that technology, they get the same translucency as in real skin, instead of the dead surface of paint or clay. And they can bake in the color in the brand new Color 3D printers, so for example a character can have hundreds of subtle freckles, and they all stay in place through thousands of different facial expressions, which couldn't be done with painted faces, which was why in Coraline for example, the faces had very bland colors. 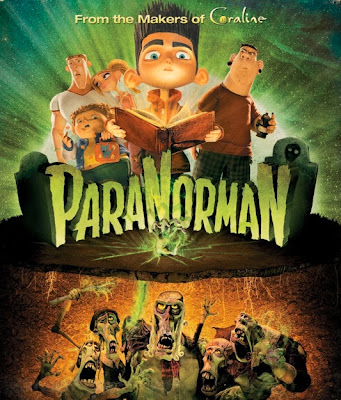 I really like the designs, the characters as well as the streets and buildings and all. There is not one straight line in the whole movie. Even when they show a web page, it's all crooked! 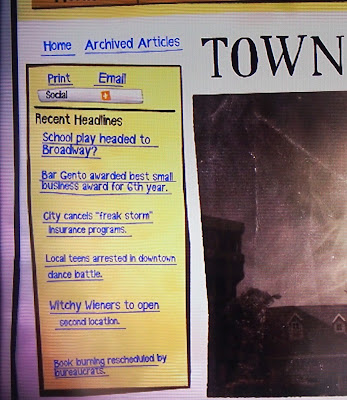 (I wish I could make my web browser look like this.)
Posted by Eolake Stobblehouse at Tuesday, February 26, 2013 No comments: Links to this post