This is funny.
I like that 1) her dream animal is a sloth of all things. 2) She not only senses this unlikely thing in another room, she is totally certain.


I have a friend (hi Peter) who does that, he always knows when I've arrived no matter where in the building he is, or if there's noise so he can't hear the door. Maybe it's my sloth-like nature. (When I was a kid, I always used to hang upside down in/from various things.)

And myself, when I was in my twenties, I rented a room with an old lady, who rented out many rooms in her big flat. She was always polite and pleasant to me, but some people didn't like her at all, and I think it was due to her suppressed resentment of having to share her home for financial reasons. (Great, great apartment, corner view over the Copenhagen lakes.) Whatever it was, when I had to use the kitchen, before I even left my room, I always knew if she was in the kitchen. It never failed. It was like she took up the whole kitchen.

Update: she had the apartment with the rightmost of the the two far towers here:

Must be utter premium space in Copenhagen. If the camera lens had been a little wider, we could have seen the lakes on the left. (They are square lakes, remnants of a huge moat. (Much wider than what you normally think of as a moat.)
Posted by Eolake Stobblehouse at Friday, February 03, 2012 5 comments:

Wow, I don't know what is more offensive: the language (and tone) of this video (rap video), or the thought of how much money they used to make this ad (a car ad starring J. Seinfeld).
Well, all right, I'm leaning towards the first one. But then it has a head start in that it is designed purely to offend, it has no actual content except intended offense. Pretty interesting "culture" phenomenon.
Posted by Eolake Stobblehouse at Thursday, February 02, 2012 3 comments:

The World's Most Expensive Photo I wouldn't have thunk it. And I doubt the buyer really love the photo 4.5 million dollars' worth, it's surely speculation. "Duh", you may say, but I find it interesting that probably the whole business of fine art is being held up not by people actually like the art, but by speculators who are betting on what artist will escalate in value.
It's a bit heart-breaking to somebody who when he was young dreamed of living as a painter and really thought that people paid for something because they actually liked it.

Fine Art is different in this way from music and books and films because 1: it's not usually mass-produced, so it has to cost a lot for one picture. 2: Most people have quite limited wall space, so once that is filled, they rarely go "art shopping", and if they do, they usually go to the warehouse to find a $30 frame-poster combination that they like. And most people just don't have tens of thousands of dollars floating around just to throw at something they happen to like.
Oh, and 3: it's only a very, very tiny fraction of people who feel very strongly about visual art. For most, it's just something to stop the wall being bare, and it should match the sofa. I have a feeling that many more people feel strongly about music, if anything.

The problem as I see it is that when speculation is the driving economic force, it creates the odd factor that anything can become the deciding factor. Promotion and fame, for example, and infamy. For instance, rotting pig corpses will be sold as fine art for insane prices, when in a gallery in a side street 200 yards away, really lovely works hang unsold on the walls.

Sure, taste is a wide field, and nobody should be taste dictator. But if not for the speculation factor, I really doubt that any art lover would pay premium prices for rotting pigs, stuffed sharks, and cans of human shit.

But then occasionally you hear of an artist who is not famous but still sells all he makes for good prices. In fact my uncle and aunt are like that, for a hobby they make little statues of animals and faces in stone, and they sell like hotcakes. You don't hear about these people and I doubt anybody has made statistics, so I am kind of curious about how many people in the world are in this fortunate situation.
Posted by Eolake Stobblehouse at Thursday, February 02, 2012 9 comments: 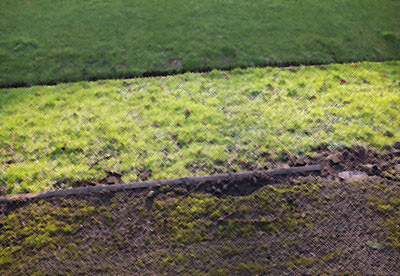 I'll nip down to Strategic

If you can stand a dog dancing, this is a fun one.
Posted by Eolake Stobblehouse at Wednesday, February 01, 2012 2 comments:

Like I said, the Konica Hexar was an usually compromise-free camera. This extends to the size: in an age where every 35mm camera was compact, the Hexar was surprisingly chunky. But it looks great and it has an outstanding lens (I read a review back in the nineties that it was at least as good as Leica's 35mm 2.0 lens, and of course the latter was more expensive and did not include camera and autofocus and autowinder.)
Mike Johnston (The Online Photographer blog) told me that the rumor was that Konica made the Hexar after Leica had declined or pulled out of a suggested cooperation.

I think I'll take it through its paces a little. So what's the 35mm film to get these days you think? (400 ISO, B/W). Is Kodak out of the picture? I heard they went down, but I haven't read up on it yet. (I'll forego the darkroom, I see that developing and scanning is surprisingly cheap these days, cheaper than 15 years ago.)