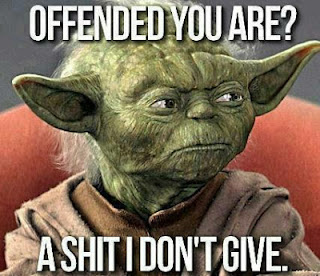 Posted by Eolake Stobblehouse at Friday, July 27, 2012 2 comments: Links to this post

Fine art can be practical too 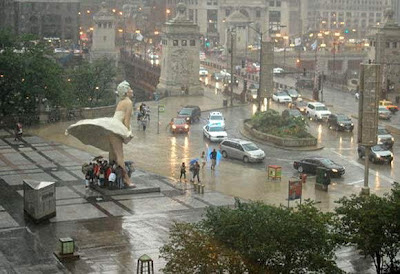 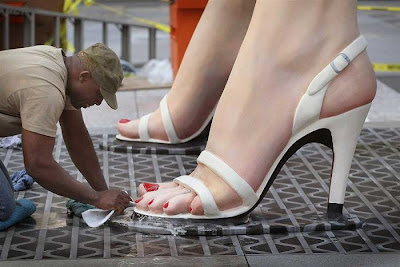 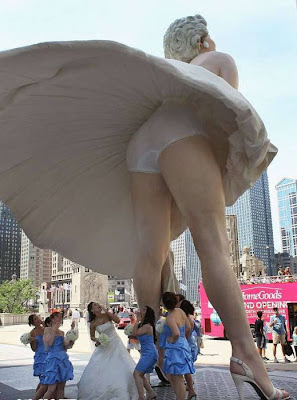 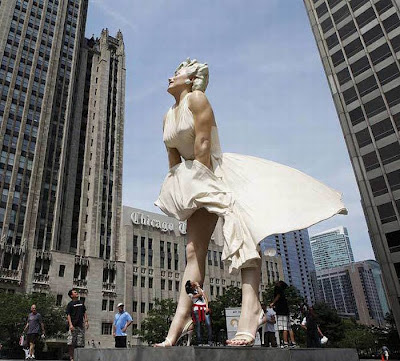 Posted by Eolake Stobblehouse at Thursday, July 26, 2012 4 comments: Links to this post

Posted by Eolake Stobblehouse at Tuesday, July 24, 2012 No comments: Links to this post

The dark side of Steve Jobs (updated)

The Story of Steve Jobs: An Inspiration or a Cautionary Tale?, article.
Jobs has been dead for nearly a year, but the biography about him is still a best seller. Indeed, his life story has emerged as an odd sort of holy scripture for entrepreneurs—a gospel and an antigospel at the same time. To some, Jobs’ life has revealed the importance of sticking firmly to one’s vision and goals, no matter the psychic toll on employees or business associates. To others, Jobs serves as a cautionary tale, a man who changed the world but at the price of alienating almost everyone around him.

Me, I'm sort of stuck in the middle of the Steve Jobs biography, just because I find it hard to stomach much more of the acrid, distasteful, unnecessary rudeness and bile which was Job's main output on a personal level.

Many see it as a necessary part of the power and compromise-free way Jobs ran things. But I will claim that it is virtually never necessary to be rude or unpleasant. Many of the greatest leaders in the world are unfailingly polite and pleasant. You are dealing with adults who understand the language. If you tell them in clear words what is wrong, they will understand. there is no reason to include shouting, personal insults, or words like shit and shithead.

Being impolite, much less being so dramatically, continually, and unapologetically, is not a minor matter compared to business accomplishments, it is a major failing as a human, and unnecessary.
It's even bad for business. Treating people like shit immediately doubles the problems you will have with them, and the numbers you will lose.

Update:
Ken Evoy (sitesell.com), one of the most successful marketing gurus on the web, wrote to me:

I've met many leaders in the toy business and in the Internet.
Personalities vary widely.  BUT...
The most common single unifying character feature is vision and the ability to transmit it such that it permeates the company, both bottom-up and top-down.
Everything else? Optional. Obviously, Jobs' vision and absolute insistence on the highest levels of work "allowed him to get away" with behavior that many talented people would normally not tolerate.
We once partnered, in toys (pre-www), with a company who had grown from nothing to a few hundred million dollars in 5 years.  Brilliant marketer, but he was a screamer.
He screamed at at least one person, in front of everyone, in every meeting. Over a period of months, he had screamed at everyone several times, except for me... perhaps he sensed he wouldn't get away with it. One day, I got my screaming-at.  He disagreed with something we were doing. I don't even remember if he was right or wrong.
I do remember, though, waiting until the meeting was over.  I button-holed him in a private spot and told him quietly, out of earshot of anyone else...
"I don't care if we have 2 successful products with you, if you ever scream at me again like that, here's what will happen...
1) I will punch you in the nose and I have NEVER been violent and
2) I will leave the meeting and terminate our licensing agreements.
I am open to criticism of all sorts, even sarcastic, but not belittlement."
The culture of fear, on the other hand, was obviusly a strong motivator and it "worked well" for him.  BUT... if you are going to manage like that, don't ever lose your touch. Because fear/belittlement turns from being a strong (negative) motivator to hatred, disloyalty and defections.
It's not my style. And it's not an approach I'd suggest. A company built on mutual respect, where Team Leads hold accountable, yet, but positively, where programmers learn to tolerate a "dumb" technical comment from a support person, for example, and calmly explain the error... that's the type of company I want. That can't happen if it's not the attitude at the top.
Take care, Eolake.
All the best,
Ken

You can talk about anything if you go about it the right way, which is never malicious.
-- Rodney Carrington
Posted by Eolake Stobblehouse at Tuesday, July 24, 2012 17 comments: Links to this post

Canon has finally  joined the mirrorless changeable-lens camera brigades. They had to, sooner or later, given that the trend to this seems bound to take over the world.

Unlike Nikon, they have chosen a large sensor, in fact the full APS-C sensor which they long have used in their DSLR cameras. But unlike the Pentax K-01, they have not kept the long distance between mount and sensor which the mirror once dictated. This means that you need an adaptor to use old Canon lenses, but it also means that the camera and the lenses can be much more compact. In fact it appears that this camera is rather smaller than the one-lens Canon G1X, a bit of an accomplishment.

It seems that the pre-production samples of this camera are not very fast with the focusing, something much of the market will not forgive, so let's hope for Canon this is dramatically changed when the camera hits the market.

Unlike Fujifilm, but like Nikon, Canon is aiming at the amateur market with this camera, as can be seen in the small size and the largely screen-based user-interface. In contrast, Fuji's X-Pro1 is surprisingly large and has manual dials for shutter speed and aperture. It's also said to have second-to-none image quality.

I think I'm only theoretically interested in this camera, the Canon, at least so far. With the developments this year in Micro Four thirds, especially the high-quality cameras and lenses from Olympus, it seems very unlikely that a family camera from Canon will present anything to lure me away.
Posted by Eolake Stobblehouse at Monday, July 23, 2012 5 comments: Links to this post

Bert found this interesting blog about photography, Ming Thein, for example this article about candid shooting. Posted by Eolake Stobblehouse at Monday, July 23, 2012 7 comments: Links to this post

Here's a good trick not many know about, I suspect. If you want to surf a site, but you want to make sure that cookies, logins, and personal data do not spread to other sites (For example Google forces you to be logged in with the same login on all their billion sites, youtube, blogger, etc.). Then you can use an app like Fluid to make a one-site browser. It's simple an isolated browsing app which you use for only one site. (Can be for security too, like your bank or Paypal.) Fluid is for Mac, but I'm sure windows has similar apps.
Posted by Eolake Stobblehouse at Monday, July 23, 2012 No comments: Links to this post 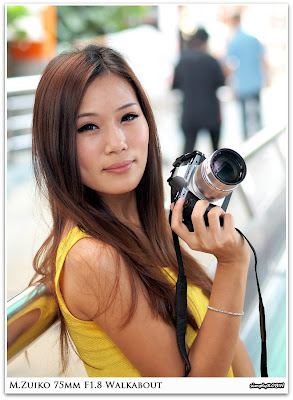 There is no getting around it: that is a very, very attractive lens and camera.
Posted by Eolake Stobblehouse at Monday, July 23, 2012 3 comments: Links to this post

Dreams and Goals, article on The Online Photographer.