The hot tech idea right now is smart-watches. Here is a "leaked image" of a Google prototype. I see they have scaled down the Apple-like graphic user interface. Good on them.     :-)

It looks powerful, but can it run Instagram?
(The big problem for Windows 8 right now is that there is no Instagram app for it. The company is actively making their users appeal to the makers to make it! Wow.)
Posted by Eolake Stobblehouse at Saturday, March 23, 2013 3 comments:

BookRX makes book recommendations based on what you put on twitter, and what the people you follow put up. It seems promising.
Posted by Eolake Stobblehouse at Friday, March 22, 2013 No comments: 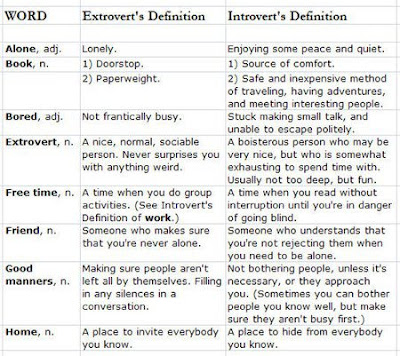 Eric Idle's Universe song.
This could only have made by Idle, he has a quite unique talent, both as writer and singer.
Posted by Eolake Stobblehouse at Friday, March 22, 2013 No comments:

I'm a bit ambivalent about kids training hard, often it's the parents driving the whip over them, one gets the impression. But this is fun to watch, those two kids can really dance, not the least the rock portion in the last third. And not the least the boy, he has oodles of both talent and skill and he clearly loves performing, he'll be something.


"Just to be clear, I'm not signing on to be a sidekick. But you're right: fighting for this city needs to be done. And you're going to do it with or without me.
But with me, there'll be fewer casualties. Including you."

"Dick, I'm not looking for somebody to save me."

"Maybe not, but maybe you need somebody just the same. You are fighting a war, Queen, but you have no idea what war does to you. How it scrapes off little pieces of your soul. And you need somebody to remind you who you are. Not this thing you're becoming."

... And they shake hands. The hero, young, handsome and well built, with eyes as empty of reflection and experience as windows into the desert night. I doubt he would recognize anything scraped off his soul if it bit him on the ass.

Why are TV action show always written so damn awful? Toe-curlingly horrible? Among the 20,000 writers in Hollywood, some of them must be good, and surely one of those would be writing action if they paid him?

Also, I'm realizing what makes 'The Clint' special. He is and was the one action hero actor who has something behind the eyes. You can tell he has a mind.

By the way, this show is called Arrow. When I went back to it to write this down (I'd just caught a couple minutes), I realized, when he was called "Queen", that it's a Green Arrow show! They are trying to make a superhero show without a superhero, eating their cake and keeping it too. Good luck with that!

Funny thing: when I was a kid, the Danish translation of Green Arrow was "Red Arrow"! My guess is the Danish editors felt that a Green Lantern and a Green Arrow both in the Justice League was just too much green in one party. And they had a point. Why a green arrow exactly? The only connection with the color was from his sillier-than-usual origin story where he was a Robinson Crouso-like character, surviving alone on his wits and his... trick arrows??!!
I yield: the one thing sillier than TV action writing is the bulk of comics writing. I love comics, at least in principle still, but reading the history of virtually any superhero comic character on Wikipedia will give you a quick idea of the incredible silliness of those stories.

Aha: from Wiki:
When Mort Weisinger was creating the character, aside from the obvious allusions to Robin Hood, he took inspiration from a movie serial, The Green Archer, based on the novel by Edgar Wallace. He retooled the concept into a superhero archer with obvious Batman influences.[3] These include Green Arrow's sidekick Speedy, his use of an Arrow-Car and Arrow-Plane for transportation, his use of an Arrow-Cave as his headquarters, his alter ego as a billionaire playboy, the use of an Arrow-Signal to summon him, and a clown-like arch foe named Bull's Eye, similar to Batman's arch-foe, the Joker.

Update:
Pascal gave these links to the "Charles Atlas superpower" and the "badass normal", both about the idea in pulp fiction (from Tarzan over Doc Savage and up) that hard training can give you powers way above normal humans.
Posted by Eolake Stobblehouse at Thursday, March 21, 2013 12 comments:

I posted this pic before, but I just wanted to post the non-HDR version also, because I'm amazed at the difference HDR made. (High Dynamic Range, HDR, means a combination of more, different, exposures into one image, to expand the contrast the camera can cover.)
These files are direct from my iPhone 4S, no manipulation at all. The first is the middle exposure, which the camera kindly leaves in. The second is the combined exposure.
I've also noticed that in dicey light like this, combined exposures are often sharper than a single exposure. That itself is a boon, not the least because the iPhone does not have anti-shake.
Behold the added light to the ground, and the wonderful tones in the sky, which just weren't there in the single exposure. 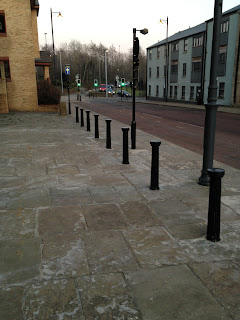 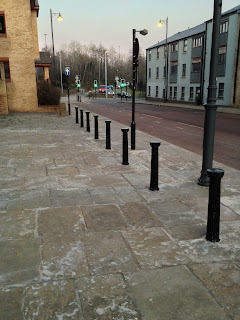 "Why My iPhone Is Better as a Dumbphone"

Why My iPhone Is Better as a Dumbphone, article.
How hard were those seven days? You can probably guess where this is headed: Not as hard as I had expected. I didn't even notice when I hit day seven, because I was already loving my new incapable iPhone.
I still impulsively reached for it when I got momentarily bored – in fact I still do, months later. But without an infinite supply of anything, I just put it back in my pocket.
Being bored turned out to be, well, sort of pleasant.

This is not some technophobe, this guy was a developer on Gmail.

We've had this subject up before, I find it very interesting.
Years ago when I heard "Net addiction", I got irritated. How could something so useful, so wonderful, be seen as an "addiction"? Well, the thing is, it can be both. It is powerful communication, and therefore can be powerfully good. But nothing is so good that it can't also be bad, or at the very least an addiction as well. Work can be addictive, exercise can be addictive, education can be addictive.

The problem is not in the subjects themselves, the problem is in us. Even hard drugs would not be a problem if we did not all of us have inner pains and conflicts which are so difficult that we try to run away from them, and that is just what an addiction is. A distraction. Or a pleasantry to cover some unpleasantness.

[Thanks to Bert]
From McSweeneys. 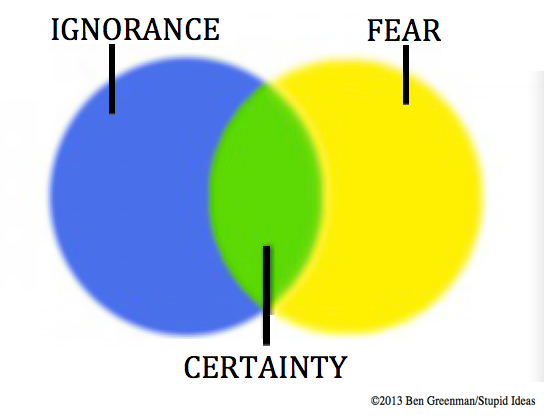 Posted by Eolake Stobblehouse at Wednesday, March 20, 2013 No comments: