Pimping out your compact

Michael Reichman of Luminous Landscape has a little article about a couple of items which can aid the use of a premium compact camera. He talks about the Sony RX100 (like I have done also recently), but both products can be used on selected other cameras too.

The first is the Franiec grip, which I have bought for two earlier cameras and love. (It's great how it looks totally integral to the camera. Not a single person will get the idea that it's a hand-made accessory.)

The second is new, ClearViewer, a close-view lens for the screen on a viewfinder-less camera. (There is nothing on the sides, though the photos don't make that clear. But it helps with glare anyway.)
Posted by Eolake Stobblehouse at Saturday, August 18, 2012 1 comment:

The war on photography

Thanks to tOP for pointing to this interview on the criminalisation of photographing in public.

tOP says:
Photographing in public is legal in a free country and public officials do not have the authority to systematically and persistently deprive citizens of rights clearly granted to them by their Constitution.

Indeed. It's simply a broad oppressive attitude and action, like any other discriminative action by authorities.
Posted by Eolake Stobblehouse at Saturday, August 18, 2012 No comments:

It seems the material turns hard in the instant it's struck, and distributes the force of the impact over a larger area. I've heard of such things for a while, and it was imagined in the famous SF book Ringworld from 1970, if I recall right.

This article says:
These materials, also know generically as “rate-dependent materials,” work by having their molecules freeze in place when struck hard, but are pliant when moved gently — just like water, which is a rate-dependent material of a sort. If you lower yourself into a bath there is little resistance. But slap the water hard with the flat of your hand and it will leave your palm stinging.

I think the latter is just platypus, though. With water it's just enertia, water is dense and can't get out of the way fast, so it feels hard to hit fast. (A speedboater said he'd rather fall of his motorcycle than his boat.)
Posted by Eolake Stobblehouse at Friday, August 17, 2012 4 comments:

Posted by Eolake Stobblehouse at Wednesday, August 15, 2012 No comments:

I thought I might have posted this before, but couldn't find it, so here it is. One of Joseph Koudelka's best photos. 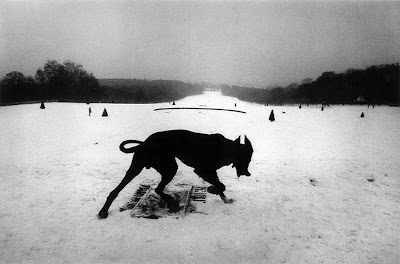 I want to kill the guy who invented hand-held TV shows. Or at least the guys who mindlessly copied the idea. OK, I can see the use on an edgy cop show, but that is a drunk cameraman doing on shows like Modern Family and The Office US? It adds nothing.
Posted by Eolake Stobblehouse at Monday, August 13, 2012 1 comment:

[Thanks to Ray and others]
I think we had this, or something similar, up at some point. But it speaks simply about some very important basics which desperately need attention.

Why can banks legally create money out of thin air?
Why do governments borrow money from banks at interest to be paid by taxpayers, when governments could just make the money themselves?
How did the vampires come to run the world?


Ken said...
Basically, the banks only create money if there is an increase in debt. So if the government wants to restrict the amount of money all they have to do is to deter people from borrowing by increasing interest rates. That would also constrain asset prices. Actually at the moment in the US money is disappearing as deleveraging occurs and borrowings decrease.

A more philosophical point is: how come they get to, and others don't? If you could just write "a million dollars" on a piece of paper and lend it out at interest, I think business would be easier. Who made the banks God and Creator of the money world?

One at a time

Here's a rule I recommend: Never practice two vices at once.
-- Tallulah Bankhead

In other words: wait to light your cig until the philandering is done.
Posted by Eolake Stobblehouse at Monday, August 13, 2012 3 comments: 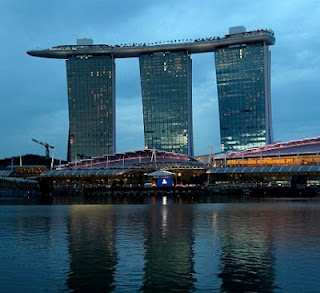