The wonderful thing about YouTube is that for free you can find many wonderful, thoughtful, and highly qualified reviews of almost anything. For example I wanted to gain some insight on the Otterbox case for Kindle 3, and right at the top of the search page was this gem.


At least the kid has a tripod though! There are many, many, many reviewers on YouTube who stand there filming with one hand while trying to manipulate the item with the other, clumsily. Just get a friggin' $30 tripod already, it's not brain science. Or rocket surgery. Either.

Posted by Eolake Stobblehouse at Saturday, July 23, 2011 No comments:

From Californication, TV show. Very funny. Be forewarned though, it's no accident that the title includes "fornication". And there's a lot of T & A. Some like it, some don't.
Posted by Eolake Stobblehouse at Saturday, July 23, 2011 3 comments:


The book, Xenofreak Nation, seems to have spunk too, so I bought it.
Posted by Eolake Stobblehouse at Friday, July 22, 2011 No comments:

One of my pet peeves is big companies' inability to name their products clearly. For example Amazon naming the third Kindle "Kindle" instead of "Kindle 3". And Apple naming every MacBook Pro model "MacBook Pro" no matter when it came out and what features it has. And camera makers seemingly having a system for naming ranges of cameras, but then breaking this system sometimes.

Another one is (British) TV channels. I'd recorded some Simpsons, and there was something else I was interested in, so I tried to find the same channel again. According to the logo and some weird and opaque Toyota ads, it was channel "T4". So I used about 20 minutes scrolling through the list (don't get me started on the slow, low-rez, and clunky cable interface), and I couldn't find it. But I did find following other channels with "4" in them:

Niiiice and clear what everything is and where it came from and what it has.
There are hundreds, these are just the ones with "4" in them!
... Did a bit more research: apparently it's a program (sorry, "programme") called "T4" (don't give it all away now), not a channel. And yet I couldn't find the program at the given channel and time.
Anyhew, not important, just something that stuck in my craw.
I'm guessing it's a lot less opaque to somebody who has grown up in this country, watched the average 4-5 hours of TV a day, and seen the channels come in one by one. Maybe. Or maybe they are too apathetic to give a hoot.
Posted by Eolake Stobblehouse at Friday, July 22, 2011 No comments:

[Thanks to TCGirl]
Knockoff Apple stores in China, article.
I knew they shamelessly copy fine art and electronics, but whole Apple Stores? Holy Moley.
Be interesting to see if Apple can do anything. A friend of mine makes fine art bronze statues, and he's devastated to see rip-offs of his work in shoddy materials come from China at a third of the price. But of course he can't do anything about it. If Apple can't either, I doubt anybody can, and we just have to hope that this is a "phase" China is going through until the day they are proud enough to really want to sell their own original stuff. Might take a while, I haven't heard rumors of big waves of Chinese engineers and designers. But maybe "proud enough to want to sell only legit stuff" will be good enough.

Update:
TCGirl found this new article. The blog post has had influence.
The proliferation of the fake stores underlines the slow progress that China's government is making in countering a culture of a rampant piracy and widespread production of bogus goods that is a major irritant in relations with trading partners.

Indeed. I am sure it brings a lot of money to the country, so they are probably not trying all *that* hard.
Posted by Eolake Stobblehouse at Thursday, July 21, 2011 7 comments:

Posted by Eolake Stobblehouse at Thursday, July 21, 2011 No comments:

I never really thought that Olympus' Micro Four Thirds line of cameras/lenses quite lived up to their promise. Well, they do now, and then some. Overall, this seems like a quantum leap in quality and speed.
The cameras now have some of the fastest autofocus you can find anywhere. There's touch-screen focusing and shutter release like on the new Panasonic models. And the new 12mm lens (24mm-equivalent) has some of the most exotic features I've ever heard of in one lens, remarkable in such a compact one. The new portrait lens (45mm 1.8) is surprisingly economical, it'll be interesting to see if the quality holds up to the rest of the system. (The sensors themselves apparently display clearly better quality than earlier generations, that's not often seen in a good system.) Expansive previews here for the E-P3 and smaller E-PL3. They both seem very attractive. I'm not sure yet for the raison d'etres of one over the other. Though the latter is smaller and has a tiltable screen, so... If one dislikes zooms, this system makes a good candidate for a two-body system for street- or travel-shooting, one body with a wide-angle lens, and one with a portrait/tele lens. And the new one of the latter kind seems nicely compact: ... Should be good for throwing in a bit of compressed perspective and blurred backgrounds into your travel shots, something usually missing from compact cameras.
Posted by Eolake Stobblehouse at Wednesday, July 20, 2011 1 comment:

Will you cover that!

Posted by Eolake Stobblehouse at Wednesday, July 20, 2011 No comments:

Why Privacy Matters Even if You Have 'Nothing to Hide'

Why Privacy Matters Even if You Have 'Nothing to Hide', article.

It's a surprisingly hard point to make, and I don't even think this article does it well, it waffles a lot.
Posted by Eolake Stobblehouse at Wednesday, July 20, 2011 5 comments:

That record is full of ear candy. Perhaps more can be found here.

"I've developed some special talents because I work with men. One is selective hearing."
- Amber Martorelli, animator 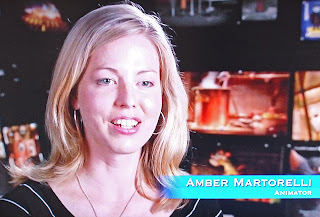 ----
From the extra features on the Ratatouille blu-ray disc.

In the olden days women were not animators, they were at best "paint and line girls". But Pixar of course has animators of both sexes, though the women are in a minority. But they look better and probably smell better. And animate just as well, otherwise they'd not be at one of the top animation studios on the planet. 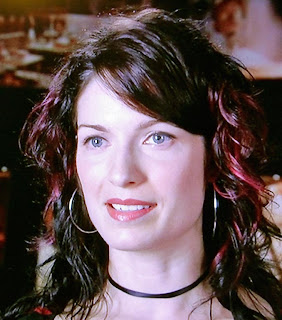 
I didn't know much about Patti, but I've now bought the album, Horses, on iTunes.
Posted by Eolake Stobblehouse at Monday, July 18, 2011 6 comments: