I have been complaining for years and years (it's not so bad as it was) about 95% of the images on the WWW being way too small.
Now this is how to do it! Click on the Plus icon, and the image of the gorgeous wing desk fils the whole screen, even on a 30-inch monitor, and not being scaled up either. Excellent.
When you're selling something expensive, of course you want to give people large, clear pictures of it, unless it's crap.


It's from Restoration Hardware. And if the desk seems familiar, it's probably from 2.5 Men. 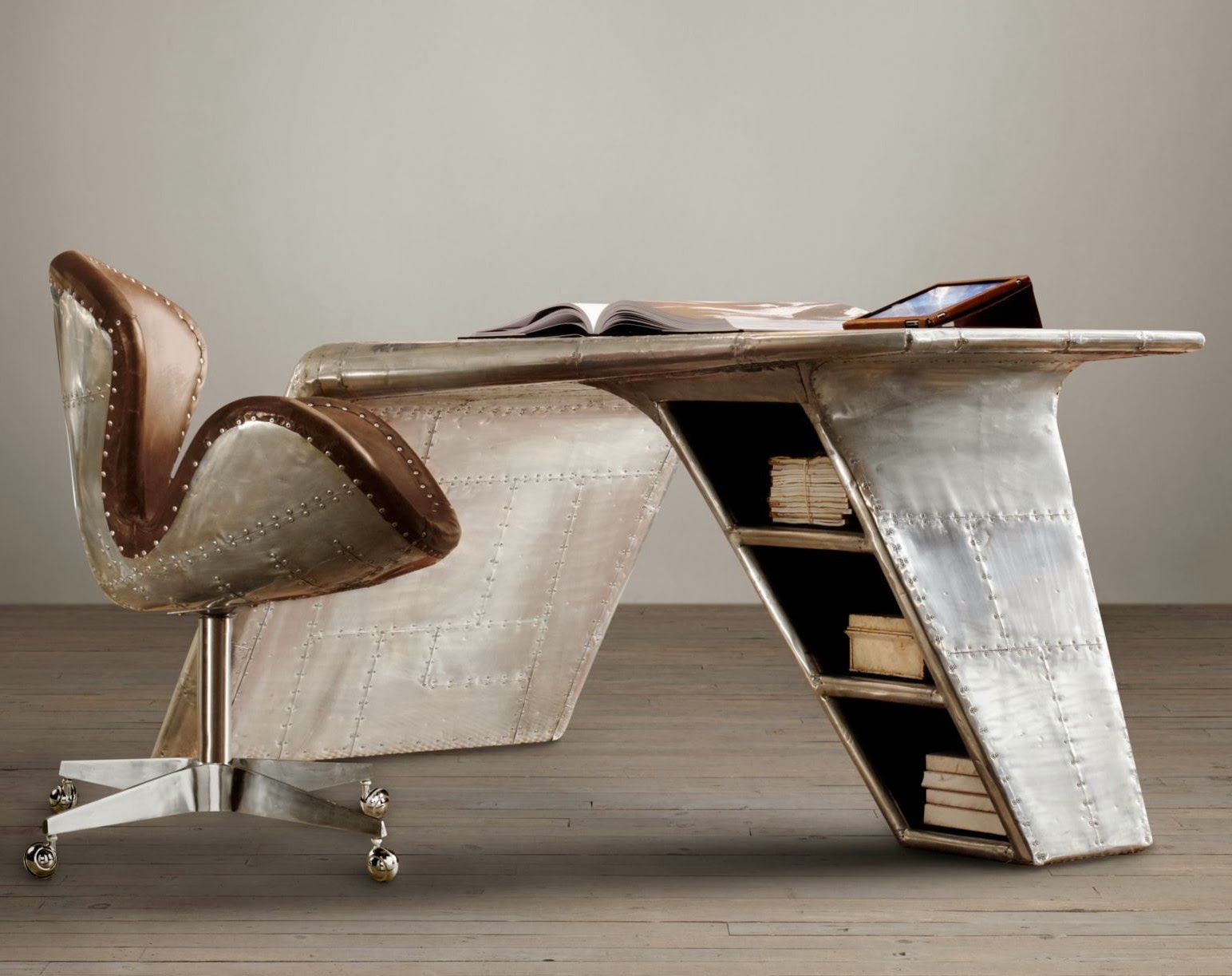 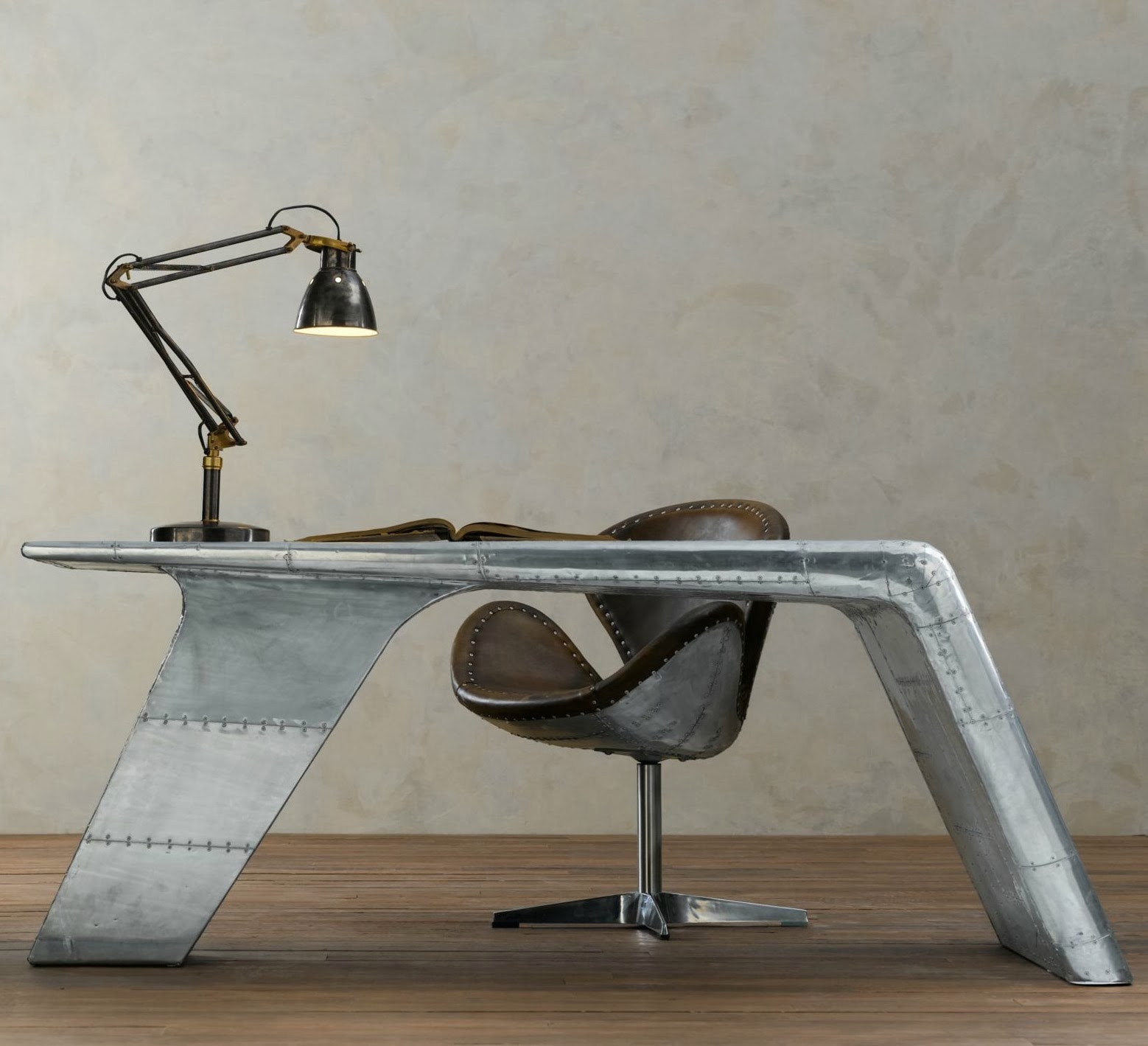 By the way, RH has a big, beautiful PDF catalogue which you can get for free. (Actually I forget if it's just an iPad app, or it's for Android and computers too.)
Posted by Eolake Stobblehouse at Saturday, February 22, 2014 6 comments: Links to this post

Posted by Eolake Stobblehouse at Saturday, February 22, 2014 3 comments: Links to this post

I honestly doubt I could learn to use this (or that I'd need it since I am neither a gamer nor a programmer), but it's interesting if for no other reason then for how durned different it is.
King's Assembly Kickstarter page (already very successful, amazingly given how different and pricey this is). 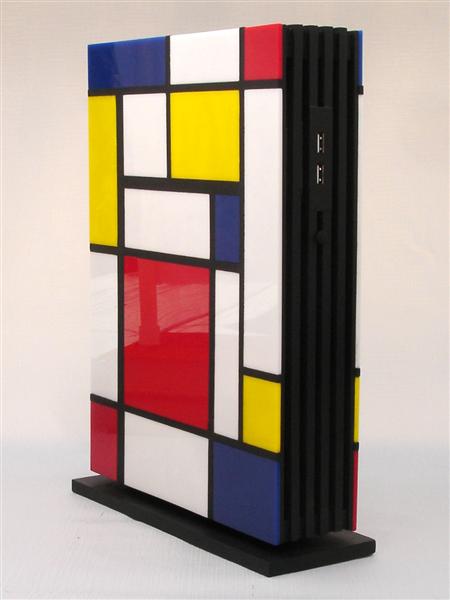 He states the acrylic tiles are hand-cut. I wonder if he makes them from acrylic paint or what. Update: I asked, and Jeffrey says: "I cut the tiles from colored cast acrylic [plexiglass] sheet", and links to the project.
"I spent a tremendous amount of time sanding edges to get a perfect fit." 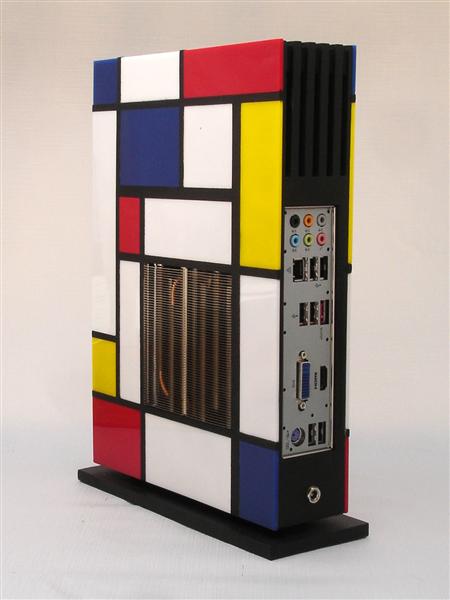 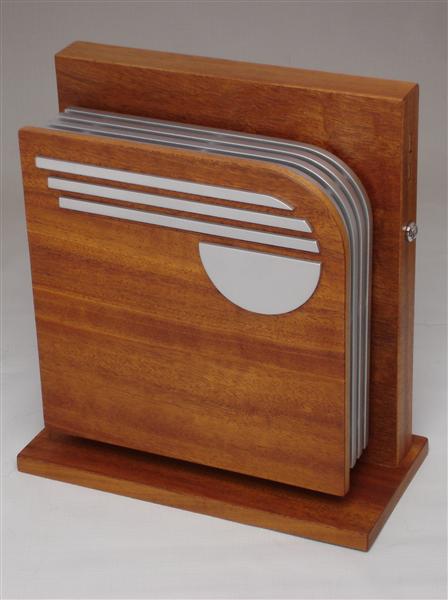 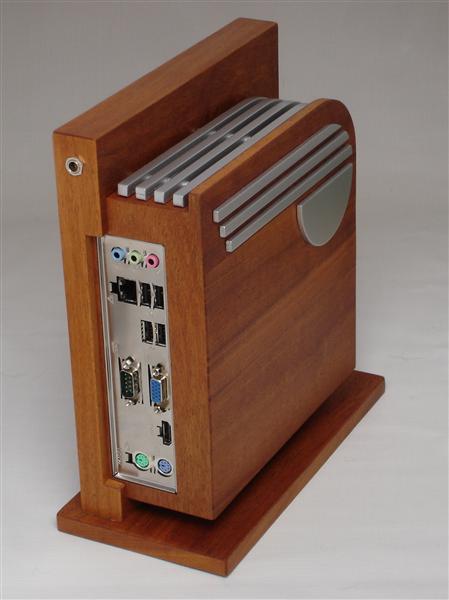 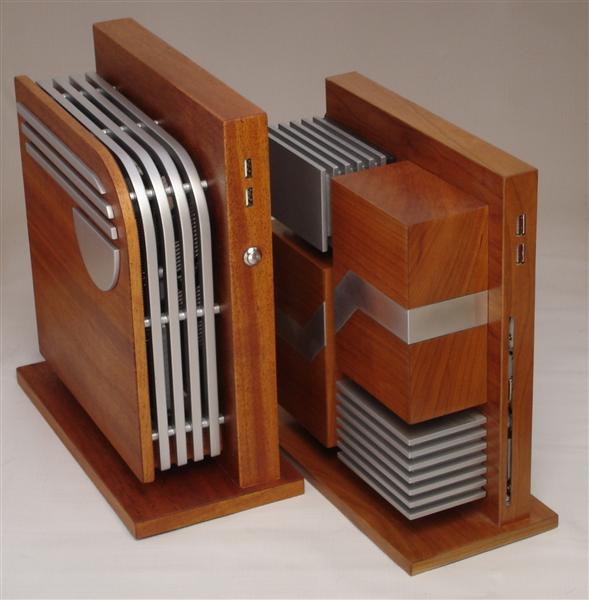 Posted by Eolake Stobblehouse at Thursday, February 20, 2014 3 comments: Links to this post

Albeit not yet at quite amateur-level prices, of course.
Article.

Garry Winogrand: Women are beautiful
The book can be found, at a price.

From tOP:
the 1975 book consists of 85 snapshots of fully clothed women, mostly on the street, who Winogrand (1928–1984) apparently found attractive. It somehow managed to be prurient and sexist all the same, and continues to be fodder for academic feminism to this day.
His least popular project, he struggled to find a publisher for it, and it sold poorly. Today a copy of the small, indifferently-produced book can sell for anywhere from $245 to $3,000. [...] In light of the book's weak sales and the bafflement of both critics and the public at the time, Winogrand threatened to do a sequel and joked that he would title it "Son of Women Are Beautiful."

Well, at least he could laugh about it. I find it a sad indicator of the puritanism and twisted "morality" this world still suffers from.

As the founder of Dirty Old Men's Association International (and its web site), I'll have to weigh in on "Women Are Beautiful".

I once planned, and may yet do, exactly such a project as Winogrand did her, beautiful women as main subject in street photography.

I fail *completely* to see how this is sexist. Everybody, including women, likes to look at beautiful women. Why not photograph them?
If somebody did it with men, I might be slightly less interested, but certainly not judgmental about it. Why would I be? When women admire another man, I don't get upset. When they occasionally admire me (openly enough that it penetrates my absent-mindedness), I get flattered.

Attraction is a natural part of life and nature. If it wasn't there, neither would we be. To be ashamed of it, or judgmental, is irrational. I think that kind of judgement is based either on jealousy ("not only may you not touch another woman, you may not even look at one") or shame ("I'm ashamed of my thoughts, but it helps to judge you severely for having them also").

Posted by Eolake Stobblehouse at Tuesday, February 18, 2014 6 comments: Links to this post

Avoid condensation and mold on your camera and lenses

Keep Your Camera Safe in Cold Weather, article.
Over time, this water works it’s way into lenses, and onto sensors. Mold can grow inside lenses, ruining the image, and particles that may have been shaken free by the internal sensor cleaning now become adhered, which quickly become hundreds of spots in the skies of photographs.
- 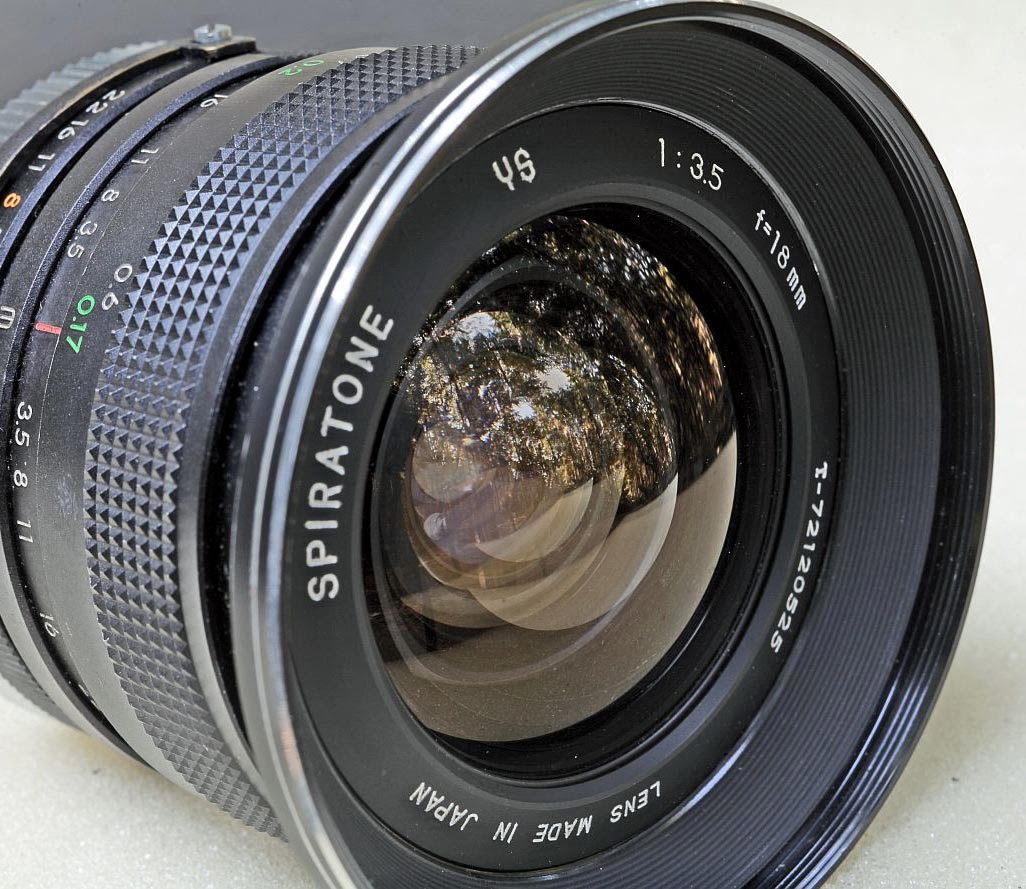 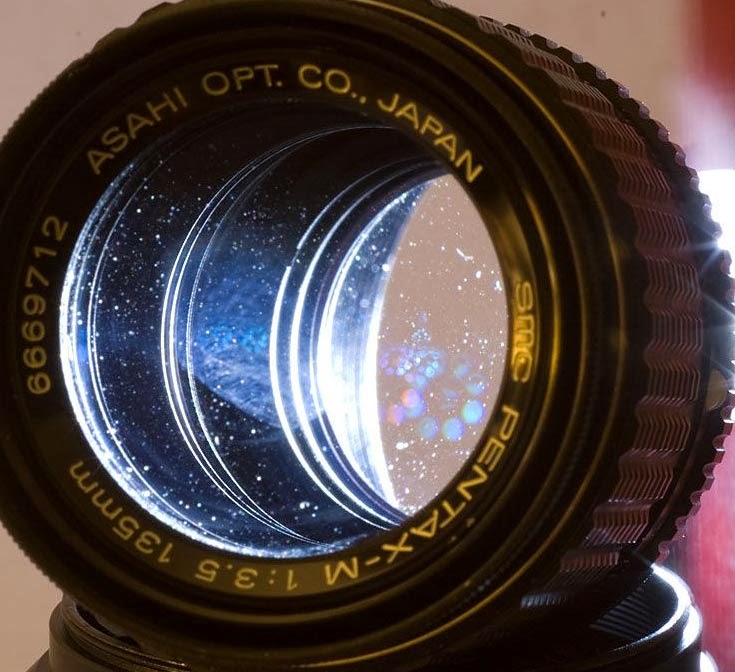 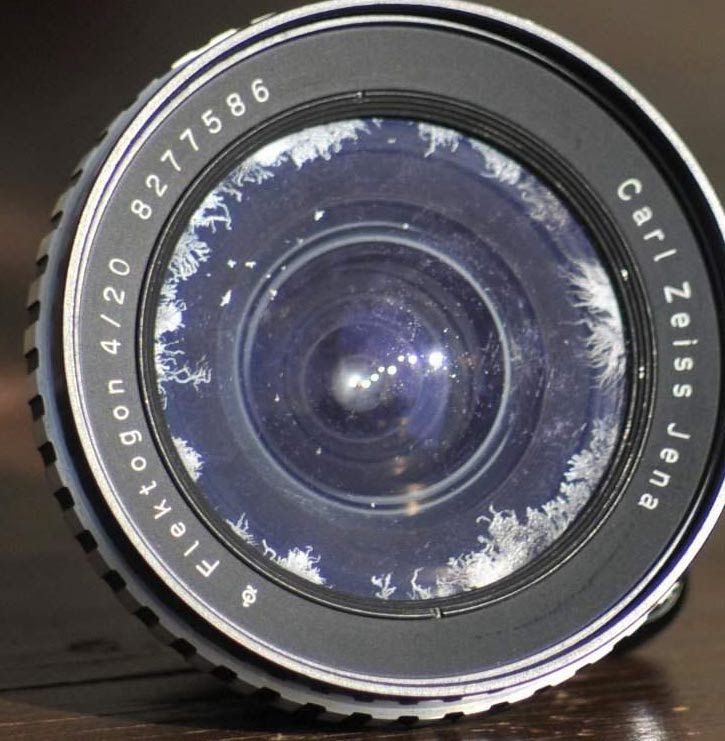 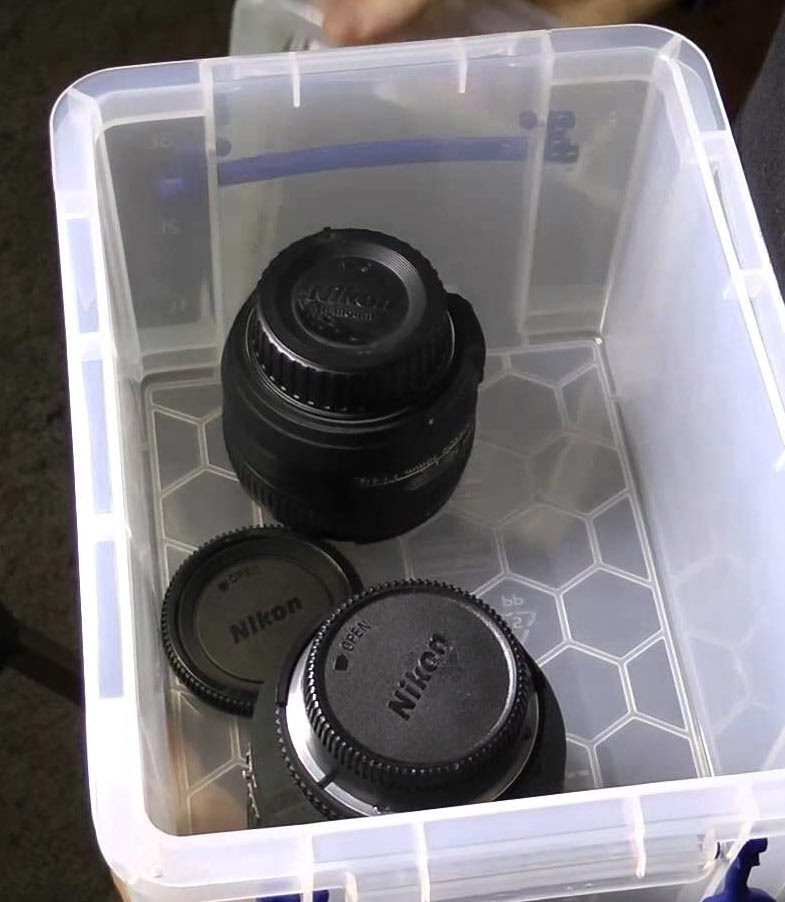 An airtight box such as above may help, but it is not strictly necessary. The main matter is that the camera and lenses do not go suddenly from cold to warm environs, They should be wrapped for an hour or so, to warm up gradually and not get condensation. (The thing is that warm air will hold more moisture, so when it cools down, it dumps that moisture in the form of water.)
(Good idea to take out battery and memory card before going indoors, so you can charge/copy those without delay.)
Posted by Eolake Stobblehouse at Monday, February 17, 2014 1 comment: Links to this post

Lumix G 35-100 f2.8 : Is it a DSLR killer?, video and article.
One more perspective on the mirrorfree revolution.

For extremely blurred backgrounds, you can't beat full frame, that's about the best reason left. But the image quality is about the same, and the M4/3 gear is almost half the price, half the weight, and half the size.

BTW, with Photoshop CS5's Quick Selection tool (by the Magic Wand), one can often make a good enough selection quite quickly, and then blur the background to heart's content. Example: 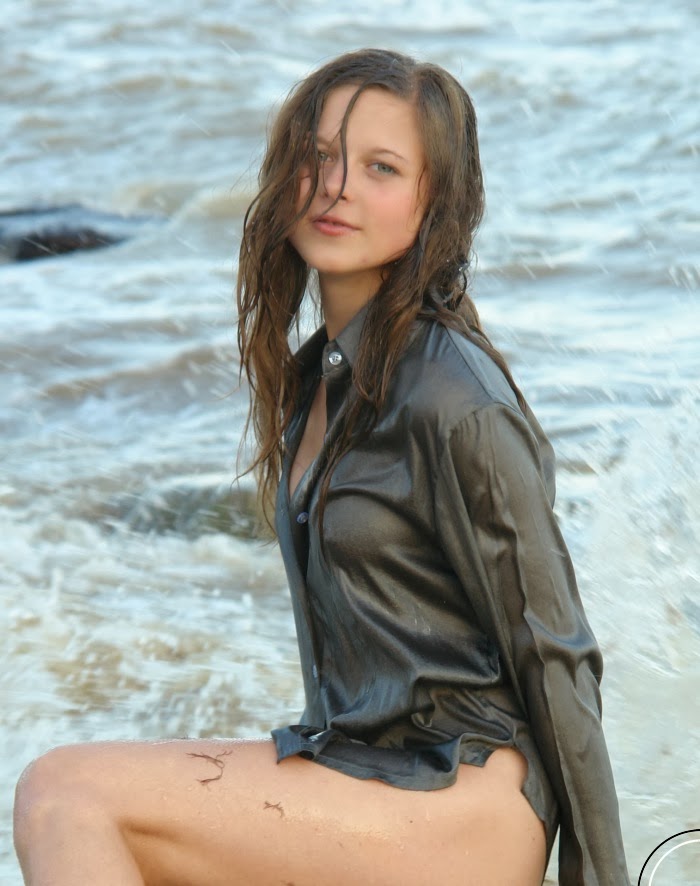 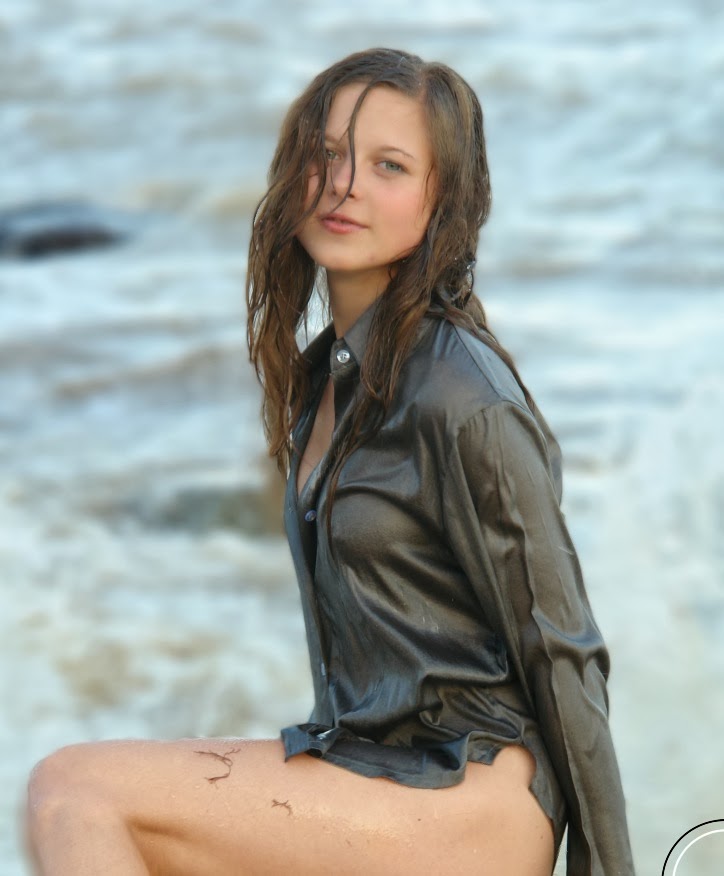 I messed up the selecting by her knee, but this was a very rough-and-ready job, took a minute or two even being not familiar with the tools.

In other words, if you only need very soft backgrounds occasionally, this is not even a reason to use full frame.
Posted by Eolake Stobblehouse at Sunday, February 16, 2014 No comments: Links to this post

British Court Charges The Mormon Church With Fraud Over Its Teachings

A British magistrate has issued an extraordinary summons to the worldwide leader of the Mormon church alleging that its teachings about mankind amount to fraud.

This could get interesting, to say the very least.
Have they though about which churches are safe if they win this case?

How can you prove something true or untrue?

How about we take this beyond religion. For example, scientists who takes monetary grants while professing the Big Bang theory. It's not easy to defend. If the universe started with a big bang, what was it that exploded? What was there just before that explosion? Who or what created time? Who or what created the explosion? If there was no matter and no time before the Big Bang, how can an explosion and Time come out of this, without non-physical causality?
OK, this may be funny, but seriously I am agog that the world's most promoninent scientists take this theory for the truth with a straight face. It's ludicrous.
Posted by Eolake Stobblehouse at Sunday, February 16, 2014 14 comments: Links to this post

Experts may not find much surprising here, but I found it an interesting overview of what's up with 3D printing. For example the new methods where you can print one object in more than one material are very interesting!
Posted by Eolake Stobblehouse at Sunday, February 16, 2014 No comments: Links to this post