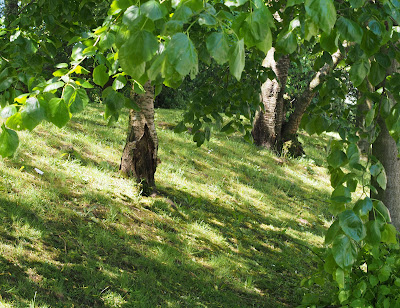 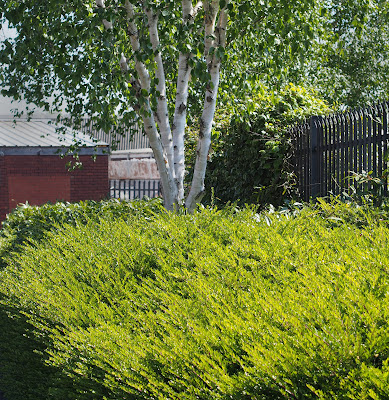 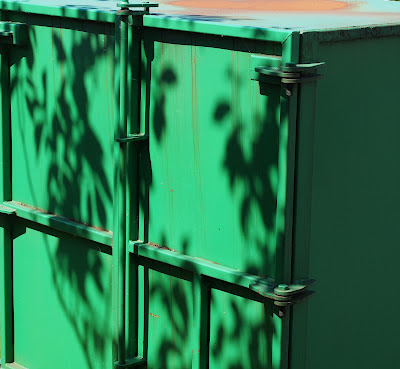 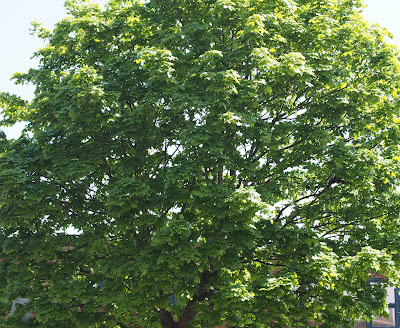 [Thanks to Jimmy]
The American West, 150 Years Ago, photo essay. Photos by Timothy O'Sullivan.
(Notice that you can now get even bigger pictures in these photo posts, selectable just above the first image.)

Now that is one hard-working photographer! Apart from the hardships of the wild west in general, and moving around in such a landscape, I think in those days they only had wet-plates to photograph on, which means that he had to pitch a tent with a darkroom whenever he wanted to take a photo, and develop the photo straight out of the camera. (Picture 12 shows his darkroom wagon.) 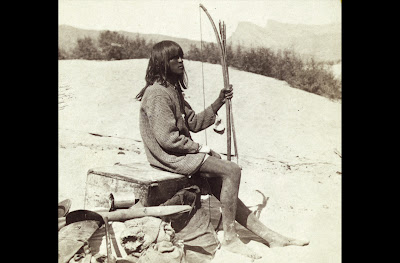 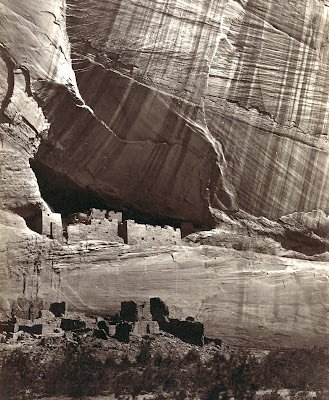 I love how they, in good subtropical manner, just stand around after,  batting around bugs and blame.
Posted by Eolake Stobblehouse at Thursday, May 24, 2012 3 comments:

I posted about this when it was still not official. Kewl lens. Great bokeh, dead sharp at full opening, see these samples, particularly the tree.
Article.

And, once again, a lens like this would be (and is) just colossal in full frame format. This is really handy-jim-dandy in comparison. This is what Micro Four Thirds was made for.

Apparently it's a bit special, it has 5 special lens elements, and the front lens is apparently polished to a precision not hitherto used in any commonly available optical gear.

The focal length, 150mm-equivalent, is a bit unusual, but heck, it could be of use for anything which might use a medium telelens of quality, particularly in poor light or when very short depth of field is desired. I can see it quite useful in various documentary work, or art- landscape/townscape work.
Posted by Eolake Stobblehouse at Thursday, May 24, 2012 1 comment:

Nikon's new "entry-level" camera D3200 has 24 megapixels! Man, that's nuts. Who, buying a $700 racecar-red camera needs 24 megapixels? Or the file sizes which come with them? And do those people have the humongous $1500 lenses you need to really exploit such a resolution? 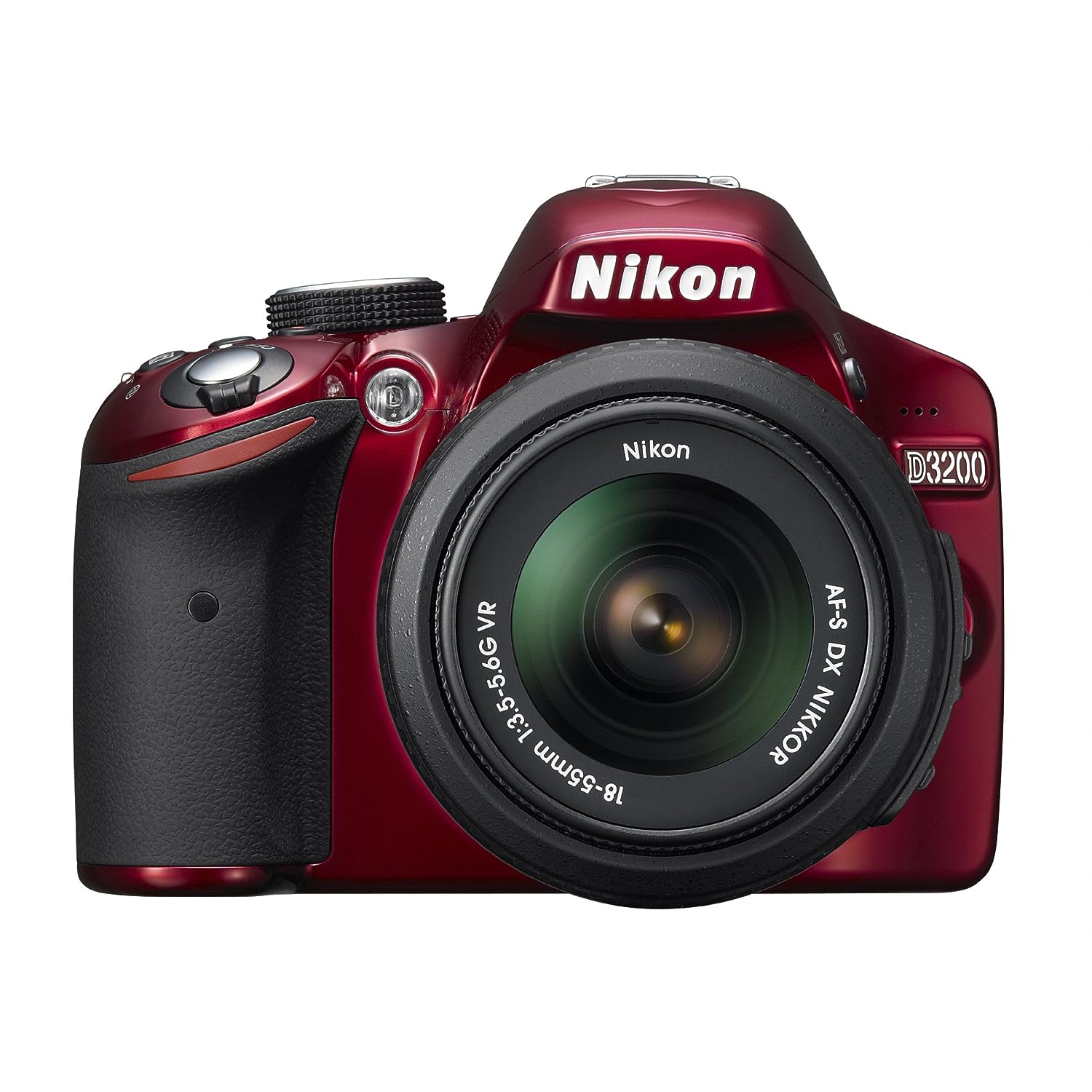 Posted by Eolake Stobblehouse at Wednesday, May 23, 2012 5 comments:

I think this is the first pro quality zoom for Micro Four Thirds. This Panasonic lens has the same zoom range and max F-stop as the lenses which are popular, but expensive flag-ship models for full frame cameras, 12-35mm F:2.8, equivalent to 24-70mm F:2.8 in full frame.  It's not quite as expensive as the Nikon or Canon equivalents, but it's not exactly cheap either, apparently 1200 Euros. But that's what one might expect for a weather-sealed top-flight lens.
Below is the rather handsome lens on the right, compared in size to an equivalent full frame lens.

My own reservation is that the zoom range simply is too short to really matter much. But longer zoom ranges makes for more compromises in quality or weight/size or price. But it depends on use. Unless it's for architectural photography or for critical large prints, I'm very happy with my Panasonic 14-140mm lens, it has not presented any glaring flaws in my use (unlike others I have tried which always had soft corners somewhere in the range), and that is one heck of a useful zoom range. (This lens has also tested better than the Canon and Nikon equivalents.) 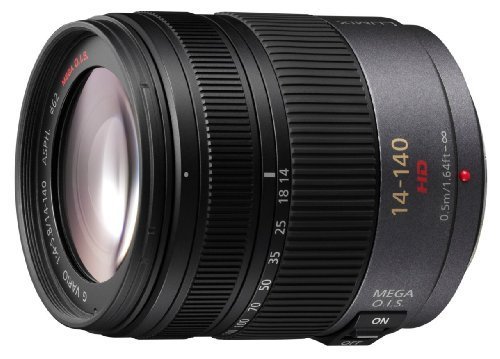 I've long been a bit puzzled and slightly dismayed by the sharp segregation between "genre" writings and "literature", where the latter strictly was about "real" people with "real" lives. In other words, ad executives struggling with difficult relationships with their father who is dying of cancer, and other riveting stuff, not. So it is nice to see these artificial walls finally beginning to crumble.

The self-professed hi literati has traditionally seen anything with SF or fantasy aspects as being "genre" and second-rate at best, not worthy of serious consideration on any level. This is stupid in the extreme, both on the face of it, and looking at the fact that many of the most classic and revered writings are SF or fantasy, Shakespeare has ghosts, Jules Verne wrote SF, Mark Twain wrote about conversations with the devil and speculated about the reality of the universe, Dante visited Hell and Heaven, Dracula and Frankenstein are amongst the most classic books ever written, and so on.
Posted by Eolake Stobblehouse at Monday, May 21, 2012 5 comments:

Some are reporting problems seeing my Twitter page. They get "Twitter may be over capacity" messages. But the page works fine for me. Does it work for you? (And in which country are you?)
Posted by Eolake Stobblehouse at Monday, May 21, 2012 2 comments: It's sad and typical, the pretty anchor starts by harshly accusing Travolta of "sexual misconduct" and sounding like there's talk about the most heinous crimes, and then a couple of minutes equally strongly attacking the people who are hunting this man who has probably only had adult consensual sex casually, something which I suspect these days is more common than smoking.

Gays have come a looong way in the past couple of decades. But clearly they, at least male gays, have not come so far that those who are really in the public spotlight feel they can risk coming out yet without damaging their career and life. I don't know of any big politicians or hollywood top stars who openly are gay or bi. But there are several in the music industry, at least female ones, so I guess we'll get there.

What is remarkable is how much hate it inspires. OK, so you may feel disgusted by the things gays may do, especially male gays for some reason, but this intense anger and hatred? Whuzzup with that? As long as they don't do it in the street and upset the pigions...
Posted by Eolake Stobblehouse at Monday, May 21, 2012 3 comments:

In the seminal film Wild At Heart by David Lynch, which features a lot of violence and a lot of smoking and closeups of lighting matches, the male lead by Nick Cage gets a laugh by saying that he's been smoking ".... since I was about... four." But he is beat by this kid, who at two is obese and smoking 40 cigarettes a day! It's pretty sickening. But it's easy to see by his professional ease with handling the cigarette that this is not his first.
It'll be interesting to see how long he lives if he continues like that.
Posted by Eolake Stobblehouse at Sunday, May 20, 2012 3 comments:

Posted by Eolake Stobblehouse at Sunday, May 20, 2012 No comments: