MP Smith's models and photos thereof are popular.
If I were him, I'd use something like Helicon software to combine exposure of different focus to make the depth of field greater, for improved realism. That would be the opposite of those making "fake miniature" pictures by using super-short DoF on real-world subjects. 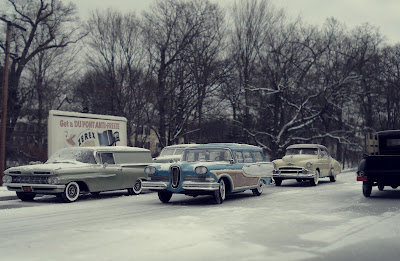 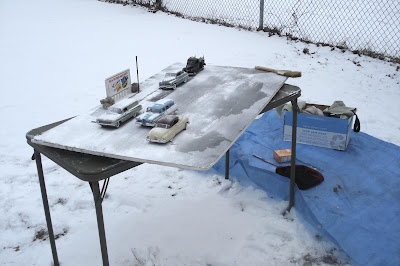 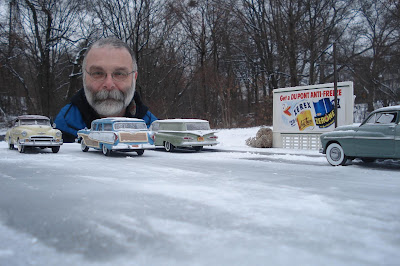 ... Ooh, maybe he does sometimes do that, look at the picture below. (I quite like that picture actually.) 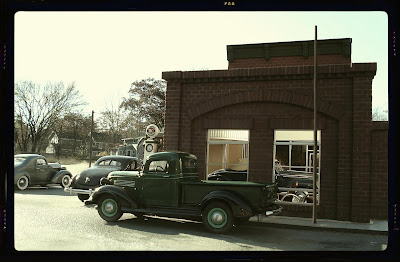 I think one of the things which makes (some of) his photos work so well is that he is not afraid of uneven light. In film and advertising, everything is usually so over-lit that all real shadow is gone, but in real world, light is often very uneven.

... this picture also comes much closer to what would interest me about making models and photographing them: making art with it. Something unusual and interesting. Maybe actual fantasy scenes. Or may creating architecture which does not exist in the real world. Or vehicles which don't exist in the real world.
Of course to do that well, one has to be a good concept artist and a good model builder, and I'm sure not many people are both!
Posted by Eolake Stobblehouse at Friday, February 19, 2010

"In film and advertising, everything is usually so over-lit that all real shadow is gone, but in real world, light is often very uneven."

Ask an advertising photographer about his use of light and shadow, buy a book on commercial ad photography, or study lighting and photography before you make insane allegations.

Go beyond the outside fence of your dinky town and discover reality.

Wow, KabelYaache, you're really on the war path today, huh.