This painting is by my friend Bernard Tate. 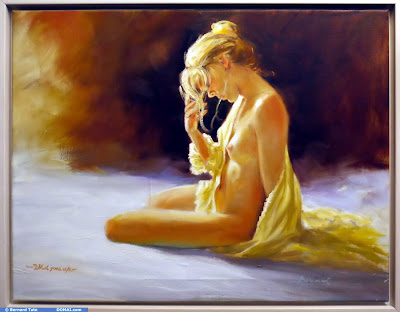 (Any relation with the Tate Gallery?...)

A painting? Wow, this is great.

I don't know if there's any relation to the Tate gallery.

I know! I wondered the same (Pascal! ;-) There otter be a 'Pascalian Dictionary' dinging around, somewhere on here! Dictionary.com just spit the word out and started laughing! ;-) (just playing w/you, Pascal! Oh...my stomach HURTS from ROFLMFSO!! :-)

"There otter be a 'Pascalian Dictionary' dinging around"

I think a 'Pascalian Dictionary' would have to be electronic, it would be too large for a paper version.

Eolake said...
"And a TCGirl one, for words like "otter".

"I think a 'Pascalian Dictionary' would have to be electronic, it would be too large for a paper version."

Hm! I don't see *my* name on the list for an electronic version! lol! I guess I need to sit down and come up w/some more words, huh...like "orthesh" or "shibseda" perhaps (my captchas! lol! ;-)

Okay, okay, so my Harrap's bilingual dictionary tells me (NOW that I've checked) that the proper translation for that little-used term in English is simply "intimist". Call me an optimistic for not verifying sooner! :-)
Sometimes I just make assumptions.

At times I love inventing new words, but I must confess that in this instance it was "abstotallutely inintentionalated".

"There otter be a 'Pascalian Dictionary' dinging around, somewhere on here!"
Tell your otters they're not gophers, TC...
(As in "gopher the gold, or don't bother".)
There HAS been a "San-Antonio Dictionary" to compile the vast linguistic (lingual?) creativity of genius French author Frederic Dard. Including a whole section dedicated to his newly invented sex positions. Who could forget "the Enchanted Flute", "the Envelope-Sealing Machine", "the Mustachioed Clarinette" and his famous "the Postman Always Rings Twice"? Not to mention "the Immaculate Contraception". (I warmly recommend you people try that one...)
The guy used to have great fun with words and vocabulary. He inspired my "acute listitis accesses".

"Dictionary.com just spit the word out and started laughing!"
Bah. That site's just a big meanie!
I bet it's very poor on big meanings, too.
It's also poorly behaved. Didn't you Mommy tell you never to spit in public? AND it's insufficiently culturivated.
What, am I the only one to think of checking for "intimist"? ("A vesperal foggy condensation in the privacy of one's home, propitious for romantic meetings".)

"my stomach HURTS from ROFLMFSO!! :-)"
It hurts so much, you're having trouble speaking, and me understanding your acronyms! Shouldn't that read "ROTFLMFSO"?
(And you dare criticize my vocabulary? "Sticks and stones, straws and beams, rubber and glue, so there!")
Now, young missie, behave like the grown-up you're supposed to have become: pick your hickuping teary-eyed self from the floor, and go get a mop to clean this mess you've made. Before we get visitors!
Go on, go on! I'll keep an eye on the site counter.

"I think a 'Pascalian Dictionary' would have to be electronic, it would be too large for a paper version."
Don't bother. I did like James Cameron, who waited for the technology to make Avatar: I've already got the blueprints for the POSITRONIC version. Zeroth Law, 42, fortitude, and all. The main databank will be hosted in Hyperspace. (To allow for hyperlinks, well duh!)
Still crunching up numbers to make sure the construction wouldn't cause an implosion of Space and Time and Everything. It all depends on how the gravity field behaves, whether it reaches critical mass in the Material Continuum.
"Critical mass", of course, is the service held for the funeral of the ever-dissatisfied guy. I'll have to double-check the invitations with the arrangements in Josie's will...

There's already been a Pascalian Calculator, mind you. Before the computer age programming language. Used that advanced abacus in my baby years to compute my crib escape plans.
Don't laugh: it's highly dangerous when your sheet rope is too long! Or your stilts too high for the fence.

"Hm! I don't see *my* name on the list for an electronic version!"
Nope, yours relatively is still simple enough to accomodate a cyber-bionic Femdroid. With whiskers.

Well, stuff the linguistics. I think it's a nice painting.

I have a new desktop wallpaper!!